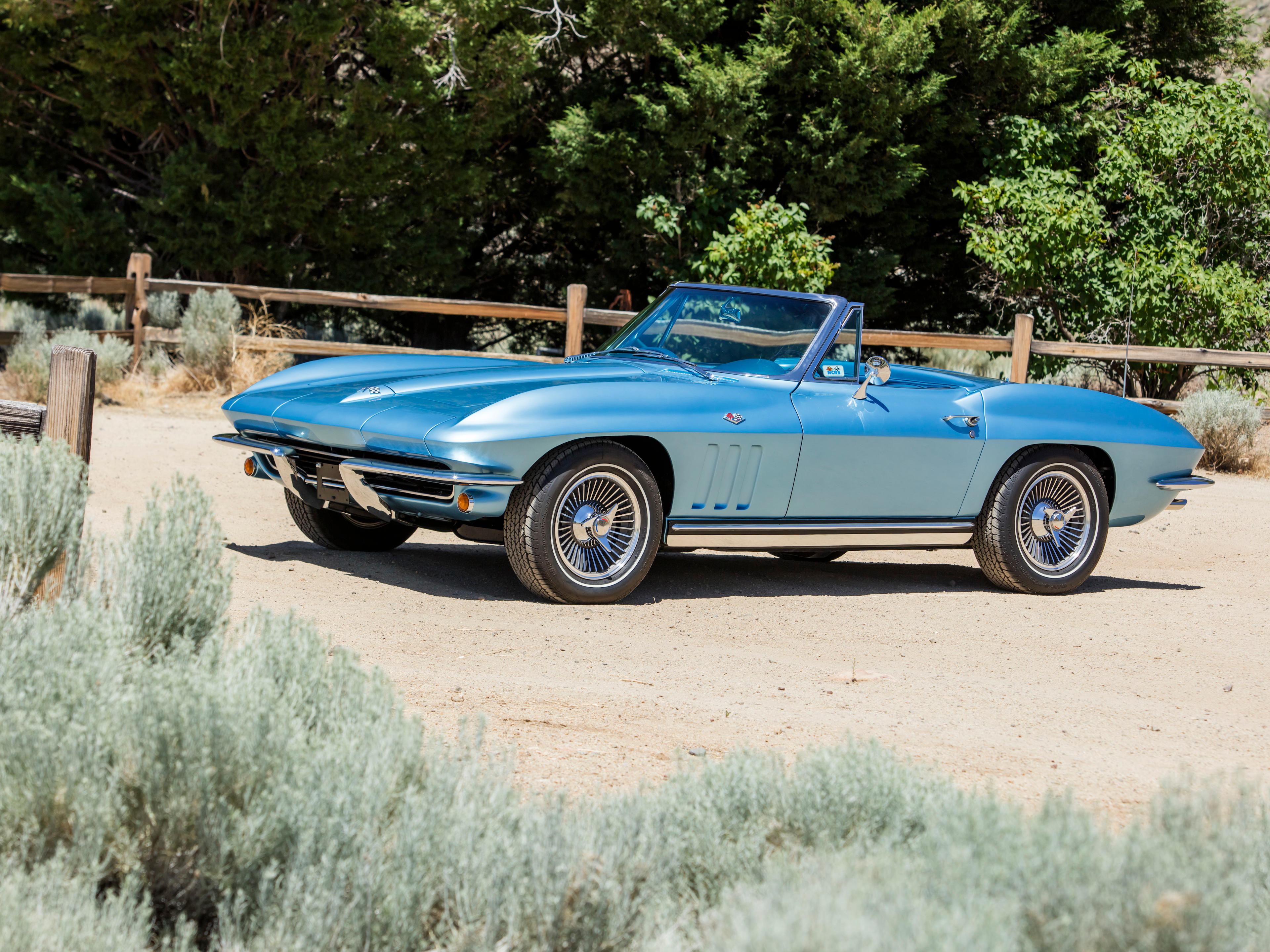 327ci OHV V8 Engine Single 4-Barrel Carburetor 350bhp at 6,000rpm 4-Speed Manual Transmission 4-Wheel Independent Suspension 4-Wheel Disc Brakes *Lovely Nassau Blue Metallic over blue livery *Optioned with the powerful 350 horsepower V8 engine and 4-speed manual gearbox *Comprehensively restored by D & A Corvette of Gillespie, Illinois *One of the finest pieces of mid-century American design THE CHEVROLET CORVETTE Back in 1953, Chevrolet's launch of a two-seater sports car was a radical departure for a marque hitherto associated almost exclusively with sensible family transport. Based on the 1952 EX-122 show car, the Corvette made use of existing GM running gear and a shortened chassis frame, around which was wrapped striking Harley Earl-styled fiberglass coachwork. Motive power came from Chevrolet's 235.5ci (3.8-liter) overhead-valve straight six and, unusually for a sports car, there was automatic transmission, a feature that attracted much adverse criticism at the time. Intended as competition for the T-Series MG, the Corvette cost way above the target figure, ending up in Jaguar XK120 territory but with an inferior performance. Sales were sluggish initially and the model came close to being axed, surviving thanks to Chevrolet's need to compete with Ford's Thunderbird. A V8 engine for 1955 and a radical re-style for '56 consolidated the Vette's position in the market. Introduced for 1963, the heavily revised 'Sting Ray' version sported a totally new ladder-type chassis and for the first time there was a Gran Turismo Coupe in the range. This new chassis was the work of Corvette Chief Engineer, Zora Arkus-Duntov who said: 'For the first time I have a Corvette which I am proud to use in Europe.' Styled in General Motors' Art and Color Studio under Bill Mitchell, the new Corvette featured radical styling pioneered on Mitchell's successful Stingray sports-racer. As had been the case with the previous (1956-62) generation of Corvettes, development proceeded slowly, being characterized by annual facelifts and few engineering changes of note. The long-overdue arrival of four-wheel disc brakes was the most significant development for 1965. To say that the Sting Ray's arrival caused a sensation would be grossly understating its impact on the North American sports car market. Indeed, such was its runaway success that the St Louis factory hired a second shift but still could not build cars fast enough to meet demand. Now recognized as representing a 'golden age' for the Corvette, the Sting Ray was manufactured from 1963 to 1967 and has since gone on to become a highly collectible modern classic. The Sting Ray, of course, continued and the Corvette would go on to become one of the world's best-selling and longest-lived sports car. THE MOTORCAR OFFERED This beautiful example of the 1965 Chevrolet Corvette 327/350HP Roadster must surely be one of the finest on the market today. Presented in the subtle, period correct and tasteful color scheme of Nassau Blue Metallic over a light blue interior, the sporty Corvette looks just right. The Corvette is powered by the upper-level, high performance 350 horsepower 327 cubic inch V8 engine, mated to a wide ratio Muncie 4-speed manual transmission. This 1965 Corvette Roadster benefited from a comprehensive restoration by D & A Corvette in Gillespie, IL completed in May of 2015, and was restored to be competitive in Corvette judging. The car was later purchased by a collector in Arizona and received a great deal of tuning and servicing by Vintage Iron & Restoration and Illusion Restoration & Repair LLC. The 1965 Chevrolet Corvette 327/350HP Roadster is fitted with period-correct, reproduction aluminum wheels, and is offered with a history file which includes several photos of the car during restoration. It is very hard to argue with the attraction of the Sting Ray Corvette. There is nothing subtle about these extremely powerful and loud cars, which offers spectacular looks and thrilling performance i 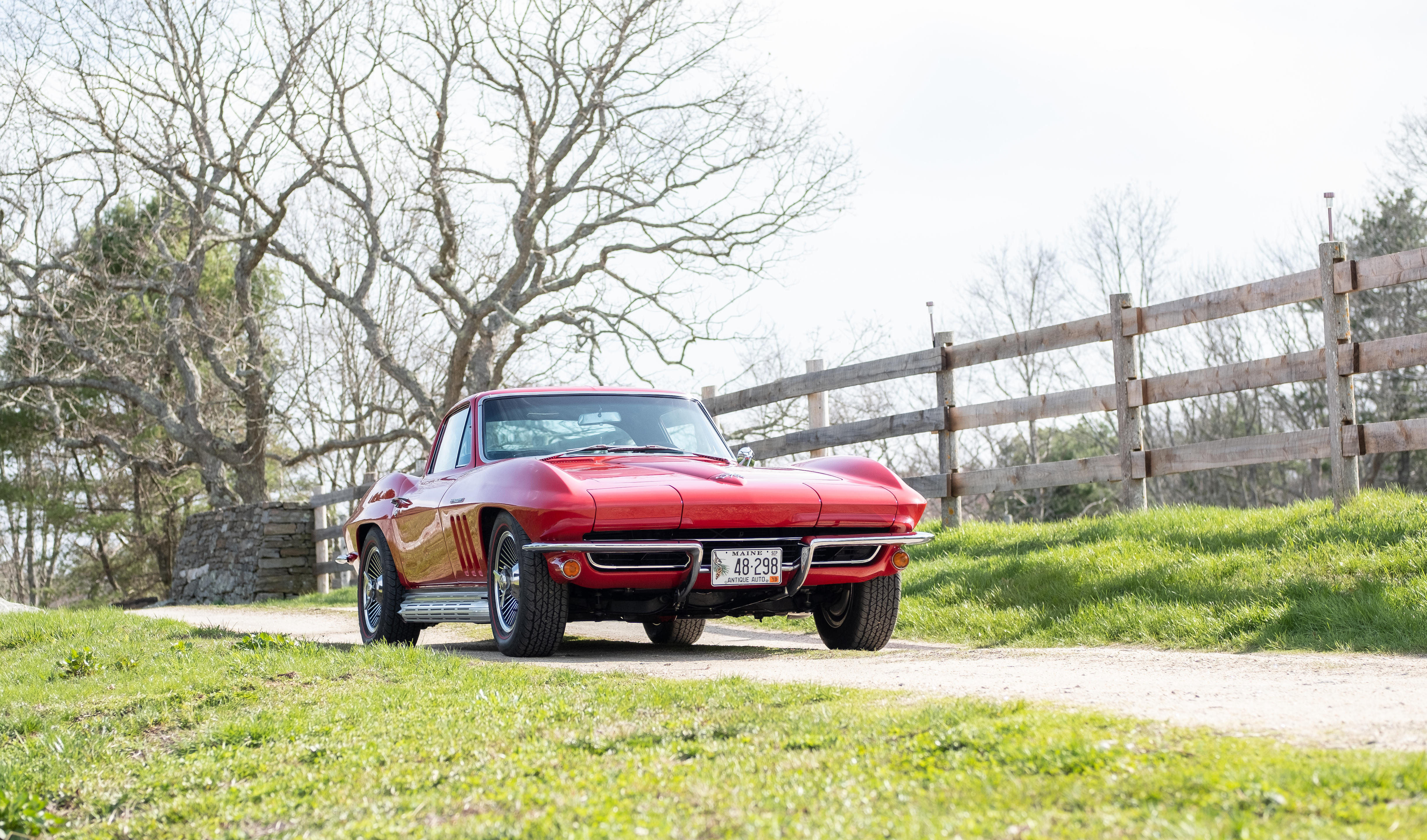 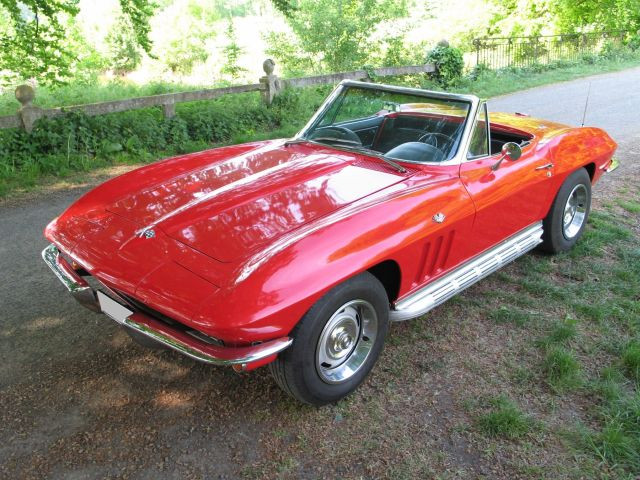 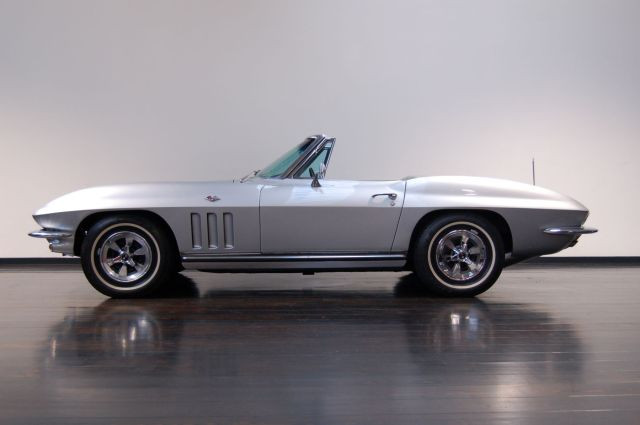 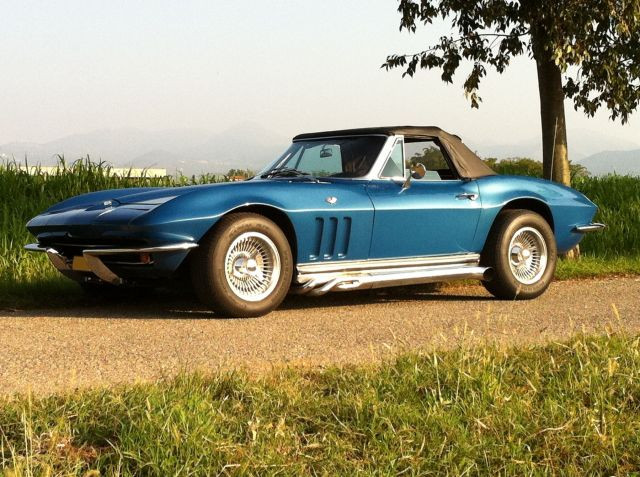 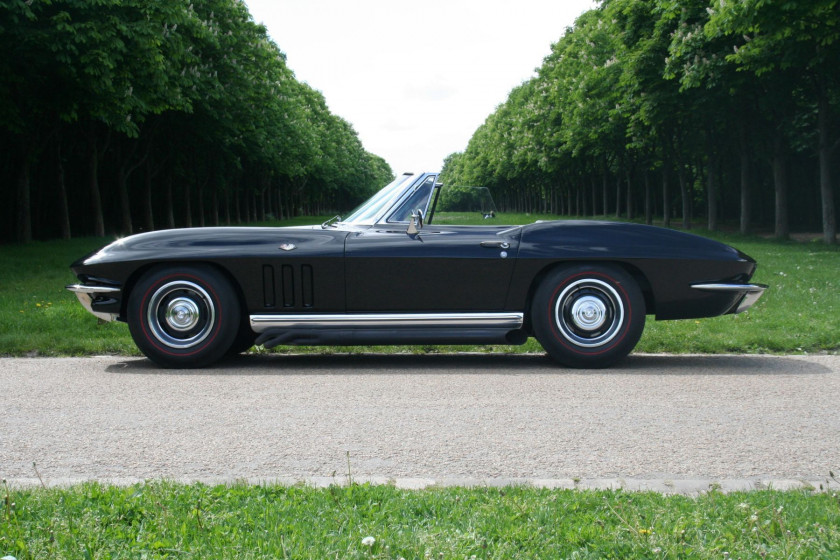 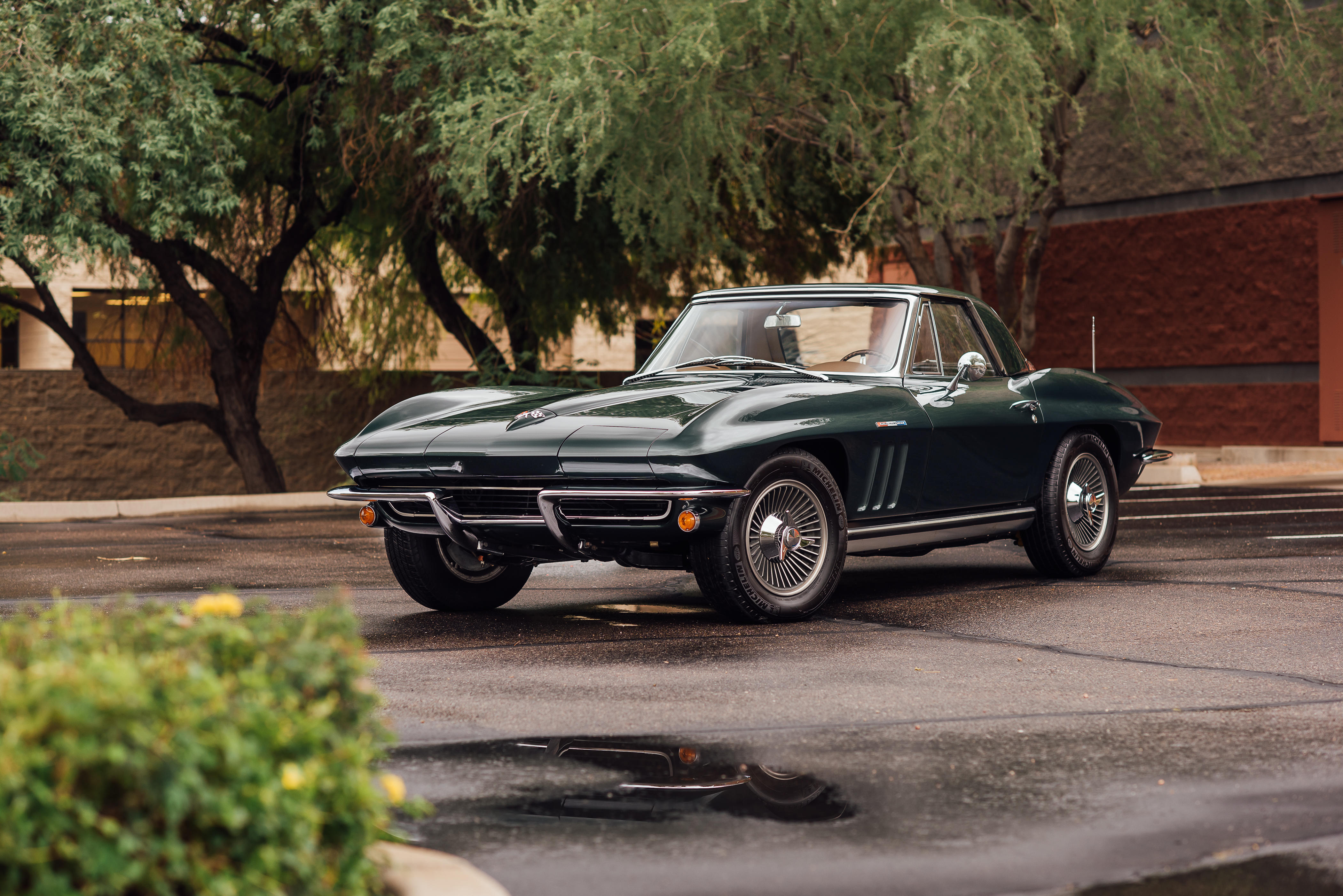 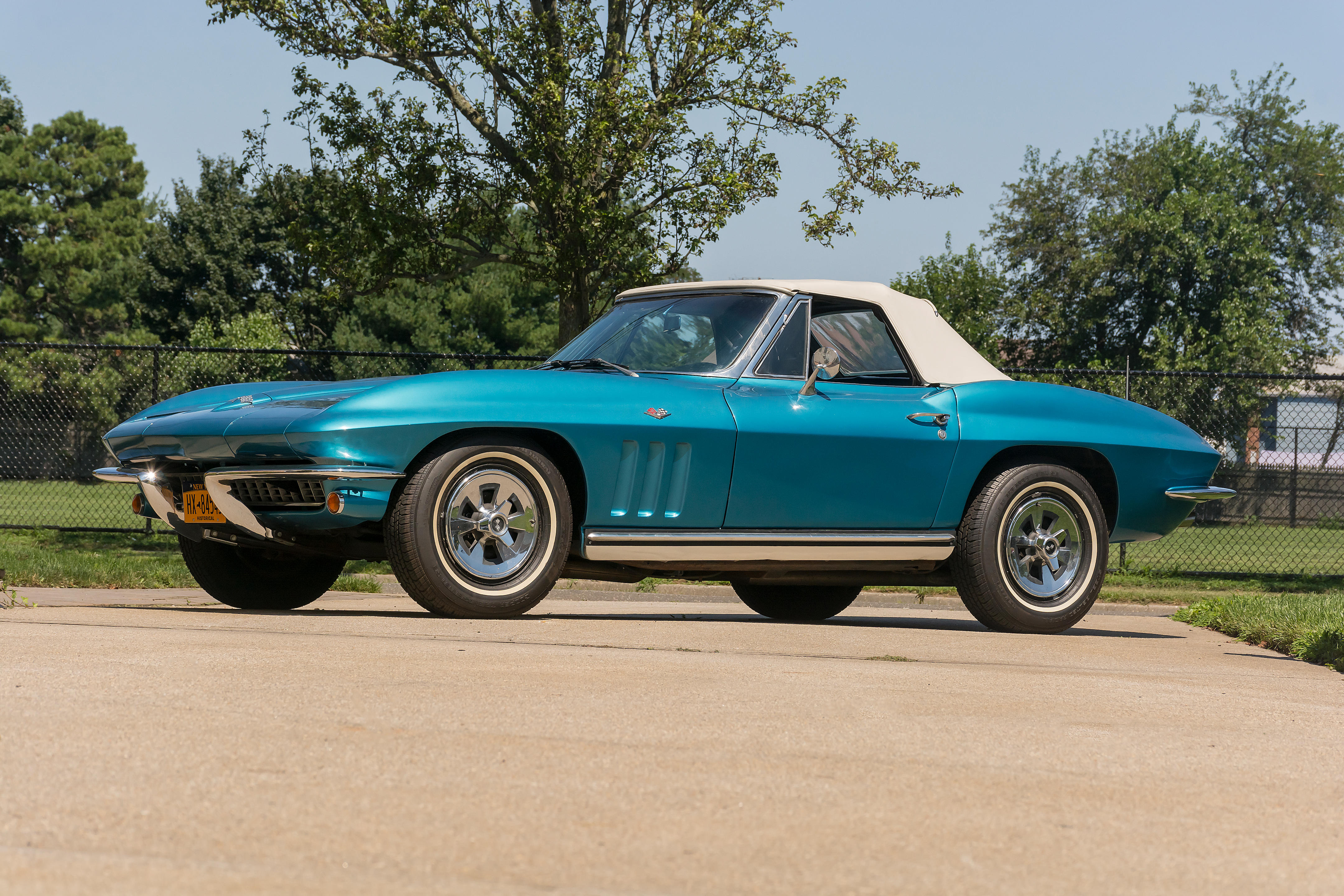 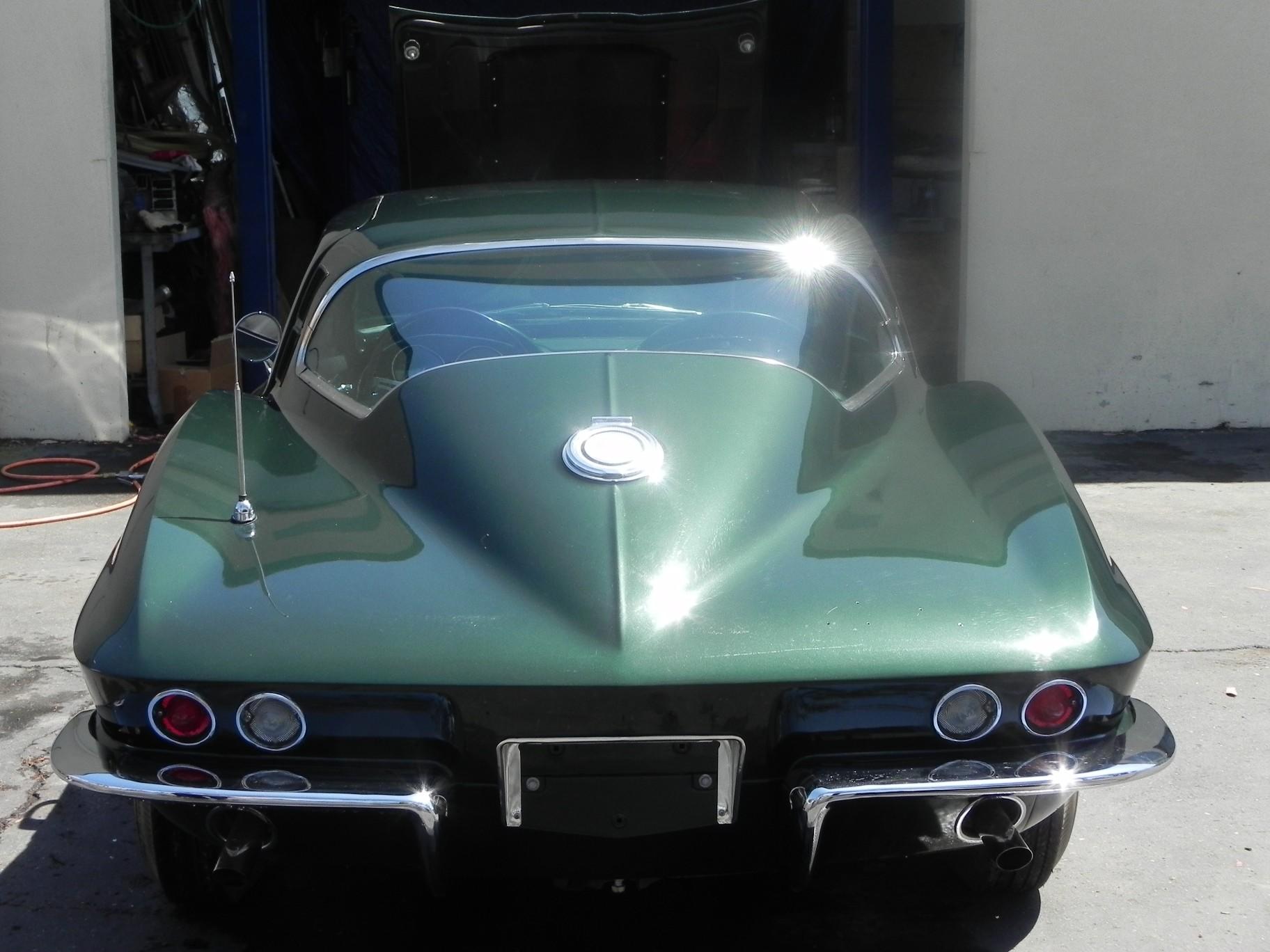 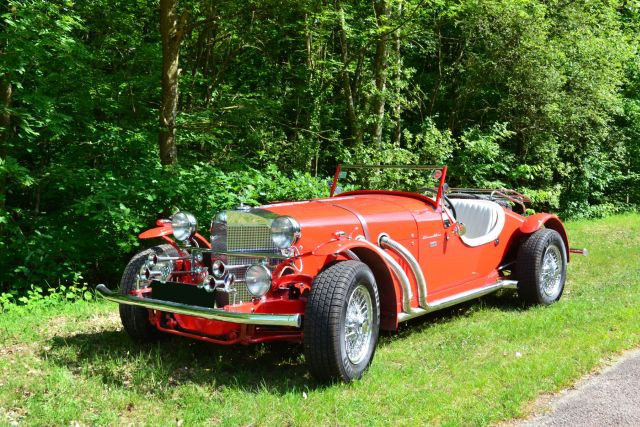 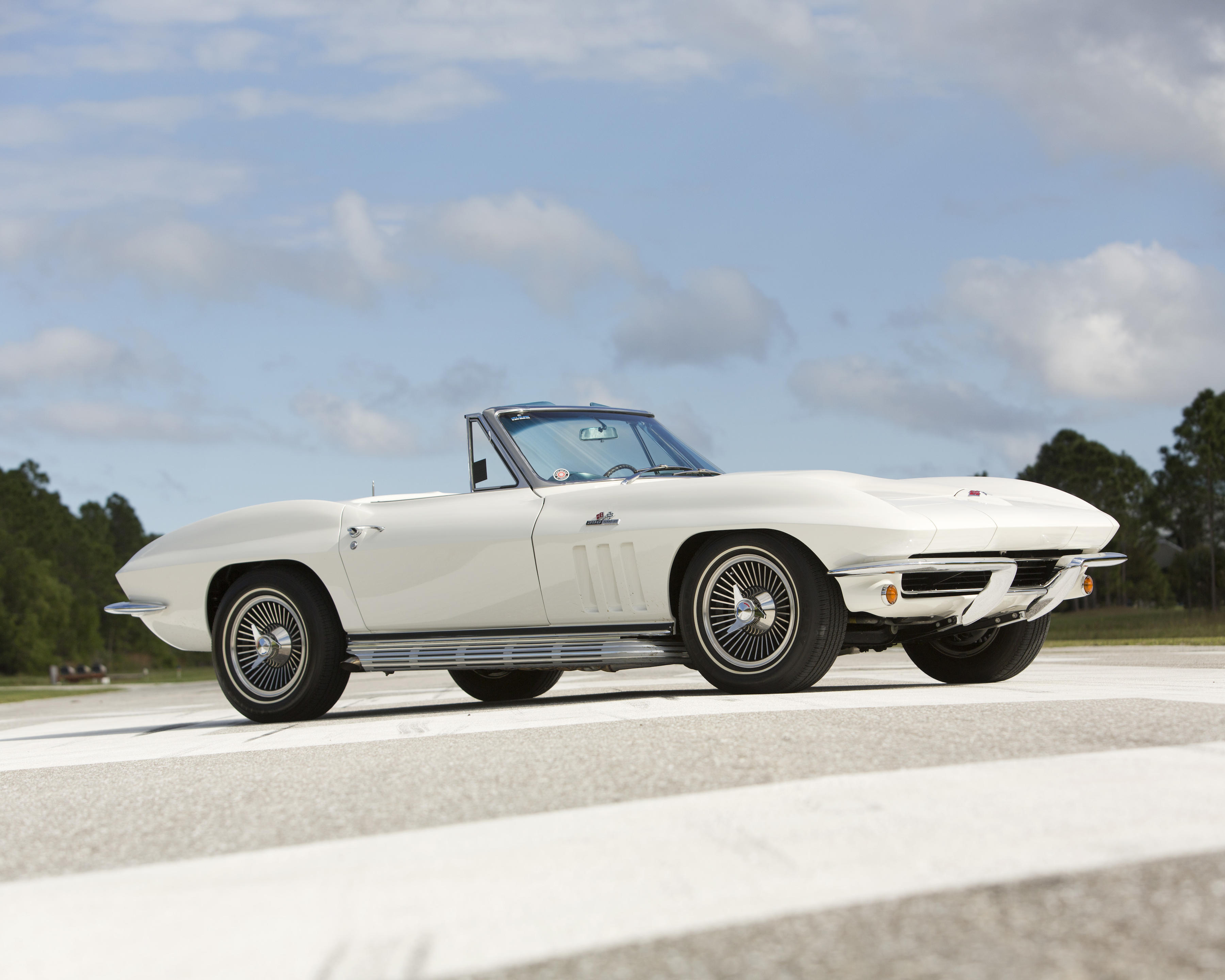 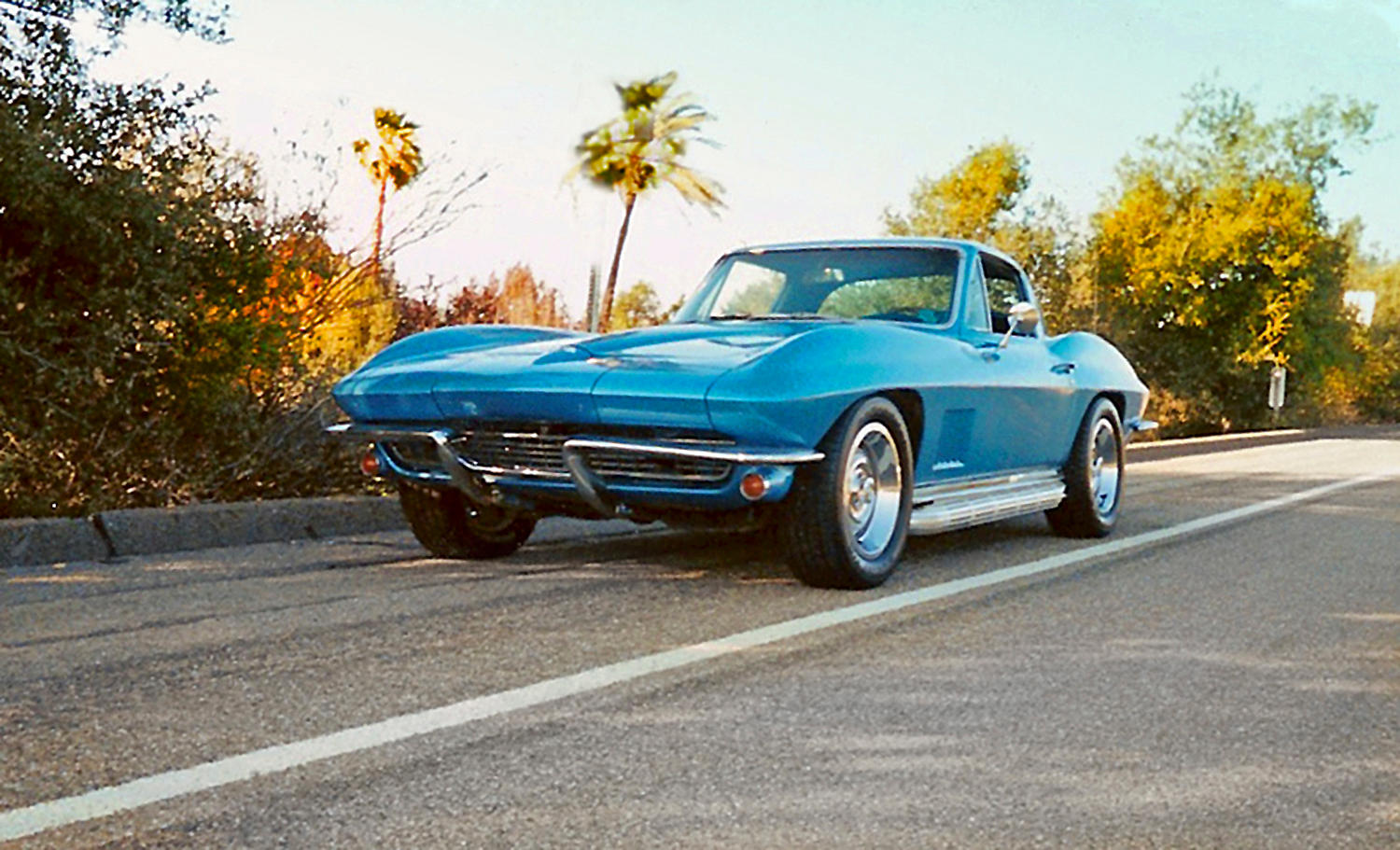 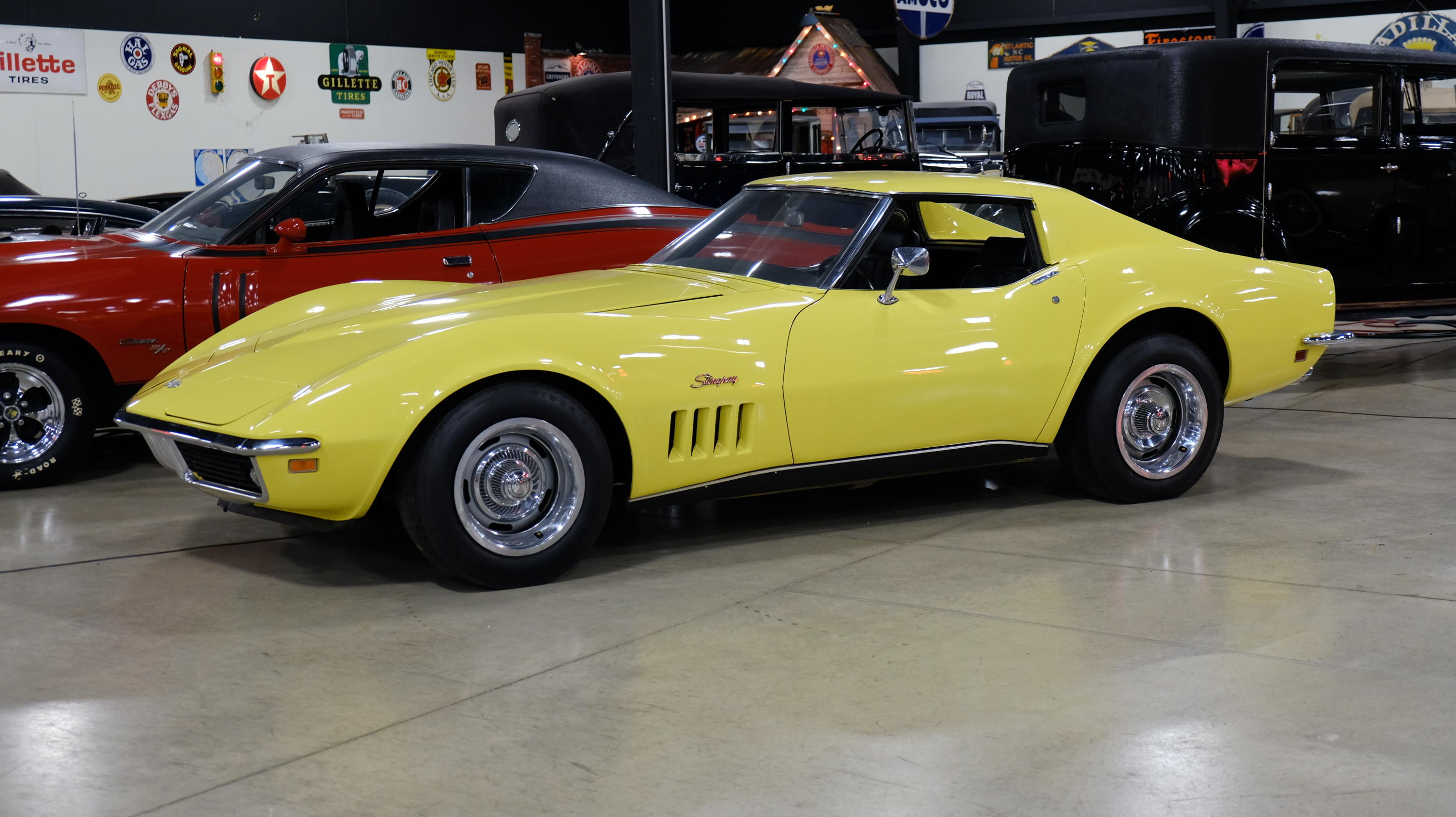 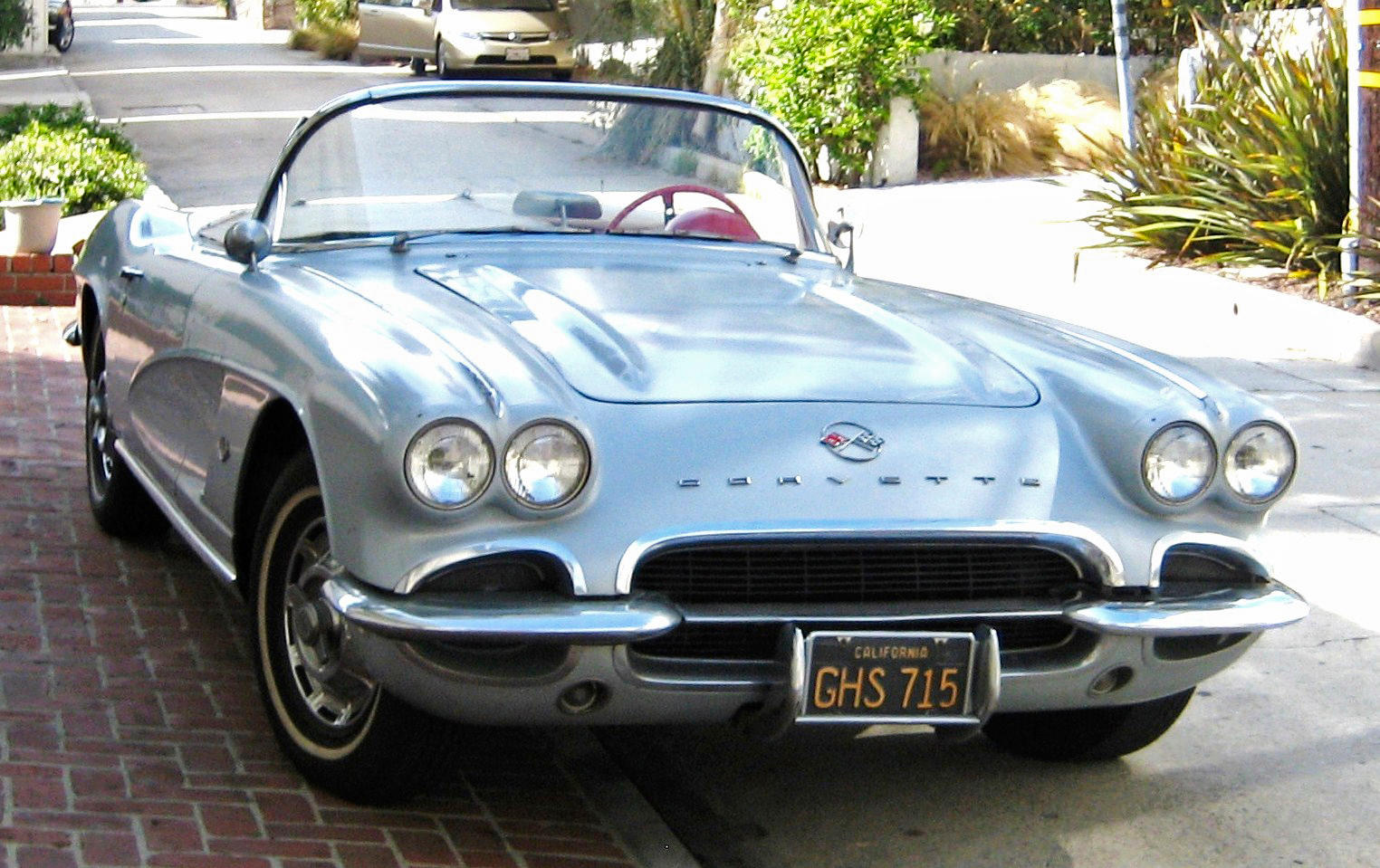 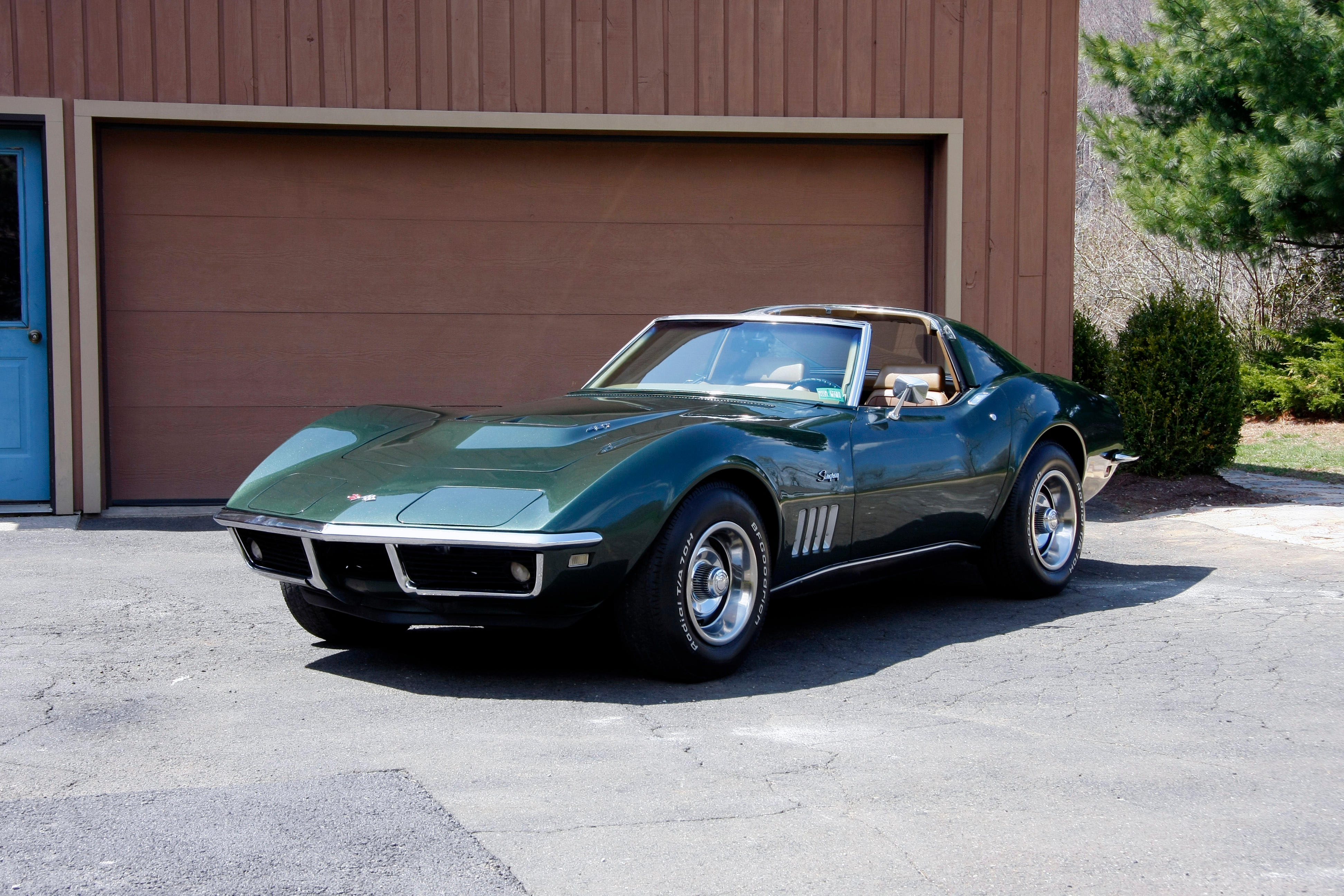