Substantial fragment of a codex of Ugolinus Pisanus

Substantial fragment of a codex of Ugolinus Pisanus, Philogenia, in Latin, manuscript on paper with an apparently unrecorded example of a domestic cat among its watermarks [Italy, second quarter of fifteenth century] 25 leaves, formed from two complete quires of 8 leaves each, plus four further bifolia and a singleton, all with single column of 14 lines in a rounded Italian gothic bookhand showing influence of early humanist hands, many interlinear near-contemporary and later additions supplying alternative readings, capitals touched in red, rubrics and simple initials in red (two with red penwork), other marginalia by main hand in blocks in tiny script, some nota bene marks including pointing hands, numerous other scribbles and later marginal drawings of a long bearded man in olive-brown ink and three dice in black ink, some borders cut away, stains, spots and damage to edges of leaves, overall fair and legible condition, 210 by 145mm.; kept loose in later boards These leaves are most probably all that remain of a codex of this notably rare work, the first humanist comedy. It was written in the early 1430s by Ugolinus Pisanus (d. 1445/50), the jurist and humanist scholar of Parma. The author travelled widely as a teacher in Eastern Europe, Croatia, Hungary and Russia, and was crowned an imperial poet by Sigismund of Luxemburg. He was close to several leading humanists, including such grand names as Pier Candido Decembrio, Antonio Panormita and Francesco Filelfo. The text tells the story of a love affair in which a young wife, Filogenia, contrives to meet her young lover, Epifebo, without arousing the suspicions of her husband, the farmer Gobio, drawing in a raft of supporting characters such as the girls parents, the young lovers friends, the farmers brother, as well as prostitutes, peasants, servants and foremost the Friar Prodigio, whose role is to scandalously give the girl absolution from her sins. It is recorded in only thirty-six manuscripts (see entry for author in Dizionario Bigrafico), not including the present one. All others are in institutional ownership. What is most fascinating here is that a few of the last leaves have a motif in their watermark which is apparently unrecorded anywhere else: a domestic cat. Briquet lists possible cats under the group title Chat, léopard, lion, tigre, but they are all great growling things with muscular upper bodies which indicate that members of the great cat family are intended. The Zonghi survey includes no felines beyond seven seated spotty leopards (A.F. Gasparinetti, Zonghis Watermarks, 1953, nos. 1250-56). Here the feline is evidently small and soft in its proportions, and nonchalantly strolls across the page in the fashion of a domestic cat. Its model was perhaps an actual pet that lived in the buildings used by the paper manufacturers some five hundred years ago, and through some friendship struck up with the artisan who prepared the wire tool for the paper press, ended up being immortalised in the paperstock. BOOK OF HOURS] Substantial fragment of a

from the Dring Bible, substantial fragme

from the Dring Bible, substantial fragme 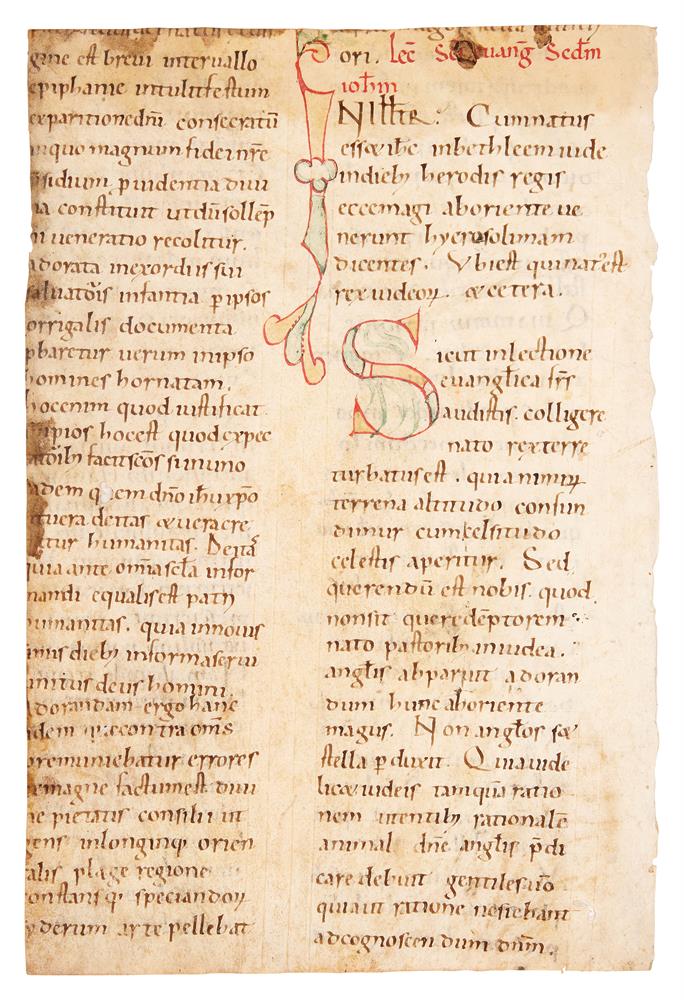 Fragment of a leaf from a Homiliary, wit

AUSTEN, FRAGMENT OF AN AUTOGRAPH LETTER,

Substantial fragment from a codex of Ari

Substantial fragment from an extensive a

Substantial fragment from two Missals, i

Substantial fragment from a monumental B 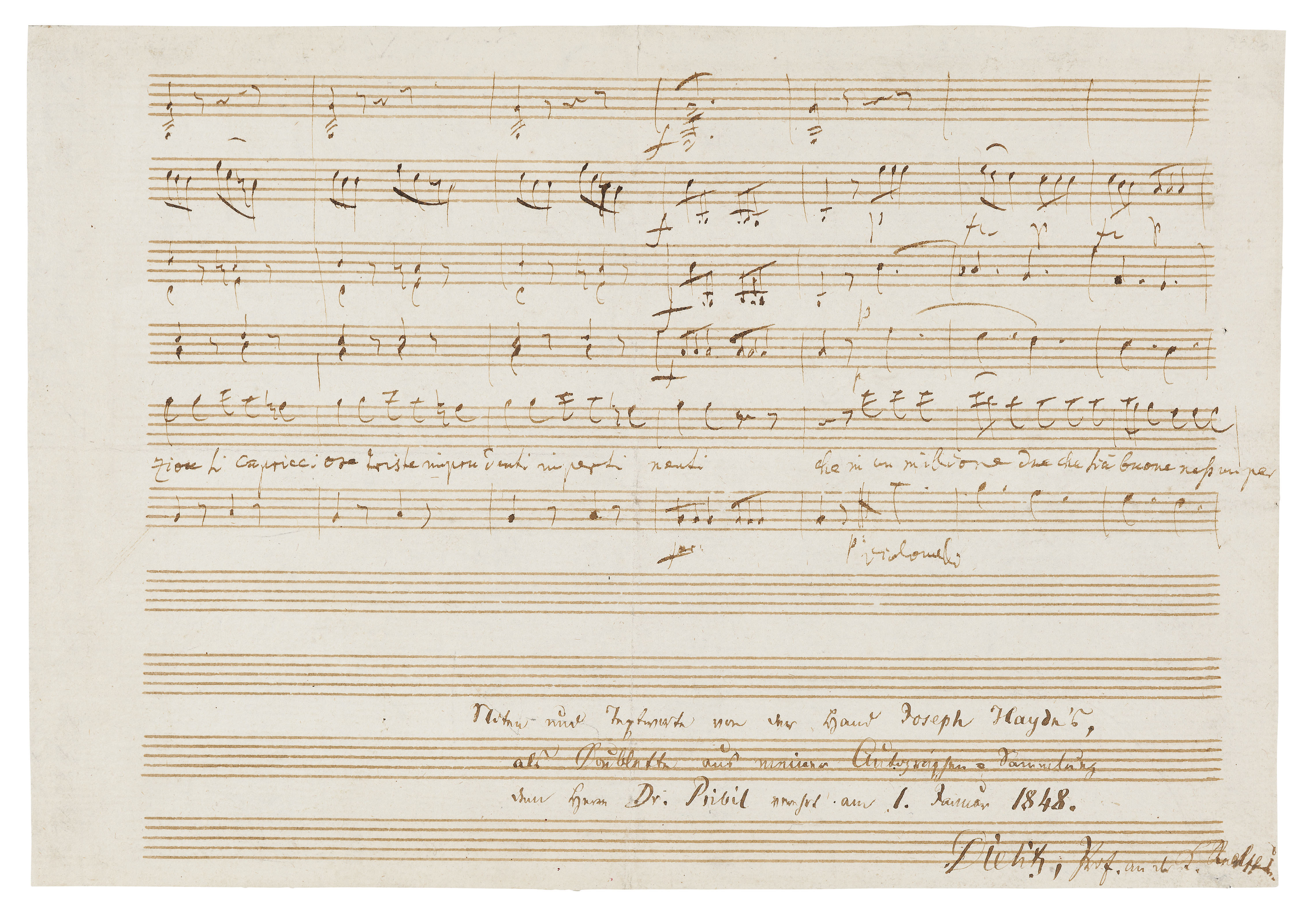