PRESIDENTS]. TAFT, WILLIAM HOWARD Autograph letter signed ("Bill") as Governor General of the Philippines, Clarence H. Kelsey, Rome, 15 July 1902, 5 pages, 8vo, on foolscap paper, a fine, long letter describing his visit to Italy (for negotiations with the Vatican regarding the sale of 390,000 acres of Church land in the islands which were to be distributed to the poor), and American politics: "...I was a good deal discouraged about the political outlook when I was in Washington....Even if the House goes Democratic the majority will probably be so small that it will not be significant....The truth is that the Democrats in the Senate seem to have done the business in their attacks on the Philippines policy and on the army. The Oregon election...fought directly on the Philippine Issue seems to have discouraged the Democrats...so that when the come to map out a campaign, they make no reference to the Philippines....If prosperous times continue, a landslide seems likely...."; Typed letter signed ("Wm. H. Taft") to C.M. Walker, New Haven, Connecticut, 2 February 1918, 2 pages, 4to, in light of the war, Taft asks a friend to join a group who will pledge to invest $1,000 in 1918 in Savings Certificates, "and...lend your cordial support to the war savings movement by enlisting others...." -- FORD, GERALD R. Typed letter signed ("Gerry") as a Congressman, to Edward G. Hornburg, Washington, D.C., 16 July 1970, 2 pages, 4to, on printed stationery of the "Office of the Minority Leader," a very good letter on the Vietnam War: "...All of us are deeply concerned with the war in Vietnam and with the President's efforts to end the fighting these. As you know, Mr. Nixon has been working diligently since he took office to halt the fighting. He inherited the war from Presient Johnson but has turned the direction that the war has taken...and de-Americanizing the war....The president does share your concern for the Communist threat....Justice Douglas...I believe, should be removed from the Supreme Court...I have known Mr. Nixon for over twenty years and have a great deal of respect for his patriotism...." -- CLEVELAND, GROVER. Autograph letter signed in full to Charles Eliot President of Harvard University, Buzzard's Bay, Mass., 2 September 1892, 2 pages, 8vo, on printed stationery, a name neatly erased from the first page: "I am such a warm friend of [blank]...and have been so troubled by his statement of his son's troubles at Harvard, that I hope I may gratify my attachment ...by expressing an earnest claim that the facts in the young man's case may be such as to justify clemency -- entirely consistent with the maintenance of necessary discipline...." -- HOOVER, HERBERT. Typed letter signed in full to Lawrence K. Requa, New York, 26 May 1940, one page, 4to, two filing holes at top, commenting on WWII: "...This war is at some sort of a turning point. If the Allies are defeated the price of quicksilver will go to pieces overnight. If they win...it means the war will go on for a long time. The situation at this moment appear more favorable to the Germans....The French, however, may be capable of some Napoleonic turn...." (2)

PRESIDENTS OF THE UNITED STATES]. TAFT, 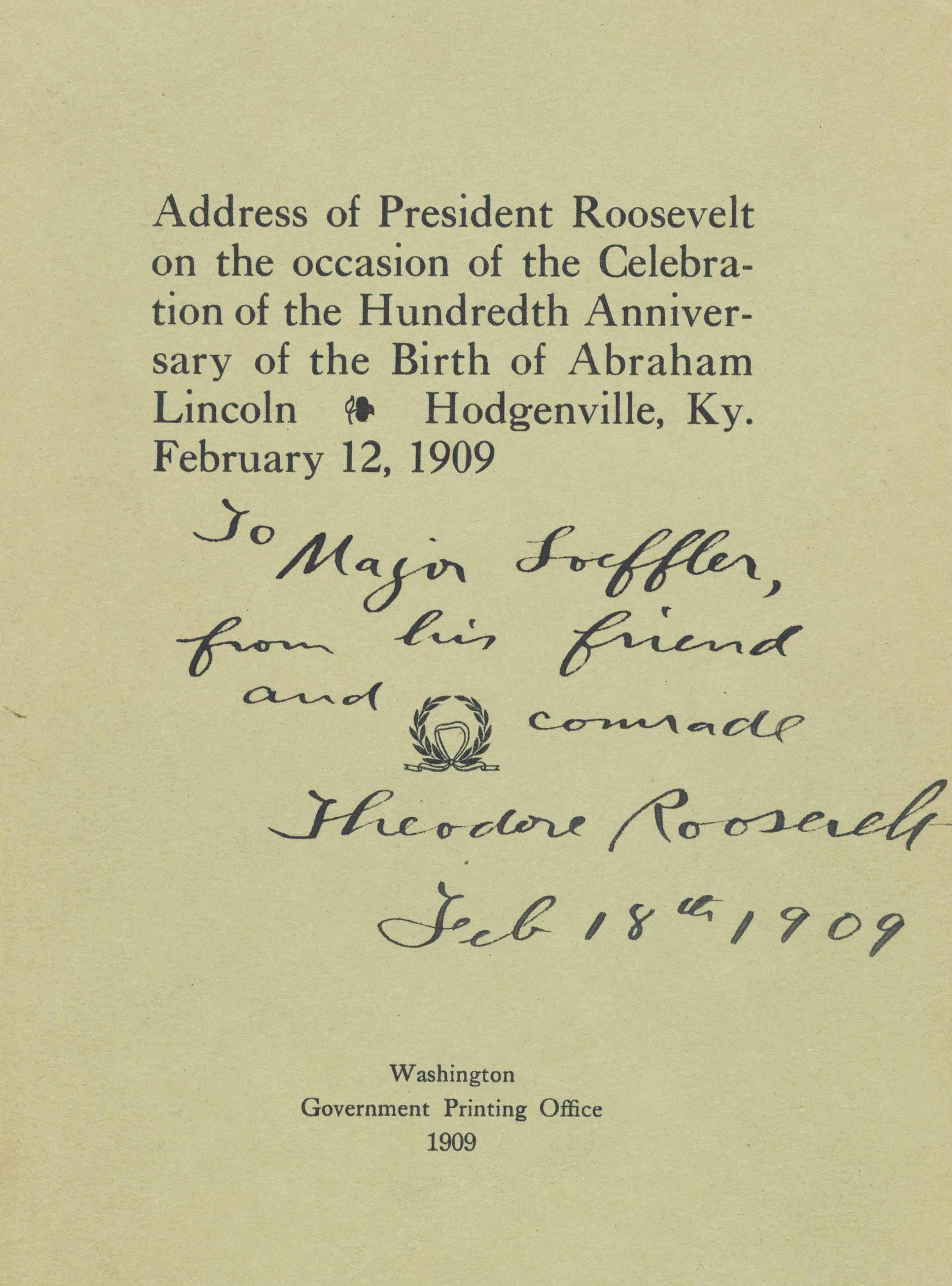 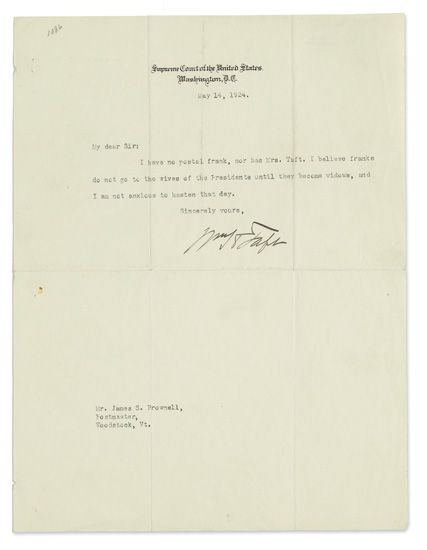 NO POSTAL FRANK FOR SPOUSES OF LIVING PR 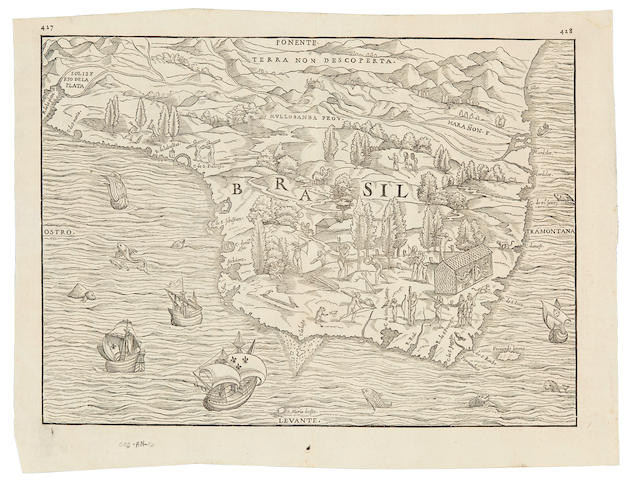 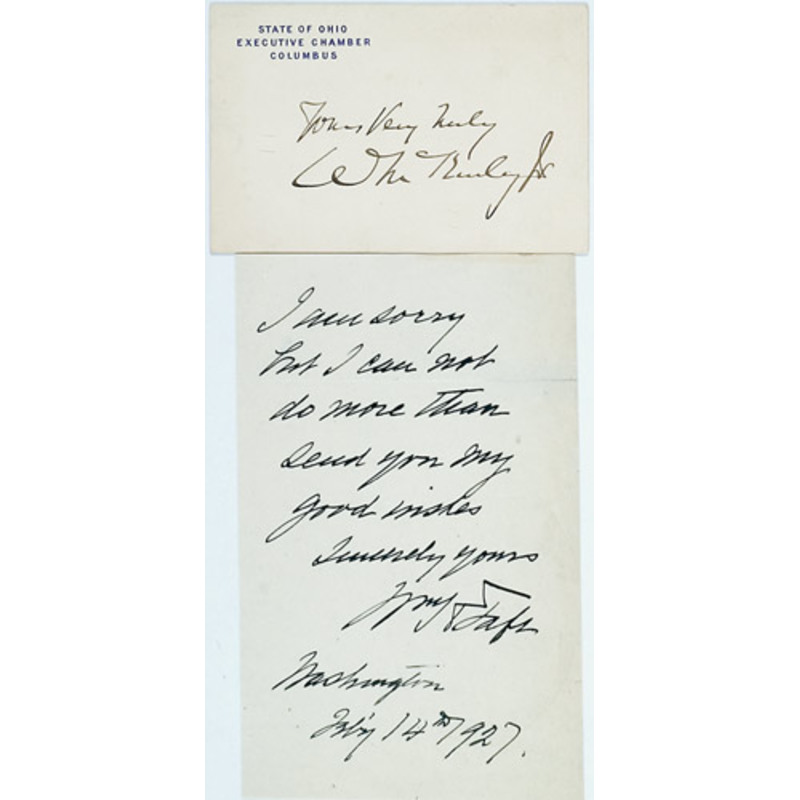 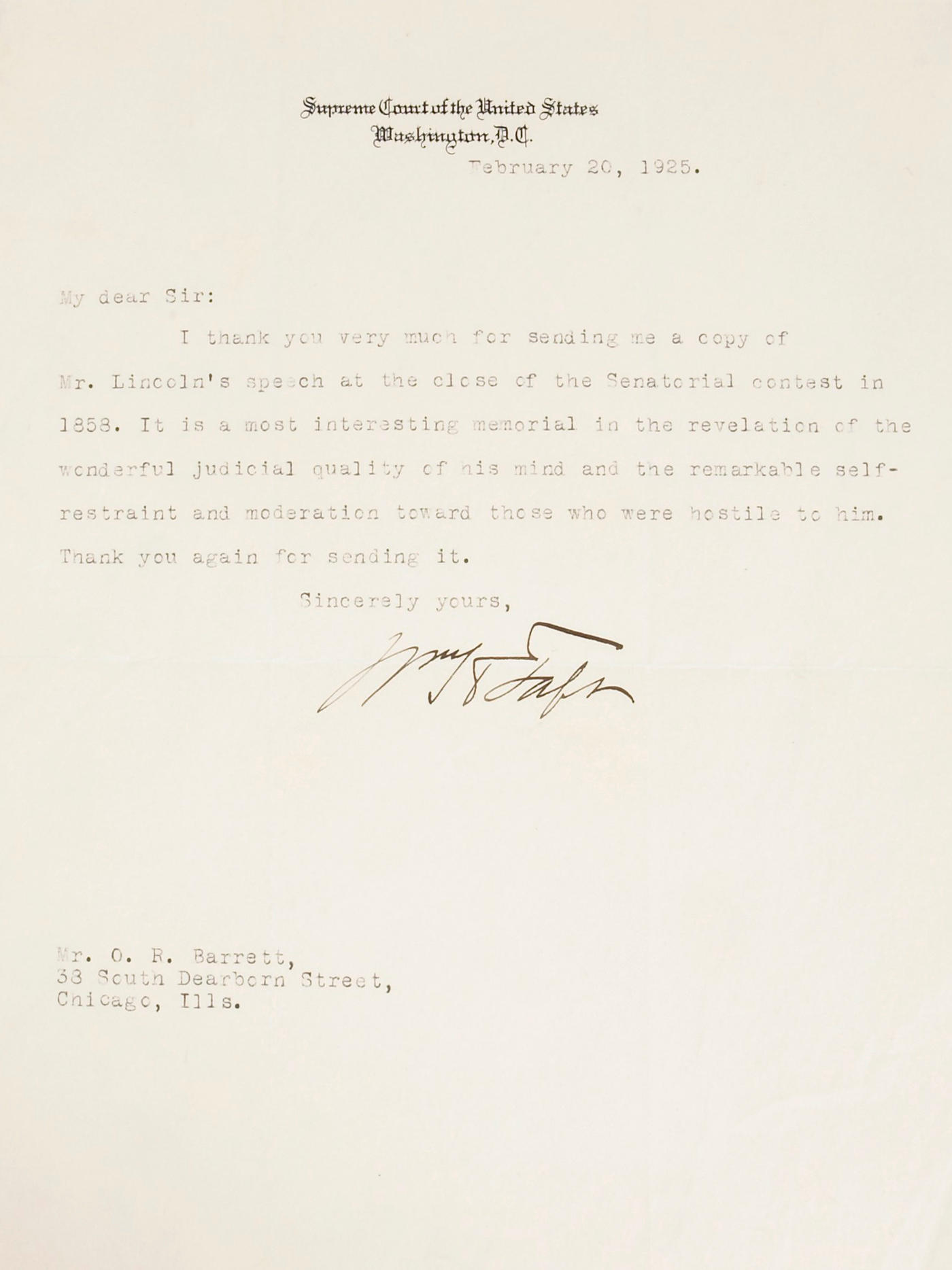