Assembled Pair of Rare Classical Ormolu Mounted Mahogany Swivel Top Card Tables Attributed to Charles Honore Lannuier, New York, circa 1815 Each fold-over top with canted corners, above a conforming frieze with reeded edge and centering an ormolu mount of female terms flanking a lyre, over four spiral and acanthus carved posts and a shaped platform base, raised on acanthus carved hocked legs ending in paw feet, one table with casters. Heights 28 3/4 inches and 30 3/8 inches, width 36 inches, depth 17 3/4 inches. Provenance: Table with casters: Property of a Gentleman; offered Sotheby's New York, October 25, 1992, ; private sale to the current owner. Table without casters: By tradition, Joseph Davis Beers Curtis (1825-1870) to Alice Curtis Desmond Fish (Newburgh, New York, 1897-1990); sold Mid-Hudson Auction Galleries, Cornwall-on-Hudson, circa 1990, The Desmond Estate, benefiting The Alice Curtis Desmond and Hamilton Fish Library, ; to the current owner. Literature: Peter M. Kenny, Frances F. Bretter and Ulrich Leben, Honore Lannuier: Cabinetmaker from Paris, New York, 1998, Cat. No. 64, illus. Prior to the sale of her family's estate at Mid-Hudson Auction Galleries, Alice Curtis Desmond identified the casterless card table as that which she referenced in her autobiography as part of her inheritance from her great uncle. Alice Curtis Desmond, Yankees and Yorkers, The Anthoensen Press, 1985, p.55. These handsome card tables share characteristics with numerous labeled and stamped pieces made in Charles Honore Lannuier's New York shop in the 1810s. The hocked animal leg with acanthus carving continuing to a leaf that laps the underside of the base is seen in two outstanding pairs of card tables in the collection of The Metropolitan Museum of Art, one inscribed by Lannuier in ink and the other attributed to the maker (Kenny, Plate 53, Cat. Nos. 72-73; Plate 43, Cat. Nos. 83-84). Both have a provenance, like the present pair, of prominent New York families. The Albany Institute of History and Art owns another pair of card tables that also has this distinctive feature and bears a printed label (Kenny, Plate 51, Cat. Nos. 70-71), as does another pair that has a shadow of a label in the Maryland Historical Society (Kenny, Fig. 108, Cat. Nos. 78-79). The spiral and acanthus carved posts closely relate to the mirror supports of a labeled dressing table in the Diplomatic Reception Rooms, U.S. Department of State (Conger and Rollins, Treasures of State, New York, 1991, Cat. No. 148). The leafage carved baluster support surmounted by a wreath of cascading foliage is similar to a labeled stand in the collection of The White House (Kenny, Plate 68, Cat. No. 118), a labeled card table at one time owned by Bernard & S. Dean Levy, Inc. (Kenny, Plate 35, Cat. No. 61) and a stamped dining table at Winterthur (Kenny, Fig. 20, Cat. No. 122). The same model of ormolu mount appears on a labeled pair of card tables (Kenny, Plate 25, Cat. Nos. 66-67) and a center table that was once labeled (Kenny, Plate 34, Cat. No. 115). These clues lead to Lannuier, yet the definitive hallmarks of the craftsman are in the details: the matching of the veneer along the tables' corners (Kenny, p. 158) and the construction of the wells, with boards nailed flush to the bottom edge of the frieze (Kenny, p. 181). Having lived separate lives for some time, the two tables show signs of different owners. One has casters, the other does not. Their patinas are different. One has lost some of its ormolu rosettes and had the remaining evenly reapplied. Despite these superficial differences, they were in all likelihood created as a pair in Lannuier's shop--both tables were dressed with mahogany veneer from the same piece of wood, an unmistakable sign of their shared origin. New York State Collector
Table with casters: top with filled expansion crack, some scratches; expansion crack to lower top; two small veneer losses at left hinge; brass inlay at bottom edge of frieze missing; lower edge of frieze molding with 4 inch loss to right front corner and 2 1/2 inch loss to lower edge at left rear; veneer crack at front of base; several ormolu medallions from base missing (as seen in photo); lower edge of base distressed; slight wear to feet. Table without casters: Scattered shallow veneer cracks; scratches to top; lower top has finish loss at outer edge, small crack and scratches; repaired veneer patch at edge of top; small veneer loss at right hinge; majority of brass inlay at bottom edge of frieze missing; lower edge of frieze molding with 1 1/2 inch loss at right back corner and 2 inch loss at front left corner; small loss to center of frieze molding at left rear; lower edge of base distressed; two-inch portion of acanthus carving under base at front right leg broken and reattached; slight wear to feet. 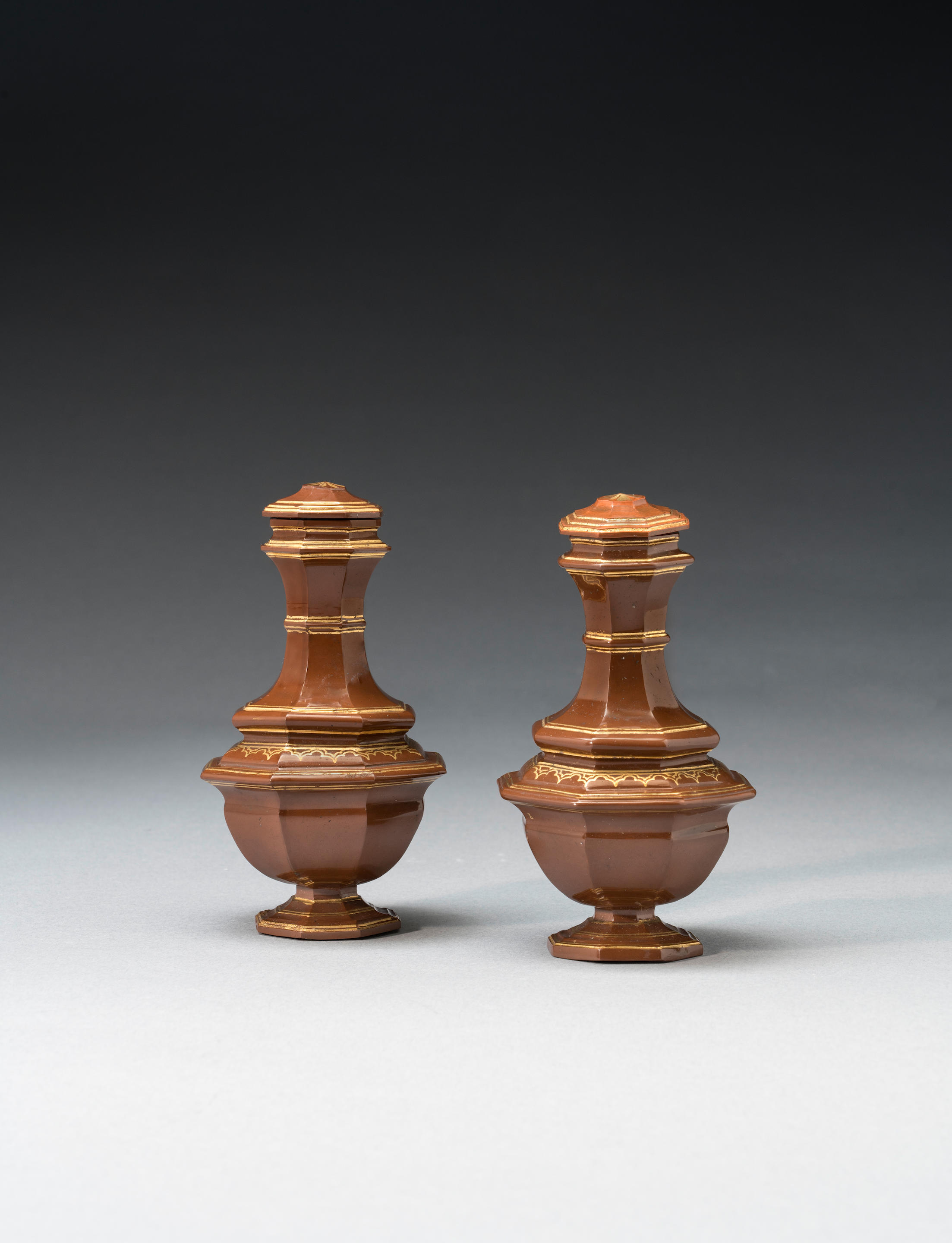 A pair of Staffordshire equestrian group

AN EXCEEDINGLY RARE SET OF GOLD AND SILV 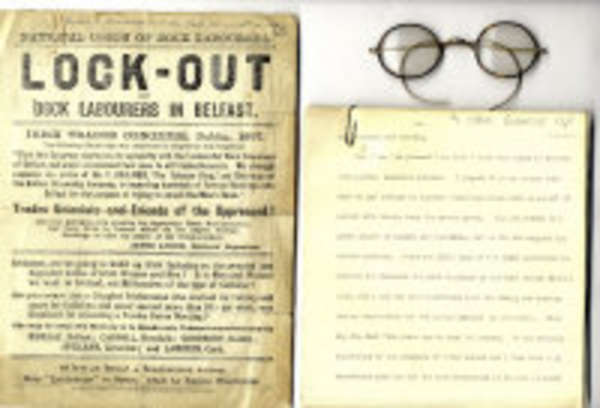