AN EXTREMELY RARE COMPOSITE DISC IN SEVEN SECTIONS CARVED FROM A BLOCK OF YELLOW-COLOURED JADE Katalognummer: JAK0917-017 Jade China Late Neolithic, early Bronze Age, c.2200-1500 BC 罕見七合玉璧，新石器時代晚期，青銅器早期，約公元前2200-1500年 DIAMETER: 22.5 CM, 直径 22.5 厘米, This very rare composite disc has seven sections, which is an unusual number for discs of this kind, as they were generally made of two to four sections (see the three-section disc JAJ917-014 in this auction). Segmented discs represent a category of jades that are mostly attested in sites of the Late Neolithic, early Bronze Age and have been discovered in a vast area stretching from southern Shanxi to north-western Gansu provinces. The seven segments were sliced from the same block of creamy white jade, which has black spots that are determined by the inclusions in the stone, and some altered or calcified areas that are opaque white. This variety of whitish jade with only a limited amount of inclusions was probably obtained from deposits in Qinghai province and suggests that the object was crafted by cultures of north-western China that had easier geographical access to the sources of this material. The sections, trapezoidal in shape and of almost equal size, are rather thin and semi-translucent, as can be seen when held to the light: there are various nicks and cracks, mostly along the edges, where the jade has altered and turned chalky white. Each segment is provided with two small, conical holes, drilled from one side only, that were used to fasten the various parts together when composed in the shape of a disc. Literature comparison/Archaeological sites: As mentioned, sectioned discs are usually made of two to four jade segments. Discs with more sections are fairly rare in the archaeological records and might have been reserved for individuals with special status. A disc earlier in date than the present one, made of six roughly shaped slabs of jade, has been discovered in a tomb belonging to the second phase of the Miaodigou culture (c.3000 to 2600 BC), in southern Shanxi province. Instead, a disc formed by nine sections that is closer in date to the present one is in the Samuel and Myrna Myers collection: see J.P. Desroches (ed.), Two Americans in Paris. A Quest for Asian Art, Paris 2016, no.73. Startpreis 起拍價: € 3.700 Schätzpreis 估價: € 7.400 Expertise: Prof. Dr. Filippo Salviati From a Luxembourg collection 盧森堡舊藏 All jades in this catalogue have been professionally examined, authenticated and described by Prof. Fillipo Salviati. Professor Salviati teaches Chinese and Korean art at Sapienza University in Rome, in the Italian Institute of Oriental Studies. He is a world expert on archaic Chinese jades, having released multiple publications and being cited by renowned auction houses such as Sotheby’s. 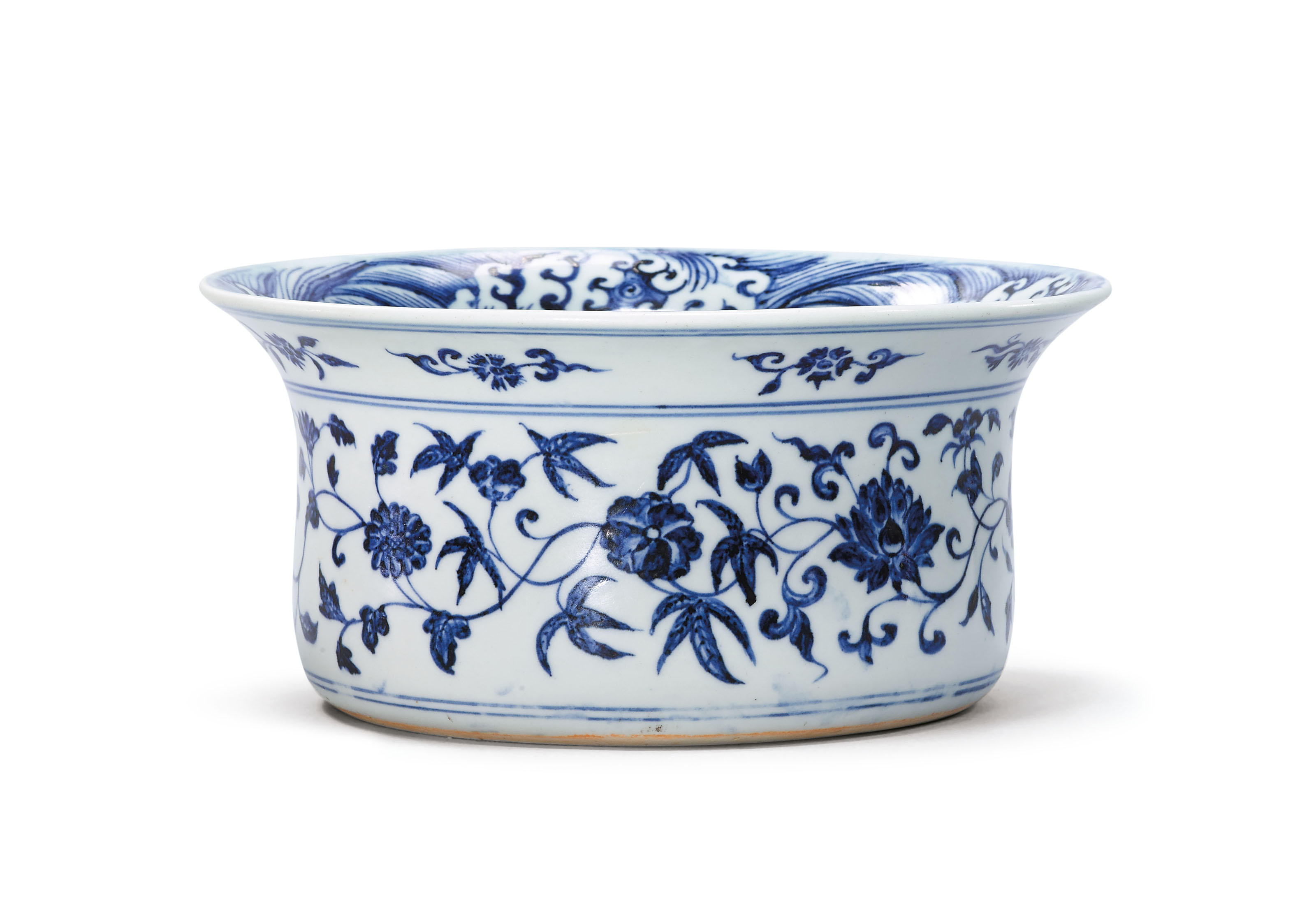 AN IMPORTANT AND EXTREMELY RARE BLUE AND

AN OUTSTANDING AND EXTREMELY RARE LARGE