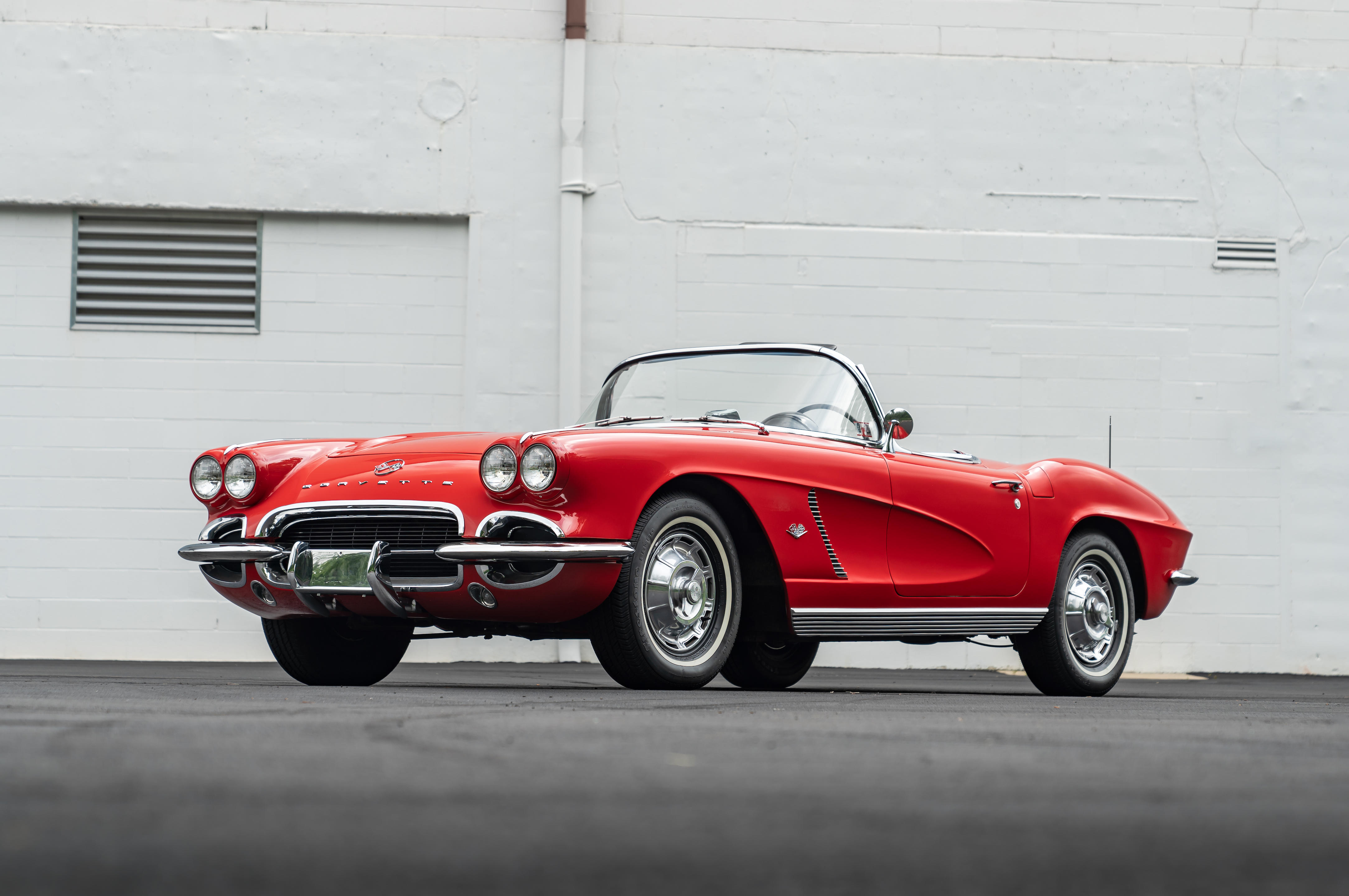 327ci OHV V8 Engine Single 4-barrel Carburetor 340bhp at 5,500rpm 4-Speed Manual Transmission Front Independent Suspension - Live Rear Axle 4-Wheel Drum Brakes *Recipient of recent, comprehension restoration *Matching engine *Sporting Corvette with manual transmission *The very last year for the classic C1 Corvette THE CHEVROLET CORVETTE There was no doubt in GM General Manager Ed Cole's mind that the Corvette needed a V8 engine. Work on what became the 1955 V8 began as soon as Cole was instated as head of the Chevrolet Division. With it, the Corvette was transformed from an acceptable and attractive boulevard cruiser to a genuine performance machine. It was then down to Harley Earl's team of designers to upgrade the package, which they did with the introduction of the 1956 model. A stylish new design, wider and wilder than its predecessor, the Corvette gained popularity among America's youth, and with continuous styling refinements and updates, the model remained fresh. By 1958, the 'Vette featured a four-headlight front end and more chrome trim, while engine packages continued to grow in output. In 1961 the Corvette again received a substantial cosmetic make over, with the primary changes at the rear, which became far more sleek and modern. By 1962, Chevrolet had firmly secured its position as America's sportscar builder and plans where well underway for the second-generation 'Vette that would debut the next year. Of course, prior to heading out, Chevy saved the best version of the first generation 'Vette for last—the '62 Fuelie. Of the 14,531 Corvette built in 1962, only 1,918 were ordered with the most potent available power plant, the 327 cubic inch, 360hp Rochester fuel-injected V8. It was little wonder as checking the box for RPO582 added $484.20 to the bottom line—about 12% of the base price alone. THE MOTORCAR OFFERED This 1962 C1 Corvette is indeed a fine example of the breed fitted with the top-spec (carbureted) 340 horsepower motor. The recipient of a complete restoration courtesy of County Corvette of West Chester, PA, the roadster was fully stripped down and brought back to factory specifications. The Vette Shop was responsible for treating the motor, a number matching unit, and was further fitted with ceramic headers. Just about $100,000 was spent over the course of the project. The result is a wonderfully sorted out Corvette that runs as good as it looks. The black interior features a period Wonder Bar radio, clear, shiny gauges, a 4-speed manual, and seats which have barely been broken in. Outside, the red paint and chrome present with a good bit of luster. More recently, the car was fitted with a new nylon top and will also be accompanied by a recently re-lined hard top. Furthermore, an owner's guide and history file detailing the restoration will be included upon purchase. Being the final production year of the C1 Corvette, this example benefits from years of developments Chevrolet conducted on the platform, yet it still retains the charm of the earliest cars. A restored example, such as the one on offer, with its powerful 327ci motor will most certainly provide its next caretake with many joyful miles of motoring. 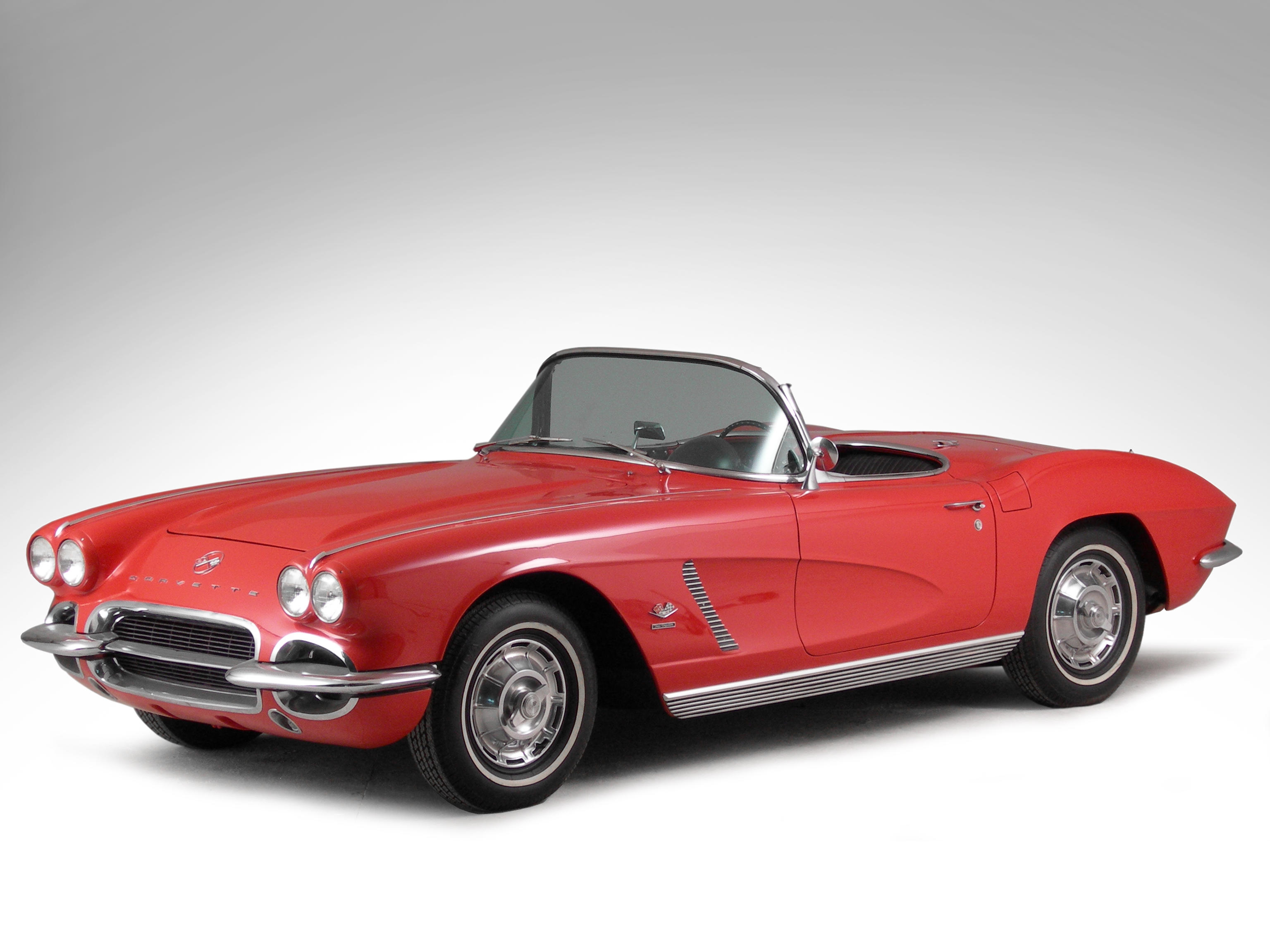 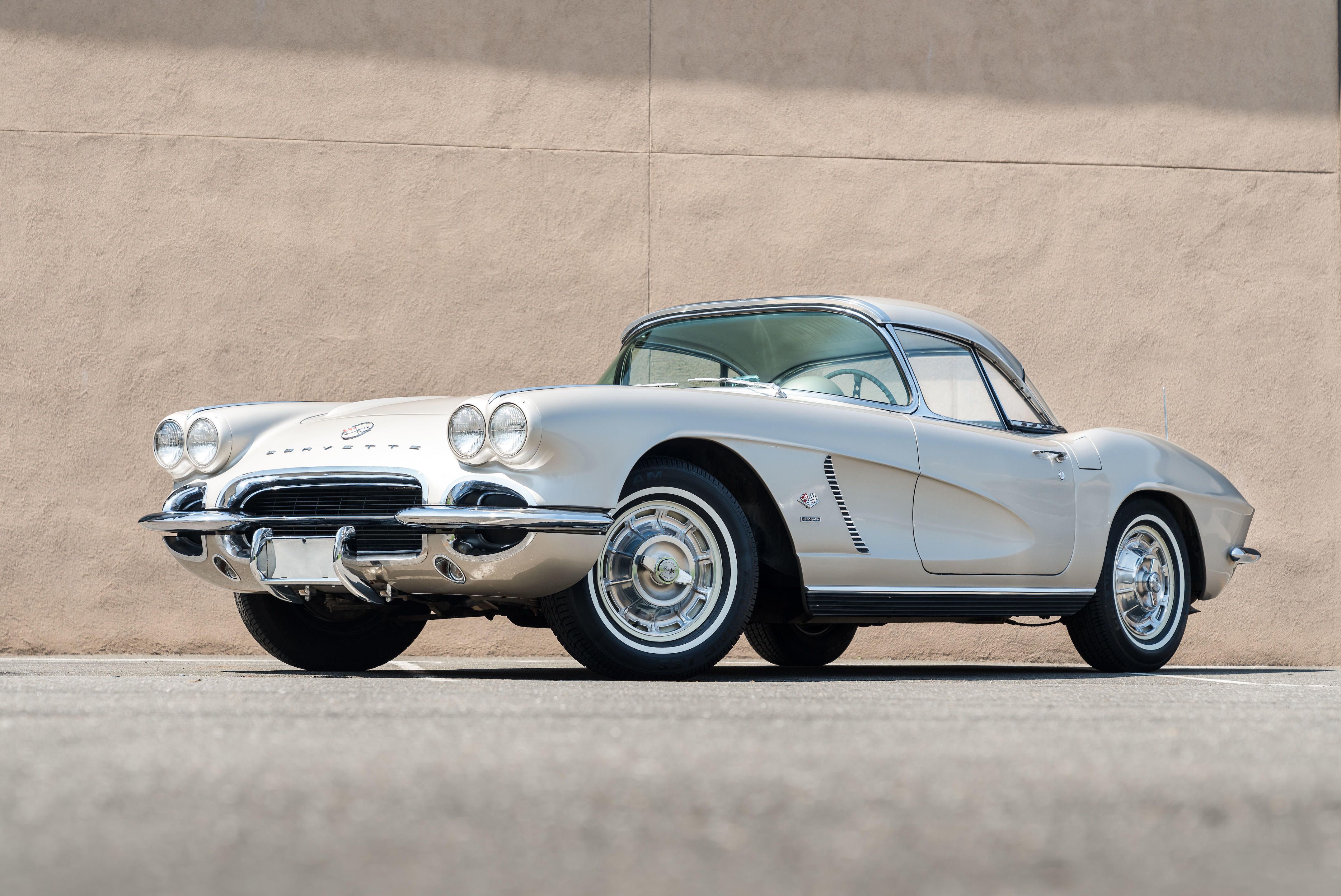 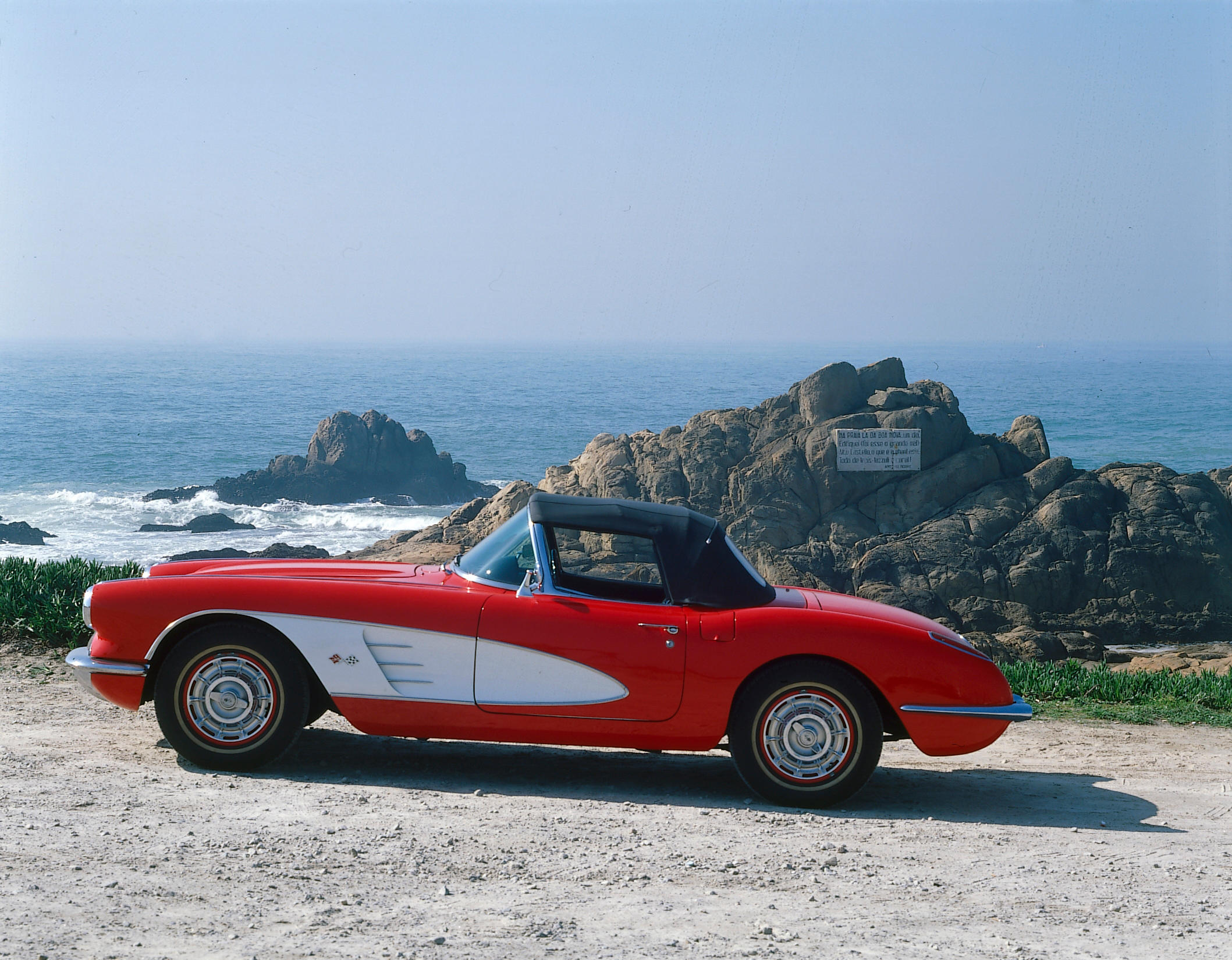 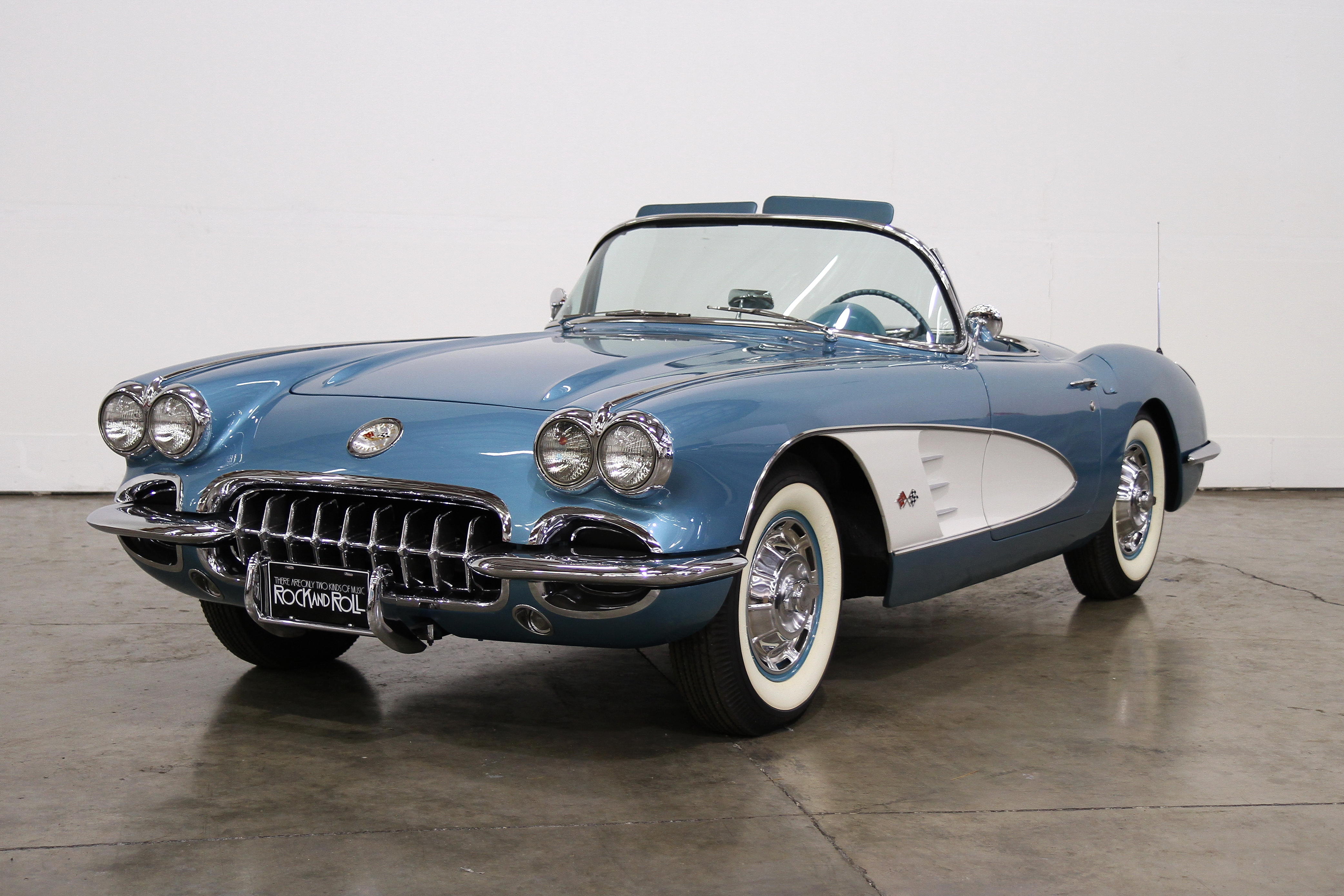 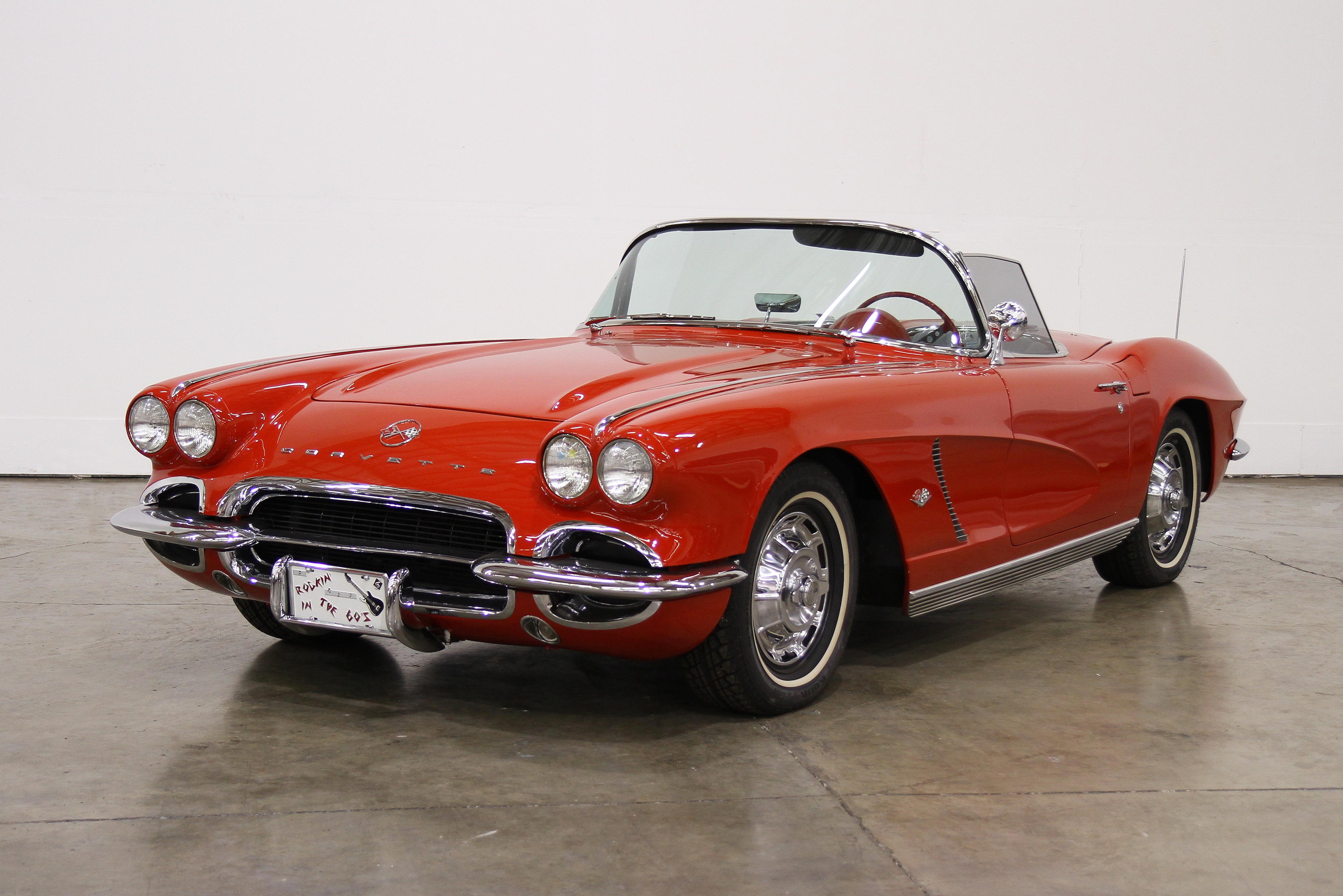 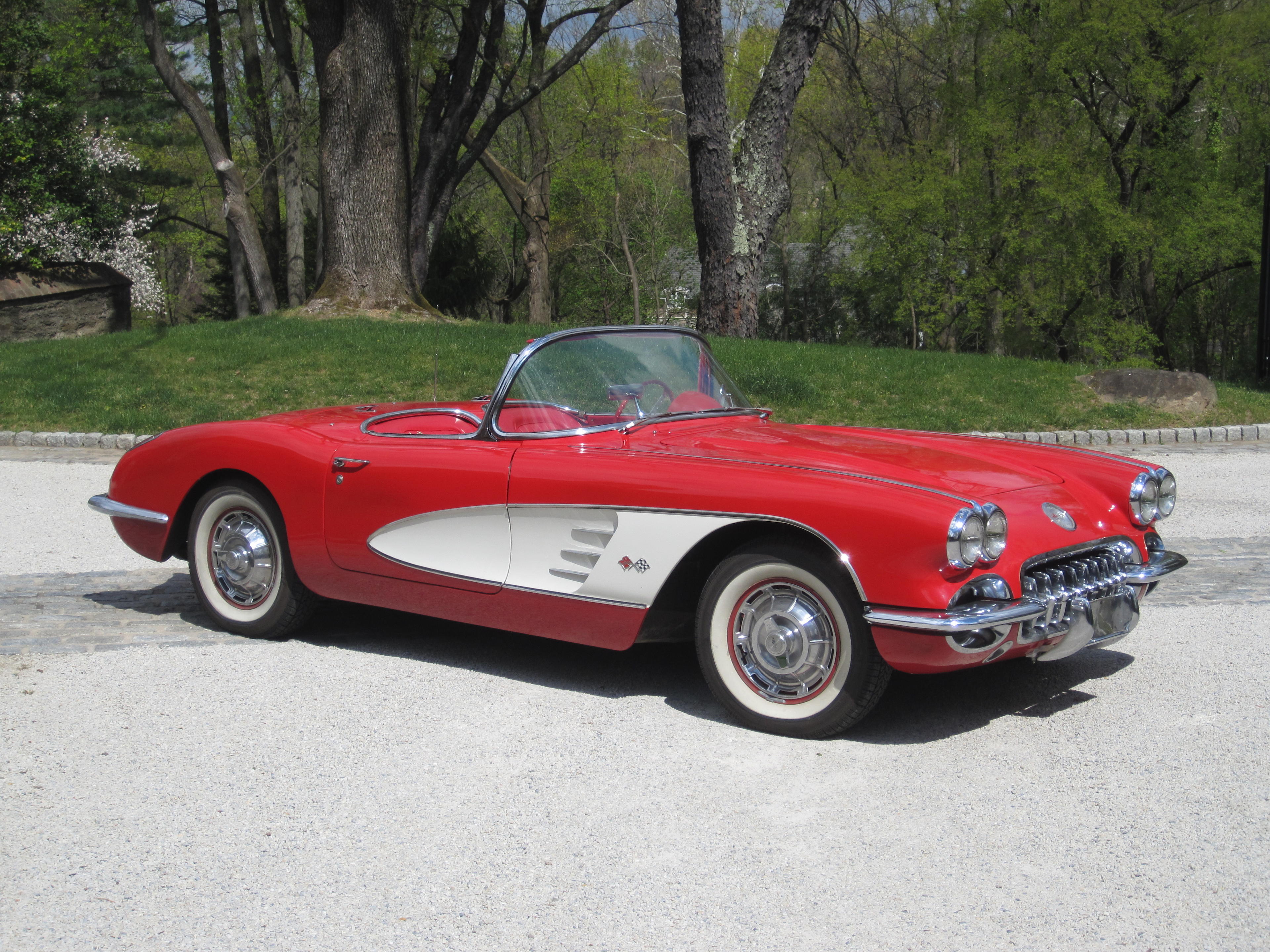 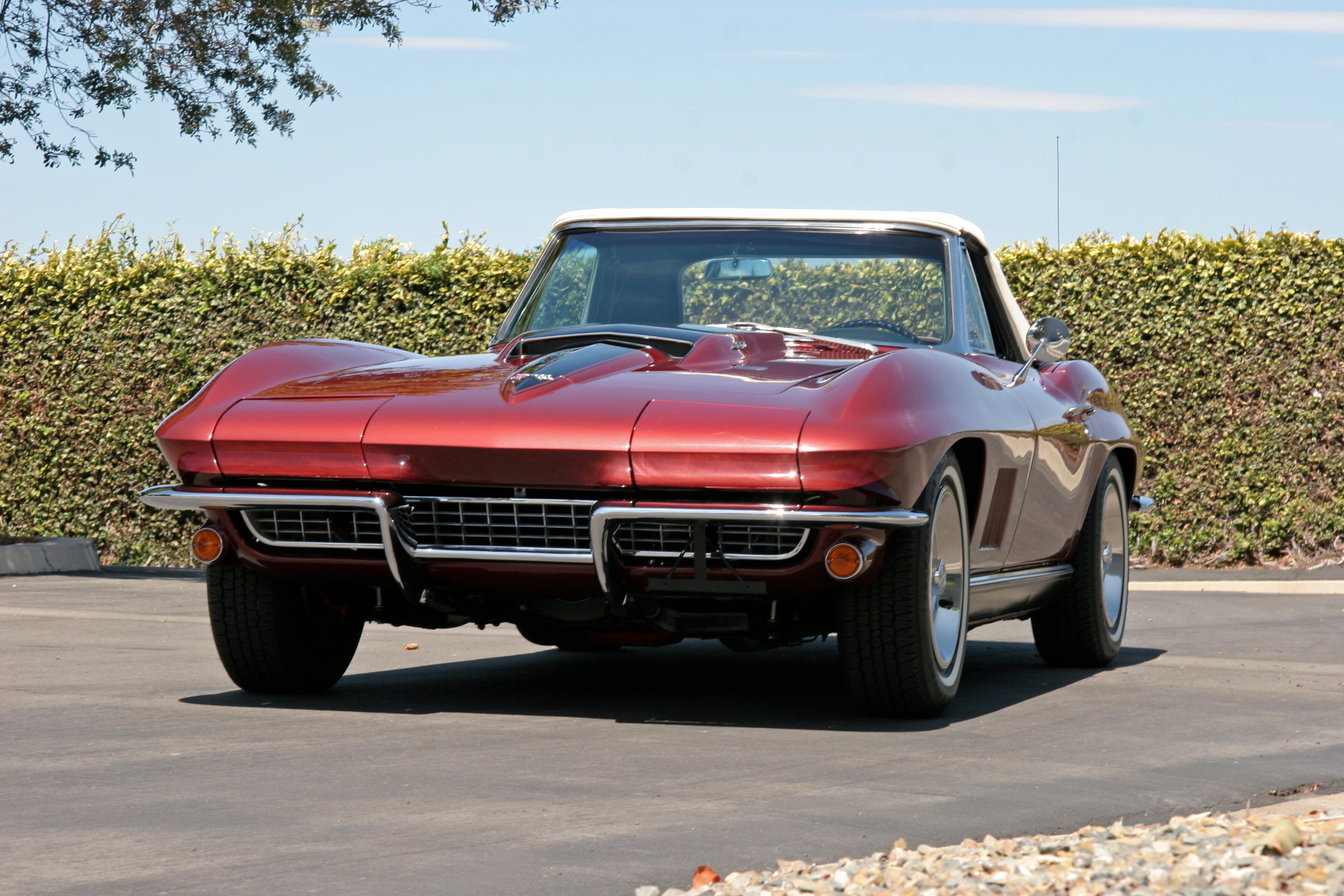 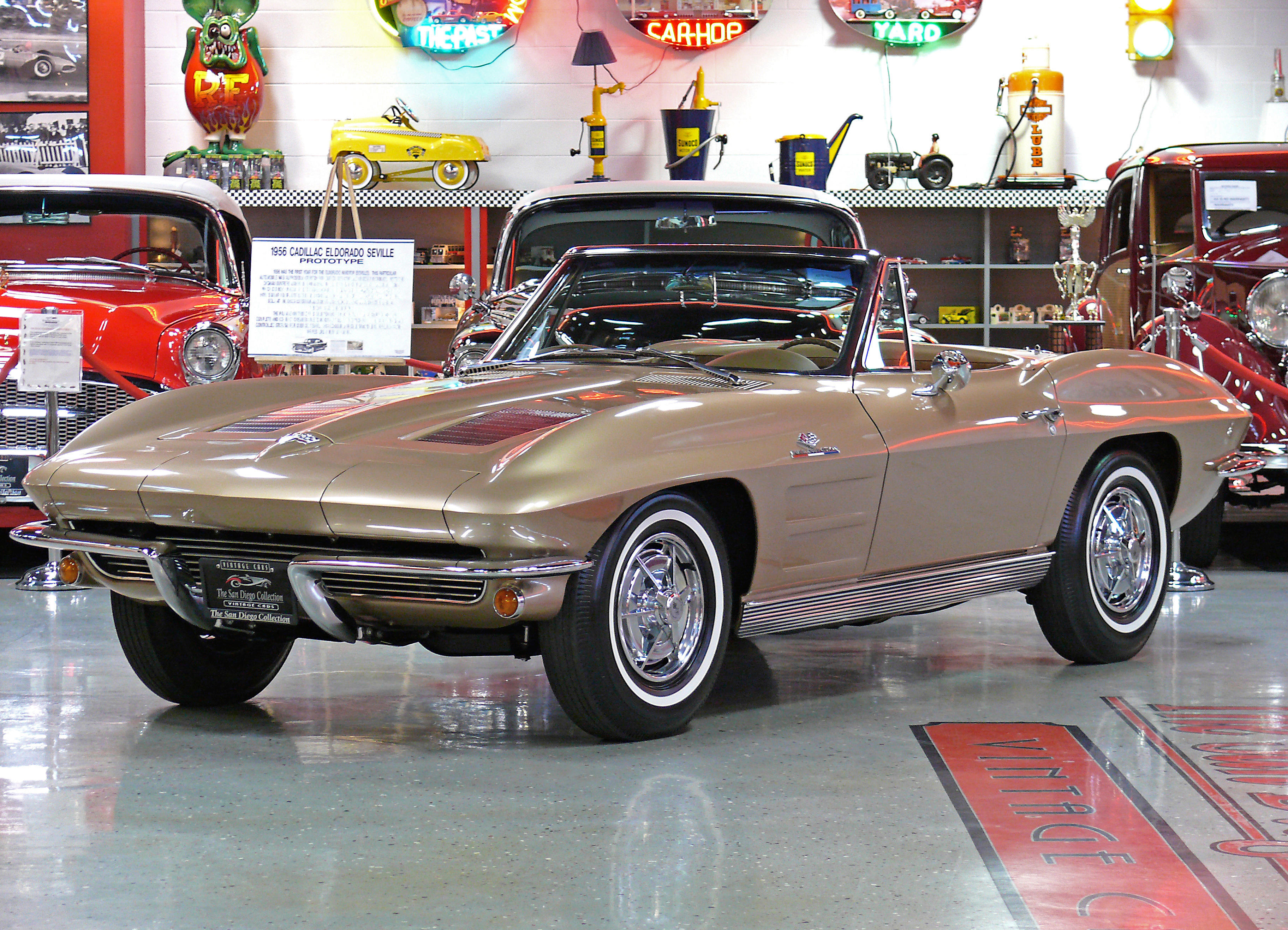 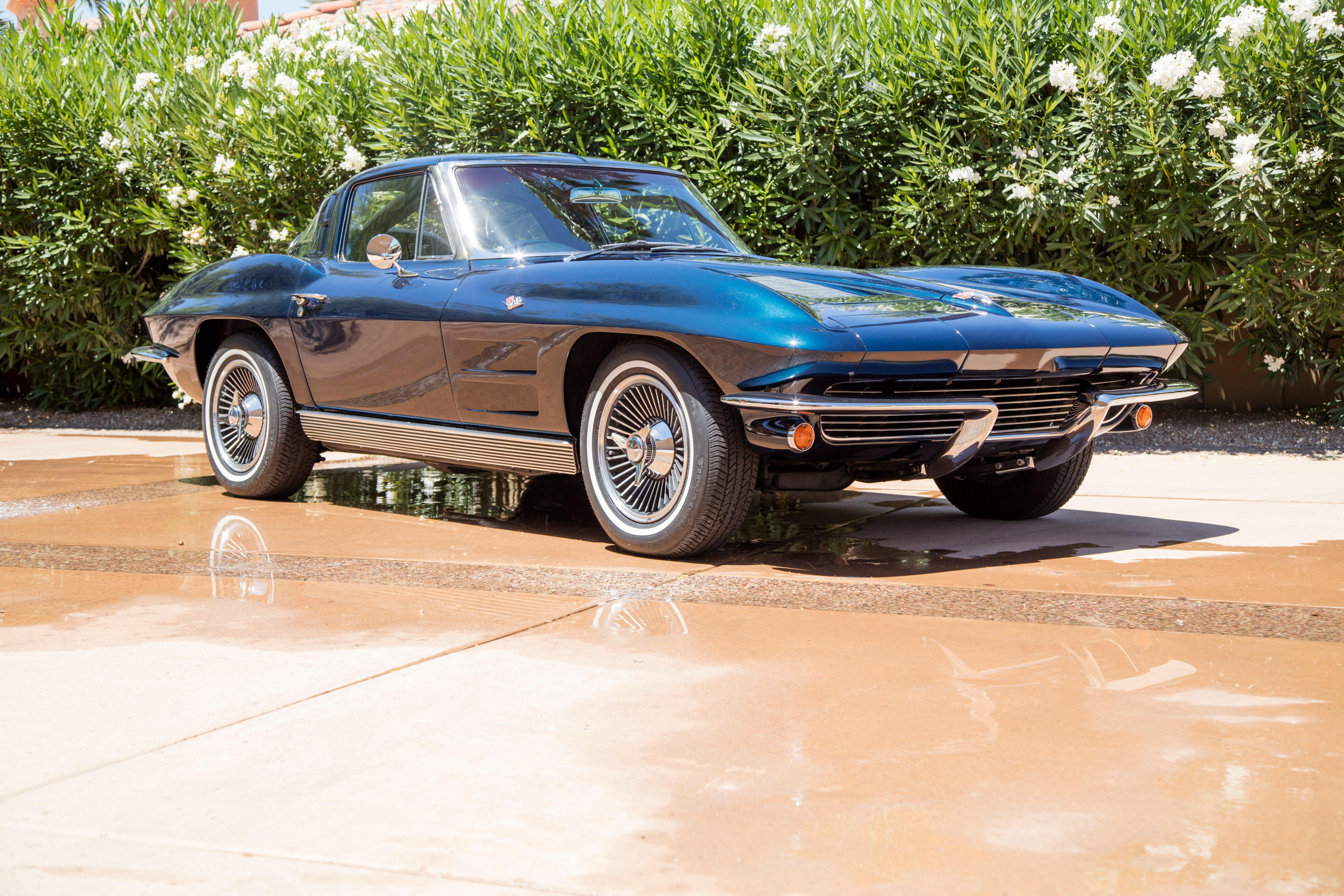 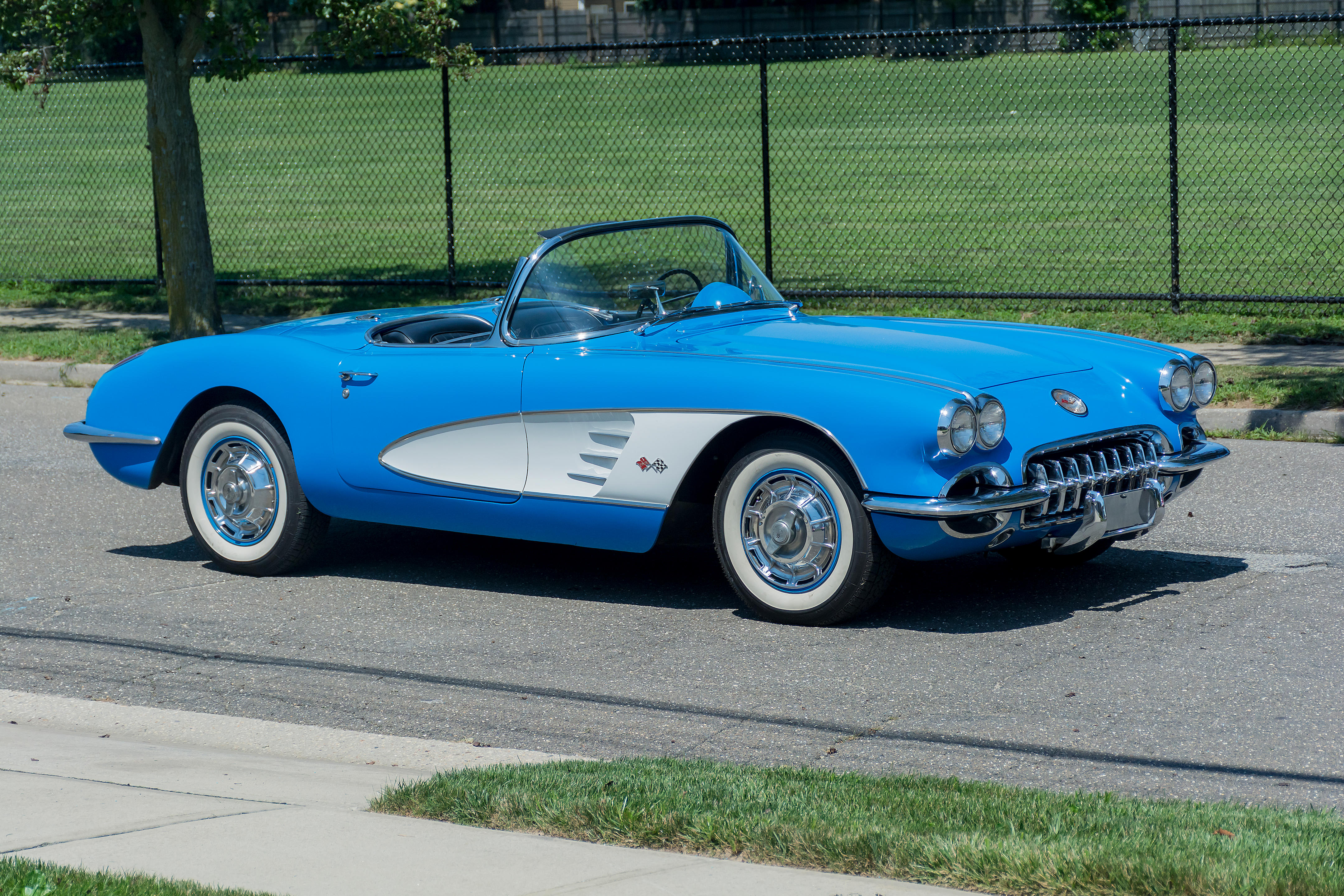 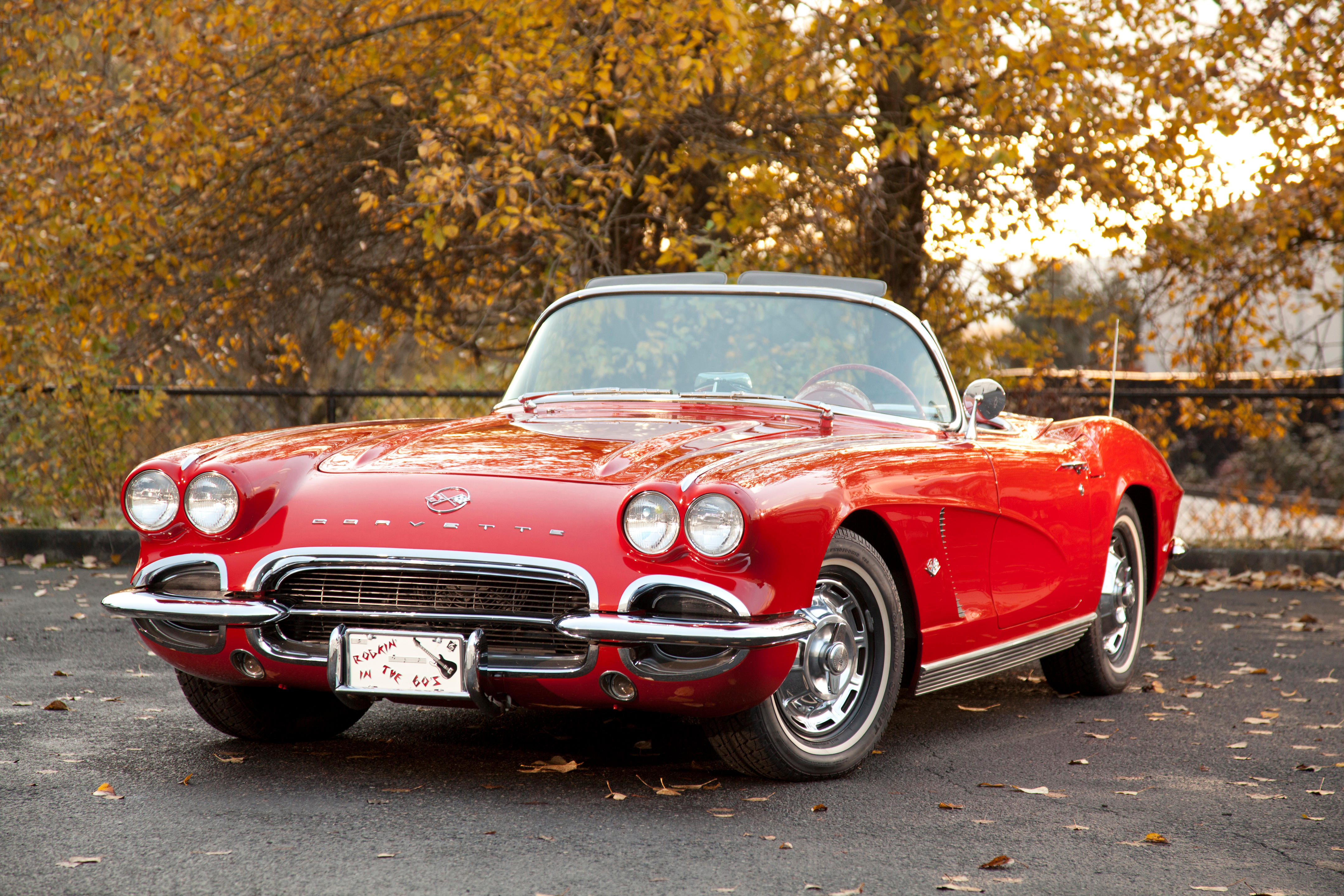