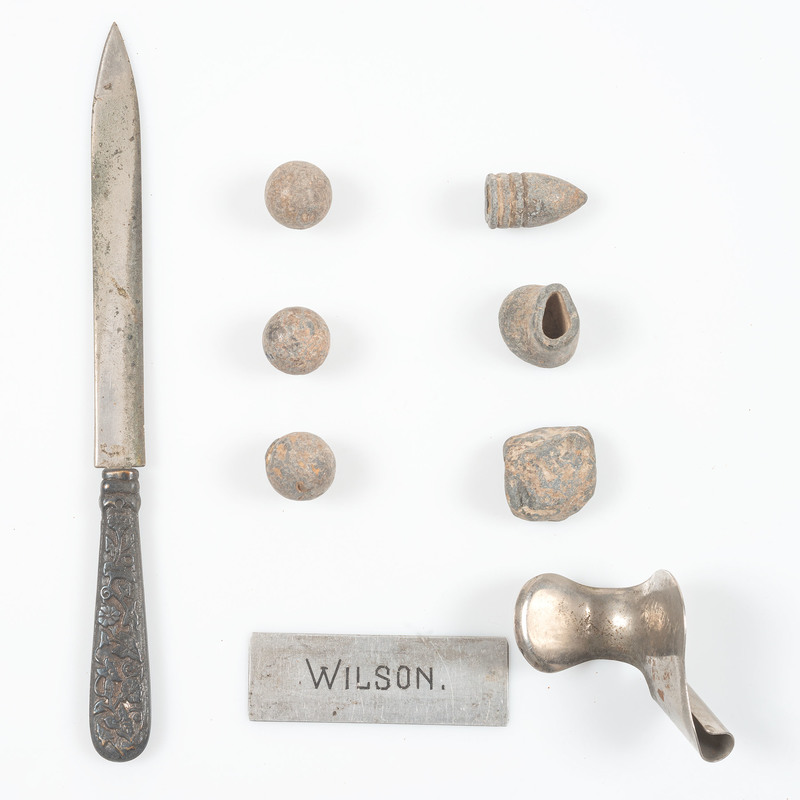 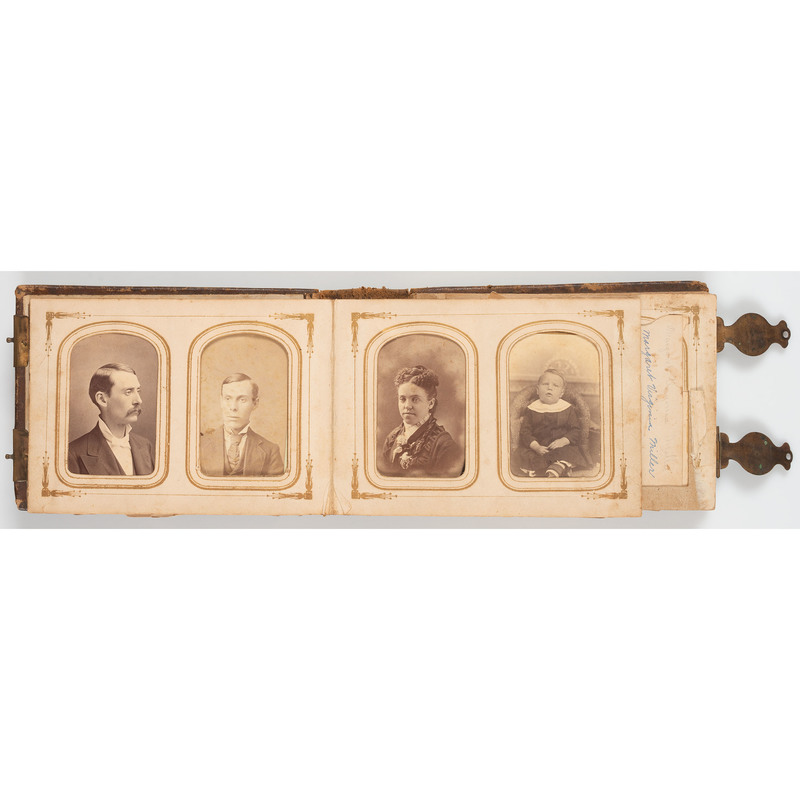 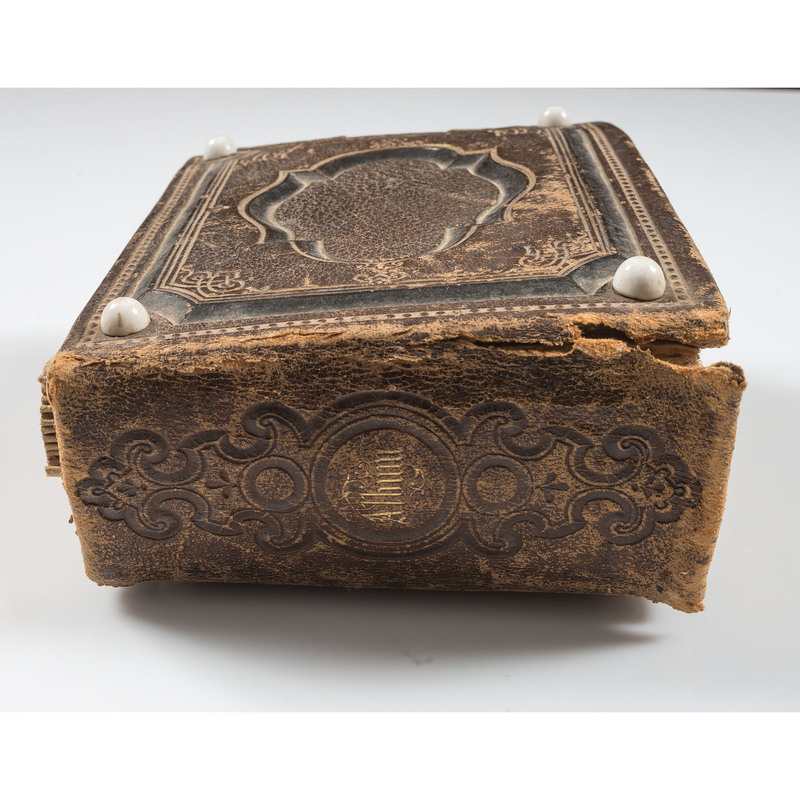 Large family archive highlighted by 100+ photographs including several images of a Kansas cabin once occupied by John Brown Archive also contains a photocopy of a typed manuscript, 38pp+, identified on page 1 as "August Bondi Papers," and containing text from the autobiography of anti-slavery activist August Mendel Bondi (1833-1907), a Jewish immigrant who fought alongside John Brown in 1850s "Bleeding Kansas." Additional items in the archive relate to members of the Seymour family, who were also early Kansas settlers, as well as the Wilson family, early settlers from the Washington, PA region who were related to the Seymours through marriage. It is unclear how, or if, members of the Wilson and Seymour families were personally connected to John Brown August Bondi (sometimes "Bondy"), and the Kansas anti-slavery movement beyond historical interest. One envelope in the collection houses three identical images of a woman in front of a cabin, and contains the handwritten notation "log cabin built by John Brown in 1856 for his brother-in-law Orson Day. The cabin was razed in 1924. This picture taken in 1918 by Fannie Seymour. (Standing in door-way Mrs. J.O. Seymour who died in 1940.) Cabin located 1 mile south 3/4 mile west of Rantoul." In an August Bondi letter of 1883 to a Massachusetts newspaper, Bondi recalled this cabin, saying that, "The evening of May 24 [1856] I arrived, tired and hungry, at the camping-ground of Old Brown, a log cabin on the banks of Middle creek, upon the claim of his brother-in-law, Orson Day. This is one of the cabins which, under the claim of 'John Brown's cabin,' has since become famous." Accompanying the Brown cabin photographs is a postcard with the image of Brown below which appears the text "Dedication of John Brown park / Osawatomie, Kansas, August 30-31, 1910." Early photography in the archive includes a large oval portrait of an unidentified man, approx. 7.25 x 9.25 in. [sight][ framed to 12 x 14 in., housed in a wooden frame, attributed below image to "Rothwell Artist & Photographer, Washington, PA"; group of eight hard images, sixth and ninth plates, housed in a mix of full and half cases with one uncased, all portraits of unidentified men and women; leather CDV album holding approx. 65 images, mostly portraits, many identified on verso as members of the Wilson family and with Washington, PA studio imprint; also approx. a dozen loose CDVs and tintypes. One CDV in the album shows a Civil War soldier in uniform and is identified on verso as "Mr. Bulford / Washington, Pa." likely Lt. Col. Samuel S. Bulford, of the PA 37th and 87th Infantry. Twenty additional photographs of later date range in size from 8.75 x 6.75 in. to 4.75 x 3.75 in. and include a mix of loose albumen prints, mounted albumen photos, and cabinet cards, with the cabinet cards representing the studios of various Kansas photographers including "Mrs. Brockway" of Wellsville, KS. Mrs. James O. Seymour, pictured in front of the Brown cabin, was born Catherine Charlotta "Bird" Wilson, the daughter of a prominent Washington, PA physician Dr. J. R. Wilson. Her father's medical school textbook, "On the Cryptogamous Origin of Malarious and Epidemic Fevers" (Philadelphia, 1849) is included in the archive, as is an "In Memoriam" written by a colleague upon the Dr. Wilson's death. Other documents in the archive include newspaper clippings and several 20th century letters relating to family history, all of which are housed in a leather document holder. An unusual writing implement known as "C.A. Faust's Patent Myograph," designed to force correct position of the hand when writing, accompanies the archive. Interestingly, a small group of five bullets accompanies the archive as well, consisting of one conical lead bullet, a mushroomed conical lead bullet, and three roundballs, all dating to early-to-mid 19th century. Condition: Large oval image not removed from frame for inspection, with chipping and wear to frame. Leather CDV album is heavi