WILSON, ALEXANDER and CHARLES LUCIEN BONAPARTE. Illustrations of the American Ornithology of Alexander Wilson and Charles Lucian Bonaparte. Engraved by W. H. Lizars, and coloured by Captain Thomas Brown Edinburgh: printed by Andrew Shortrede 1832. Large 8vo, 254 x 179 mm. (10 x 7 in.), later black straight-grained morocco, g.e., worn, joints split, marginal foxing to 10 plates . FIRST EDITION of William Home Lizars' reduced versions of the original plates from Wilson's and Bonaparte's American Ornithology (first published as two separate works); letterpress title and two section titles, 97 fully hand-colored engraved plates by William H. Lizars, 76 after Wilson, the remainder after T. R. Peale, A. Rider, and J. J. Audubon (plate 4 in the second section), the backgrounds also colored. In 1831 two rival octavo editions combining Wilson's American Ornithology with vols. 1 to 3 of Bonaparte's continuation were in preparation, the first edited by Robert Jameson and the second by William Jardine (see following lot). Jameson's compilation, which included extracts from Richardson and Swainson's Fauna Boreali-Americana , and which bore the same title as Jardine's 1832 edition, was issued in 1831 as part of the series of Constable's Miscellany with a companion folio volume containing 124 plates after Captain Thomas Brown by various engravers including William H. Lizars, and which was entitled Illustrations of the American Ornithology of Alexander Wilson and Charles Lucian Bonaparte... . Although the publisher's note in the first volume of Jameson's edition announced only this folio edition of Brown's Illustrations (itself a very rare book), Jardine also issued two other sets of reproductions of the original Wilson and Bonaparte illustrations, the first a set of royal octavo copper engravings, and the second a set of sextodecimo or small octavo lithographs. These three separate editions of the illustrations were announced in a notice of Jameson's edition printed in the Edinburgh New Philosophical Journal , July-Sept. 1831, p. 409. The present copy is one of the royal octavo sets (described in detail by Walter Faxon in his 1919 article in The Auk [cited below]), containing reduced versions by Lizars of the original Wilson and Bonaparte plates. The only other copy that we have been able to trace is Faxon's own copy, now at the Museum of Comparative Zoology at Harvard. The same plates were used by William Jardine for his 1832 edition (see following lot). Apparently Jardine acquired these plates -- either the actual copperplates or the printed sheets -- before more than a handful of sets had been issued with the above title-page, but after the text of his own edition had been composed and/or printed, for in order to incorporate the plates into his edition they had to be cut down to their platemarks. Ayer/Zimmer, p. 683; Walter Faxon, "A Rare Work on American Ornithology", The Auk , XX:236-41 (1903) and XXXVI, no.4:623-6 (1919). Provenance : Ogden Mills, according to a loosely inserted ms. note by Dr. Evan Morton Evans (1870-1955) Daniel Webster Evans (1907-1966) 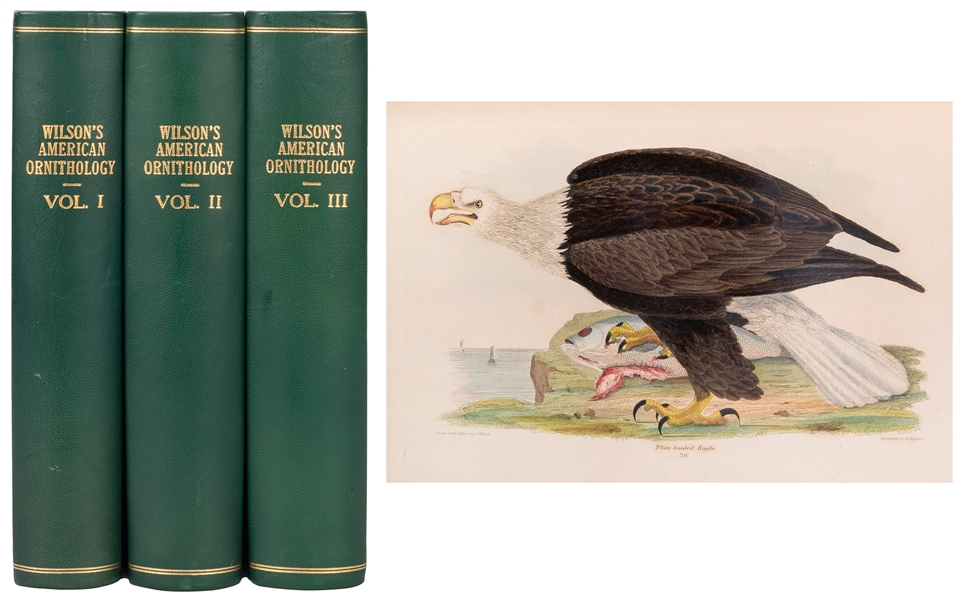 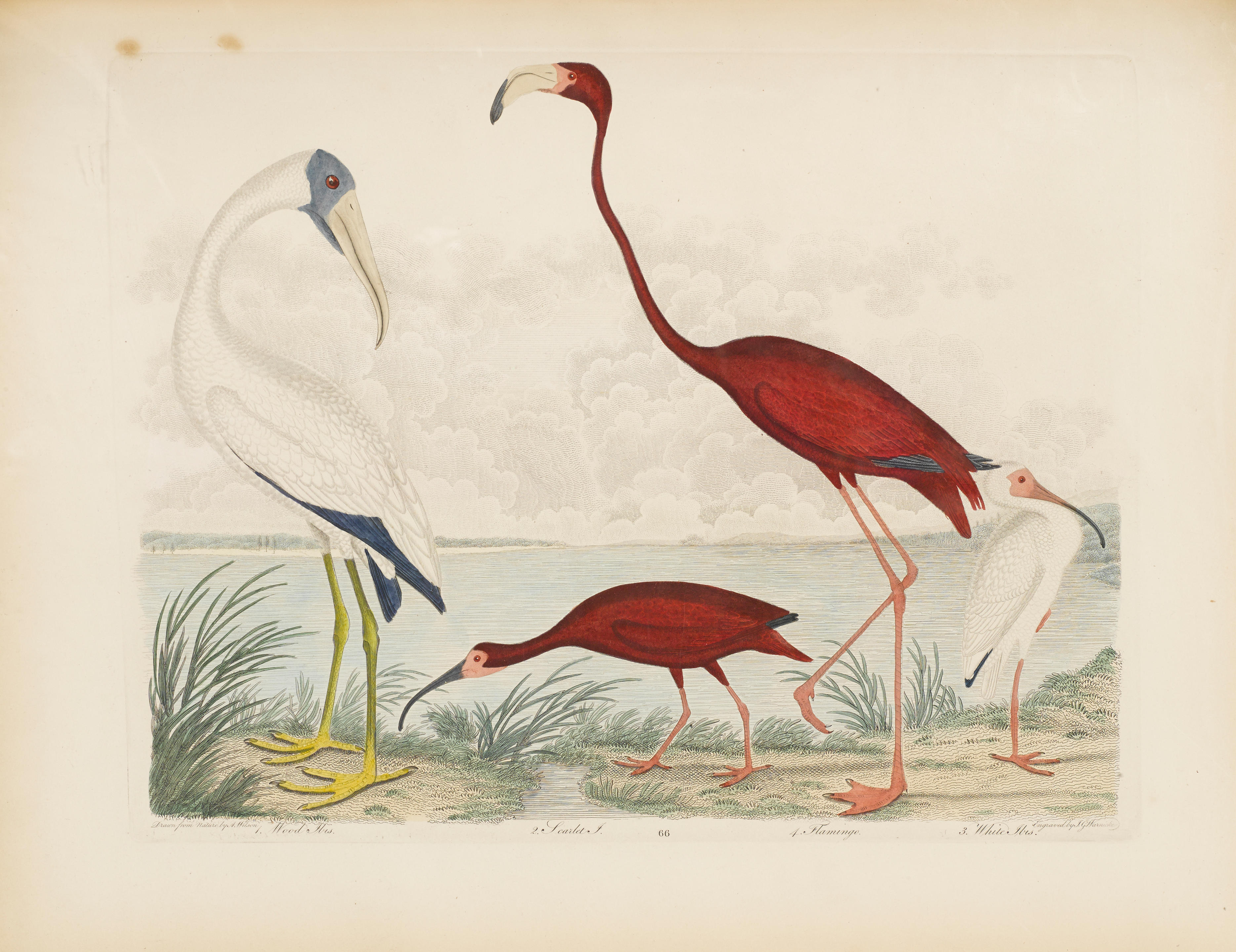 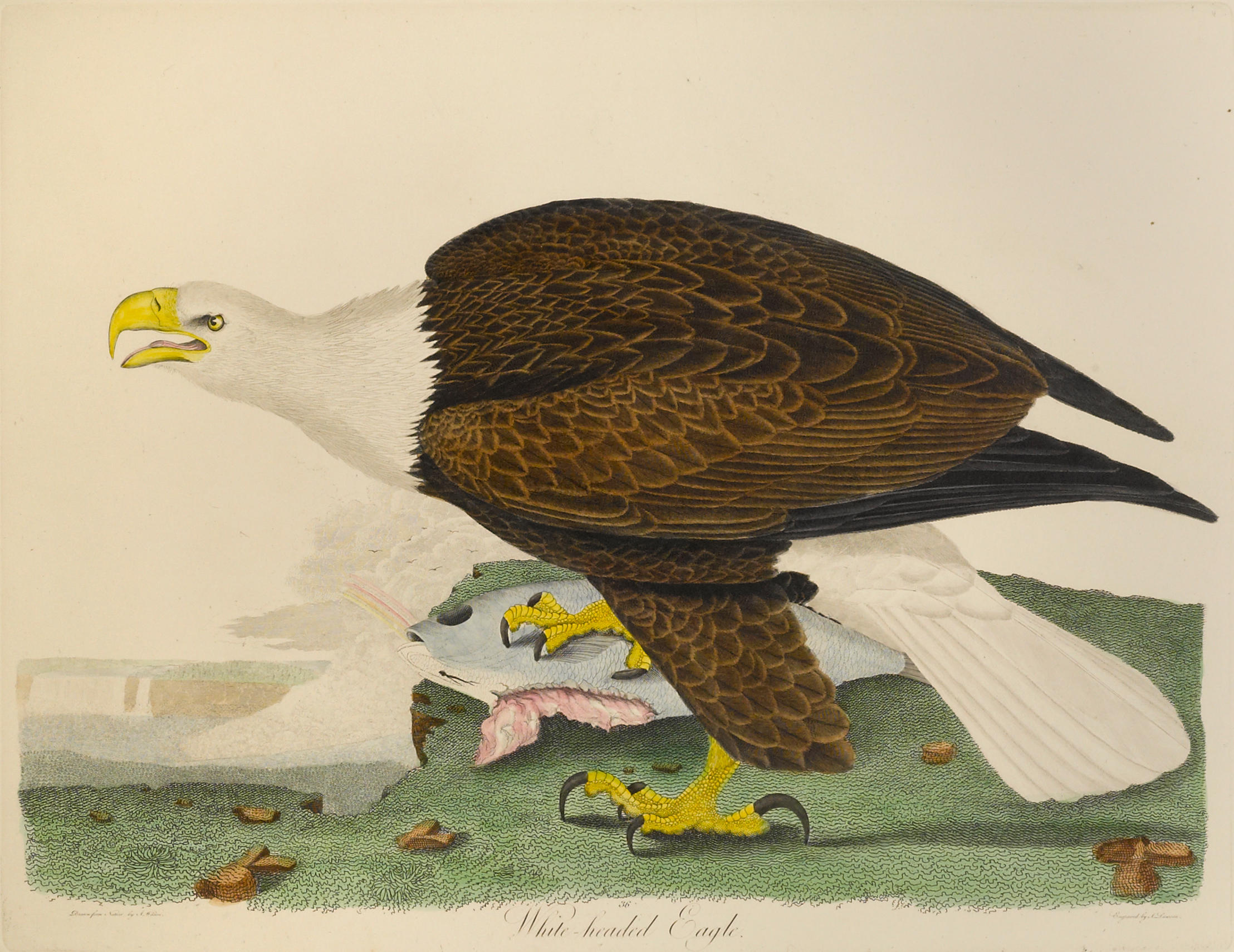