Two-Volume Manuscript – Commentary of the Vilna Gaon on Tikkunei HaZohar / Hadrat Kodesh by the Vilna Gaon – Original Copy of Rabbi Yitzchak Eizik Chaver, with Glosses Handwritten and Signed by him – Unprinted Glosses

Two manuscripts: Commentary of the Vilna Gaon (Gra) on Tikkunei HaZohar; Hadrat Kodesh, kabbalistic entries and anthologies of teachings of the Gra. Copied by scribes, with many corrections and notations of Kabbalist R. Yitzchak Eizik Chaver, some in his own handwriting and some copied by his scribes. [Lithuania-Poland, early 19th century]. These manuscripts originated in the home of R. Yitzchak Eizik Chaver, and he studied them and illuminated them with glosses in his own handwriting. The manuscript was written for him by several scribes [apparently, primarily by his son R. Yosef Chaver and partly by other scribes]. The manuscript contains more than 100 glosses by R. Yitzchak Eizik Chaver, some with signatures at beginning or end: "N.L. [Nir'e Li] Yitzchak" ("So it seems to me, Yitzchak"), initials of the inscription "Nir'e Li Yitzchak", and "Yitzchak" [he signed "Yitzchak" mostly on glosses in his own handwriting]. Some glosses were written by the scribe [his son R. Yosef] while copying the book (in "windows", parentheses in the text, or in the margins), and some were added at a later time to the margins. The glosses contain textual corrections and kabbalistic notations. At the beginning and end of the first volume are ownership inscriptions in the handwriting of: "Yisrael Yosef son of R. Y. Heilprin", who attributes the composition to R. Yitzchak Eizik Chaver: "This book was authored by… R. Yitzchak Isaac and Rabbi of Suwałki...". Signatures of R. "Yitzchak Zvi Rakovsky" [descendant of R. Eizik Chaver]. Extensive parts of the text were apparently written by his son R. Yosef Chaver (see Kedem Catalog, Auction 33, item 351), who added many of his father's glosses while writing [and his own as well]. At the beginning of Vol. 1 (until leaf 44) are glosses (textual corrections) in a different hand, signed "N.L.A.". Vol. 1 contains the Gra's commentary on Tikkunei HaZohar from the introduction to Tikkunei HaZohar until the end of Tikkun 57. From p. 151b are further glosses of R. Eizik Chaver, and other additions. Vol. 2 contains the Vilna Gaon's commentary on Tikkunei HaZohar from Tikkun 58 until the end (Tikkun 70). Afterward is an essay by R. Moshe Shlomo of Tulchyn, disciple of the Vilna Gaon. A new pagination opens Sefer Hadrat Kodesh. This part of the manuscript has many corrections (of copying errors), in the margins and between the lines. In the margins of Hadrat Kodesh are inscriptions next to several sections in a later writing: "Printed in Sefer HaYetzirah" [with the Gra's commentary]; "Printed in Sifra D'Tzni'uta [with the Gra's commentary]; "Printed in Yahel Or" [printed in Vilna, 1882]. Kabbalist R. Yitzchak Eizik Chaver (1787-1852, Otzar HaRabbanim 11168) was one of the major promoters of the writings of the Vilna Gaon. At the early age of fourteen, Rabbi Menachem Mendel of Shklov (disciple of Vilna Gaon) already noted his readiness to study Kabbalistic wisdom. Even in his youth, his name spread as a Torah prodigy, erudite in all facets of Torah, and he served as rabbi of several prominent communities: Prozina, Razini, Vawkavysk. From 1837-1849, served in the Tykocin rabbinate and in 1849 relocated to the Suwałki rabbinate and served as rabbi for four years. Exalted genius, among the leading Torah giants and rabbinical authorities of his times, he completed the Talmud 60 times. Composed dozens of books on revealed and kabbalistic Torah topics, of which only some were published, including many Kabbalistic books on the teachings of the Vilna Gaon, halachic responsa and books on Talmudical treatises. His son, R. Yosef Chaver (died Cheshvan 1875) served as Rabbi of Parysów, Knyszyn and Jedwabne [in the Lomza region, Poland]. Author of Zero'ah Netuyah on the Passover Haggadah, Nefesh Naki - a eulogy on his father, Sha'ar Yosef, Tzefirat Tif'arah, etc. His illustrious father venerated him for his Kabbalistic knowledge, and in his testament, Rabbi Yitzchak Eizik Chaver requested that his son the Rabbi of Knyszyn "study my

Manuscripts of the Vilna Goan’s Commenta

Manuscripts of the Vilna Goan’s commenta 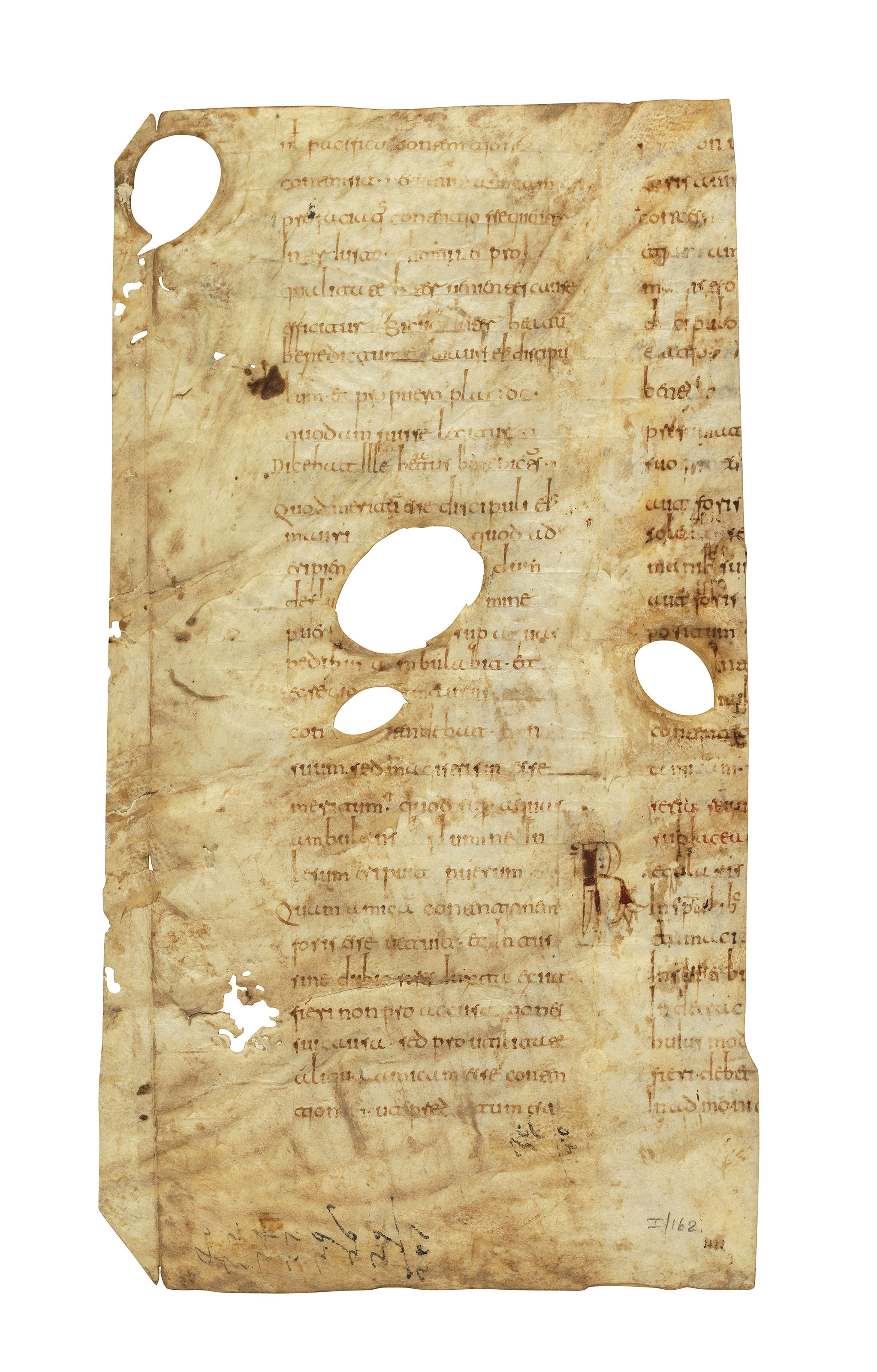 SMARAGDUS OF SAINT-MIHIEL, Commentary on

Manuscript, Torah Commentary of the Ba’a Facsimiles – Bible Manuscripts and the R