The Pelham Water Buffalo An Exceptional Chinese Imperial Spinach-Green Jade Water Buffalo with a Fine Gilt Bronze Stand. Qing Dynasty, Qianlong Period 1736-95, 20.8cm long. Description The recumbent beast with a serene mildly inquisitive expression, carved from a massive spinach-green boulder; is depicted with his head turned and raised to the right, his facial features with flaring nostrils and alert eyes, framed by horns curling back to his spine, the trumpet-shaped ears and horns finely incised with lines depicting the fur, his dewlap beneath the neck naturalistically carved flowing down to the base, the form of the body accentuated by the superbly defined spine extending to the tail that curls above his hind leg, all four hooves boldly carved on the underside. The gilt bronze base incised with flowers and foliage to the surface above a key fret band bearing a four character Qianlong mark. A narrow band of scrolling flowers and foliage dividing elaborated stylized lappets and with a second key fret band at the foot. Paper label for John Sparks Ltd. 128 Mount Street London. And another inscribed 'The property of Sackville, 5th. Earl of Yarborough'. Provenance Purchased from John Sparks Ltd. 24th June 1938 for £300. Listed in the Sparks archive as "No. 2988 - 1 v.fine green jade Buffalo, gilt stand, Ming". The property of the late Sackville George Pelham, the 5th Earl of Yarborough, d.1948, and thence by descent. Sackville George Pelham, 5th Earl of Yarborough, MC (17 December 1888 -7 February 1948) was a British peer and soldier, known as Lord Worsley from 1914-1926 and Lord Conyers from 1926 until his accession to the earldom in 1936. Pelham was the second son of Charles Pelham, 4th Earl of Yarborough and his wife, Marcia. In 1910, he became a Second Lieutenant in the 11th Hussars and initially fought as a lieutenant in France during World War I before being promoted to the rank of captain in 1916. During the war his elder brother, Charles, was killed in action and Sackville assumed the former's courtesy title of Lord Worsley. After the war, he was awarded the Military Cross and retired from the Army in 1919 when he married Nancy Brocklehurst (a niece of Lord Ranksborough). On the death of his father in 1936, Sackville inherited the earldom; in the same year he commanded the Nottinghamshire Yeomanry as a Lieutenant Colonel, being posted to Palestine at the outbreak of World War II. On returning to Britain in October 1940, the ship carrying the Earl and Countess of Yarborough came under enemy fire and was sunk. Although most of the passengers and crew survived, the Earl contracted respiratory problems from the smoke, which contributed to his early death in 1948 at the age of 59. His jade buffalo then became the property of his eldest daughter, Lady Diana Miller, who in the same year emigrated to Southern Africa. Whilst the existence of this piece of jade was not in doubt, its whereabouts were subject to some speculation. Many of the Earl’s possessions would appear to have been packed and placed in storage at the outbreak of the Second World War and over the subsequent years some inventory records were mislaid. In 2005 Lady Diana Miller returned to the United Kingdom. A large wooden chest, thought to contain porcelain, was opened in July of that year. Inside, amongst the various items, was found an old wooden box, sealed with rusty nails, string and sealing wax. The box was opened for the first time in 65 years, and inside, carefully wrapped in newspapers dated 1940, were the magnificent jade buffalo and its gilt bronze pedestal. Catalogue Note A small number of large jade carvings, mainly of water buffaloes and horses, were included in the Oriental Ceramic Society exhibition Chinese Jade Throughout the Ages, Victoria and Albert Museum, London 1975, cat. Nos.391-7. They are discussed in the accompanying Transactions of the Oriental Ceramics Society, vol.40, 1973-75, p.118, as being: ‘among the most ambitious and monumental ex

A white jade carving of a water-buffalo 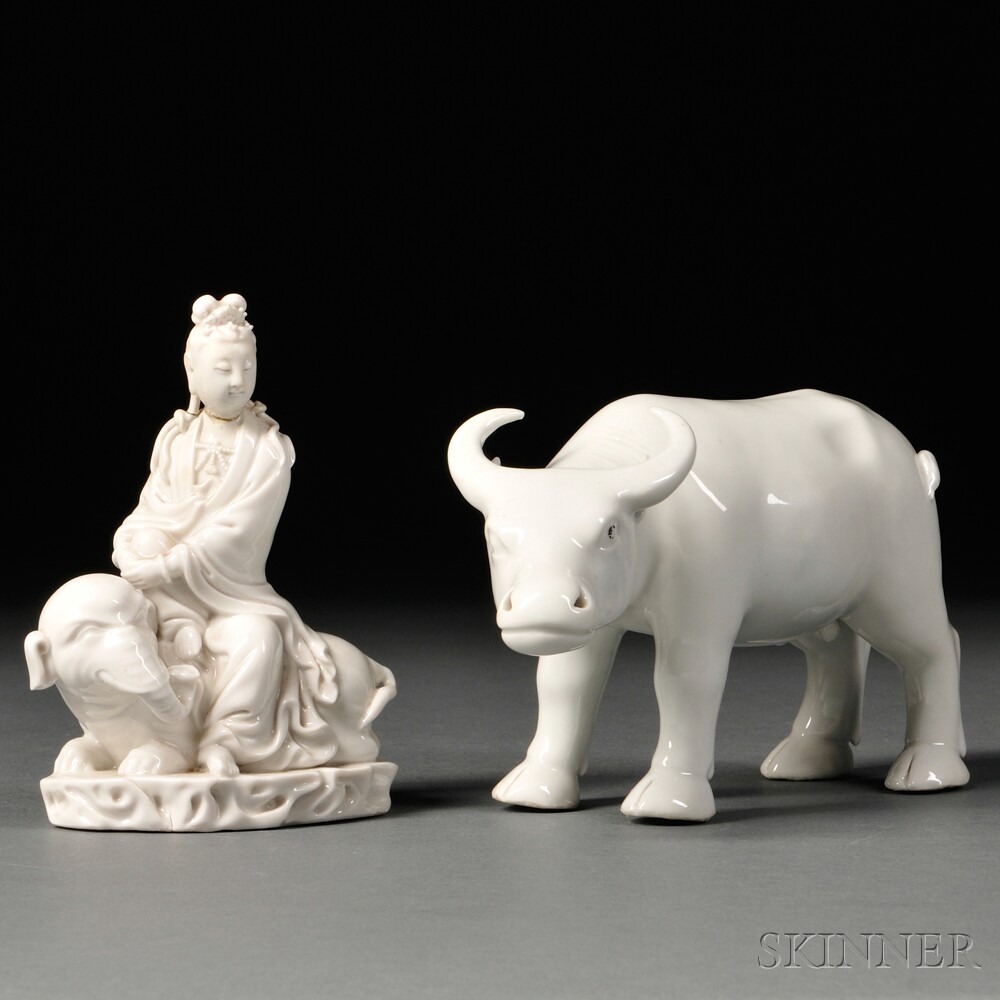 A WELL-CARVED PALE GREENISH-WHITE JADE B

A BRONZE FIGURE OF A BOY ON A WATER BUFF A brise fan , lacquered in black, gold a 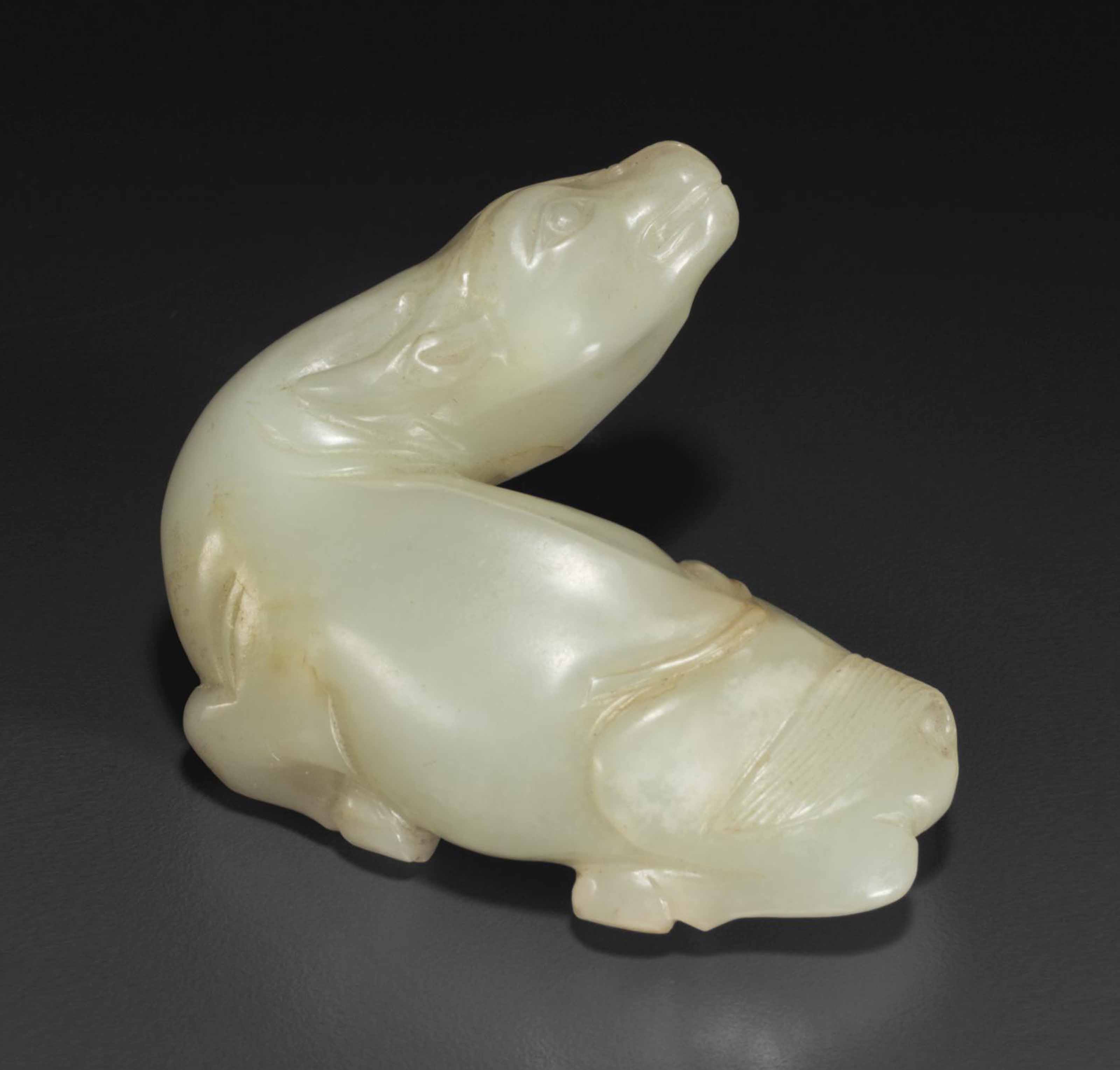 A SMALL WHITE JADE FIGURE OF A RECUMBENT 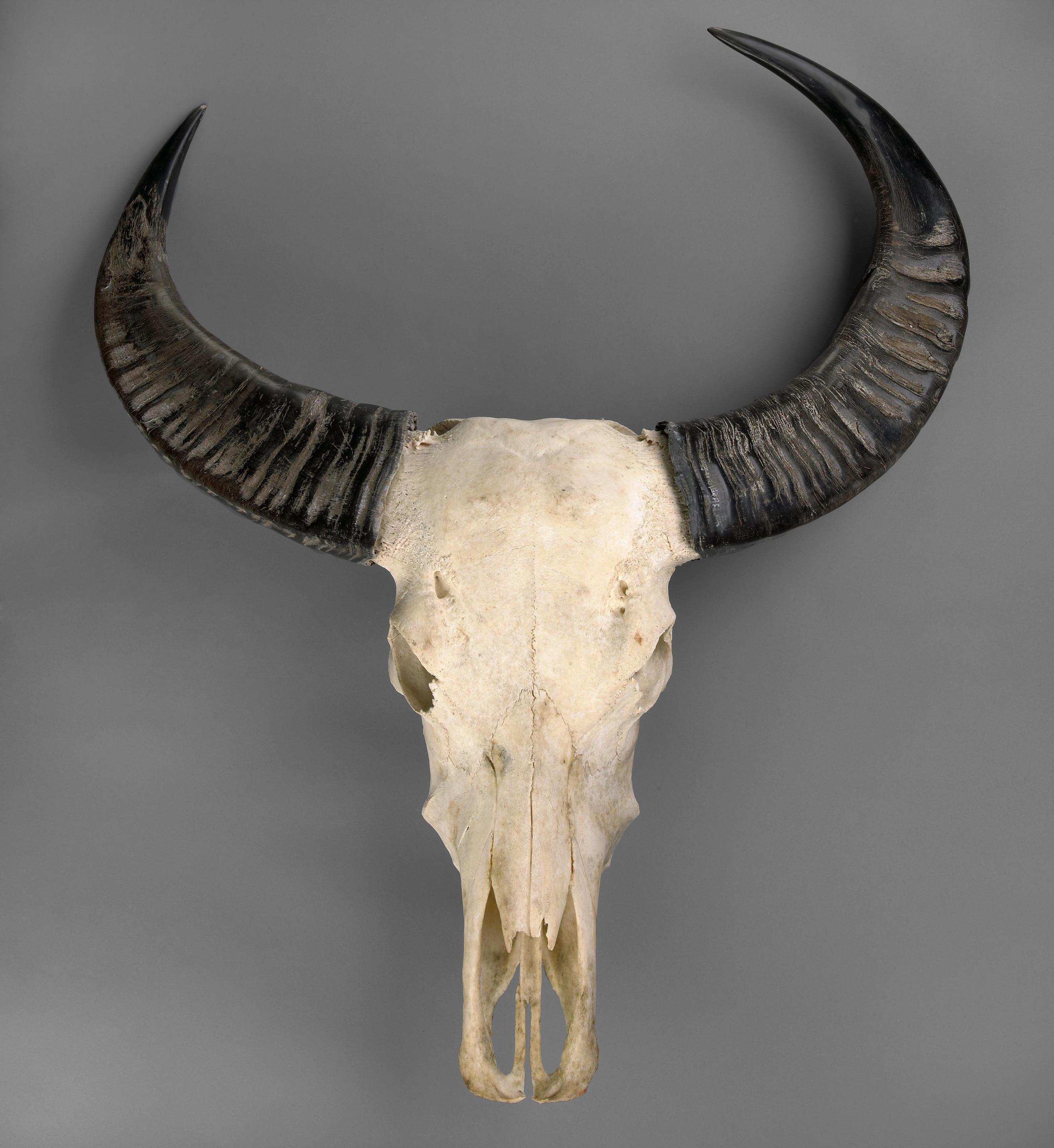