The Collection of Medals formed by the

The Collection of Medals formed by the late Tim Ash Indian Mutiny 1857-59, no clasp (Lieut. C. K. M. Walter) regimental details erased, otherwise nearly very fine £350-450 Footnote Charles Kenneth Mackenzie Walter was born at Gate Burton, Lincolnshire, on 10 June 1833, son of the Rev. Weaver Walter. He was appointed Ensign in the 73rd Bengal Native Infantry on 20 March 1852, becoming Lieutenant in February 1856. He joined his appointment as Officiating Assistant to the Agent to the Governor-General for the States of Rajpootana in March 1856, and was appointed to act as Adjutant of the Mhairwarrah Local Battalion in November of that year. In March 1857 he was appointed Officiating 1st Assistant to the Commissioner of Ajmere. In his capacity of a military officer in civil employ, Lieutenant Walter qualified for the Indian Mutiny medal for his services in connection with the pursuit of the Nusseerabad mutineers, as described in a despatch to the Secretary to the Government of India: ‘Lieutenant Walter, Assistant Commissioner of Ajmere, accompanied by Lieutenant Heathcote, Assistant Quarter Master General, and Ensign Hood, 30th Native Infantry, with 1,000 of the Marwar troops, pursued the mutineers, but were unable to induce them to attack the latter, as was also my Assistant, Captain Hardcastle, who from his long association with Rajpoots, I thought more likely to have influence over them, and whom I sent to overtake Lieutenant Walter’s force. Indeed, I am sorry to say, the troops of both Meywar and Marwar allowed the Neemuch and Nusseerabad mutineers to pass unmolested through the country, thus proving their fear of encountering our Regulars, when backed by guns, and even when they themselves had the superiority in numbers. That some of the inferior soldiery sympathised with our rebels is beyond doubt, and is not astonishing.’ Despite the questionable loyalty of his troops and their failure to engage the mutineers Lieutenant Walter, nevertheless, received the thanks of the Government of India for the ‘zeal and energy displayed by him whilst in pursuit of a body of Mutineers from Nusseerabad.’ After the Mutiny Walter continued in his Political Employment in various posts in Rajputana. On the occasion of the Imperial Assemblage at Delhi on 1 January 1877, for the proclamation of Queen Victoria as Empress of India, Major Walter was present as Officiating Agent to the Governor-General, Rajputana States. However, it is as the founding father of the Mayo College at Ajmer that Walter is to be best remembered, an educational establishment that flourishes still. Mayo College was opened at Ajmer in 1875, the inspiration of Charles Walter, and in which he maintained an active participation until his retirement to England. It was not, however, his only achievement, for amongst his other acts was the founding of the Walter Hospital for Women, at Udaipur where he served for some years. Walter left the service as a Colonel in 1890 and in May of that year was appointed by Queen Victoria to be a Companion of the Most Exalted Order of the Star of India. Colonel Charles Walter, C.S.I., Bengal Staff Corps, died in London on Christmas Day 1892 after a long and painful illness. Sold with a comprehensive file of research.

A COLLECTION OF MEDALS, PHOTOGRAPHS, SIL

A collection of medals and medallions to 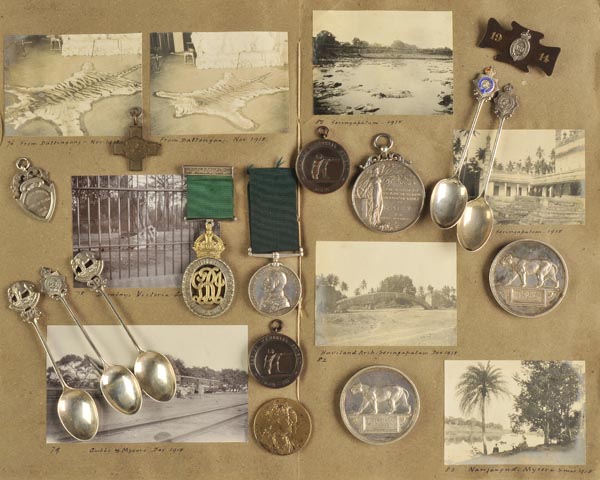 Collection of Medals, Badges and Tokens

A family collection of medals 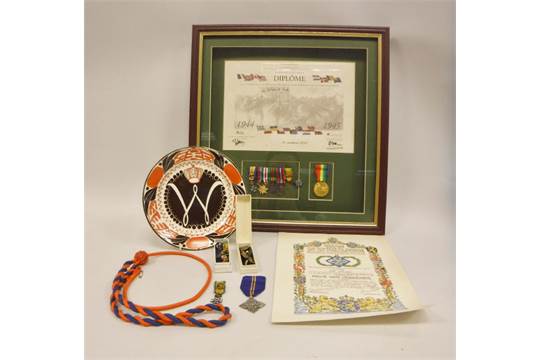 A collection of medals relating to De He Medals and Awards given to Robson Lowe a

An important collection of medals and aw

A collection of medals

COLLECTION OF MEDALS, TOKENS AND BADGES,

A family collection of medals