Studio of François Boucher (French, 1703–1770) Les Oiseaux Nicheurs (The Bird Nesters) Oil on canvas, painted in the oval 39 1/2 x 33 7/8 in. (100.3 x 86cm) Executed circa 1733-1734. provenance: Sotheby's, New York, sale of May 23, 1997, lot 72 (sold as after François Boucher). Private Collection, New York. note: We wish to thank Mr. Alastair Laing for his kind assistance in cataloguing the present work. This painting is a contemporary copy produced within the atelier of François Boucher, after the painter's famous 1733 painting The Bird Nesters, which sold at Christie's, New York, on October 24, 2021, as lot 89 (now still in private hands). It is one of several paintings of nearly identical size, format and genre that Boucher produced shortly after his return to Paris from Rome in 1731. Similar to The Egg Seller (in the Wadsworth Atheneum, Hartford) and De Trois Choses en Ferez-Vous Une ? the canvas depicts, in a life-size, upright oval, a rustically attired couple engaged in a subtly erotic, yet intensely suggestive interaction. Here specifically, an oiselière (bird girl) is shown putting newly-hatched chicks in a wooden cage to sell them on the market, while an eager, well-dressed suitor flirts with her and audaciously approaches his wandering hand in the direction of the girl's pet, near her corsage. A series of four engravings by Jean Daullé published in 1748 includes a closely related composition entitled Le Marchand d'Oiseaux (The Bird Seller). Its accompanying caption seems to reveal the overall theme (and underlying morale) of our painting: "Never let escape from their cages, neither this Shepherd - frisky and inconstant - nor this Bird - young and flighty - You will lose them both in an instant." According to Mr. Laing, the present painting was likely one of the first copies executed within Boucher's studio, judging from the brushy, silky finish of the painting. It is not signed (nor is the original canvas) as Boucher did not consistently sign and date his paintings, and only signed (or allowed to be signed) the copies produced by his studio until later in the 1730s.

Studio of Francois Boucher, "An Allegory 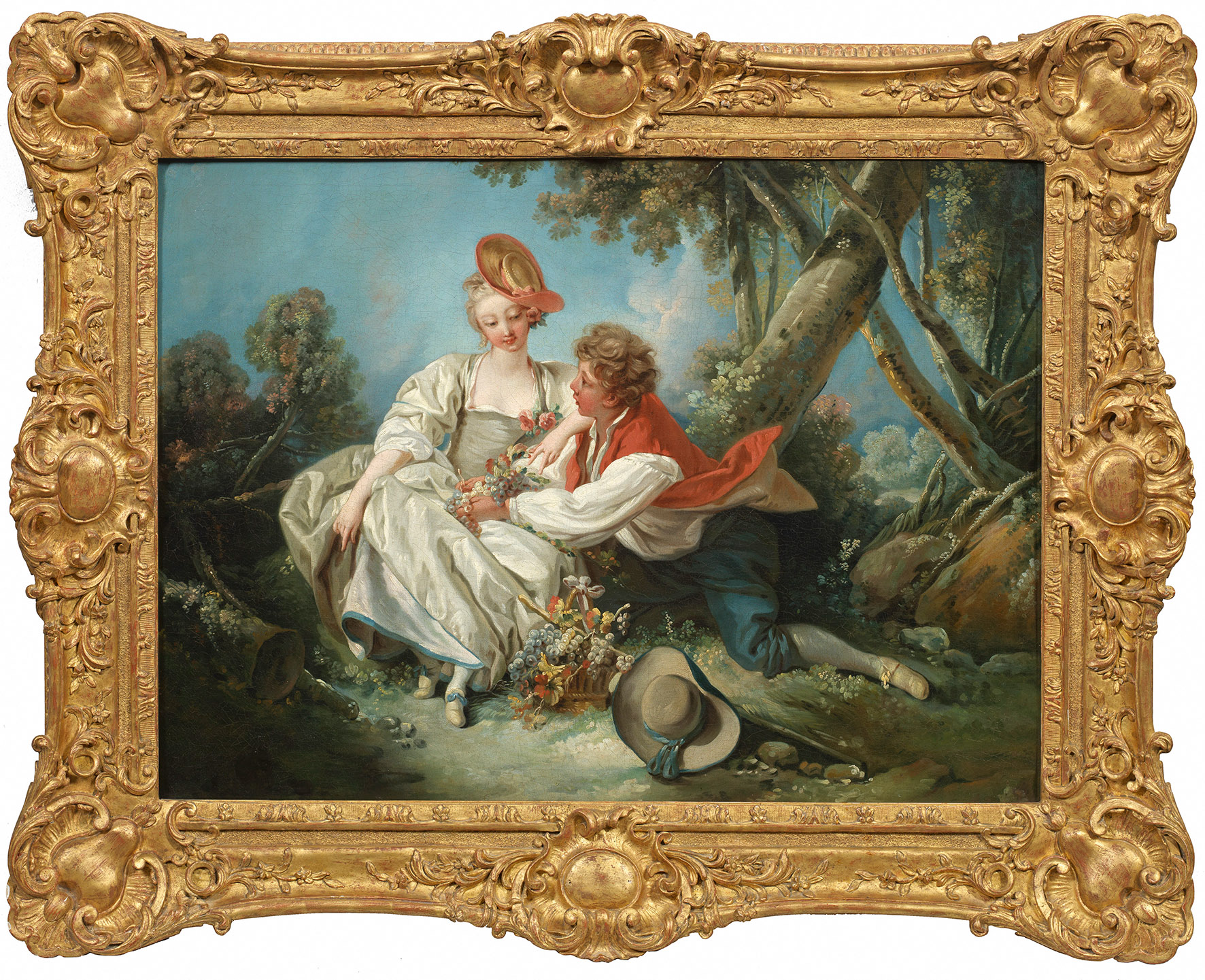 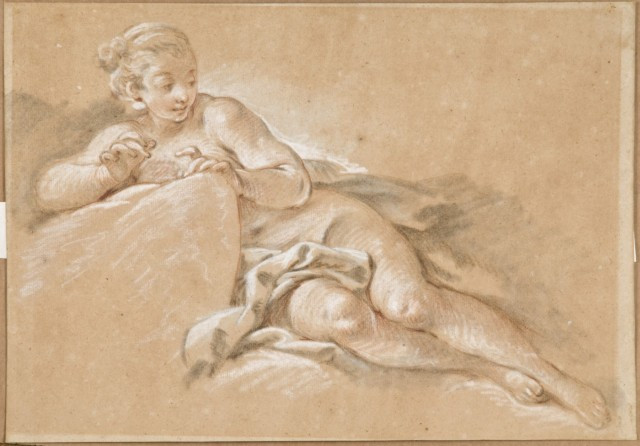