ST JOHN THE BAPTIST, an historiated initial F on a bifolium from an Antiphonal, ILLUMINATED MANUSCRIPT CHOIRBOOK ON VELLUM

ST JOHN THE BAPTIST, an historiated initial F on a bifolium from an Antiphonal, ILLUMINATED MANUSCRIPT CHOIRBOOK ON VELLUM [northeastern Italy, 3rd quarter 15th century] 595 x 415mm (leaf), 155 x 157mm (initial). The saint dressed in his camelhair shirt and a mantle of scarlet holds a cross in one hand and supports his lamb with the other, he stands on a verdant ground dotted with plants before rows of trees and green hills in the distance, the blue background has sworling white tendrils and foliage, the initial staves of dark pink have white curled-cusp decoration and terminate in sprays of blue, purple, pink and green acanthus set on grounds of burnished gold, five lines written in black ink in a gothic bookhand between five lines of music of square notation on a four-line stave of red, rubrics of red, one-line initials alternately of blue with red penwork or calligraphic initials in black ink, the illuminated initial is on the first verso of a central bifolium, it has the, later, number 43 in the upper margin (losses to gold of ground and halo, lamb smudged and two small smudges to background, thin strip of paper adhering to outer margin). Framed. The initial opened the Responsory Fuit homo missus a deo for the Feast of John the Baptist in an Antiphonal. An initial with St Lawrence with the same decorative forms painted in the same colours and the same style is now in La Spezia ( Museo Civico Amadeo Lia, Miniature , ed. F. Todini, 1996, pp.59-61). Both initials seem likely to have come from the same Sanctorale volume of an Antiphonal. The lobed cusps that decorate the initial staves are first associated with the work of Belbello da Pavia and the style of the artist responsible for this initial was clearly formed in a Lombard context. The delicate, wispy tendrils and foliage on the background are another decorative feature of Lombard illumination, found, for example, in the work of the Cremonese illuminators Frate Nebridio and Baldassare Coldiradi: P. Palladino, Treasures of a Lost Art , 2003, pp.129-132 and A. Melograni, 'Miniature inedite del quattrocento lombardo nelle collezioni americane. Seconda parte', Storia dell'arte , 83 1995, pp.5-27. The illuminator of the present leaf, however, worked in a less abstracted and linear style than these artists; the clear colours, simplified contours and sweet-faced saint all recall the style of the Terzo Maestro del Bessarione: A. Melograni, 'Un antifonario ricomparso. Nuove proposte per il catalogo del Terzo Maestro del Bessarione', Bollettino d'Aret', 124 (2003), pp.9-26.

An Italian marble relief of St. John the 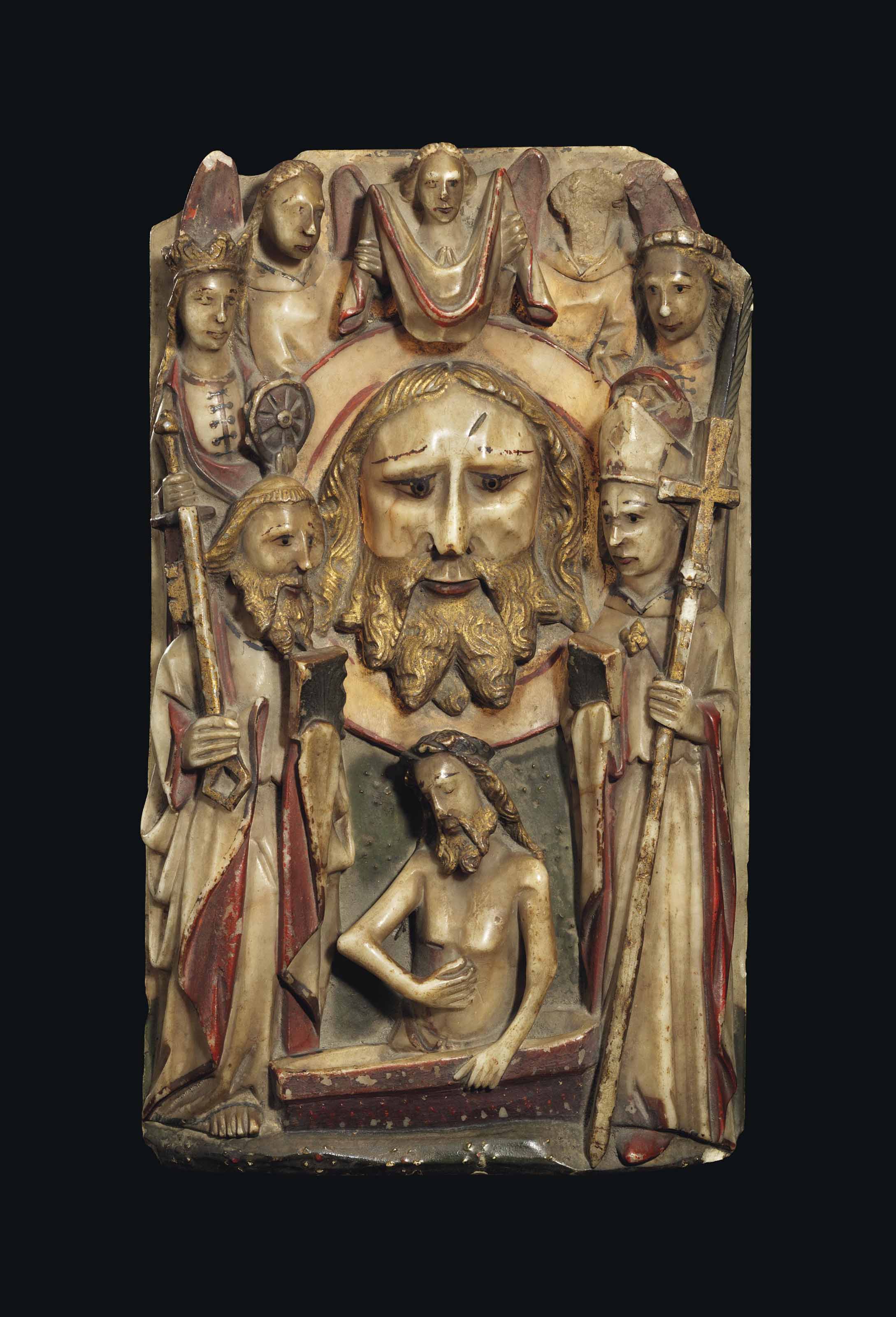 AN ALABASTER RELIEF OF THE HEAD OF ST JO

A PAIR OF GILDED TERRACOTTA FIGURES OF S

ST JOHN THE BAPTIST WITH ST NICHOLAS AND

A PARCEL-GILT SILVER-MOUNTED ICON OF CHR

THE MOTHER OF GOD WITH ST JOHN THE BAPTI

ST JOHN THE BAPTIST, a leaf from a Book 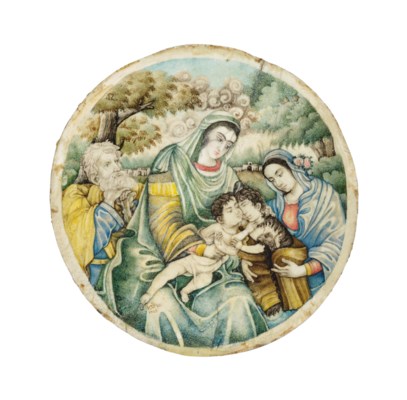 THE HOLY FAMILY WITH ST ANNE AND ST JOHN

THE DECOLLATION OF ST JOHN THE BAPTIST