ST JOHN OF DAMASCUS (attrib.). The Legend of Barlaam and Ioasaph : JOHN, PATRIARCH OF JERUSALEM. Life of St John of Damascus : ST JOHN OF DAMASCUS. Commentary on the Pauline Epistles : Life of Saints Cyricus and Julitta , in Arabic, ILLUMINATED MANUS...

ST JOHN OF DAMASCUS (attrib.). The Legend of Barlaam and Ioasaph : JOHN, PATRIARCH OF JERUSALEM. Life of St John of Damascus : ST JOHN OF DAMASCUS. Commentary on the Pauline Epistles : Life of Saints Cyricus and Julitta , in Arabic, ILLUMINATED MANUSCRIPT ON PAPER Aleppo, 1639 395 x 260mm. ii + 223 + ii leaves, each text separately paginated in red, these paginations followed here, 33 lines of naskh written in black ink, line numberings in inner margins in red, some headings in red or gold, titles in bold thuluth , colophons in divani , marginal annotations in red, ONE FULL-PAGE MINIATURE, and TWENTY-SIX RECTANGULAR MINIATURES with painted frames, some with gold (first gathering and final two text leaves loose and the leaves secured with tape, some spotting and occasional stains, small tears in the margins of five leaves and extending into the text and miniature of pp.111/112, restoration of edges or gutters of five leaves, slight losses of pigment or smudging especially affecting miniatures on pp.20, 56, 87, 111, 112 and 113). Contemporary Mount Lebanon or north Syrian red panelled goatskin over thin pasteboard with foliate leaf- and lozenge-shaped tools, embossed gilt floral pastedowns, red and green sprinkled edges (stained and scuffed). PROVENANCE: Al-Shaykh Usta Ghannam and his son the Shammas Ya c qub: the colophon at the end of the third text tells that the book was completed by Yusuf ibn Antonios, pupil of Patriarch Kir Aftimios on Thursday 6 June 7147 of the Adam Calendar (1639 AD) and was written for al-Shaykh Usta Ghannam and his son the Shammas Ya c qub in the time of the Catholicos Kir Malatios al-Halabi al-Thani, Bishop of Aleppo, during the fourth year of his term. Another colophon giving the same information, but without the day or month of completion, is found at the end of the first text. In two verses below the final colophon the scribe maintains that even if the book is sold for its weight in gold, the seller will be shortchanged. According to a note inside the upper cover the book weighs 2500 grammes. Yusuf ibn Antonios ibn Sudan al-Halabi (died c.1667) was a renowned icon painter, illuminator and calligrapher: his skills as a calligrapher are readily apparent in the pages of this mansuscript and it is possible that he also contributed to the illustration. For Yusuf, known as al-Musawwir, see: Pages of Perfection: Islamic Paintings and Calligraphy from the Russian Academy of Sciences, St. Petersburg , catalogue of the 1995 Paris/Lugano/New York exhibition, no 50, pp.266-67. CONTENT: Barlaam and Ioasaph , attributed to St John of Damascus pp.1-122; Life of St John of Damascus , here attributed to the Patriarch of Constantinople pp.1-112; St John of Damascus, Commentary on the Pauline Epistles pp.1-197; Life of Saints Cyricus and Julitta added on 5 unnumbered pages. As it was originally written by Yusuf ibn Antonios the manuscript was devoted to the life and works of St John of Damascus, Greek theologian and Doctor of the Church. Born around 676 and known as an ardent Christian whose religious fervour was unaffected by his Saracen environment, he must have seemed particularly relevant to members of the Syrian Catholic church in the 17th century. Knowledge of the saint's life is dependent on the 10th-century account written by John Patriarch of Jerusalem. It is here attributed to the Patriarch of Constantinople and the nickname 'golden stream' given to the Damascene on account of his fluent oratory becomes, in Arabic, 'golden mouth'. The legend of Barlaam and Ioasaph is a Christian retelling of part of the story of Buddha but with the central character achieving enlightenment through the love of Christ. The work is traditionally attributed to St John of Damascus and, although this is unproven, the Greek version of the legend does seem to have been written at the monastery of Mar Saba during the 7th century. From the middle of the 11th century Barlaam and Ioasaph became Byzantine saints, prompting th

ST JOHN THE BAPTIST WITH ST NICHOLAS AND

STS BARBARA AND JOHN OF DAMASCUS; THE IC 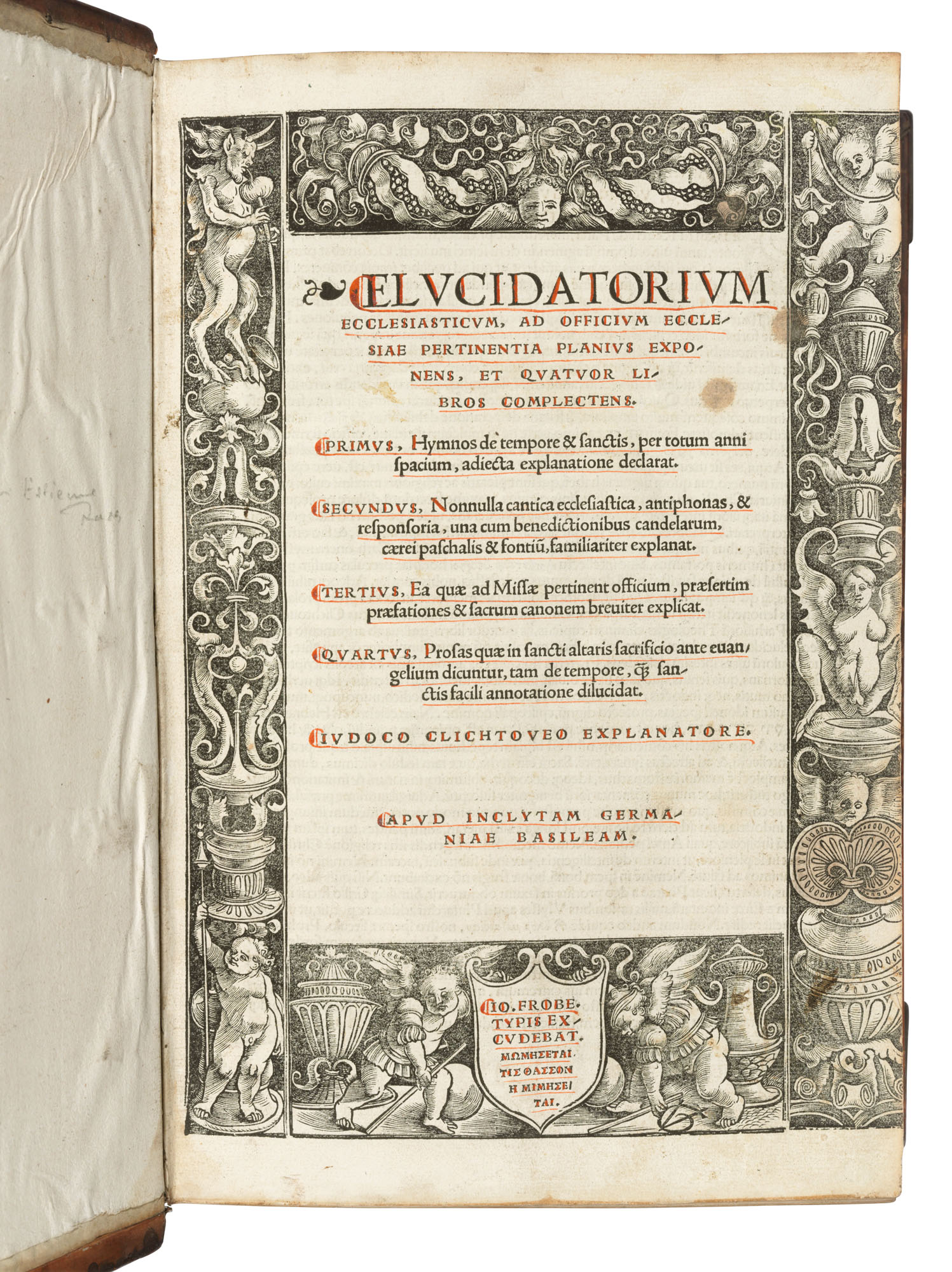 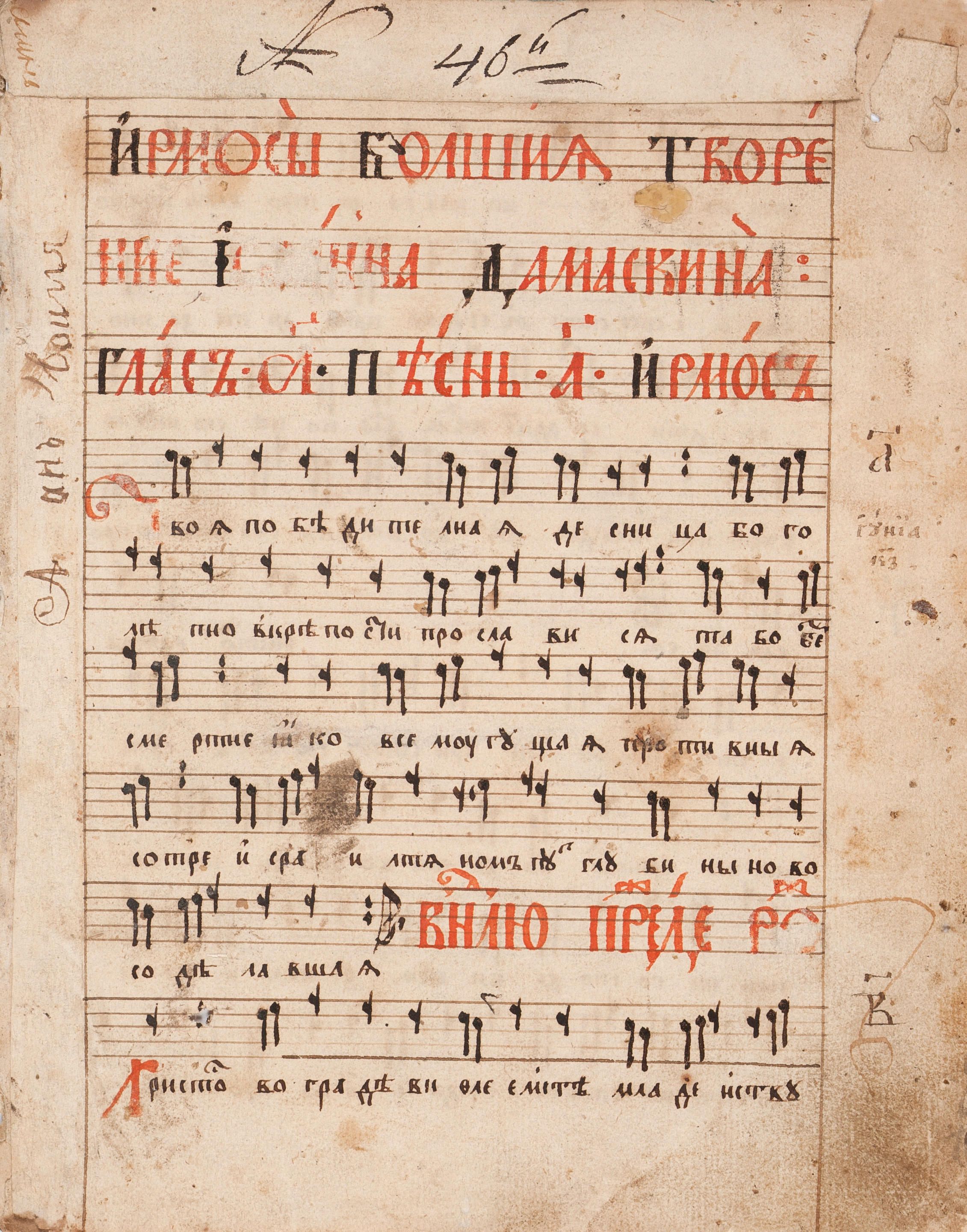