SPECTACULAR SAPPHIRE RING Set with a rectangular-cut sapphire of 44.23cts., within a pavé-set sculpted silver mount completely embelished with circular-cut sappphires and amethysts Mounted by JAR, Paris Every so often a designer emerges whose work defies much of what has come before him. Such a designer is Joel Arthur Rosenthal, better known by his trade name, JAR. Drawing upon the past but allowing his natural creativity to dominate, he has reinterpreted jewelry as an art form, crossing the boundries between ornamental jewels and sculpture, much in the same mannner as Rene Lalique, the renowned Parisian Art Nouveau designer. Rosenthal was born in New York City. He studied art history at Harvard but instead of embarking upon the study of previous time periods, he assimulated the work of the past to create his own individual style. After college, he first worked in the film industry, and then with Bulgari. Paris, the jewelry design mecca for most of the nineteenth and twentieth centuries, as well as the city many expatriate American artists settled in the ninetenth century, beckoned him. In 1977 he opened a shop in the Place Vendome; his initials, JAR, the only source of identification on the facade. On November 30, 1987, in celebration of his tenth anniversary in Paris, Rosenthal held an exhibition of his work at the National Academy of Design in New York City. The exhibition, "A Collection Of Jewels created in Celebration of our Ten Years in Place Vendome", featured a fantasmagorial display of jewels, shrouded in darkness; flashlights were provided to visitors for viewing his latest creations. Rosenthal works with his partner, Pierre Jeannet, to create exquisite jewels, superbly crafted in imaginative settings. This sapphire ring with pave amethysts and sapphires is mounted in silver, reflecting antique jewelry styles before the wide spread use of platinum at the turn of the century. The silver on the ring has been allowed to oxidize, giving it a distinctive ninetenth century feeling, even though the massive design is very much a style of the 1980s. Boldness also characterizes his dragonfly pin, offered at Christies St. Moritz sale on February 21, 1991, lot #467, which combines etched rock crystal with diamonds. The conception, including the material selected as well as the iconography, is typically Art Noveau. 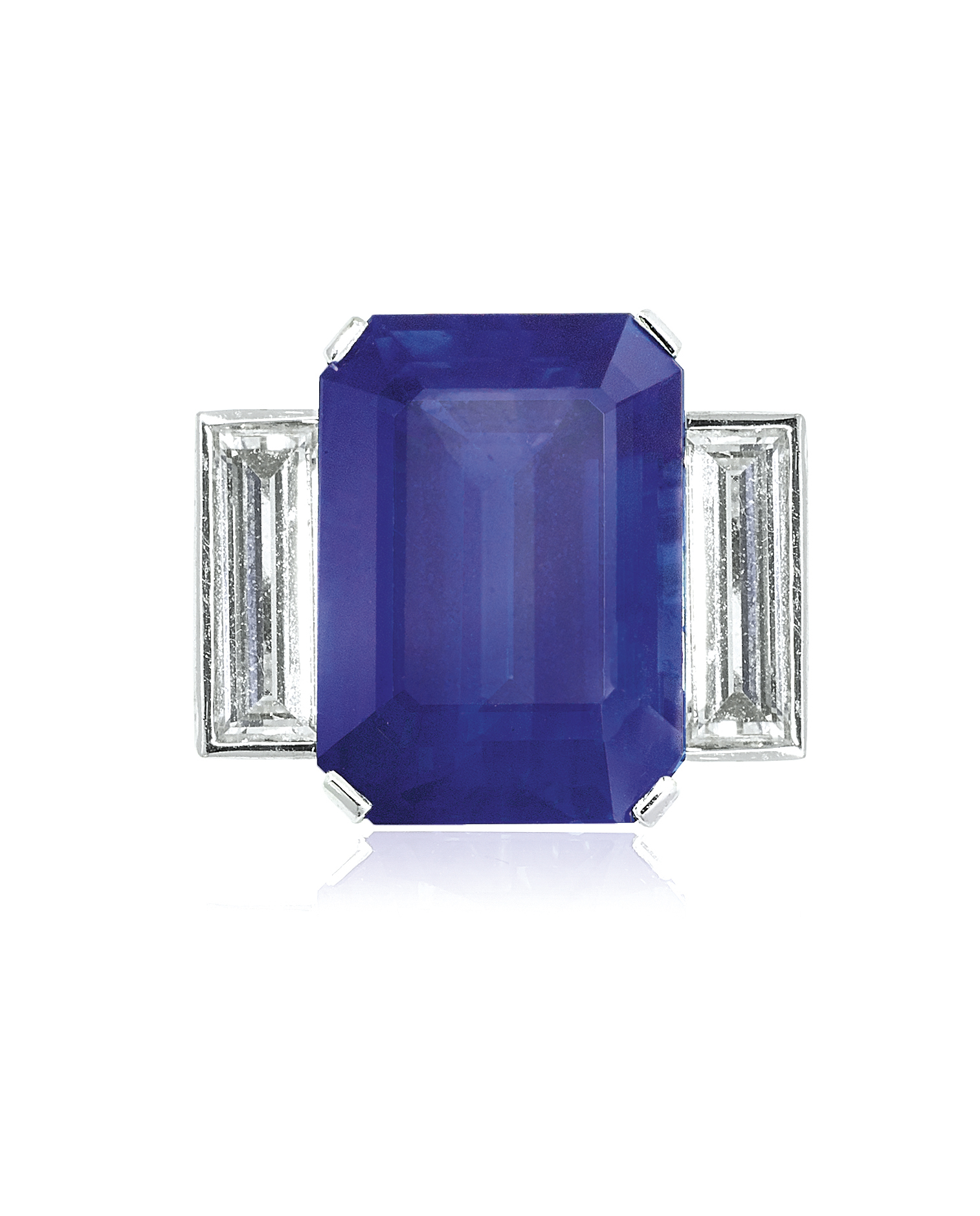 A SPECTACULAR SAPPHIRE AND DIAMOND RING 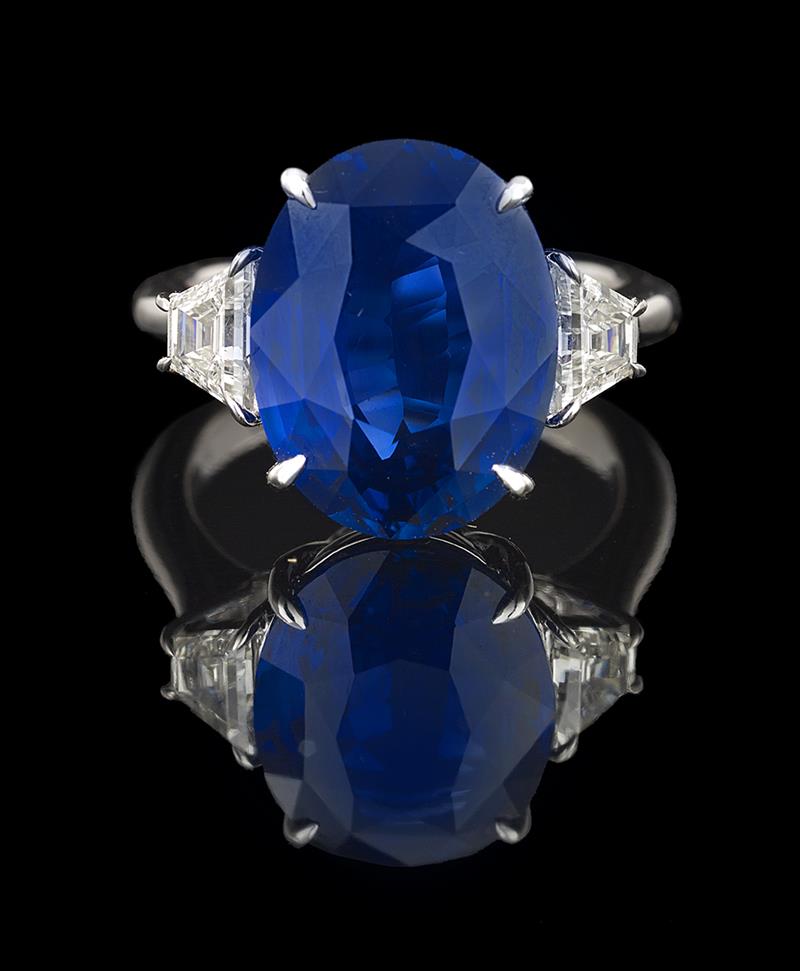