Painting on glass, created by Moshe Ben Yitzchak Mizrahi (Shah). [Jerusalem], 1924. Oil paint and silver foil on glass. On the top appears a circle with the inscription "Baruch Ata BeVo'acha uBaruch Ata Betzetcha", surrounded by twelve small circles with the names of the Twelve Tribes, bordered by a floral frame on a silvery ground. On the right and left sides of the circle appear gates between two spiral columns topped with golden lions staring forward and holding a flower in their paw. On the right gate appears the inscription "Ben Porat Yosef Ben Porat Aley Ayin" and on the left gate: "Banot Tza'ada Aley Shur", and the date - 1924. A light strip divides between the upper section of the painting and the lower section, inscribed: "If I Forget Thee Oh Jerusalem…" (Hebrew). On the lower part appears a slightly flattened large circle; in its center the Dome of the Rock with Cypress trees on both sides. Above the structure made of a combination of silver foil and paint, appears the inscription "Merom Rishon, Mekom Midasheinu", and below it, in large letters - "Yerushalem". Around it, in a frame, are drawn twelve medallions, round or flattened, with graphic depictions of the holy places: Rachel's Tomb, Cave of the Patriarchs, King David's Tomb, Zacharia's Tomb, Elisha's Tomb, Tomb of Yosef HaTzadik, Tomb of Shimon HaTzadik, Tomb of Meir Ba'al HaNess, Tomb of Rambam, Yad Absalom, Tomb of Rashbi and Tomb of Shmuel the Prophet. Approx. 65X43 cm. Fair-good condition. Paint peelings. Stains. Some breaks to glass. Provenance: Collection of Willy Lindwer

annotated sketch at the archaeoligical s Cuneiform cylinder with inscription of N Printed Leaf with Drawings of the Holy S

Militaria - An inscribed fragment of roo 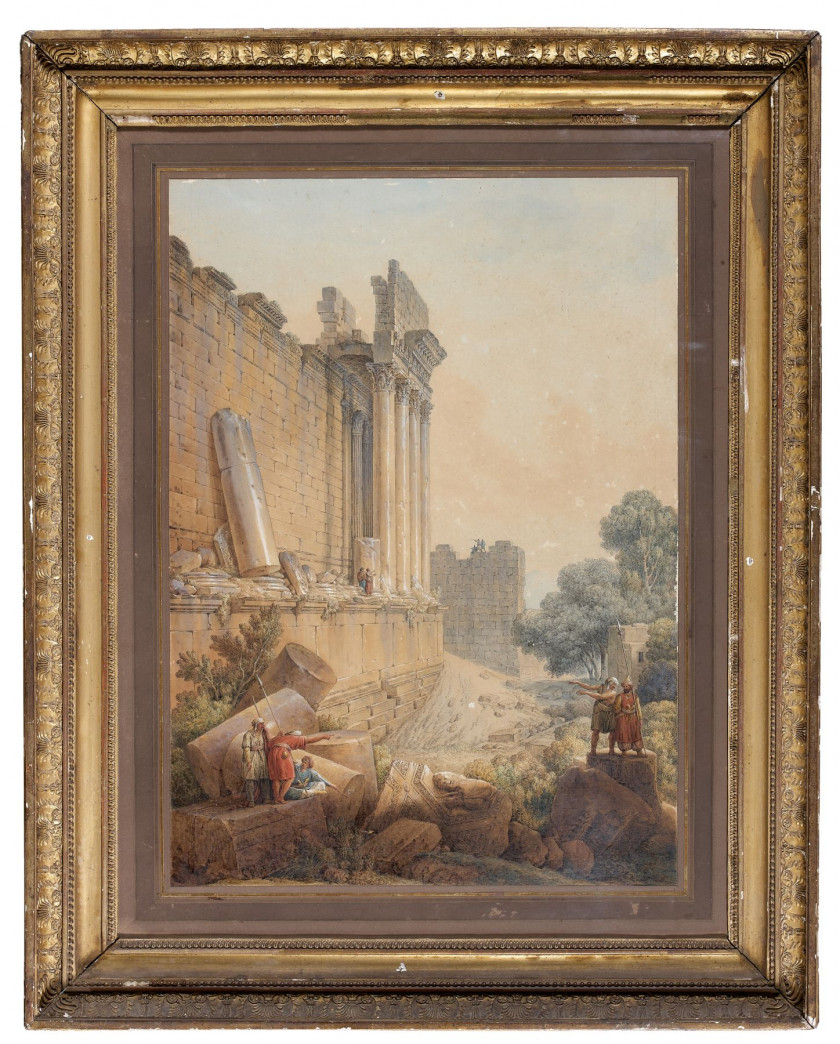 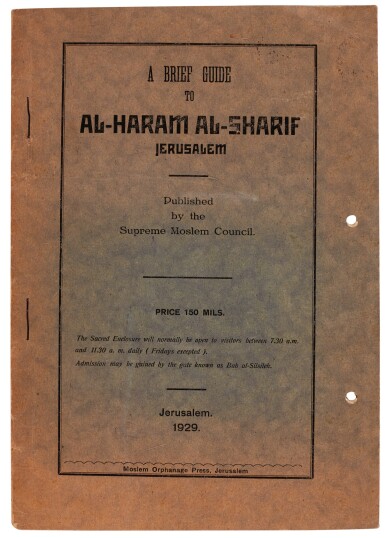 Six Photographs of Hebron and of the Cav