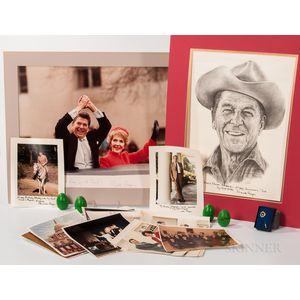 Reagan, Ronald (1911-2004) Archive. A collection of signed photographs, initialed notes, and other material from the time of his presidency, collected by White House Office of Correspondence staffer Katherine C. Shepherd aka Charley; including the following material: large-format color photograph of Ronald and Nancy Reagan waving from the limousine during the Inaugural Parade in 1981, signed and inscribed by the President to Shepherd, matted, mounted on foamcore, 23 x 17 in.; print of Gary Giuffe's portrait of Reagan, Reagan Country, from a limited edition of 500, signed and inscribed by the President to Shepherd's parents on their anniversary, matted, 20 x 16 in.; signed photograph of the President wearing a tuxedo and holding a glass of wine, with a calligraphic inscription to Shepherd and Reagan's signature in the blank margin at the foot, 13 1/4 x 9 1/2in.; a print of one of the President's self-portrait or cowboy doodles, signed and inscribed by Reagan to Shepherd; five additional color 8 x 10 in. photographs of Reagan signed to Shepherd, including an image of Reagan in an brown suit, riding a horse in another, three signed photos with Reagan and Shepherd (all signed), a signed photograph of a Eureka College group with the President and First Lady pictured, signed by both; signed portrait of the first lady in a red blouse signed and inscribed to Shepherd; seven brief notes in Reagan's hand, all but one initialed, with the President's short advice on formal correspondence for Shepherd to compose on his behalf, each written on a small sheet of White House note paper, including a long list of December birthdays for Reagan to acknowledge; a note to Reagan's former radio producer Dwight Myers on the occasion of his 80th birthday; a note where Reagan ranks his favorite patriotic songs ("The National Anthem" is "No. 1" and "God Bless America" and "America the Beautiful" "tied for 2nd") mentioning that his favorite hymn is "The Battle Hymn of the Republic," a note about the repair of a doll, among others; typed letter signed by Reagan to Shepherd August 23, 1989, offering support while she was in the hospital; four wooden Easter eggs from Easter at the White House, 1988, two signed by the President, and two signed by the First Lady; typed letter signed by Gary Hart; card to the President signed by Tom Selleck; typed letter signed by Dan Quayle; a collection of documents related to an inner White House prank, called the Teddy Bear Caper, involving the kidnapping of a teddy bear by the Committee to Keep and Bear Arms, including ransom notes, Polaroids of the bear in question, notes from the bear, and White House news releases regarding the affair; a large photograph of the Capital building signed by photograph; a certificate saying that Shepherd flew on Air Force, signed by the pilot; approximately seventy-five additional official color 8 x 10 in. White House photographs of official meetings, events, holidays, family meetings, views of the Capital building and White House, among others; [and] Reagan-era Presidential stick pin and keychain, each with the Presidential seal and Reagan's engraved facsimile signature on the back, in their original boxes; with other material, including a shadow box displaying four White House Christmas tree ornaments from 1981, 1982, 1983, and 1984. Provenance: White House Correspondence Office staffer Katherine Shepherd. 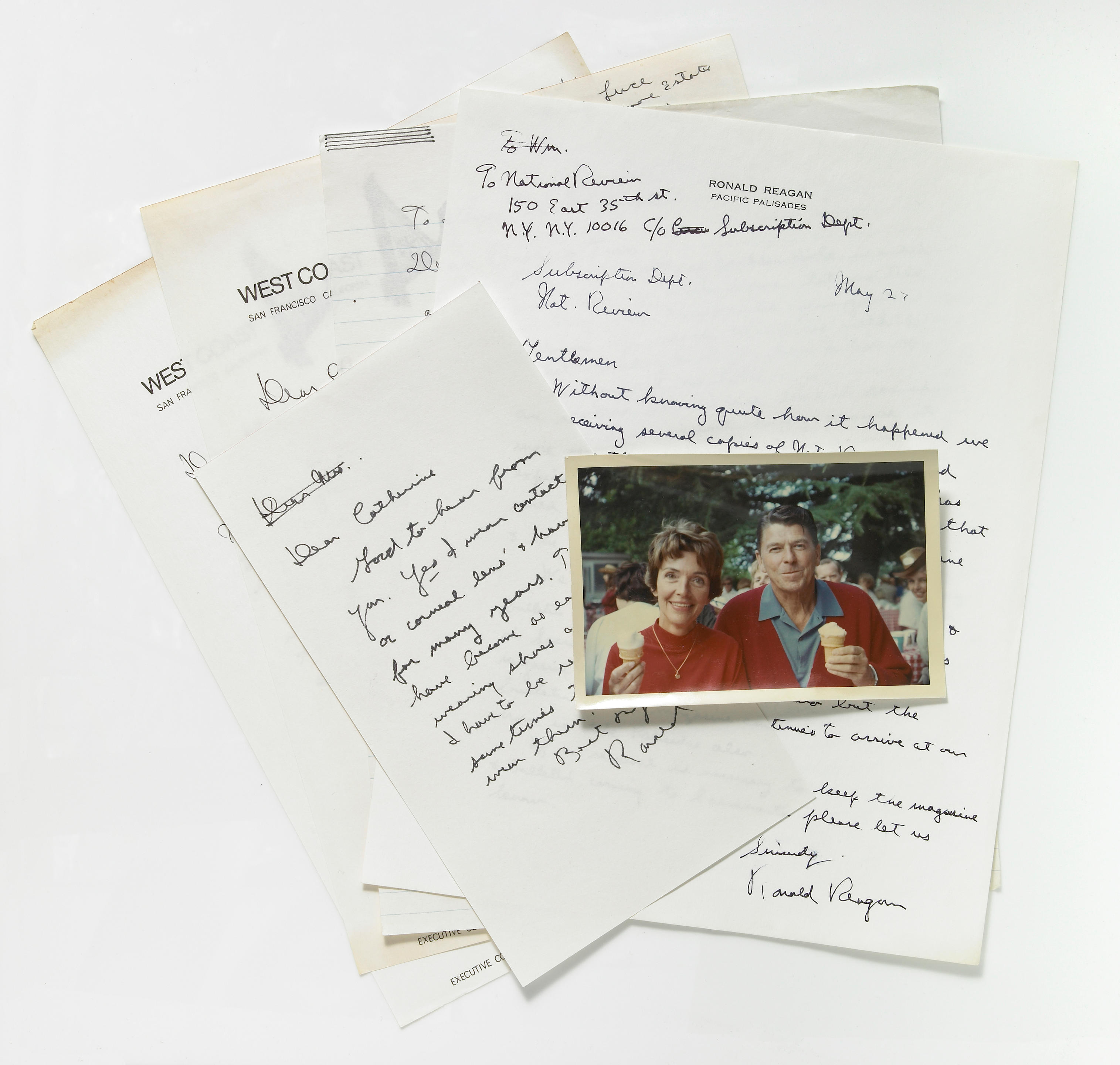 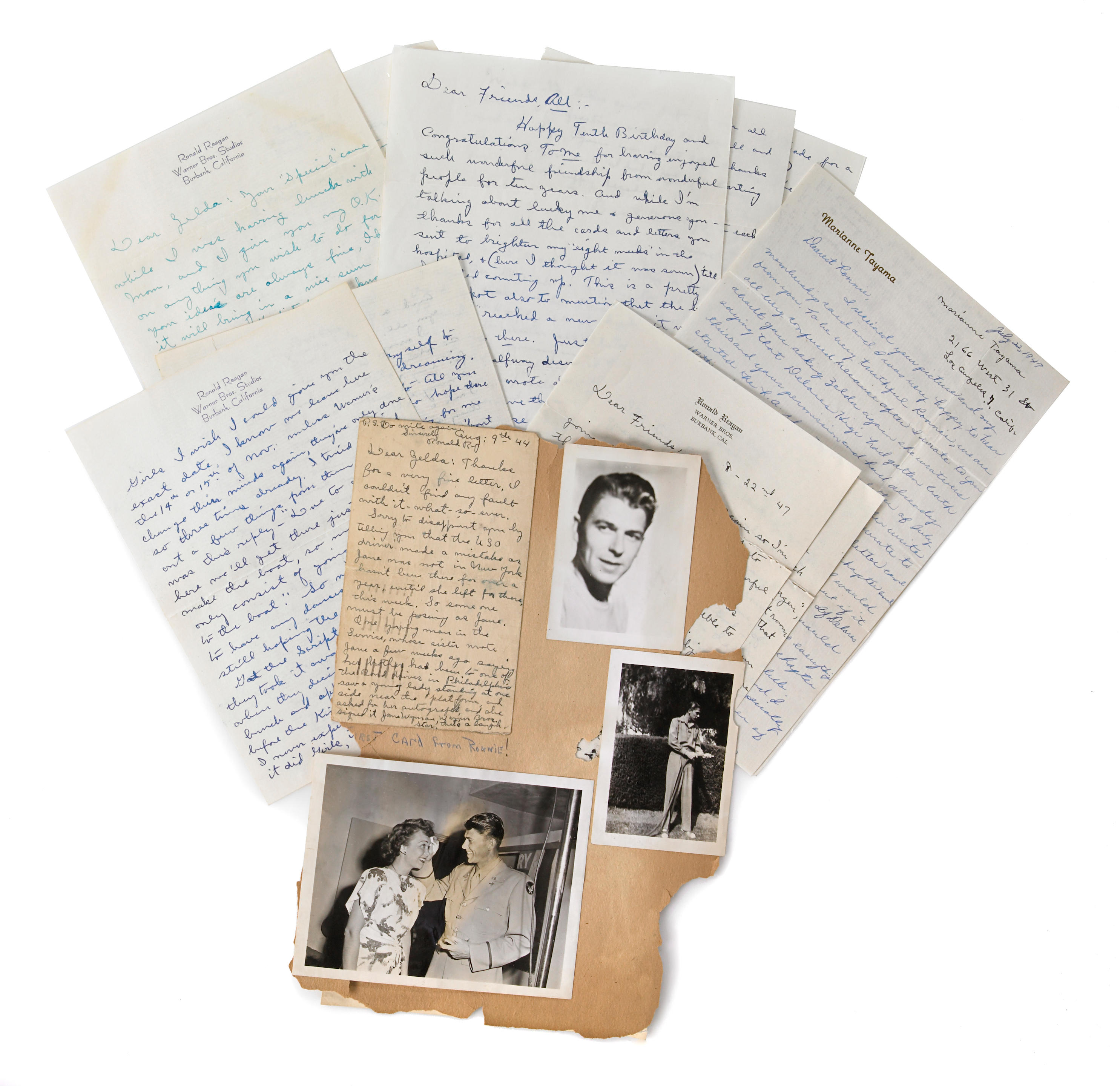 Archive of photographs by Associated Pre 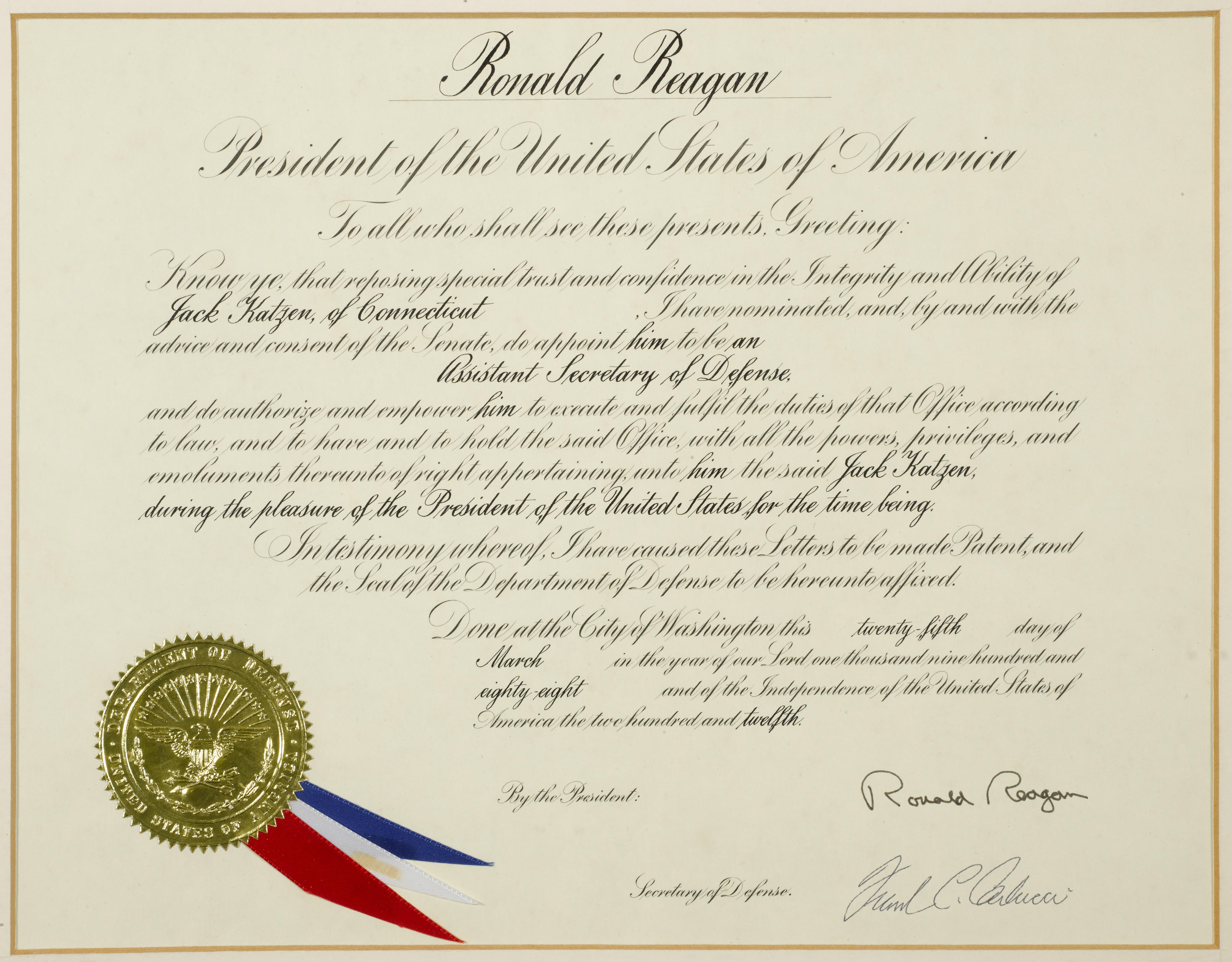 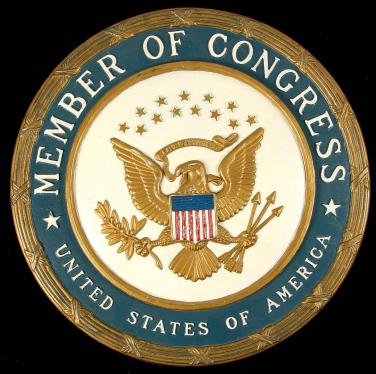 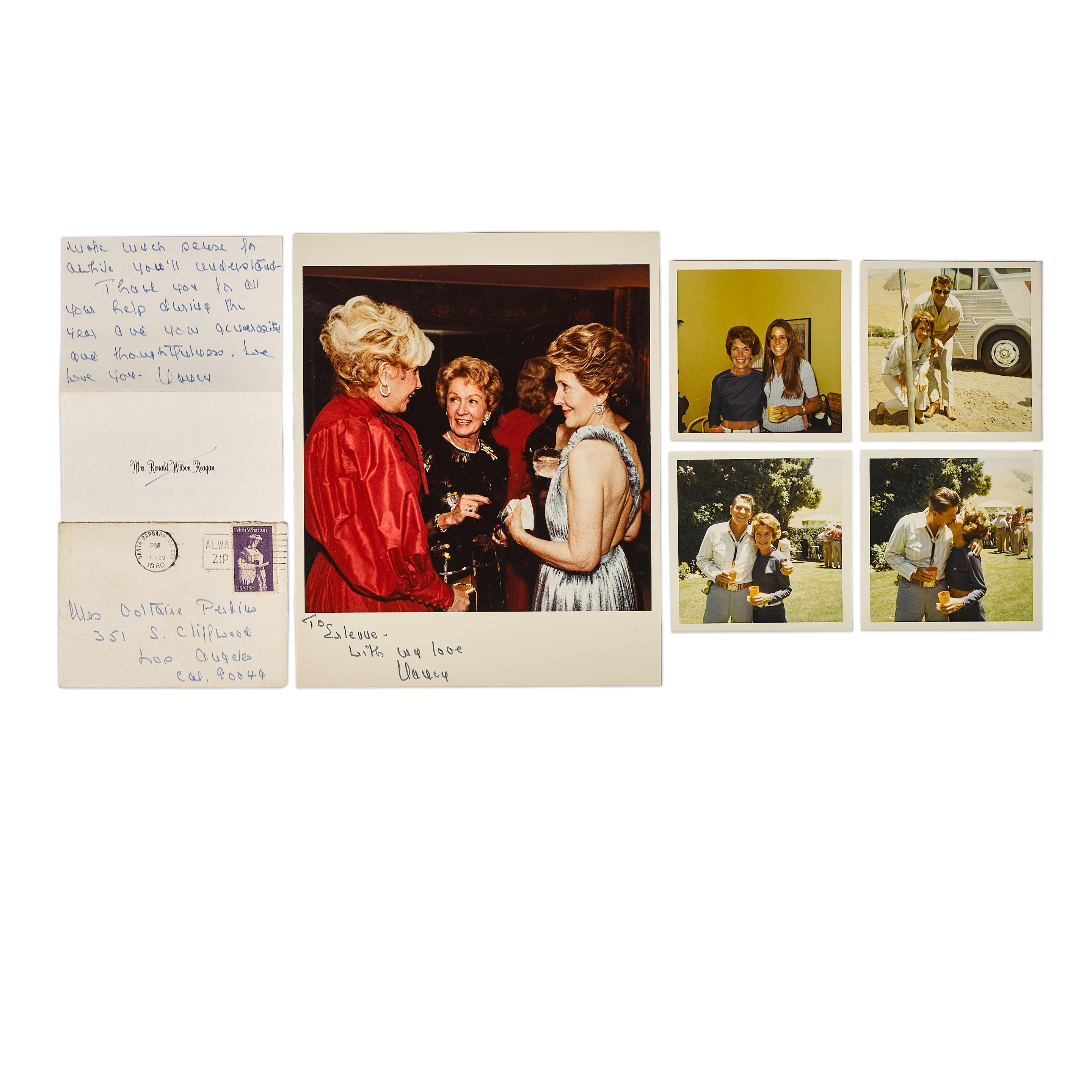 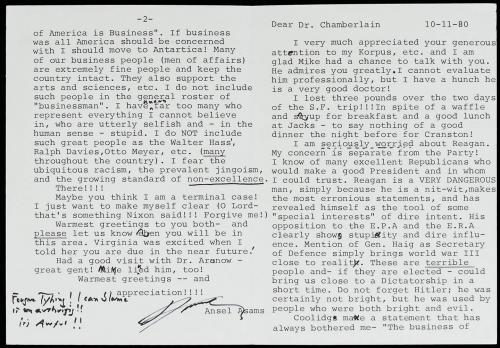 Archive of correspondence from Ansel Ada