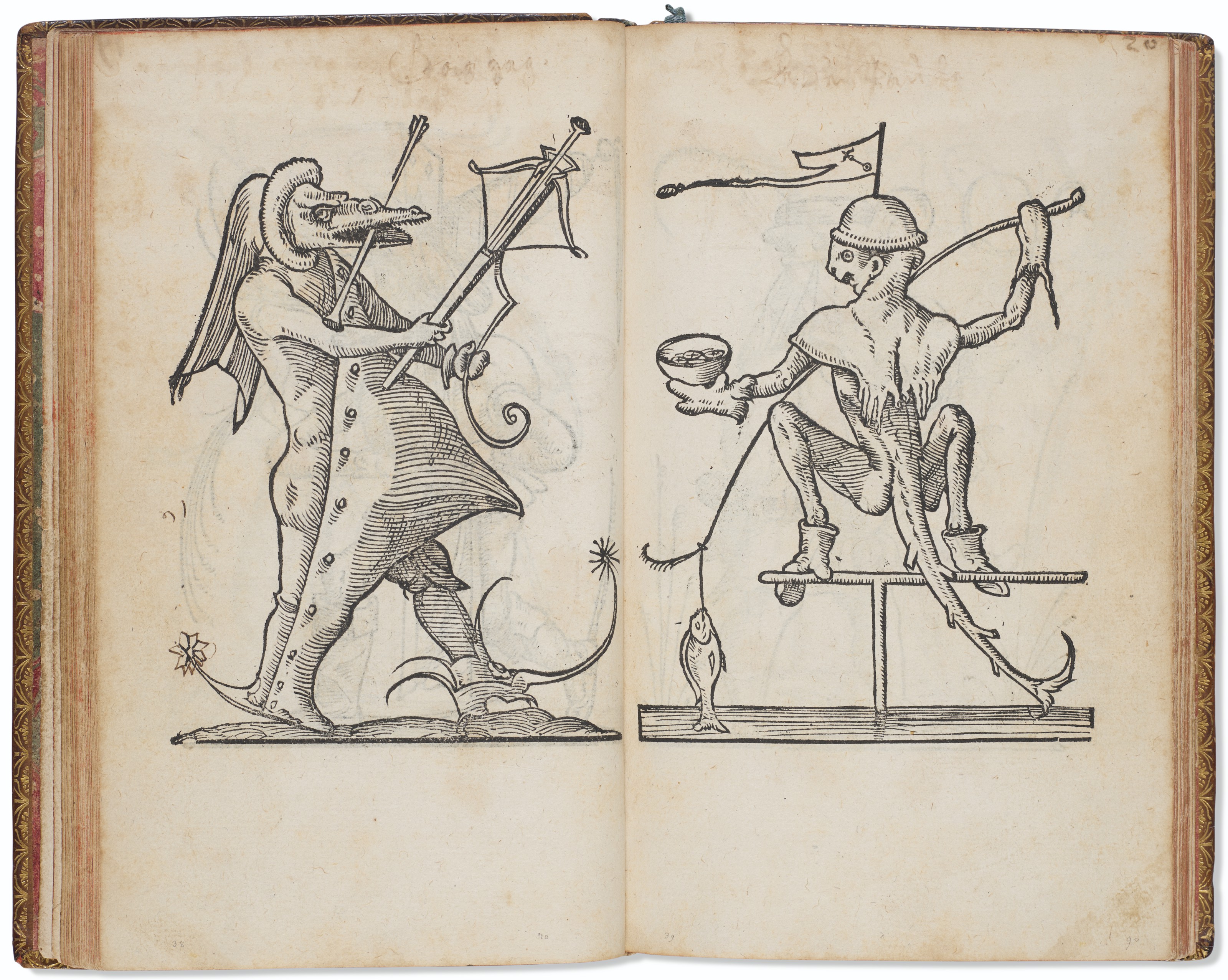 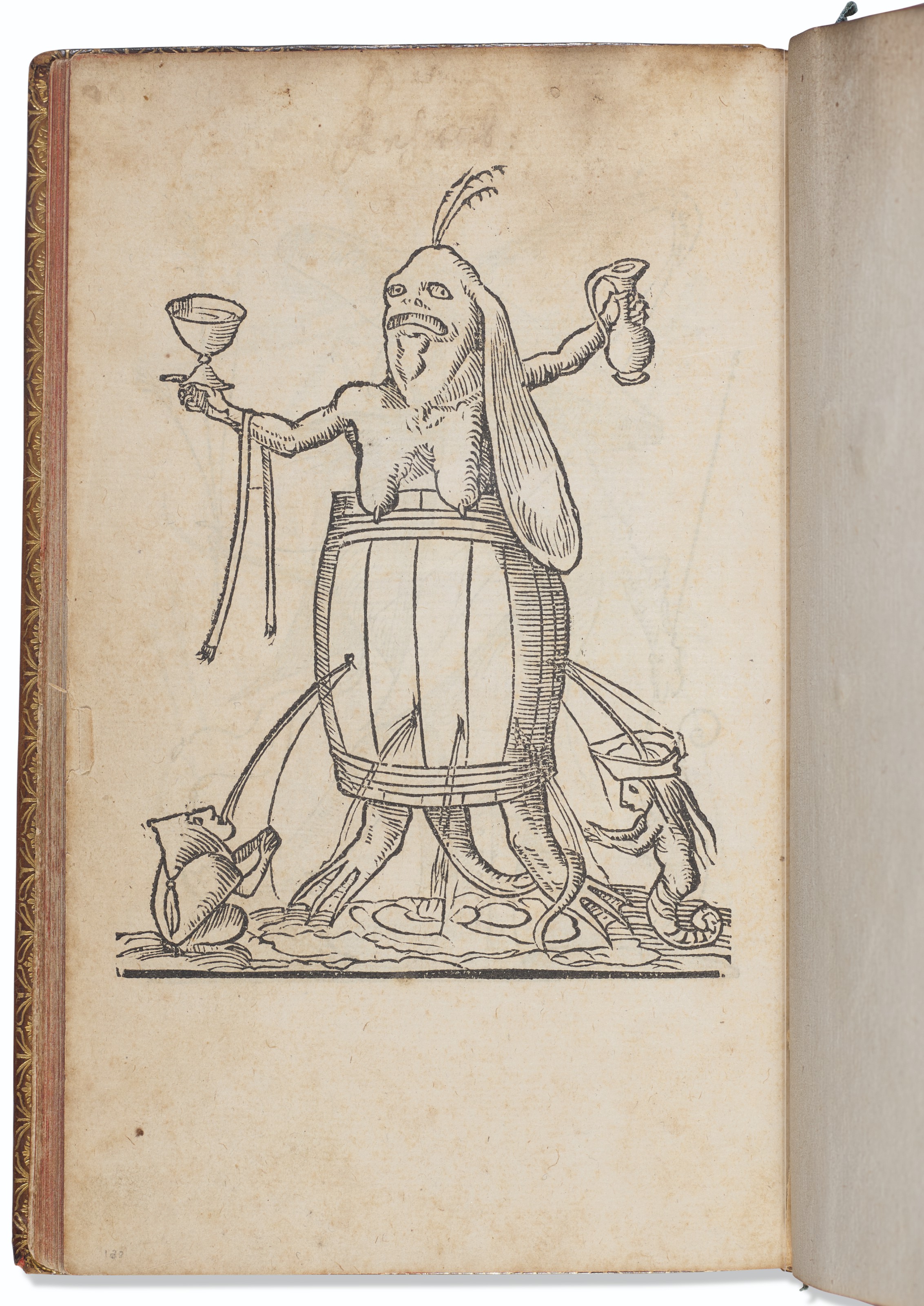 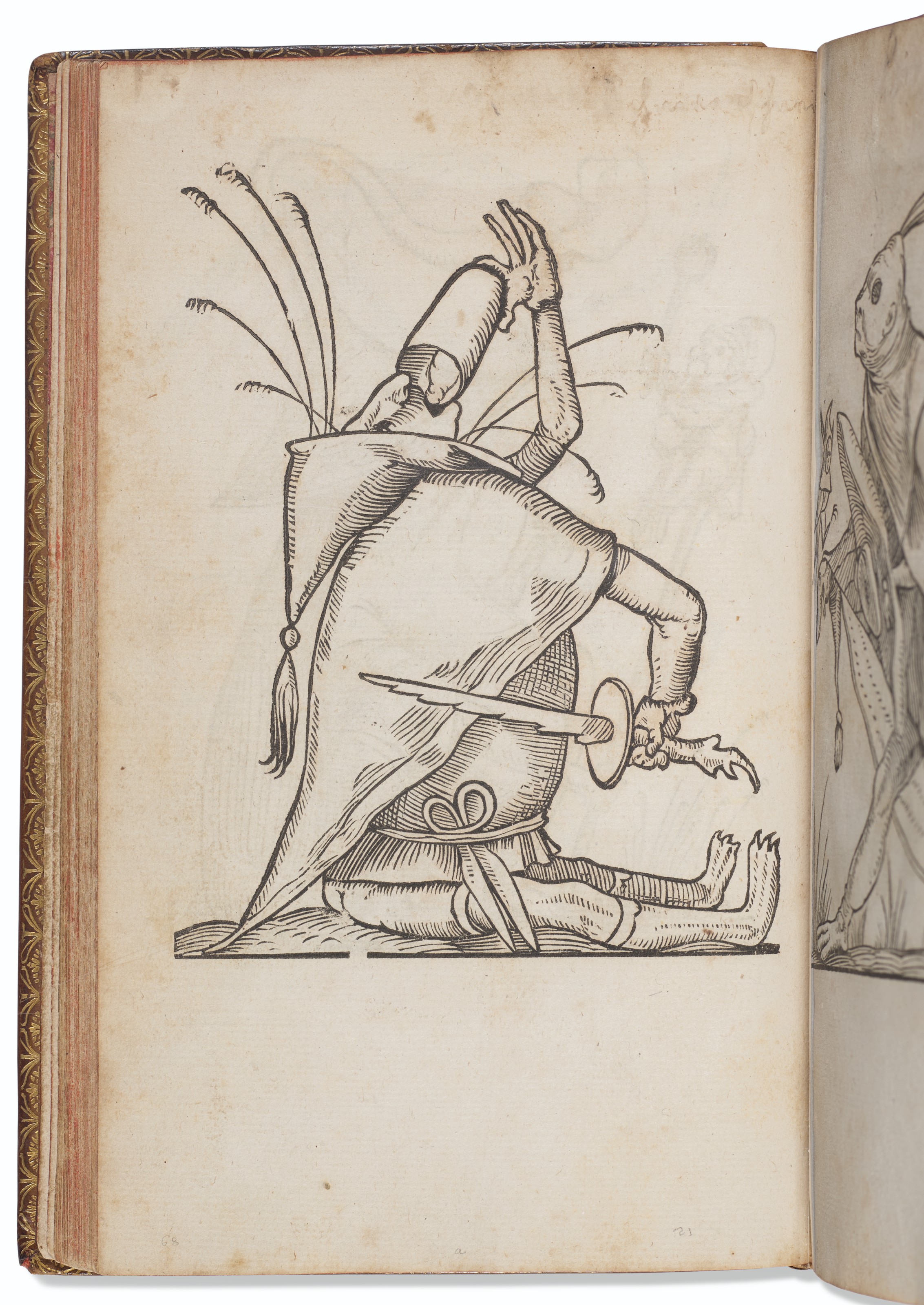 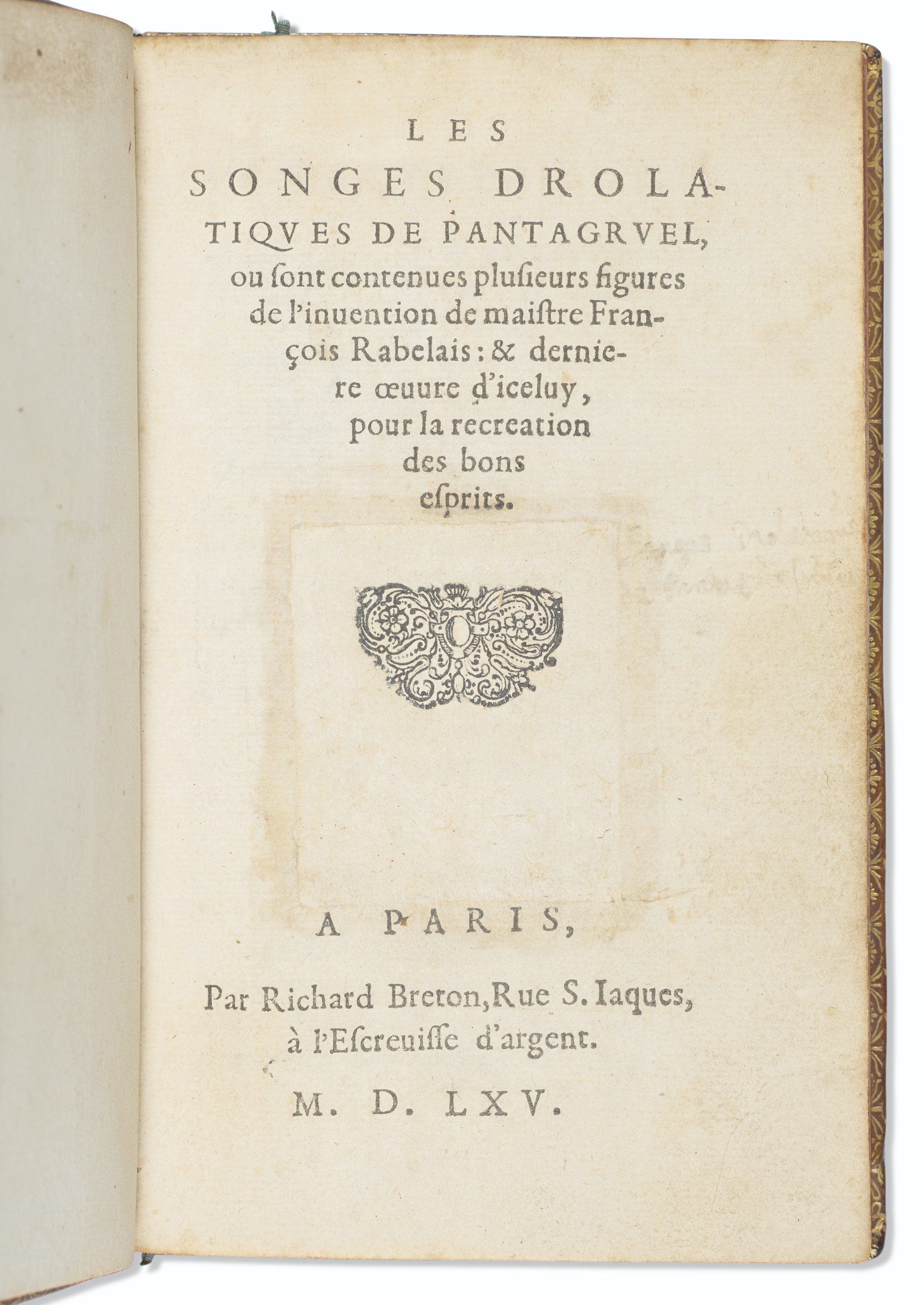 Rabelasian monster book Ps.-Rabelais, 1565 RABELAIS, François, Ps. (c.1494-1553). Les songes drolatiques de Pantagruel, ou sont contenues plusieurs figures de l'invention de maistre François Rabelais. Paris: Richard Breton, 1565. The first edition of this mysterious series of grotesque illustrations “for the recreation of witty spirits.” The woodcuts are now generally attributed to François Desprez who three years prior provided similar illustrations for different work printed by Breton. While Rabelais is invoked in the title, his name seems to have simply served to advertise the nature of the work—providing a shorthand for a playful, Pantagruelist posture. Some of the iconography can clearly be related to images by Hieronymus Bosch and Pieter Breughel, coming from a longer tradition of absurd and entertaining images which had only somewhat recently been made literary by the work of Rabelais. Much ink has flowed on the potential hidden meanings in these cuts, published in an age when esoteric symbolism was very much in vogue (cf. Cesare Ripa's Iconologia and Valeriano's Hieroglyphica). But there is no reason for not taking the author of the preface at their word when they write that the purpose of this book is to be “an object of laughter, an antidote for melancholy, and a pastime for the young.” Indeed, the afterlife of this work can be felt in both the tradition of delightfully weird children’s books as well as in the imagery of the comic theatre. Jacques Callot’s Gobbi and Balli di Sfessania a century later reveal the link to commedia dell’arte designs and later opera buffa. As the real Rabelais himself wrote, such images were “lightheartedly invented for the purposes of mirth.” Mortimer French 499; Rawles & Screech 113; Fact and Fantasy 39. Octavo (159 x 97mm). 120 full-page woodcuts of grotesque figures and masquerades (printer's device on title cut out and replaced with old paper and a small vignette, early German manuscript captions unobtrusively erased). 18th-century French polished calf, red edges, arms Sir Charles Bagot on covers (extremities rubbed, front joint split); morocco slipcase. Provenance: 17th-century German manuscript captions – Sir Charles Bagot (1781-1843, governor-general of Canada; supra-libros) – Ralph Sneyd of Keele Hall (“Sporting Ralph,” nephew and heir of the great manuscript collector Rev. Walter Sneyd; gilt armorial white-leather booklabel, his sale Sotheby’s, 16 December 1903) – Edmée Maus of Geneva (booklabel, her library dispersed by Jammes and Engelberts) – acquired from Librairie Valette 1973 by Arthur & Charlotte Vershbow (their sale, Christie's New York, 9 April 2013, lot 46).