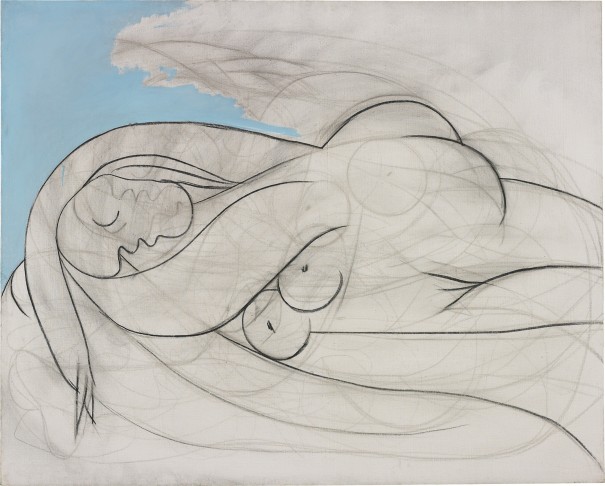 Property of a Private European Collector Pablo Picasso Follow La Dormeuse dated '13 mars XXXII' on the stretcher oil and charcoal on canvas 130.2 x 161.9 cm (51 1/4 x 63 3/4 in.) Executed on 13 March 1932, this work is accompanied by a photo-certificate of authenticity signed by Claude Picasso.
Provenance Collection of the Artist Bequeathed to his second wife Jacqueline Rocque-Picasso Thence by descent to her daughter, Catherine Hutin-Blay Pace-Wildenstein Gallery, New York Acquired from the above by the family of the present owner on 29 June 1995 Exhibited Paris, Galerie Louise Leiris, Picasso: 51 Peintures: 1904-1972 , 17 May - 9 June 1984, no. 19, p. 27 (illustrated) Montreal Museum of Fine Arts, Pablo Picasso Meeting in Montreal , 21 June - 10 November 1985, no. 20, n.p. (illustrated) New York, Pace-Wildenstein Gallery, Picasso and Drawing , 28 April - 2 June 1995, no. 51, cover (illustrated) Kunstmuseum Basel, Canto d’Amore: Classicism in Modern Art and Music 1914-1935 , 27 April - 11 August, 1996, no. 101, p. 31 (illustrated) Fort Worth, Kimbell Art Museum, Matisse and Picasso: A Gentle Rivalry , 31 January - 2 May 1999, no. 39, p. 56 (illustrated) London, Tate Modern; Paris, Les Galeries Nationales du Grand Palais; New York, The Museum of Modern Art, Matisse Picasso , 11 May 2002 - 19 May 2003, no. 109, p. 217 (illustrated) Bern, Kunstmuseum, long-term loan, 2006 - 2012 Literature 'The Art of the Deal', Vanity Fair , vol. 58, April 1995, p. 287 (illustrated) Elizabeth Cowling, Picasso Portraits , exh. cat. National Portrait Gallery, London, 2016, no. 124, p. 143 (illustrated) Picasso 1932, Année Érotique , exh. cat., Musée national Picasso, Paris, 2017, fig. 12, p. 56 (illustrated, incorrect dimensions cited) Video 'La Dormeuse': Picasso's Sleeping Nude This season in London, we present a masterpiece from Pablo Picasso's 1932 series depicting his muse Marie-Thérèse Walter as a reclining odalisque. Curator and art historian Charles Stuckey provides an in-depth look at the painting's astonishing intimacy and power. Catalogue Essay Pablo Picasso painted La Dormeuse on 13 March 1932, during one of the most incredibly fertile periods of creativity of his entire career. This was one of a string of paintings depicting his lover, Marie-Thérèse Walter many of which are now in museum collections. These are among the most revered of all Picasso’s paintings, and indeed have recently become the subject of a dedicated exhibition entitled Picasso 1932 which opened in October 2017 at the Musée national Picasso, Paris and which will subsequently travel to Tate Modern, London. The pictures Picasso created that year, and in particular in the first weeks of March, were unfettered celebrations of his life with Marie-Thérèse. This is clear to see in La Dormeuse , in which the sweeping curves and undulations that comprise her body denote an experiential, almost proprietorial motion on the part of the artist himself, as Picasso moved back and forth before the canvas, creating lyrical lines and conjuring Marie-Thérèse’s voluptuous forms through layers of arabesques. La Dormeuse is both a drawing and a painting, with its cerulean patch of blue, and for this reason benefits from an added sense of spontaneity and intimacy compared to some of the finished oils from the period. Indeed, the pentimenti which are visible underneath reveal other configurations that Marie-Thérèse’s features had taken during the creation of the picture, add a sense of movement and time to La Dormeuse . It is a palimpsest, with layers of recorded appearances. La Dormeuse remained in Picasso’s own possession until his death, and was then inherited by his widow Jacqueline Roque, before passing to her daughter from a previous marriage, Catherine Hutin-Blay. Picasso would later say of the pictures that he accumulated, reflecting his unwillingness to part with many of them, 'I am the greatest collector of Picassos in the world' (Pablo Picasso quoted in Roberto Otero Forever Picasso: An Intimate Look at His Last Years , trans. Elaine Kerrigan, New York, 1974, p. 26). Picasso had met Marie-Thérèse just over five years before he painted La Dormeuse , on 8 January 1927, approaching her at the Galeries Lafayette where she was shopping. Marie-Thérèse was in her late tee 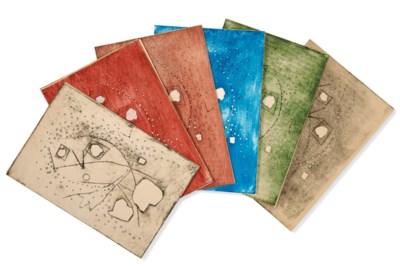 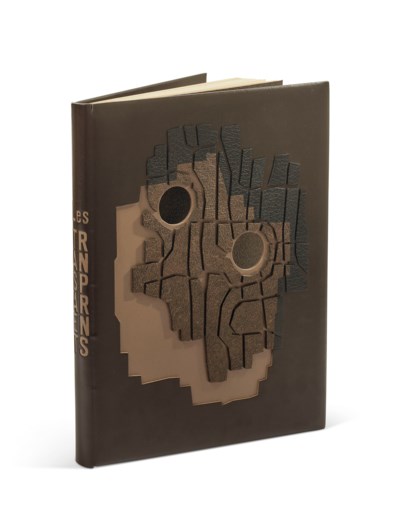 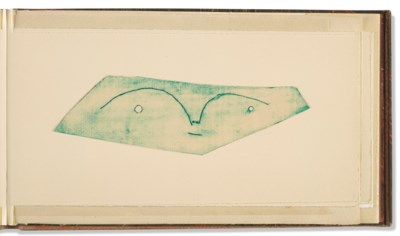 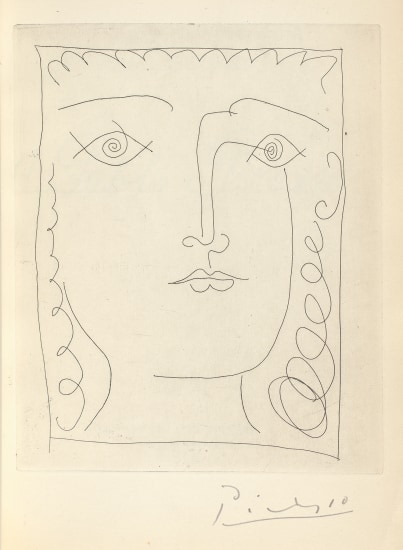 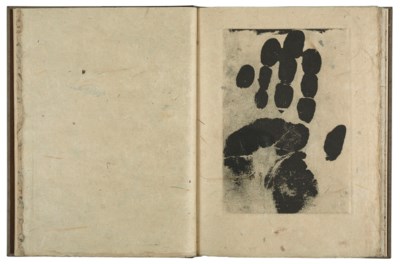 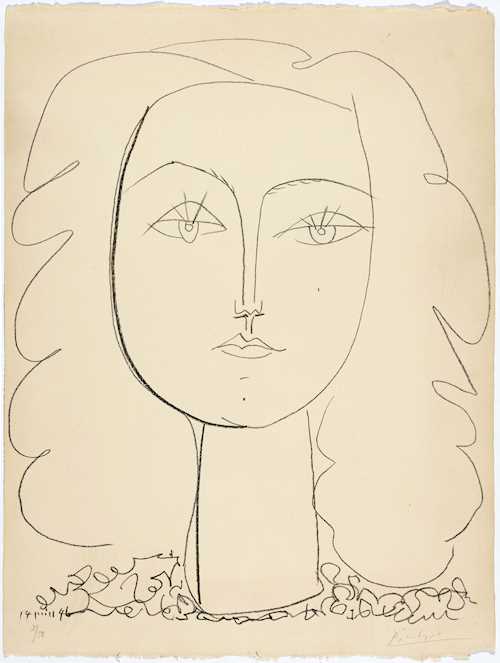 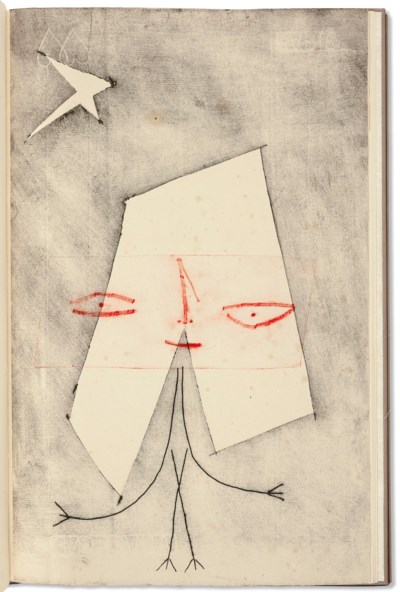 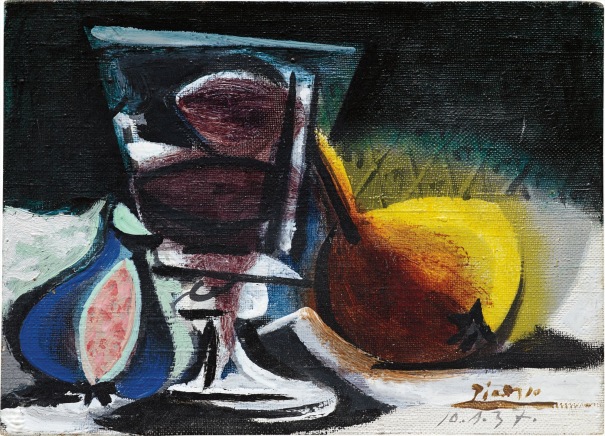