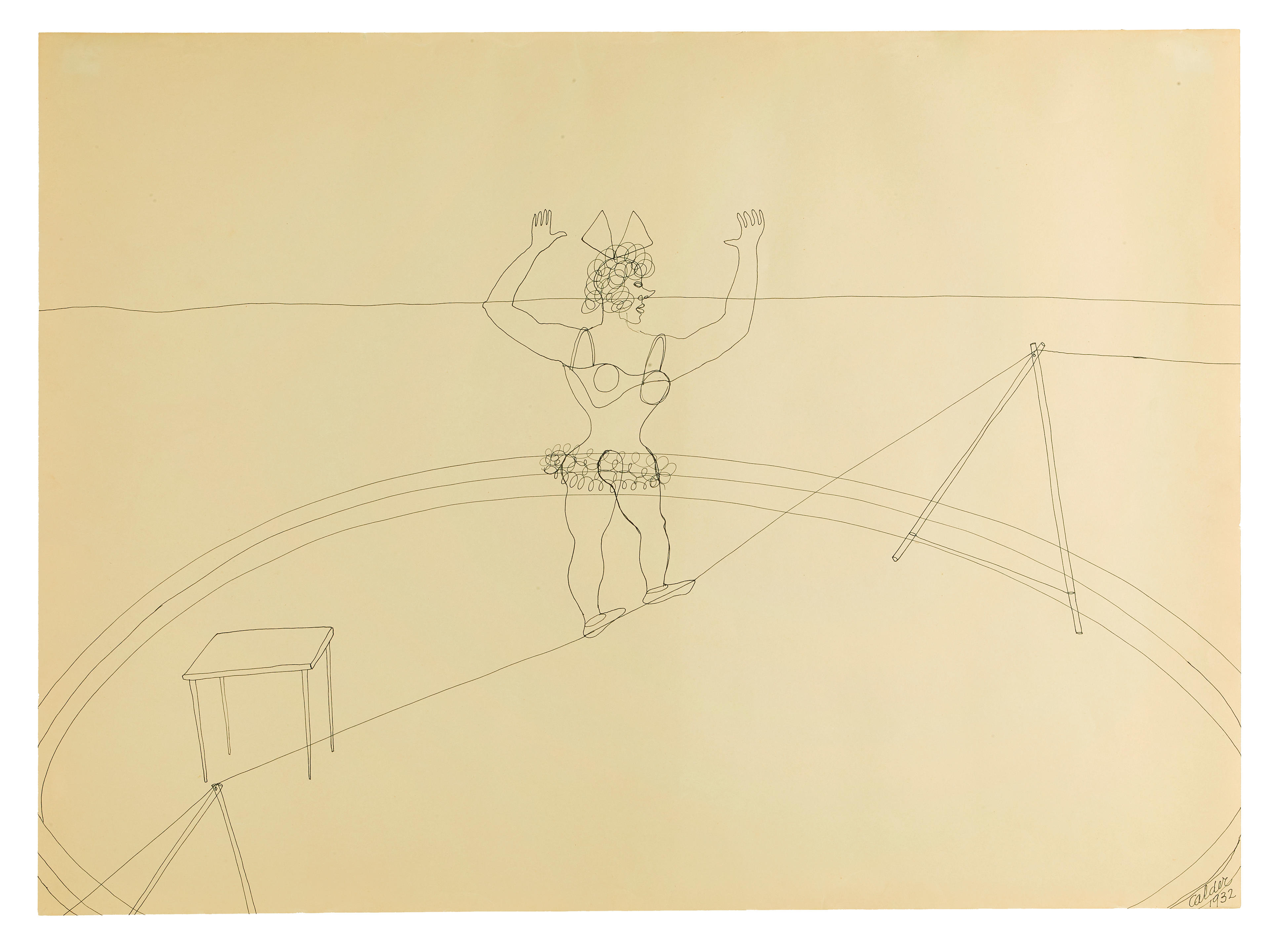 PROPERTY FROM AN IMPORTANT PRIVATE AMERICAN COLLECTION Alexander Calder (American, 1898-1976) Circus Scene, 1932 signed and dated 'Calder 1932' (lower right) ink on paper 22 x 30 in. 55.9 x 76.2 cm. Fußnoten This work is registered in the archives of the Calder Foundation, New York, under application no. A14504. Provenance Margaret Calder Hayes Collection, Berkeley, California (a gift from the artist in 1938) Private Collection, San Jose, California (by descent from the above in 1973) Thence by descent to the present owner in 2019 Literature Daniel Marchesseau, The Intimate World of Alexander Calder Paris 1989, p. 114, illustrated in black and white One of the greatest artists of the Twentieth Century, Alexander Calder's impact on art history cannot be underestimated. A pioneering figure in Post-War American art who pushed the boundaries of artistic practice and medium, Calder's canon explored such far-reaching areas as painting, drawings, toys, kinetic objects, monumental sculpture, mobiles and jewelry. Coming to sale directly from the private collection of the artist's descendants, the following group of five works touches on his extensive practice, encompassing drawing, jewelry and objects. The collection provides a unique and highly personal perspective on Calder's practice, unveiling his passion and devotion in crafting abstraction and elegance in everyday objects. In 1926, Calder traveled to Paris with his parents' encouragement. It was here that he was exposed to the artistic Avant Garde in Europe. Though Calder's practice is often associated with specific movements, the only group he ever joined was the Abstraction-Création, an international cohort of more than forty artists, including Hans Arp Robert Delaunay Theo van Doesburg Piet Mondrian and Wassily Kandinsky, that between 1931 and 1936 promoted the principles of pure abstraction. It was during this period that Calder created Cirque Calder (1926-31), an extraordinary assemblage of objects that brought to life a miniature circus within a theater setting. The artist's affinity for the playfulness and energy of the circus would leave lasting marks on the rest of his career and prove to be the most iconic movement of his early practice. Created at the same time as the first exhibition of his mobiles, Circus Scene (1932), represents the starting point of Calder's mature artistic oeuvre. With an unbroken line on the flat surface, Calder stirs his viewer's attention by presenting a sinuous and delicate drawing of an acrobat walking on a tightrope. As if suspended in space, the figure is reminiscent of Calder's use of wire at the time. Eliminating any suggestion of depth and shadow, Calder reduces his subjects to the essential elements. In this case, perception is turned into a physicist's paradox – what we perceive is no longer the ultimate truth if compared to other subjects or dimensions. Not only is this work a mature representation of the sketches he made from life at the Ringling Bros. and Barnum & Bailey circuses he visited while attending the Art Students League of New York, it also reveals Calder's profound interest and knowledge in science, including physics, astronomy, and engineering. Although well known for his iconic mobiles and monumental outdoor sculptures, Calder also possessed an exceptional talent for producing exquisite jewelry pieces on a more intimate scale. Each object and item of jewelry was individually designed and hand-made by the artist, displaying Calder's eloquence with different metals as well as his imaginative power. Well-aware of the welded and soldered metal sculptures Pablo Picasso and Julio González had created by using wire and found objects, Calder rejected welding, preferring to bend and twist the materials by hand. He desired to put art at the service of a practical purpose to adorn a body, thus breaking the boundary between art and its audience and making them one. Created from affordable materials, Calder's jewelry, though inf 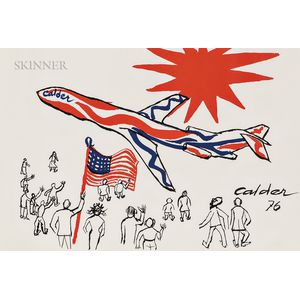