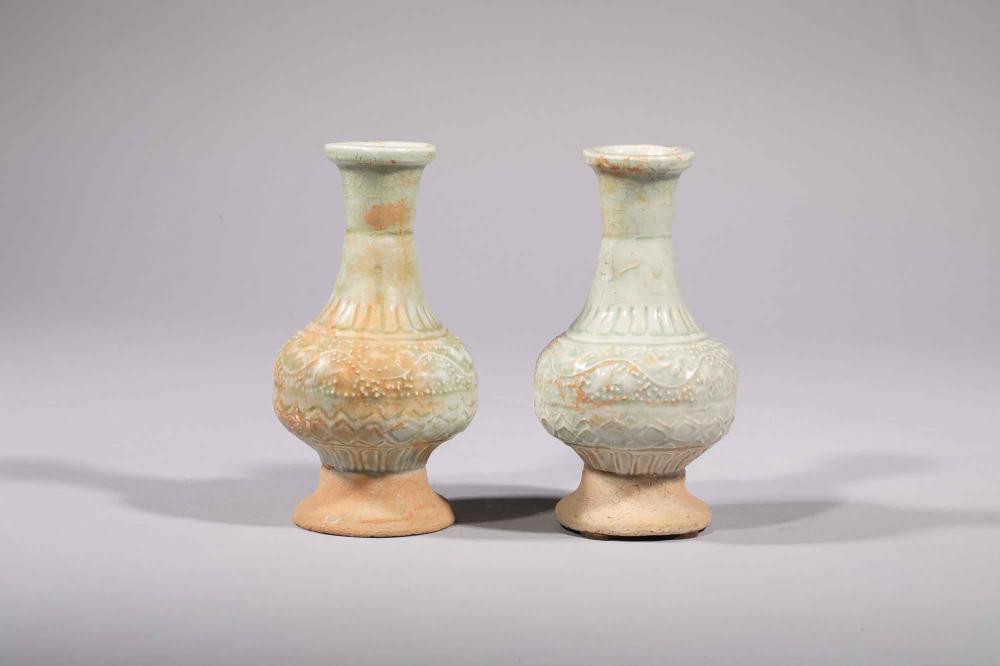 Description: Paire de flacons en porcelaine qinbaï à panse globulaire et haut col sur piédouche en fin grès porcelaineux moulé d'un décor géométrique sous glaçure monochrome céladon bleuté clair. Chine. Dynastie Song. 960 à 1279. 15cm. Literature: The history of Asian art, or Eastern art, includes a vast range of influences from various cultures and religions. Developments in Asian art historically parallel those in Western art, in general a few centuries earlier. Chinese art, Indian art, Korean art, Japanese art, each had significant influence on Western art, and, vice versa. Near Eastern art also had a significant influence on Western art. Excluding prehistoric art, the art of Mesopotamia represents the oldest forms of Asian art. Chinese art is visual art that, whether ancient or modern, originated in or is practiced in China or by Chinese artists. The Chinese art in the Republic of China (Taiwan) and that of overseas Chinese can also be considered part of Chinese art where it is based in or draws on Chinese heritage and Chinese culture. Early "stone age art" dates back to 10,000 BC, mostly consisting of simple pottery and sculptures. After this early period Chinese art, like Chinese history, is typically classified by the succession of ruling dynasties of Chinese emperors, most of which lasted several hundred years. Chinese art has arguably the oldest continuous tradition in the world, and is marked by an unusual degree of continuity within, and consciousness of, that tradition, lacking an equivalent to the Western collapse and gradual recovery of classical styles. The media that have usually been classified in the West since the Renaissance as the decorative arts are extremely important in Chinese art, and much of the finest work was produced in large workshops or factories by essentially unknown artists, especially in the field of Chinese porcelain. Much of the best work in ceramics, textiles and other techniques was produced over a long period by the various Imperial factories or workshops, which as well as being used by the court was distributed internally and abroad on a huge scale to demonstrate the wealth and power of the Emperors. In contrast, the tradition of ink wash painting, practiced mainly by scholar-officials and court painters especially of landscapes, flowers, and birds, developed aesthetic values depending on the individual imagination of and objective observation by the artist that are similar to those of the West, but long pre-dated their development there. After contacts with Western art became increasingly important from the 19th century onwards, in recent decades China has participated with increasing success in worldwide contemporary art. Korean arts include traditions in calligraphy, music, painting and pottery, often marked by the use of natural forms, surface decoration and bold colors or sounds. The earliest examples of Korean art consist of stone age works dating from 3000 BC. These mainly consist of votive sculptures and more recently, petroglyphs, which were rediscovered. This early period was followed by the art styles of various Korean kingdoms and dynasties. Korean artists sometimes modified Chinese traditions with a native preference for simple elegance, spontaneity, and an appreciation for purity of nature. The Goryeo Dynasty (918–1392) was one of the most prolific periods for a wide range of disciplines, especially pottery. The Korean art market is concentrated in the Insadong district of Seoul where over 50 small galleries exhibit and occasional fine arts auctions. Galleries are cooperatively run, small and often with curated and finely designed exhibits. In every town there are smaller regional galleries, with local artists showing in traditional and contemporary media. Art galleries usually have a mix of media. Attempts at bringing Western conceptual art into the foreground have usually had their best success outside of Korea in New York, San Francisco, London and Paris. Japanese art 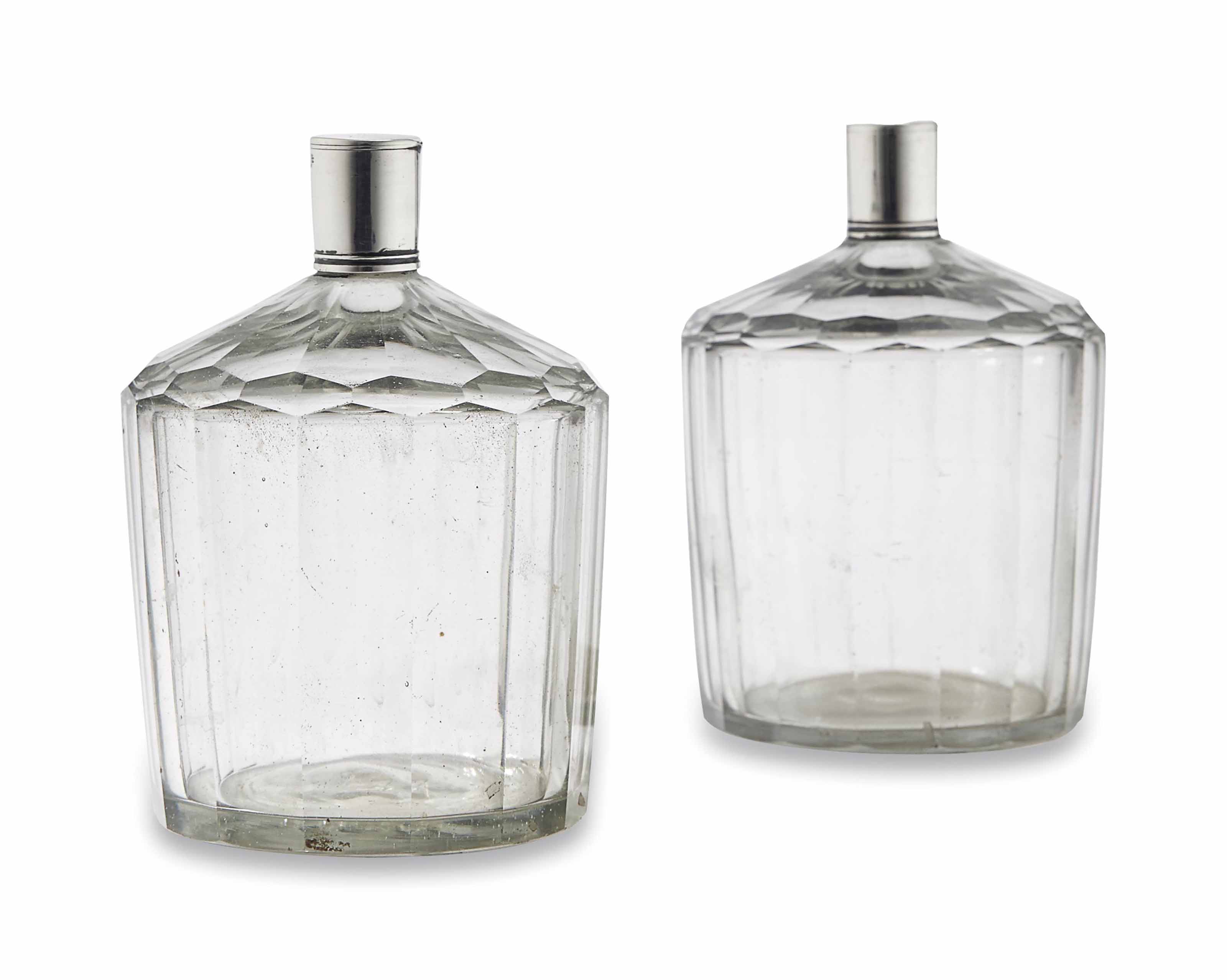 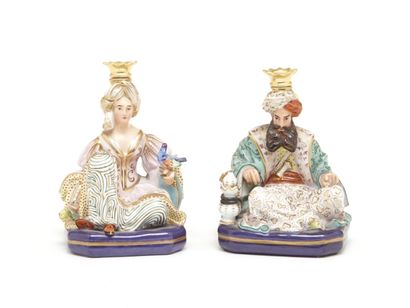 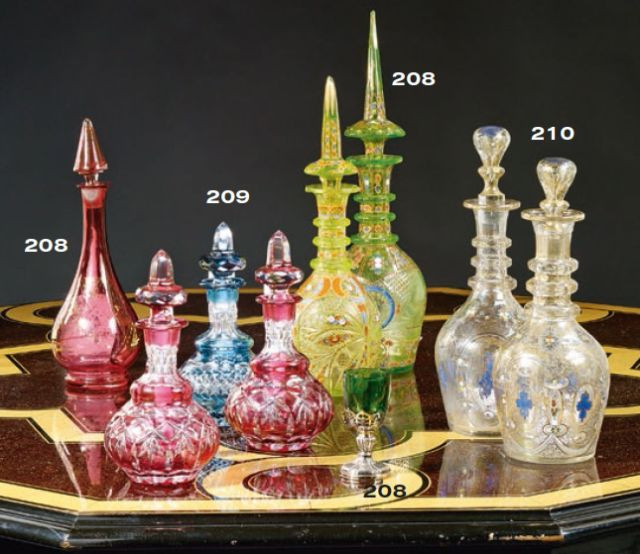