COMENIUS, Johann Amos (1592-1670). - Orbis Sensualium Pictus ... Commenius's Visible World, or a Picture and Nomenclature of all the chief things that are in the world; and of mens Employments therein ... most suitable to Children's capacities ... & ...

Orbis Sensualium Pictus ... Commenius's Visible World, or a Picture and Nomenclature of all the chief things that are in the world; and of mens Employments therein ... most suitable to Children's capacities ... & translated into English by Charles Hoole.
London: Printed by S. G.[riffin] for W.[illiam] Kirton, 1667. 12mo (5 3/8 x 3 3 1/2 inches; 147 x 87mm). 153 numbered copperplate illustrations, 2pp. of 24 small engravings with English/Latin captions ("The crow cryeth"). Modern half calf, covers with blind-tooled border, spine in six compartments with raised bands, lettered in gilt in the second, the others with repeat tooling in blind. Condition : frontispiece and final index leaf in facsimile, leaf F7 with lower corner in facsimile, K4 with small section of loss repaired, numerous leaves with marginal loss, some repaired, one of the small engravings shaved into the image area, scattered soiling. unrecorded third english edition of comenius’ “orbis pictus”: the most important work from a man who has been called the “father of modern education”. Little is known of the printer William Kirton, and only three titles with his imprint are recorded in Wing. This list does not include the present work which is unrecorded. This work is generally considered to be the first picture-book for children. The first edition in German and Latin, illustrated with woodcuts, was published in Nuremberg in 1658. The first two English editions (London, 1659 and 1666, known in a total of seven copies) were both published by Joshua Kirton (William's father, who died in 1667). These two printings employed copper-engravings but these plates were destroyed in the Great Fire of London in September 1666. The present 1667 edition is therefore the first printing to include the new series of copperplates (an honor previously ascribed to S Mearne's 1672 edition). It would appear to have been done in some haste, and there are many errors: five of the engravings have wildly incorrect Roman numbering, a sixth repeats numeral LXII and the rest follow suit, the first leaf of the Orbis Pictus following Hoole's preface is mis-numbered pp[15-]16, and there are a number of other errors. Little is known of the printer William Kirton, and only three titles with his imprint are recorded in Wing. This does not include the present work which is unrecorded. Comenius' Orbis Pictus is really the prototype for the modern illustrated school reader: it comprises a series of keyed pictures with descriptive texts in both Latin and English using a vocabulary of about two thousand words, to assist a student who knows one language in comprehending the other, but also to teach general science and social history by depicting familiar machinery, buildings, occupations, &c, &c. Czech-born Comenius (or Komensky) was a bishop of the Unity of the Brethren ("Jednota bratrská")/Moravian Protestant church in exile, who gained considerable fame for his innovations in teaching and general scholarship. Kurt Pilz ( Ausgaben des Orbis Sensualium Pictus ) has identified more than 240 different editions of Orbis Pictus (to 1959), but he does not record the present issue; not in Wing. "Orbis sensualium pictus" in Russian, i. 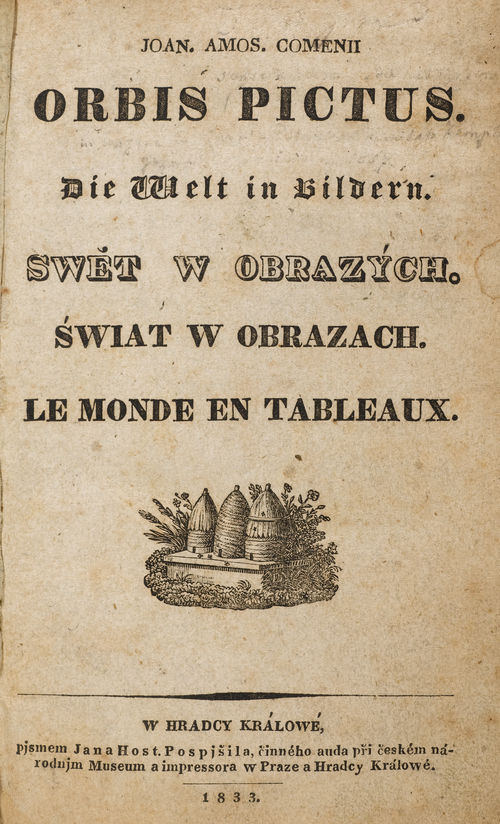 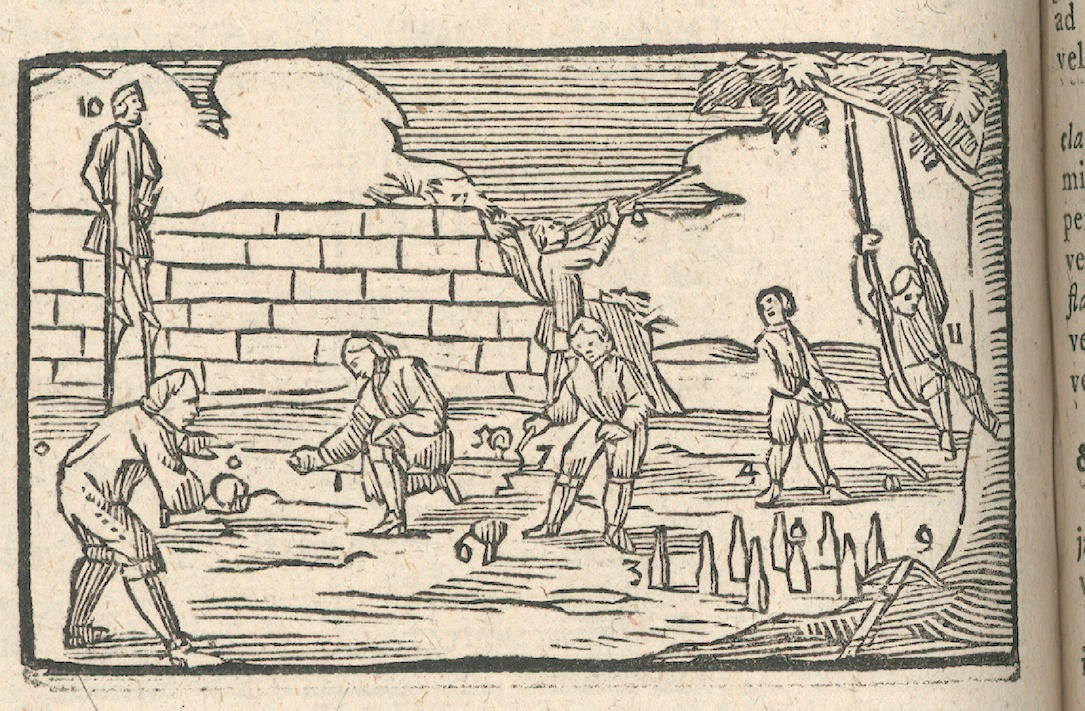