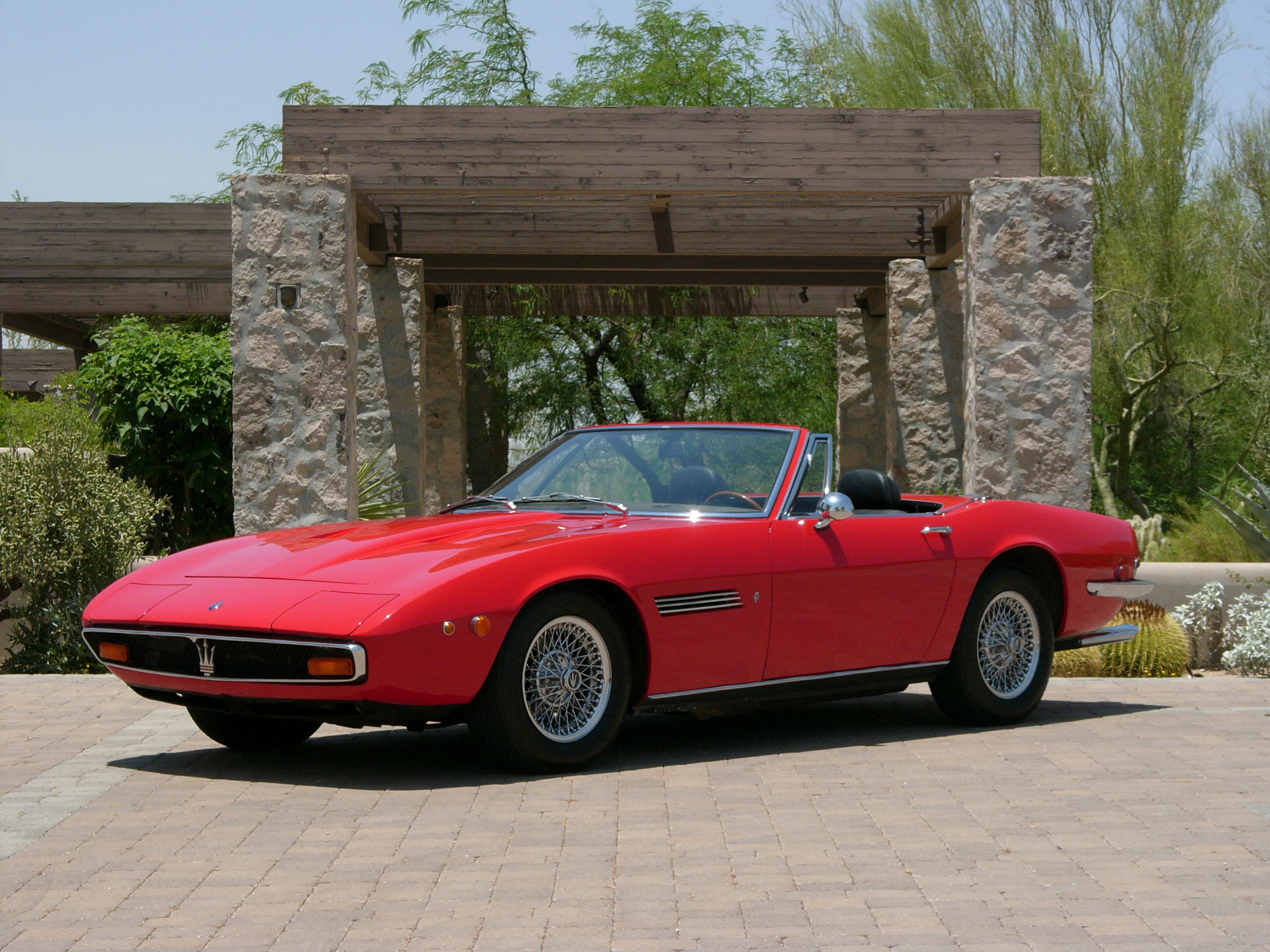 Body no. 10262 First of the V8 Maserati GT cars, heralding the shift from cold winds to hot, the Ghibli took its name from a hot, dry and dusty Libyan sirocco. Arising in the Sahara, the ghiblis pull moisture from the Mediterranean before blasting the southern coasts of Europe. The Ghibli was successor to the Mistral, first of the “wind cars,” named for a cold, southerly-blowing wind from the Rhône Valley. Although in business since 1926, in a quarter century Officine Alfieri Maserati SpA had produced few cars for the street. Initial efforts in the 1920s were a continuation of the racing model Diattos. By 1932, three of the four surviving Maserati brothers were working at the firm, but efforts concentrated almost entirely on competition. The 8C of 1932-33 won the 1933 French Grand Prix and Sir Henry Birkin achieved third place driving one in the Tripoli Grand Prix. The monoposto 6CM (1936-40) was a favorite of privateers, and Wilbur Shaw drove a 3-liter 8CTF to victory in the 1939 and 1940 Indianapolis 500 races. In 1938, Italian scrap merchant-turned-industrialist Adolfo Orsi convinced the Maseratis to sell him their company. Orsi was principally interested in the spark plug operation, but also felt the competition aspect would be prestigious. Orsi’s son Omer headed up the firm, relocated from Bologna to Modena, but the Maseratis stayed on under a ten-year contract. Not much happened during World War II, but after the end of hostilities Ernesto Maserati built a road-going sports car, the Tipo A6. This was a 1,488 cc straight six similar to that of the 6CM. The car had a ladder chassis frame, coil spring wishbone front suspension and live rear axle, also coil-sprung. Pinin Farina built a handsome coupe body, and the A6 took a bow at the 1947 Geneva auto show. Although intended for the street, the A6 also begot a number of competition variations. Having fulfilled their contract and uninterested in road cars, the Maseratis departed that year, returning to Bologna to found OSCA. An acronym for Officina Specializata Costruzione Automobili (specialized vehicle construction workshop), OSCA built small lightweight sports racers through 1967. Omer Orsi, meanwhile, continued development of the A6, but production was minuscule. In addition to the spark plugs, the company was reaping profits from batteries, car horns and machine tools. The competition efforts continued, however, and with Juan-Manuel Fangio as lead driver Maserati rolled up seven World Championship victories in five years, more than twice as many as Ferrari. In 1957, Fangio won the World Driver’s championship in a works Maserati 250F, but Orsi pulled the plug on competition soon thereafter. He had heavy investments in Argentina, which collapsed after the overthrow of Presdient Juan Péron in 1955. To replenish his coffers, Orsi assigned his chief engineer, Giulio Alfieri, to work up a Gran Turismo car. Alfieri took the dohc six of the 350S sports racer, a chassis derived from the A6, and came up with the 3500GT. Introduced at the 1957 Geneva show, it was powered by a 220bhp, hemi-head 3,485 cc inline dohc six, and available as either a 2+2 coupe or convertible. The coupe body was an aluminum superleggera design by Touring of Milan, the convertible by Allemano of Turin. Disc brakes were added in subsequent years, and a Spyder by Vignale debuted in 1960 on a shorter chassis. Lucas fuel injection was added in 1961, by which time a ZF five-speed transmission was standard. As a successor to the 3500GT, Maserati commissioned Pietro Frua to design a sleek two-seat hatchback coupe. The first of the “wind Maseratis” and last of the straight sixes, the Mistral was first seen at Salone dell'automobile di Torino, the Italian motor show, in November 1963. The engine was the 3,485 cc unit from the 3500GT, with the Lucas fuel injection and ZF five-speed. Suspension was similar to that of the 3500GT, on an eight inch shorter wheelbase. A two-seat spyder was introduced some months later, a 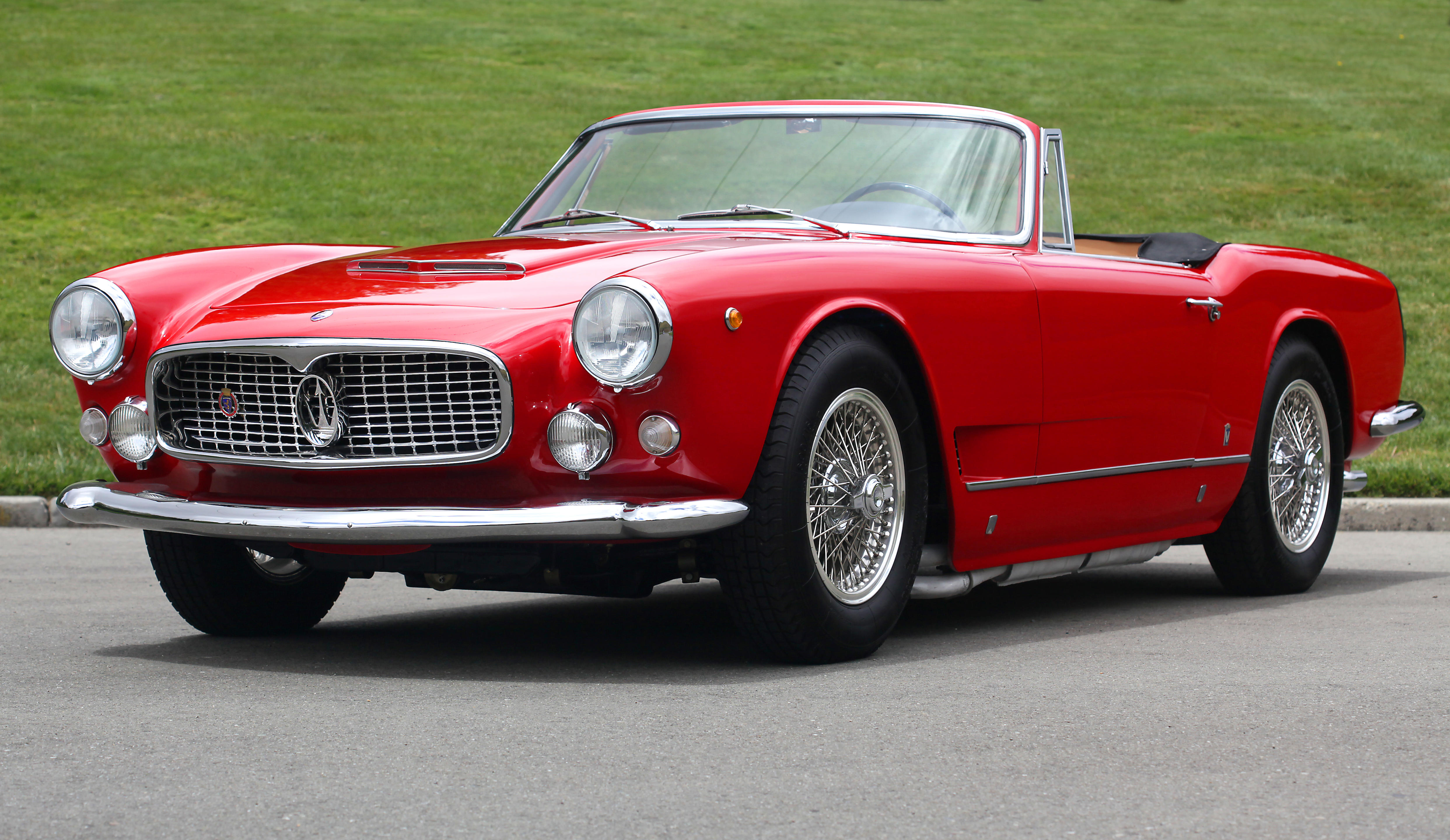 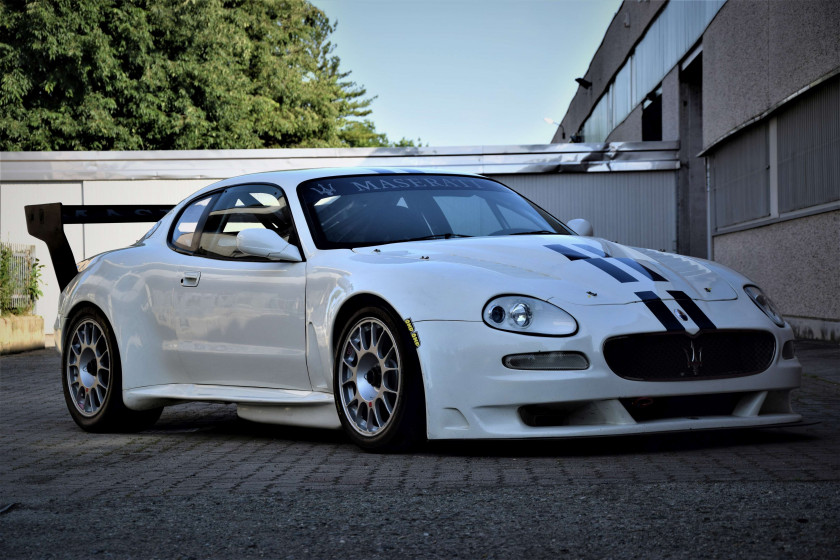 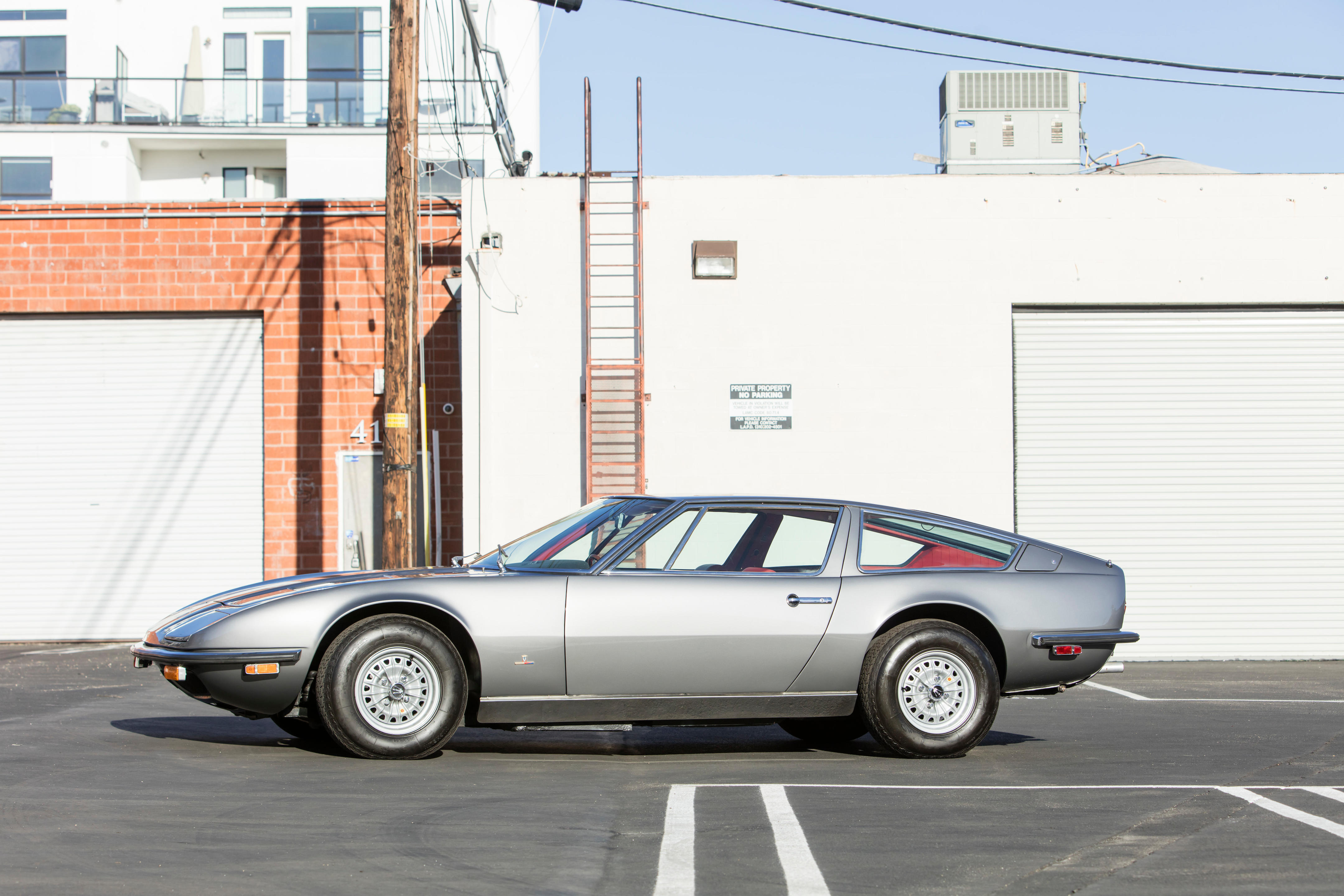 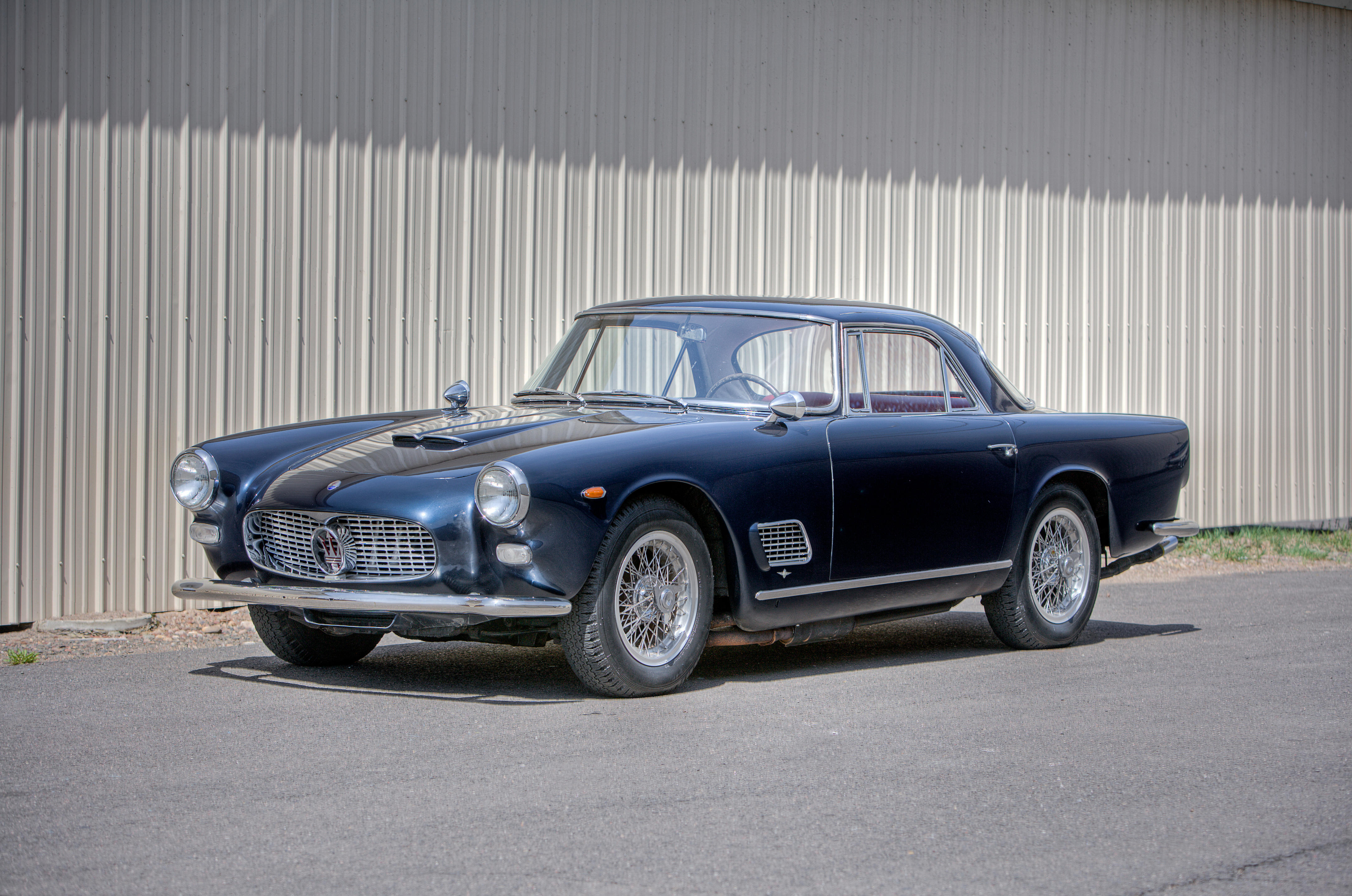 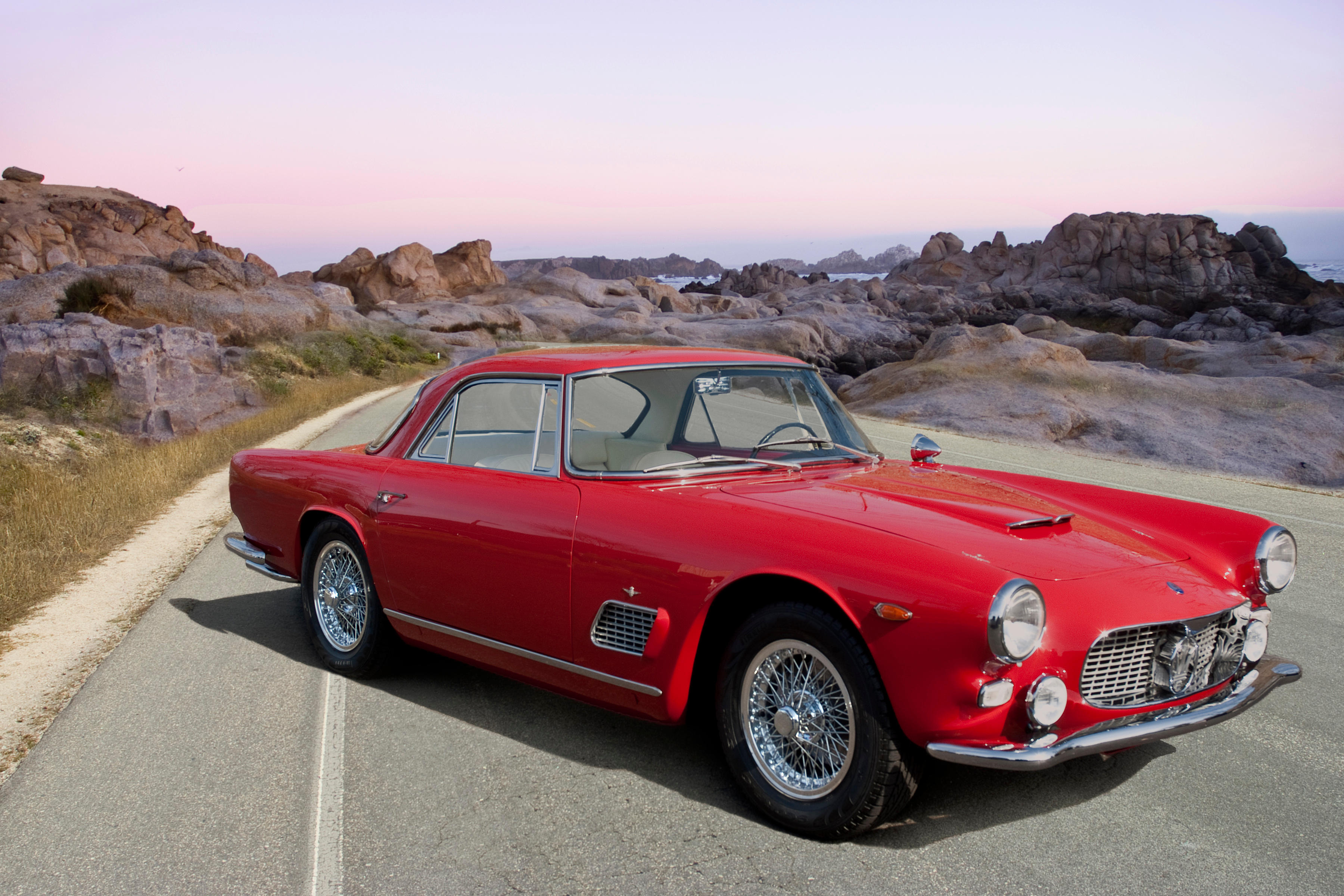 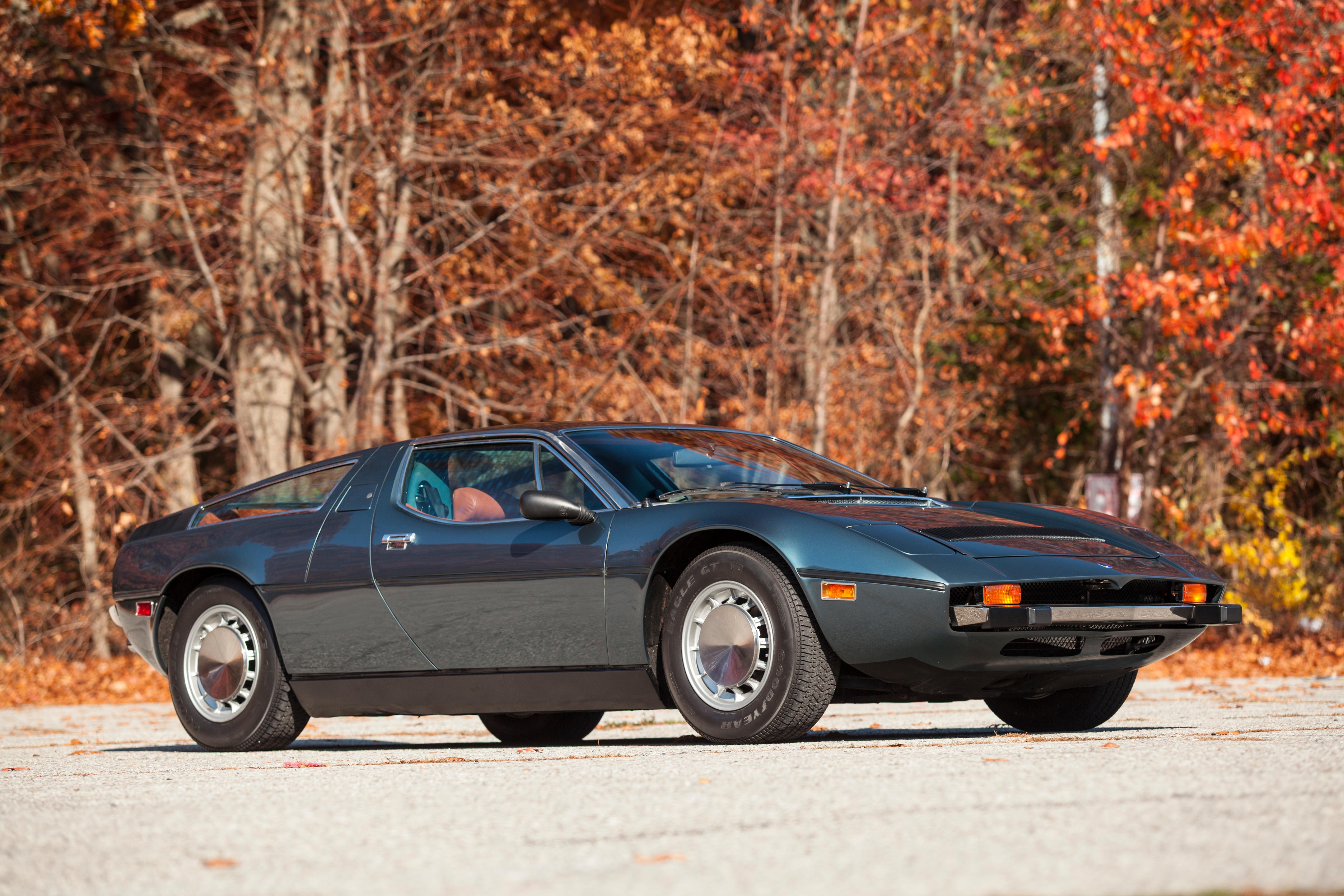 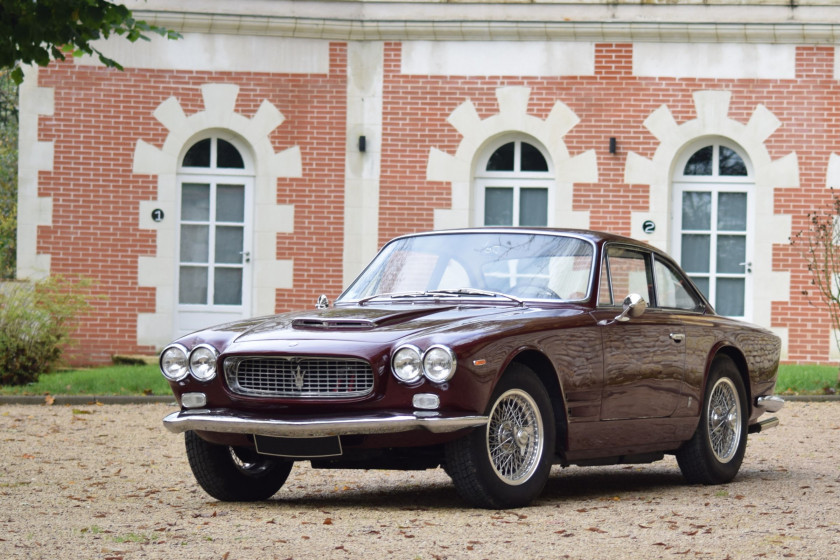 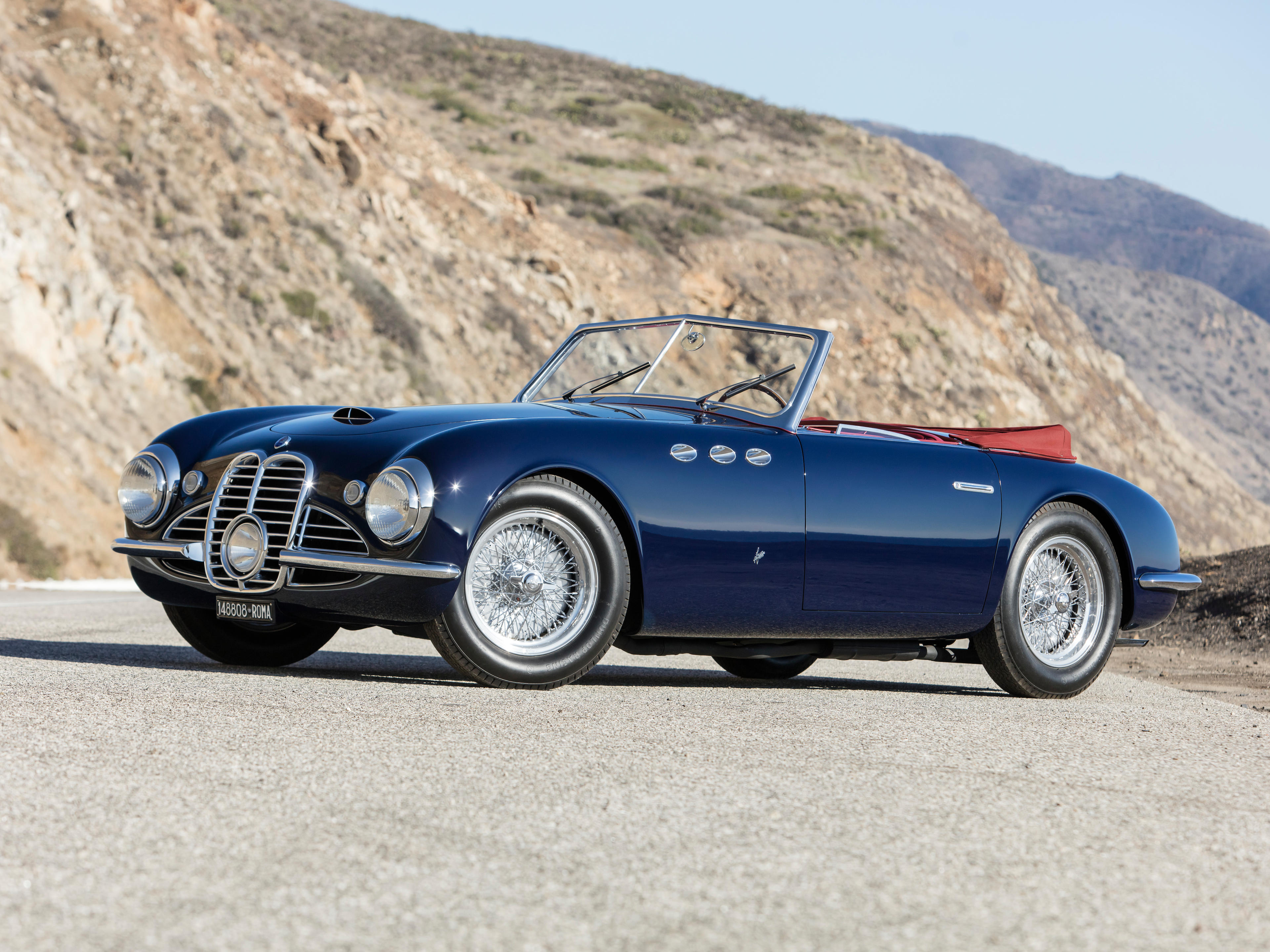 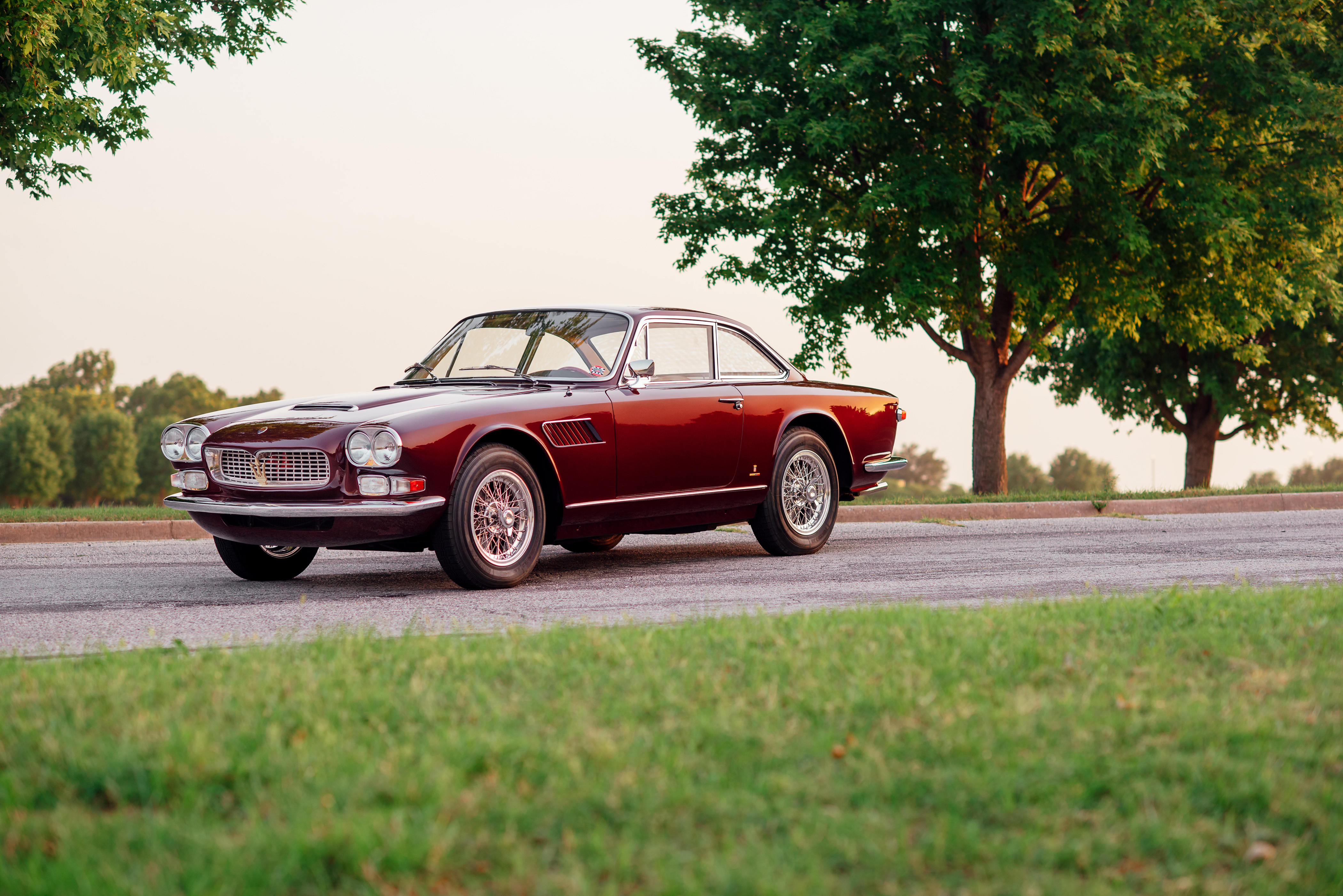 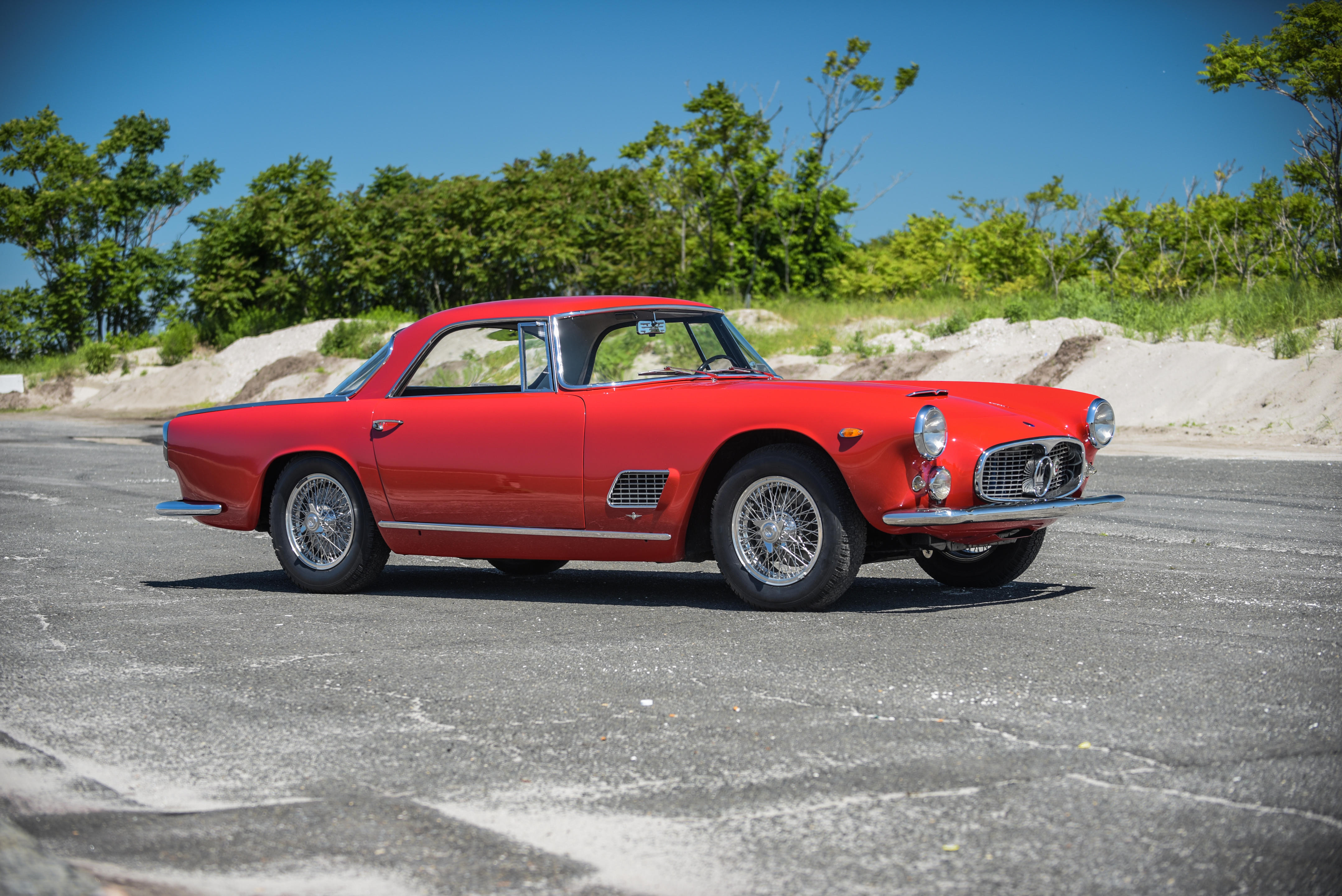 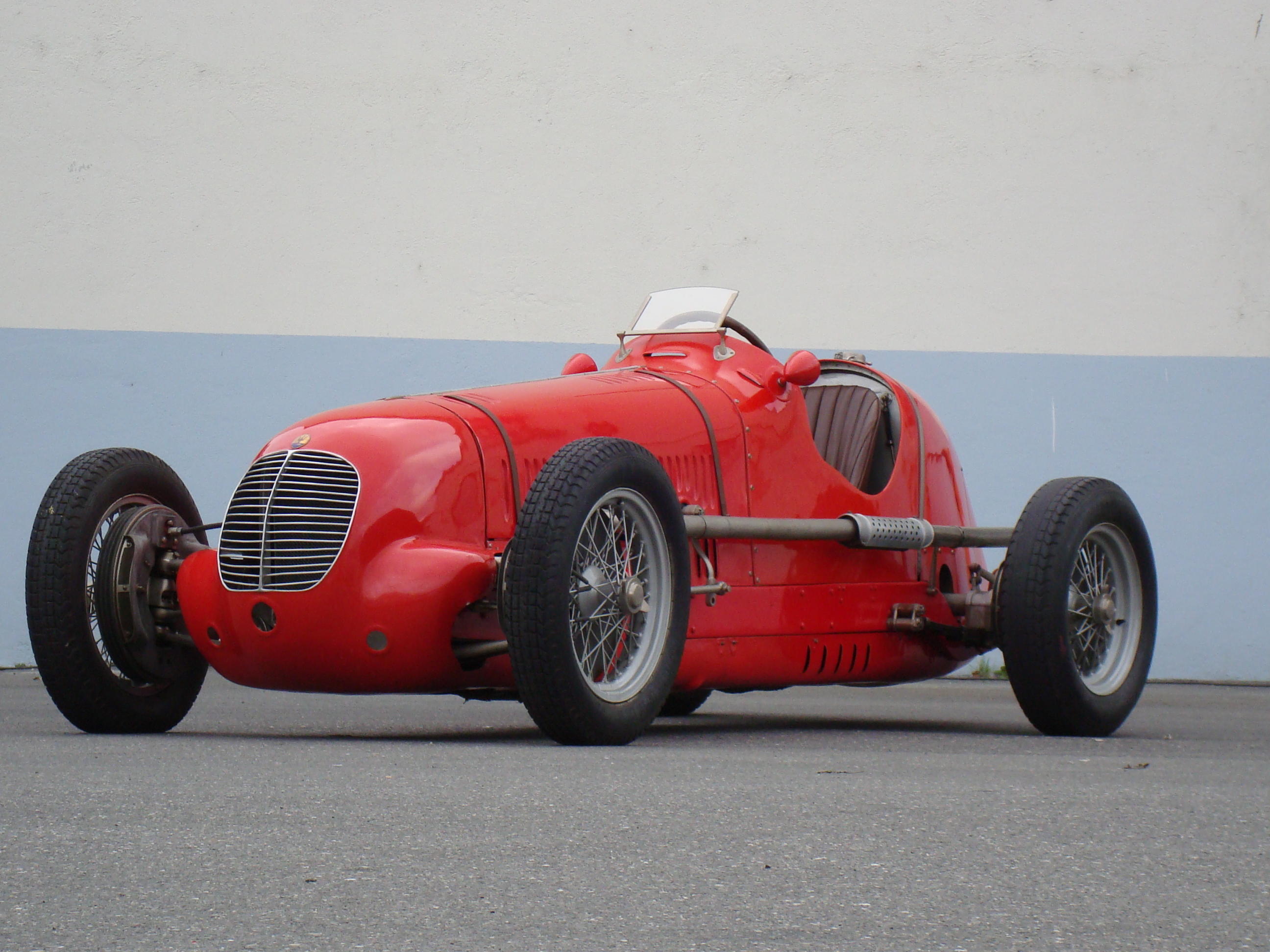 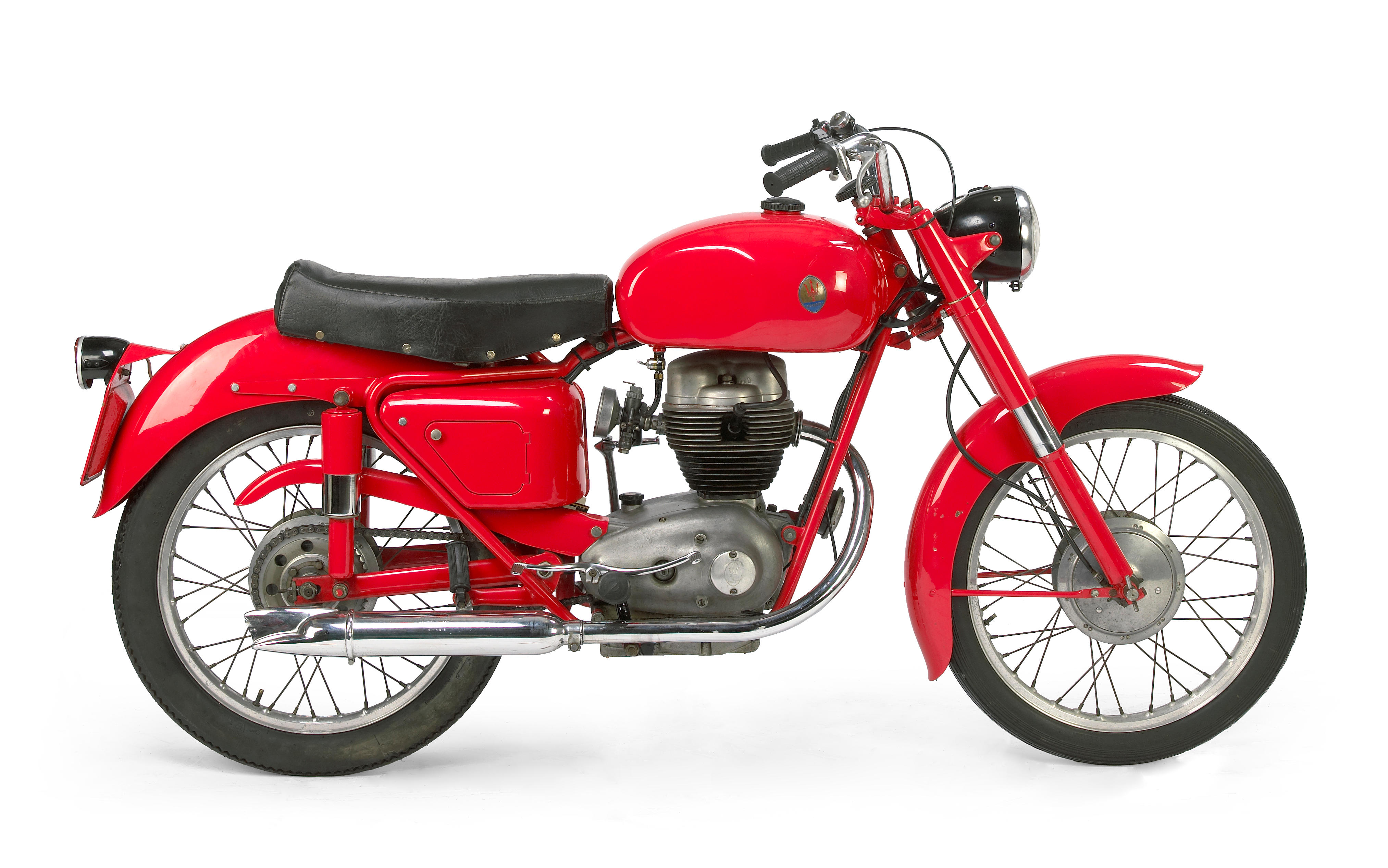