Napoleon Sarony, Exceptional Collection of Self Portraits, Incl. Only Known Hard Image of the Photographer 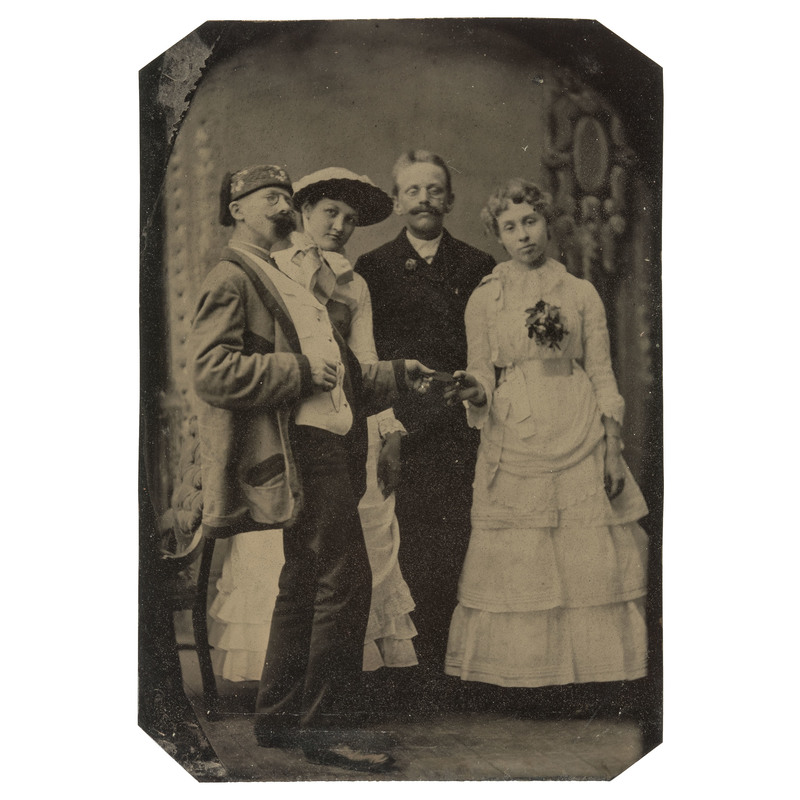 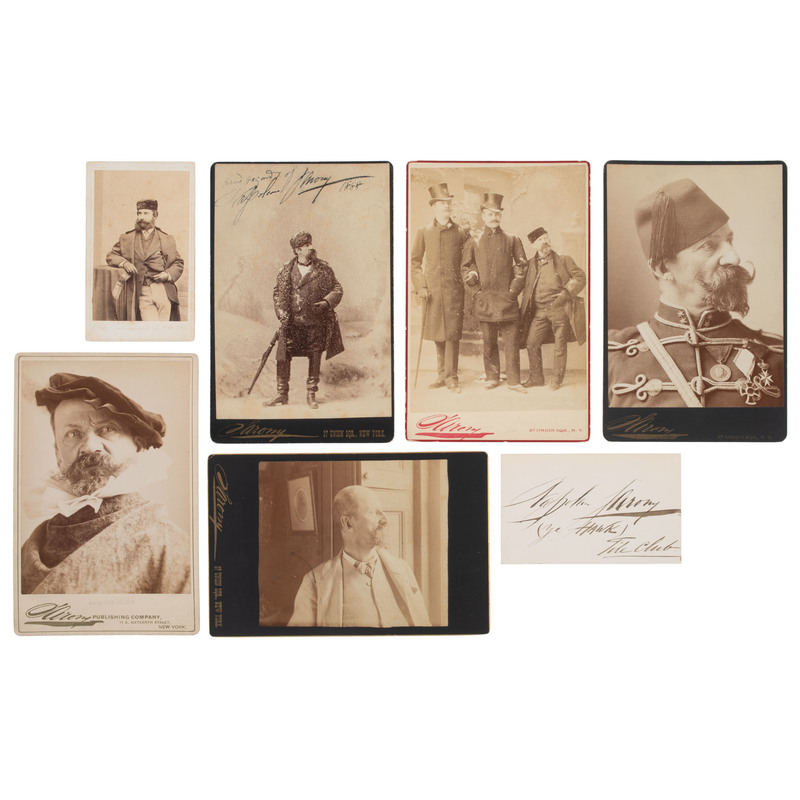 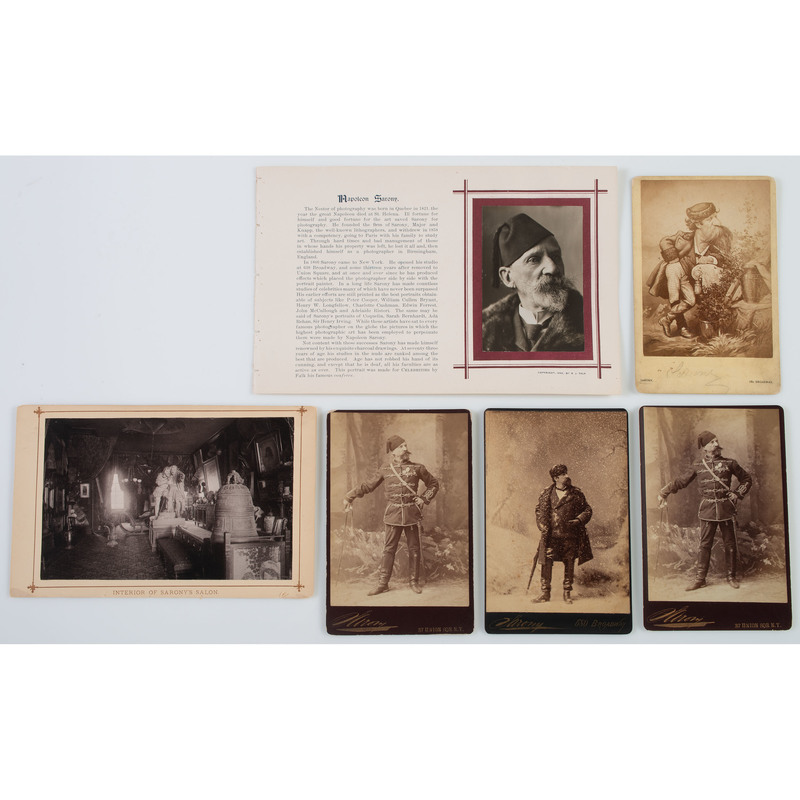 Lot of 14, comprised of 13 self portraits of the highly popular nineteenth century portrait photographer Napoleon Sarony (1821-1896), including a tintype of the artist and autographed cabinet card, as well as a "Tile Club" card, 2.5 x 4.125 in., signed and inscribed by Sarony, who added his Tile Club nickname "Ye Hawk" below his name. The Tile Club was an exclusive group of artists, writers, architects, and musicians working in New York City between 1877-1887, and, in addition to Sarony, it included important forces such as Winslow Homer and William Merritt Chase. Born in Quebec in 1821, Sarony moved to New York at the age of 15 to work as a lithographer for Nathaniel Currier, holding this position until 1843 when he established his own lithography firm. In 1867, Sarony opened a photography studio in New York at a time when celebrity portraiture was highly popular. Sarony, known for his colorful and eccentric personality, quickly became the preeminent photographer of his day, producing portraits of virtually every star of the New York stage, including Sarah Bernhardt, the actress he reportedly paid $1500 to pose for his camera. Among the thousands of people that came through Sarony's studio were many other distinguished, high-profile figures including General W.T. Sherman, and writers such as Mark Twain and Oscar Wilde. The highlight of the collection is the 3.25 x 4.75 in. tintype showing Sarony posed with two young women and a man in his studio. While he looks at the camera out of the corner of his eye, Sarony is also handing one of the young ladies what appears to be a cased image or lens cap. This is believed to be the only known hard image of the photographer. In addition, the collection features a ca 1860s CDV of a young Sarony, credited to J. O'Neil, Broadway, NY, and eight cabinet card portraits of the photographer, each credited to Sarony, but listing three different street addresses in New York, including 680 Broadway, 37 Union Square, and 11 E. Sixteenth Street. Two cabinet cards show Sarony wearing an overcoat in a snowy studio setting, with one autographed in top margin, "Kind Regards / Napoleon Sarony / 1888." He is also shown wearing a military-inspired uniform in two portraits, as well as a Shakespearean costume. One portrait features the photographer posed with royalty, and a more intimate cabinet card captures Sarony later in life, standing in his studio or apartment, looking off into the distance. A caricature of Sarony, highlighting his flamboyant style, is enclosed, along with a 4.75 x 7.25 in. photograph on 5.5 x 8.75 in. mount showing the interior of Sarony's salon, which showcases fine art from his art collection. Also included is a 3 x 4.5 in. photograph of Sarony, copyrighted by B.J. Falk, 1895, and mounted on page with biographical information regarding the famed photographer. Condition: Tintype with some light wear to perimeter of plate. Otherwise image is crisp, with strong contrast. Paper photographs in very good condition overall. Some with even toning. Signed card in near excellent condition.