MORIER, Sir James Justinian (?1780-1849). A Second Journey through Persia, Armenia, and Asia Minor, to Constantinople, between the years 1810 and 1816. London: A. Strahan for Longman, Hurst, Rees, Orme, and Brown, 1818. 4 (297 x 230mm). 2 engraved maps (1 double-page), 17 plates: 2 line engravings (1 double-page), 15 aquatints (3 hand-coloured, 2 folding, 1 double-page), by Henry Alken, T. Fielding and others after Morier. Later purple diced-calf gilt by Bayntun of Bath, g.e. (one spine label torn with loss). FIRST EDITION. Morier had been in England no more than a few months, following his return from Persia, when he was appointed secretary to Sir Gore Ouseley's embassy. This sailed from Spithead on 18 July 1810, on the same ship that has carried Lord Macartney's mission to China eighteen years before. The embassy proceeded to Tabriz, the seat of government of the prince royal of Persia, and endeavoured to win the support of Persia against the subsisting Franco-Russian alliance. On Sir Gore Ouseley's return to England in 1814, Morier was left in charge of the embassy at Teheran, but was himself recalled a year later. He left Teheran on 6 October 1815, and as on his former journey went home by Tabriz and Asia Minor, reaching Constantinople 17 December 1816. He then retired from the diplomatic service and, after the publication of his second book of travels, devoted himself to the writing of romances, chiefly set in the east. 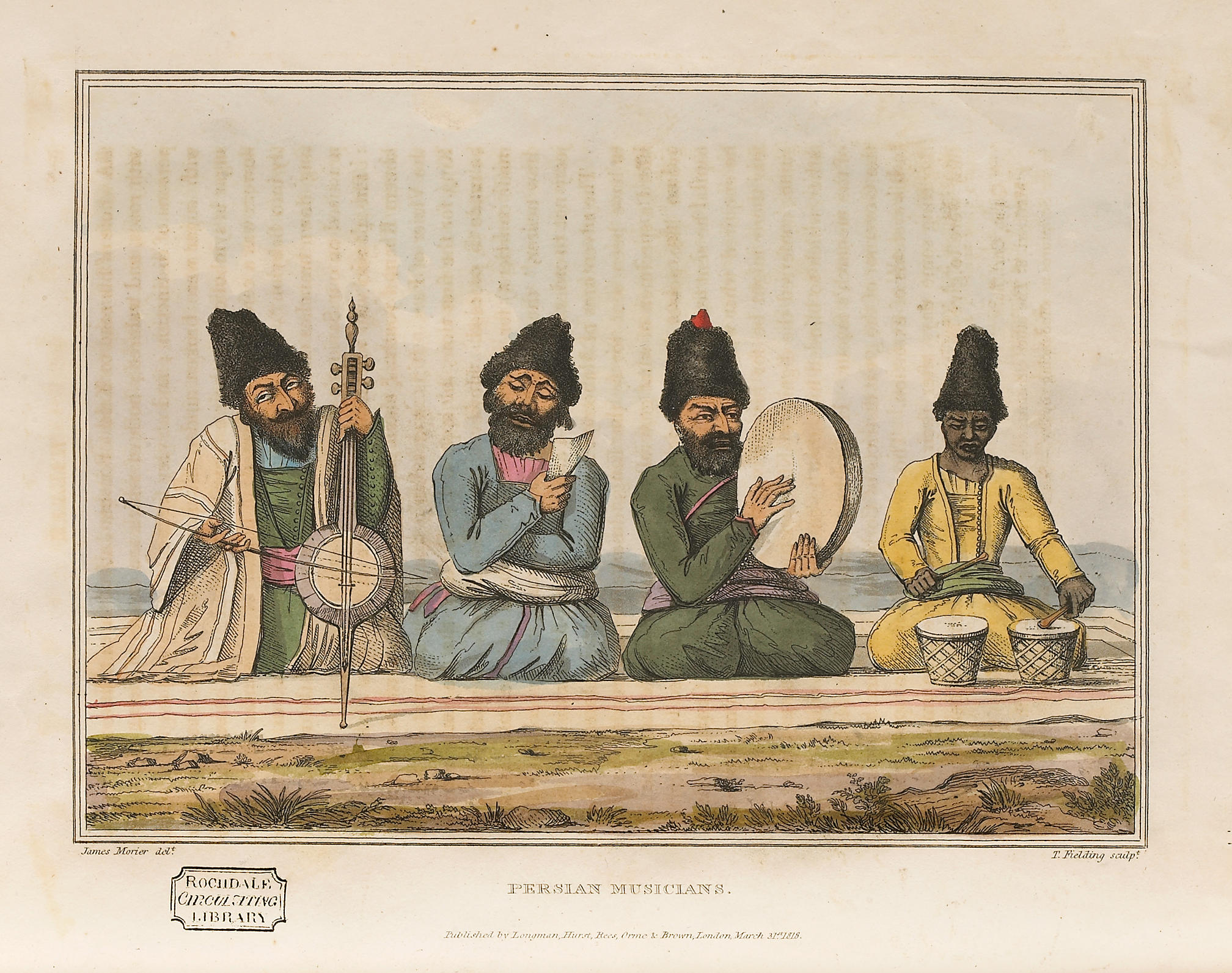