Map of the Klamath Gold Region, Drawn by H. Ehrenburg [sic], from Superficial Surveys in the Spring of 1850 Title: Map of the Klamath Gold Region, Drawn by H. Ehrenburg [sic], from Superficial Surveys in the Spring of 1850 Author: Ehrenberg, Herman Place: San Francisco Publisher: Date: August 15, 1850 Description: Woodcut map. 18x16.5 cm (7x6½"); on the first page of the Weekly Pacific News for Thursday Morning, August 15, 1850. The first sheet only of the newspaper present, with 3 columns of text beneath the map, 30 lines each, describing the map. Sheet size 55.5x42 cm (21¾x16½"). Rare, early map of this region, extending from Humboldt Bay north to Smith's River a little north of 42º latitude, and from the coast inland to the middle headwaters of the Shastl [sic] and Trinity rivers. The scale is about 16½ miles per inch. The text describes the area of the map, and tells where gold has been found. In other parts of the paper there are reports on other gold regions of the state. Wheat is somewhat dismissive of the map, "It is crudely drawn and would not be included were it not for its extreme rarity and the name of its author." Warren Heckrotte, however, takes exception to this characterization, stating that "It is the first printed map of the area; it is a good map of the area for its time and no cruder than some of the early classic maps of the central gold region." Mr. Heckrotte also points out that "On page two of paper there is report headed Mariposa Mining Company, which begins: 'A meeting of the stockholders possessing a rich vein of quartz in the Mariposa region took place last evening at the office of Messrs Palmer, Cook & Co., for the purpose of hearing a report from the mine, from Wm. A. Jackson, Esq, who arrived with a large quantity of specimens... the richest we have ever seen in California...' - The vein is described. At the end it states that machinery for crushing rock 'will be shipped to the mines today.' William A. Jackson is the noted map maker." Provenance: Burger, SF Book Fair, 1/31/04 References: Diane North, The Maps, Plans and Sketches of Herman Ehrenberg, CMS, 1988, no. 11; she locates two copies--Bancroft Lib (probably Wheat's copy) and the New York Historical Soc. W-TW, 672, pp 131, 295. not in W-GR. Ornish, Ehrenberg: Goliad Survivor, Old West Explorer, reproduces map. Lot Amendments Condition: A few repairs of marginal tears and a loss of a few words, in no way affecting the map or its description, very good. Item number: 265045 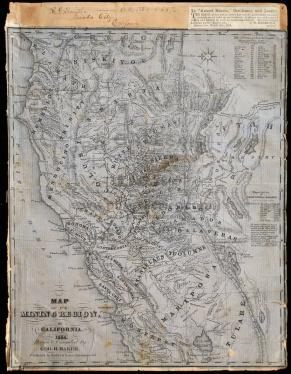 "Map of the Mining Region, of California 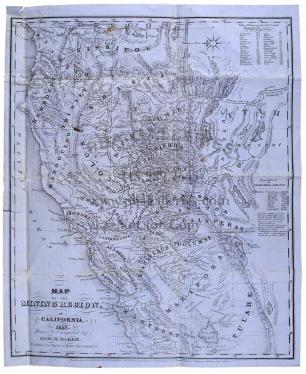 Map of Oregon, Washington and Part of Br

Map of Oregon, Washington and Part of Br The Klamath Indians of Southwestern Oreg 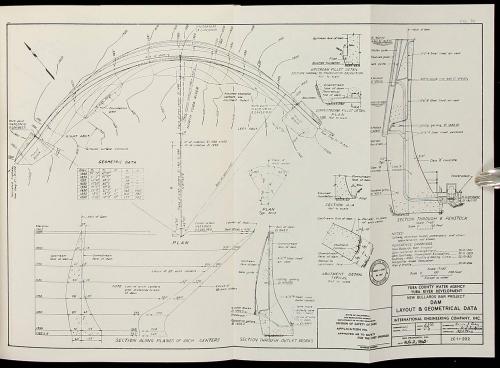 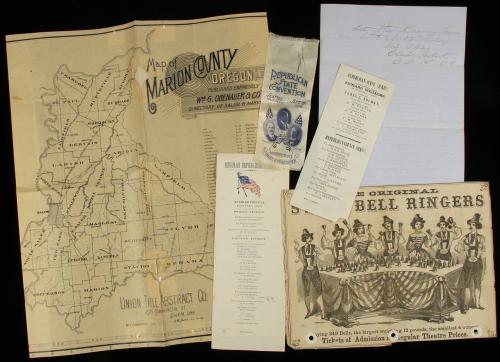