Large teaching collection of leaves from medieval manuscripts and charters, in Latin and Dutch, on paper and parchment [thirteenth to sixteenth century]

Large teaching collection of leaves from medieval manuscripts and charters, in Latin and Dutch, on paper and parchment [thirteenth to sixteenth century] 36 leaves and fragments, including parts of (i) a bifolium from a parchment Bible (Genesis), double column of 35 lines, with some biting curves but written below topline, capitals touched in red, running titles in red, reused on a binding and so outer sides painted blue and offset of printed leaves on inner, overall fair and presentable condition, probably Low Countries or Rhineland, late twelfth century, each leaf: 303 by 210mm., bound in card; (ii) 2 leaves from a parchment Book of Hours in Dutch, 17 lines, initials in liquid gold and blue, Netherlands, fifteenth century,150 by 105mm., plus 2 further bifolia from a fifteenth-century pocket prayerbook in Dutch, parchment, each leaf 95 by 75mm., plus 2 further leaves from a French Book of Hours, with decorated border panels and illuminated initials, cockled and water damaged, 160 by 110mm.; (iii) 2 strips from a noted Missal, with 3+2 lines of text and music on a 4-line red stave, part of a red initial with blue penwork, each 70 by 172mm., Low Countries, twelfth century; plus another 26 leaves or fragments, mostly from medieval liturgical volumes and charters 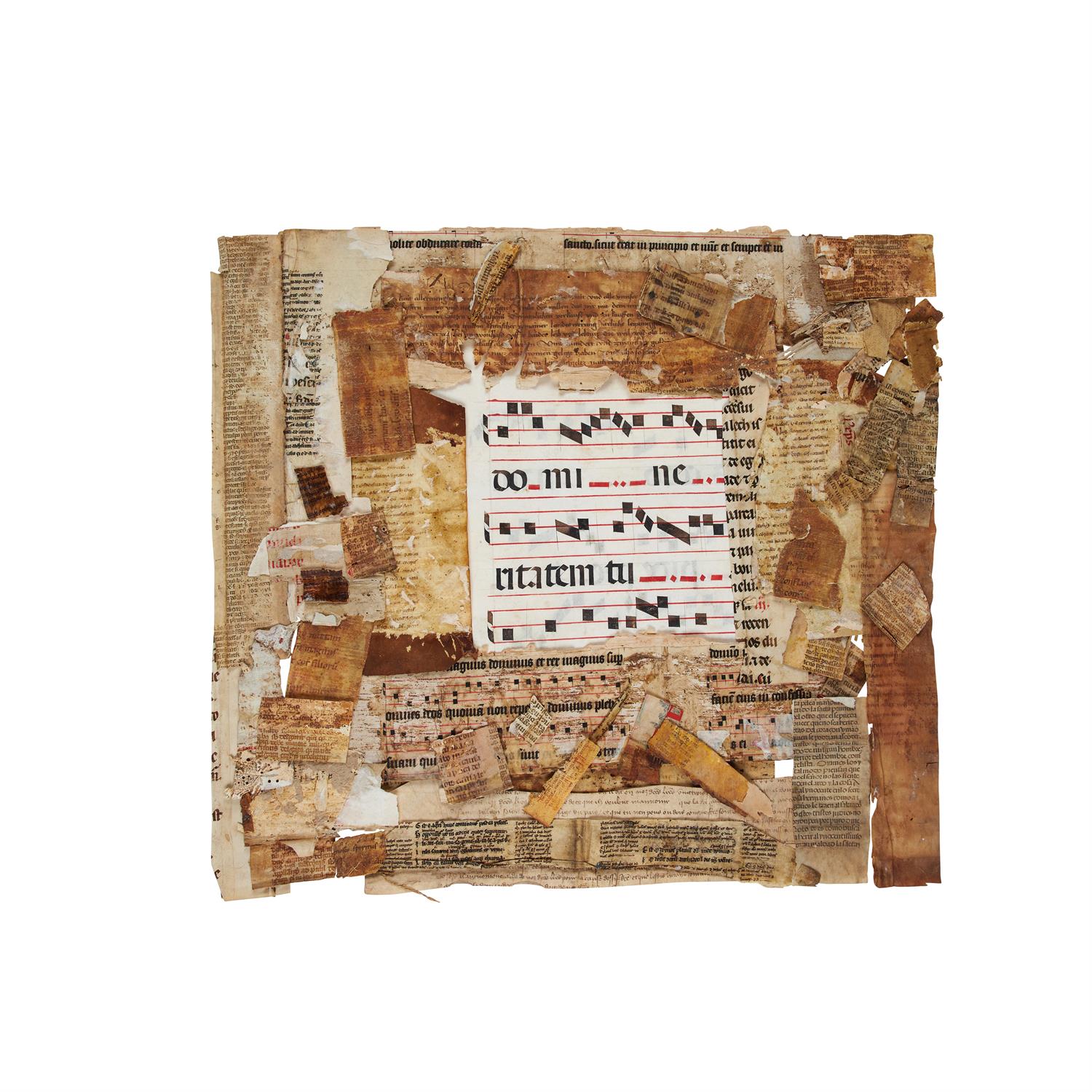 A small teaching collection of fragments 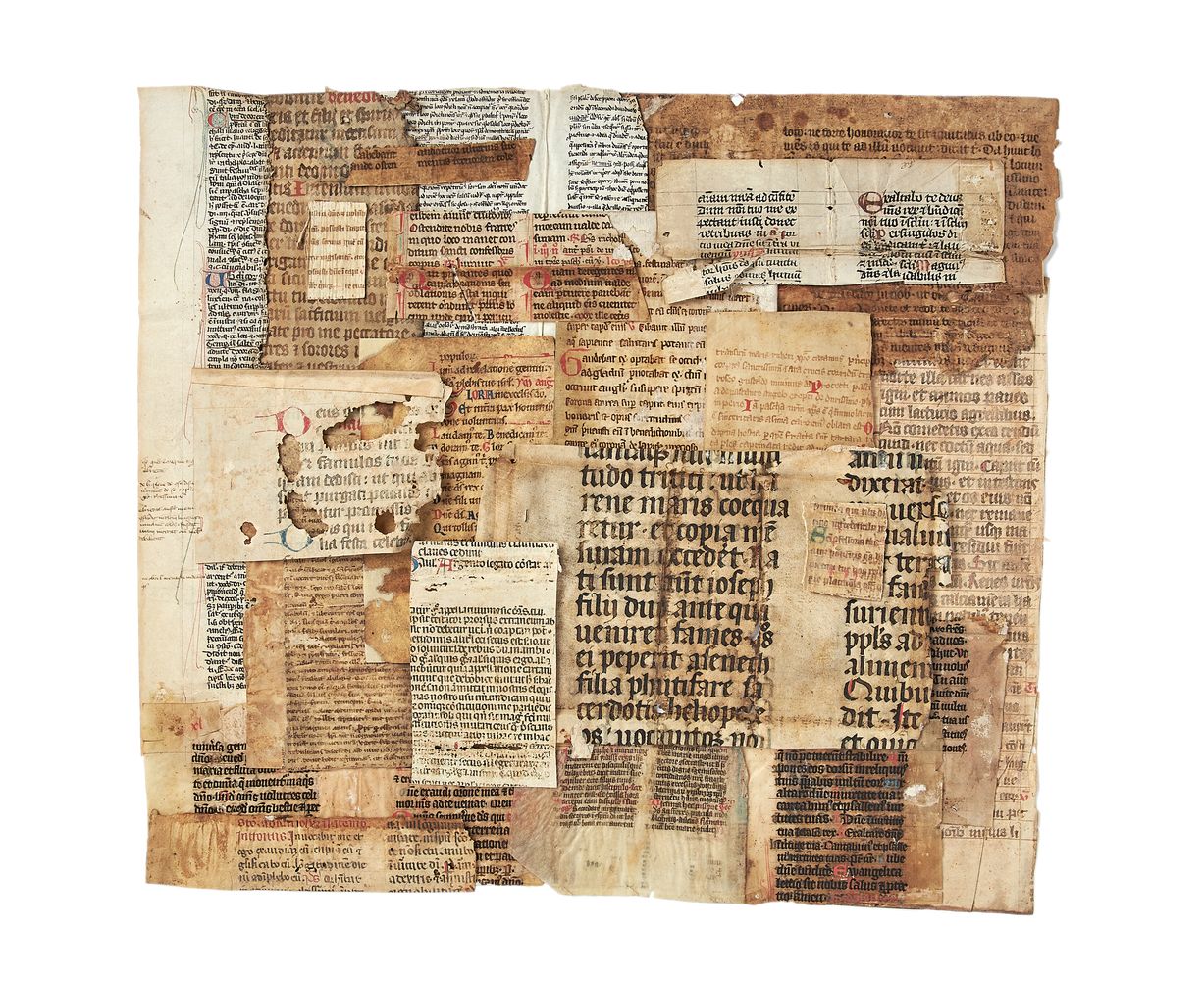 Teaching collection of fragments of medi

Large Collection of Books, Booklets and

Large Collection of Letters and Rabbinic MANUSCRIPT] Collection of leaves and fra

Large Collections of Letter and Document 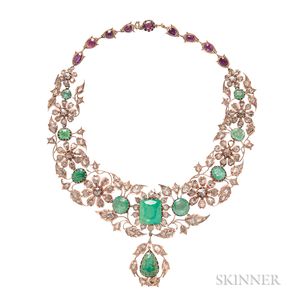 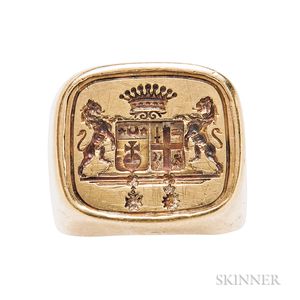 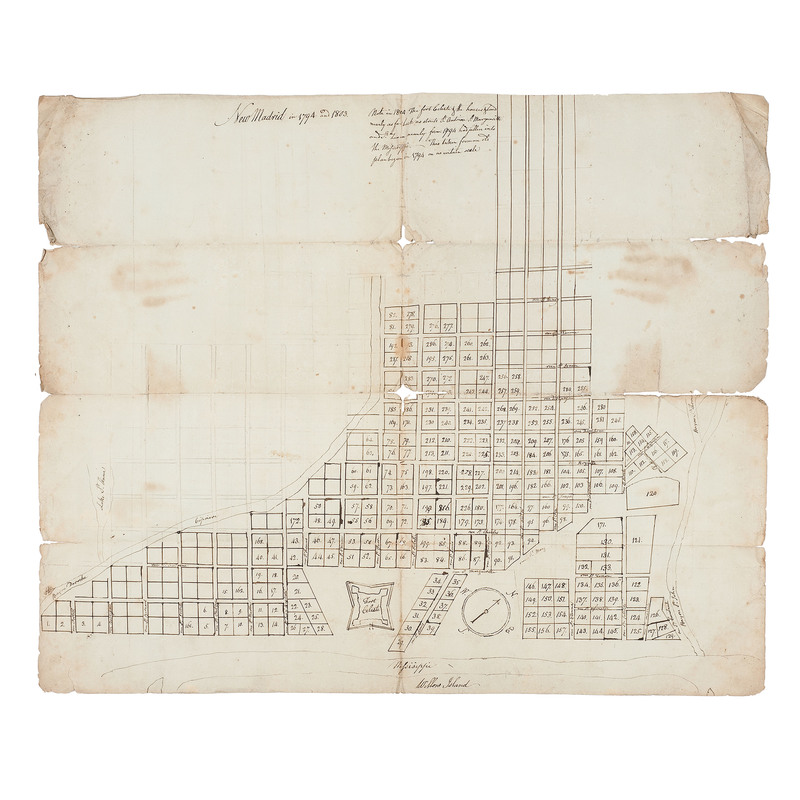 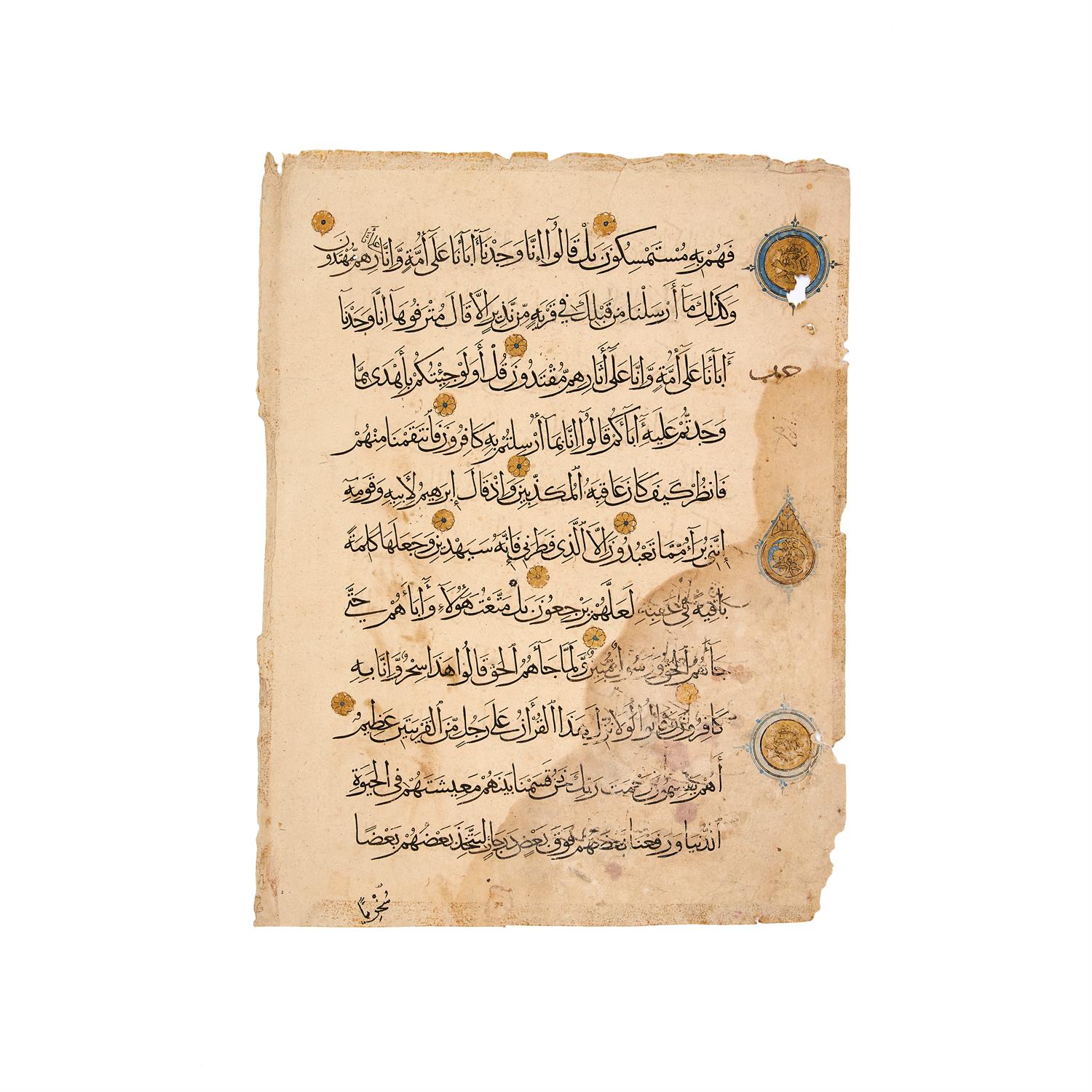 Group of Qur'anic leaves, manuscripts on

Archive of Letters of Rabbi Peritz of Ko A group of lace making equipment and a l