KEITH MILLER 1953 CORONATION TOUR 'ASHES' BAGGY GREEN TEST CAP , green wool, coat-of-arms in coloured silk with year below, Farmer's Sydney label inscribed in ink 'K. Miller' Born in 1919 in Sunshine, Melbourne, Miller is considered one of cricket's greatest all-rounders. A charismatic, powerfully-built figure, he was explosive, unpredictable and could change the course of a game in one period of play, either by destroying the opposition bowling, or, with a few fierce overs, devastating the batting. He was one of the most exciting players to grace a cricket field, flicking his black mane of hair into place before his bowling run up, the epitome of the happy-go-lucky, swashbuckling Australian. He had played 50 games of Australian Rules football for St. Kilda, Victoria and NSW, but burst onto the cricket scene during a charity match at Lord's in 1943. Denis Compton said 'when he let the ball go, my hair nearly stood up on end'. Miller went through the war as a RAAF fighter-bomber pilot based at Norfolk. A plane crash caused a back injury which plagued him through his career. With Ray Lindwall he formed a magnificent opening bowling combination. He was fearless and outspoken with the cricket establishment and his brushes with Bradman are well-documented. He famously accused Bradman of taking the game too seriously. His years spent in wartime England formed a special bond with the English. His many and close friendships with English cricketers led to his disgust with the relentless piling up of high scores against County teams during the 1948 tour and he would sometimes throw his wicket away. On the 1953 tour Australia was playing to retain the Ashes which they had recovered in 1934. Of the 5 tests, 4 were drawn in spite of Millers superb 109 in the second innings of the second Test at Lord's. England won the deciding Test and the 'Ashes' after almost 20 years. Miller's 55 Tests, in a first-class career lasting from 1939-1959, included 7 centuries, 170 wickets and 38 catches. He had also captained Australia in part of the First Test of 1955 at Kingston, Jamaica, when Ian Johnson was ill. His batting action photograph decorated Robert Menzies's office in Canberra. He was awarded the M.B.E. in 1956 and became one of the first elected to the Australian Cricket Hall of Fame at the MCG in 1996. 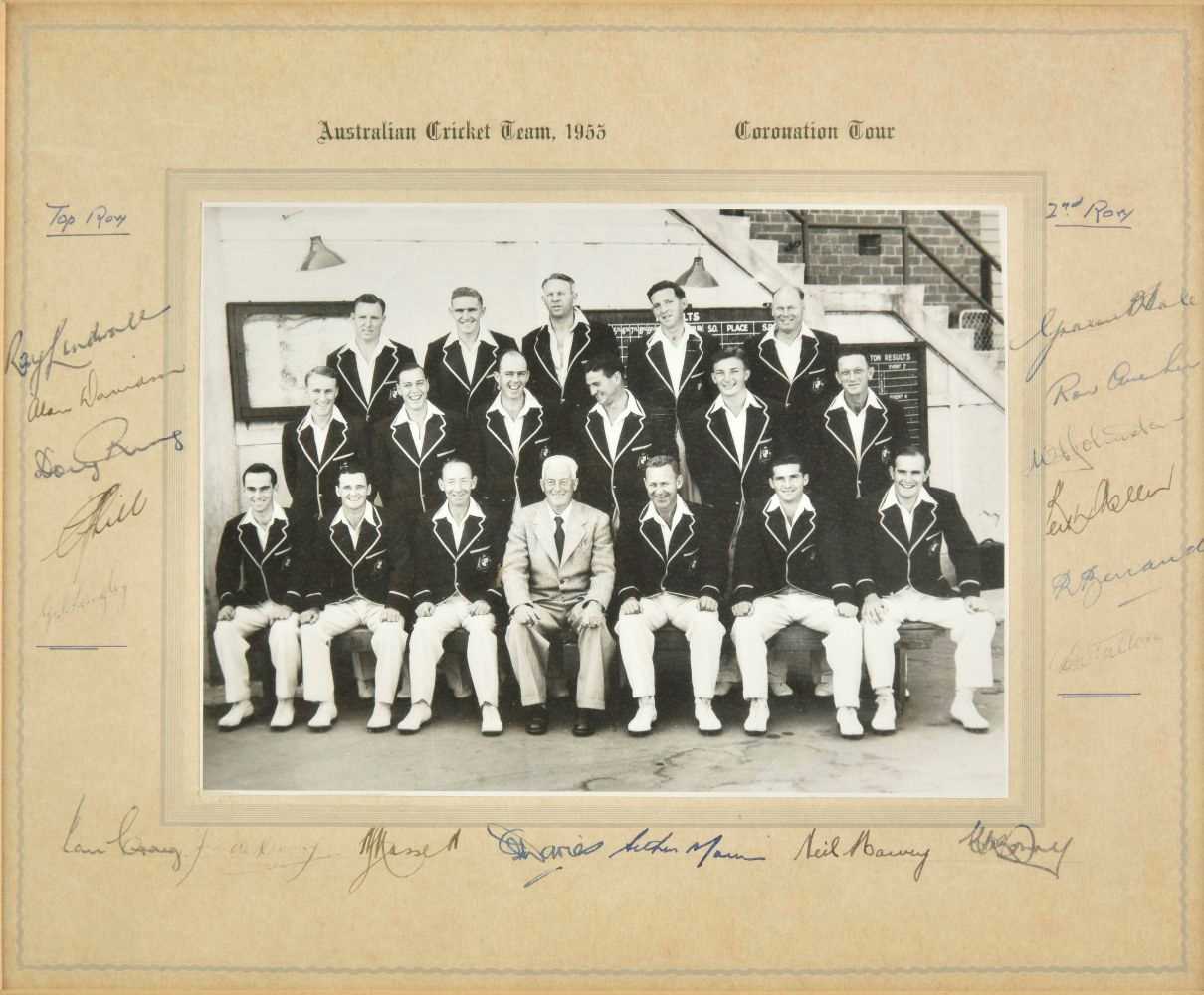