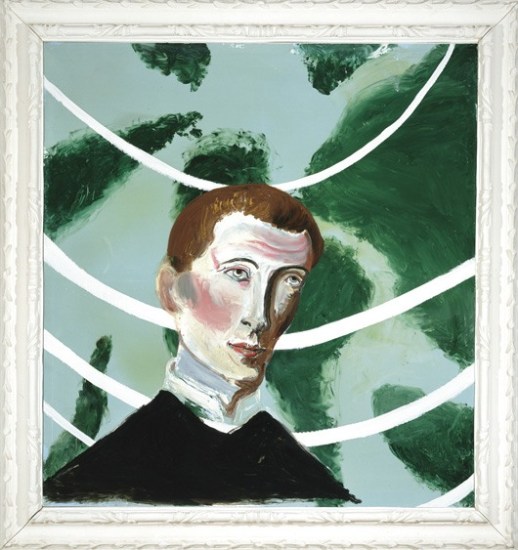 Julian Schnabel Untitled (911 Painting) 2001 Oil and resin on canvas in artist’s wooden frame. Canvas: 90 x 84 in. (228.6 x 213.4 cm); framed: 108 x 96 in. (274.3 x 243.8 cm). Signed, titled and dated “911 Julian Schnabel 2001” on the overlap.
Provenance Gagosian Gallery, New York Catalogue Essay As a quintessentially “NewYork” artist, and, perhaps even more importantly,a longtime downtown Manhattan resident, it is reasonable to imagine JulianSchnabel being deeply affected by the events of September 11, 2001.The columns of smoke seared into an entire nation’s collective memory, infact, would have been clearly visible from the roof of hisWestVillage homeand studio, even standing only 3 stories high as it did then, prior to thecompletion of its 11 floor addition earlier this year. Appearing to risevertiginously up and away from the central figure in the present lot, thegreenish pillar shapes can be read both as afterimages of the fallen towersthemselves and as representations of the clouds of soot and ash that havecome to emblemize our visual experience of that day’s events. Dressed inecclesiastical-seeming garb, the figure’s gaze is cast skyward, the effect ofwhich is emphasized further by the up-curving parabolas of lighter colorbanding the background. The indeterminate facial expression present,however, leaves open to interpretation whether the work was intended asmemoriam or cathartic reaction by the artist, or some combination of thetwo. Schnabel’s association with downtown Manhattan—the artist could becharacterized as presently personifying of the now otherwise largelydeceased or departed grandiloquent artist-auteur icons of the 1980’s—is permanently fixed, and his is an important contribution to the process ofthe artistic excavation of September 11’s legacy.“Schnabel slips into all of his pictorial works mythical, religious and privateimages and symbols tied up with his own individual history but also withthe history of art and culture which I generally see as a celebration, asa way of embracing a culture rather than a quest for any sense of identity.His works swing in extraordinary fashion between abstraction andrepresentational art, between all-over and definition of space, betweenpainted landscapes that are quite frenzied and others that are so serene,between concealment and visibility. Schnabel represents a new subjectivity,bringing together the conceptual impetus with the pleasure of a manualtask as he makes use of all the instruments of expression and all thepossible languages,” (Maria de Corral, “Painting in Seduction”, taken fromM. Hollein, ed., Julian Schnabel Pinturas / Paintings 1978 - 2003, Madrid,2004, p. 142). Read More 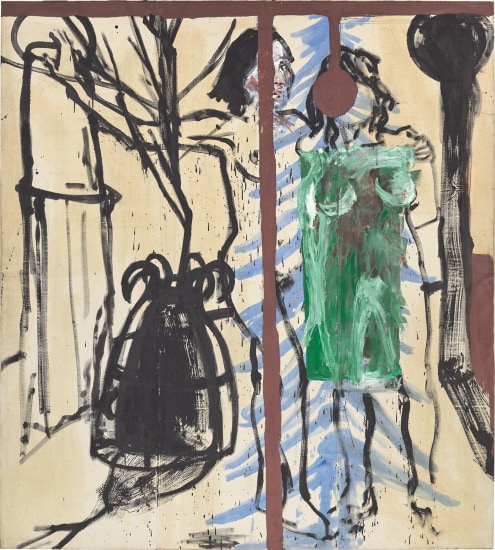 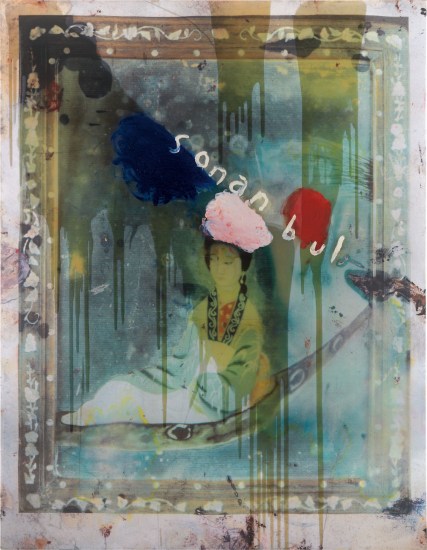 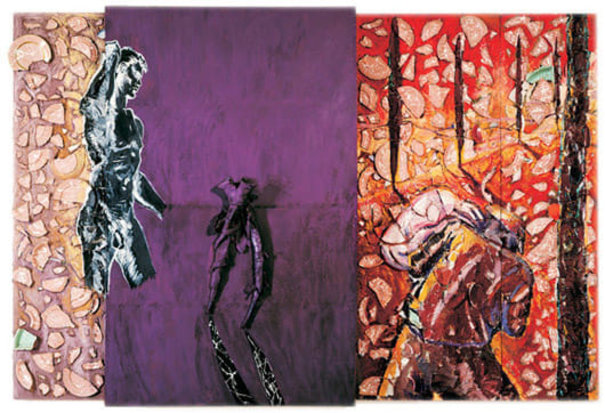 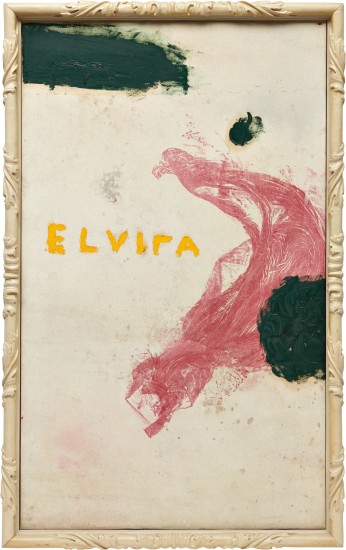 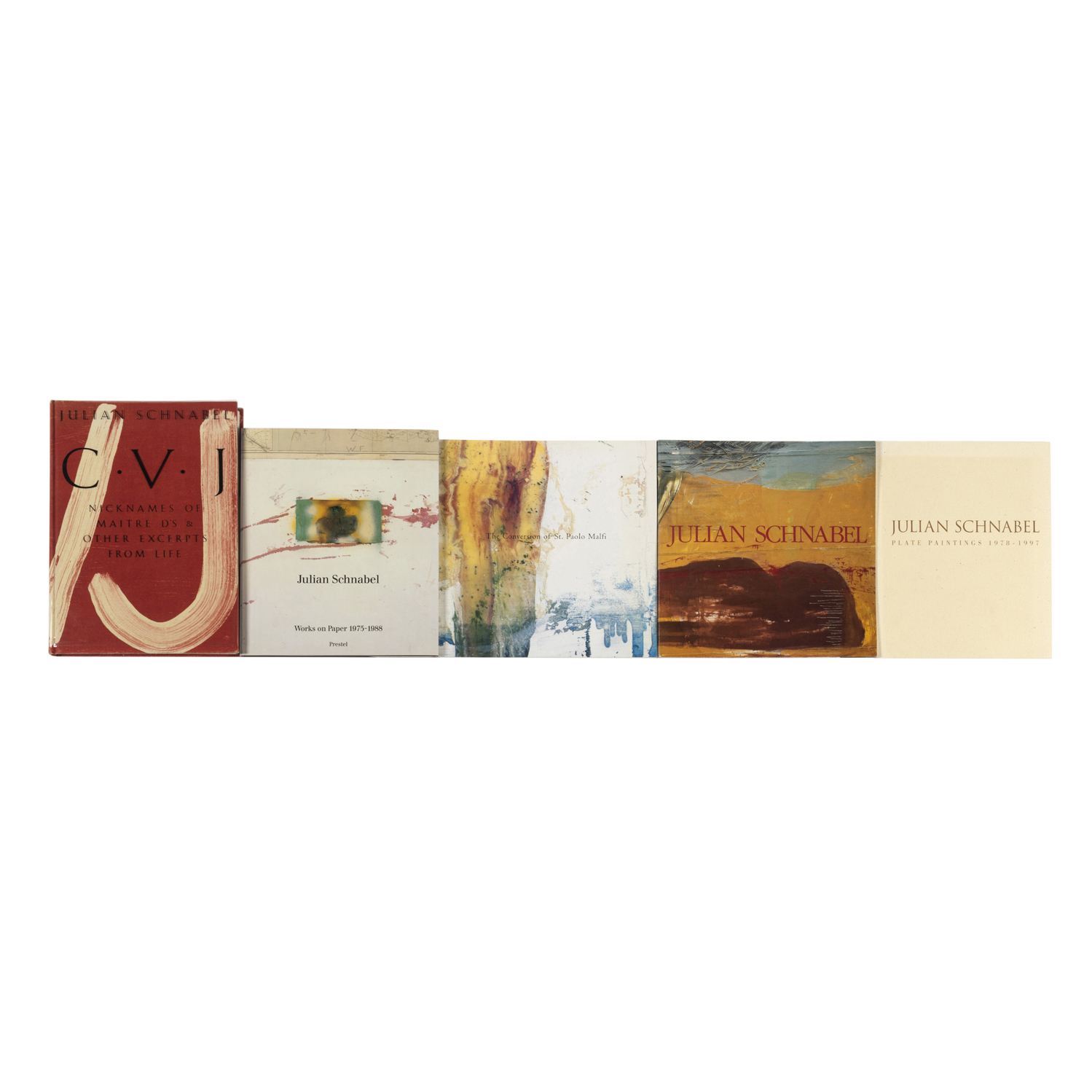 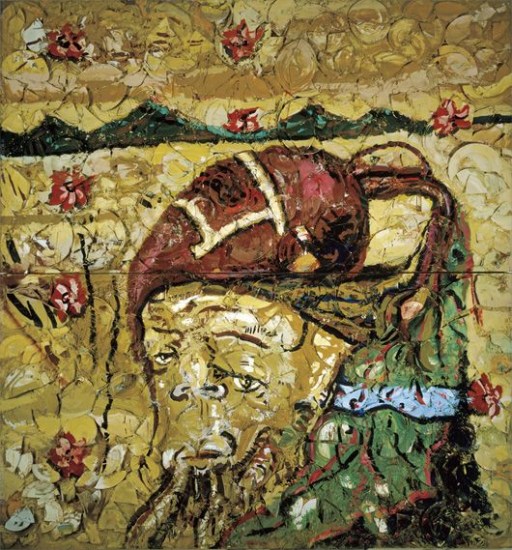 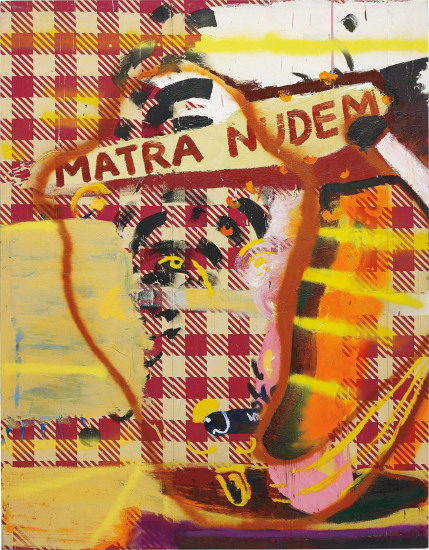 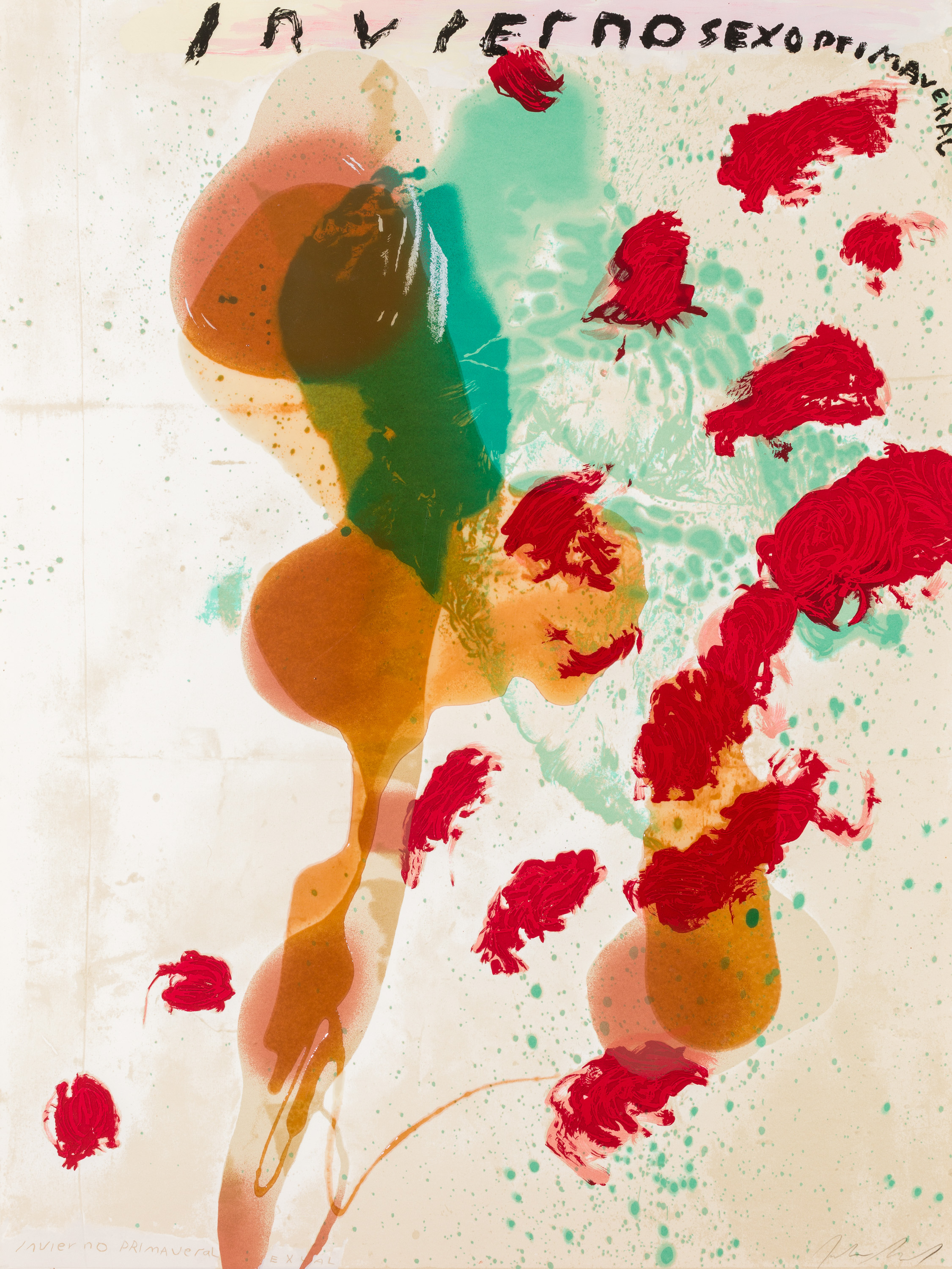 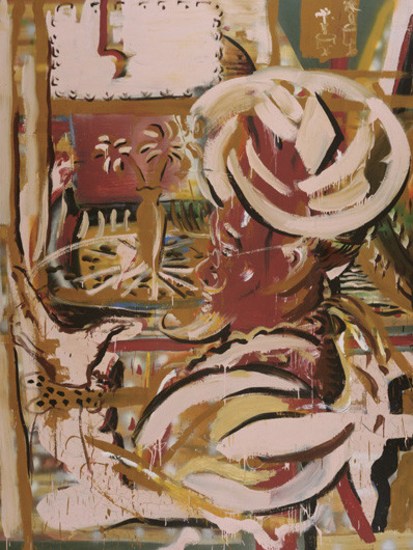 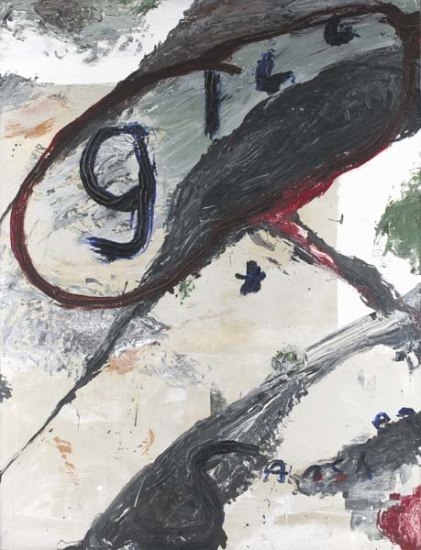