John Cheere: A pair of rare lead figures of ...

John Cheere A pair of rare lead figures of Harlequin and Columbine, early 18th century, on later composition stone plinths, repairs and losses, the Harlequin 124cm.; 49ins high overall, The 18th Century was the golden era of lead statuary. The leading makers, John van Nost the elder and younger, together with John Cheere and Andrew Carpenter all had yards centred around Hyde Park Corner in London. A fair proportion of the statuary was either directly after the Antique, or classical in subject. Also popular, however, were subjects of a pastoral or more exotic nature., Although a firm attribution on this rare pair of figures is difficult to make, J.T. Smith in, Streets of London a contemporary account written in the mid 18th century gives the following description of John Cheere’s yard: “The figures were cast in lead as large as life and frequently painted with an intention to resemble nature. They consisted of Punch, Harlequin, Columbine and other pantomimical characters”. , The characters of Harlequin and Columbine developed in England between the 17th and mid-19th centuries. Originally a slapstick adaptation of the Commedia dell’arte, which originated in Italy, the story of the Harlequinade revolves around a comic incident in the lives of its five main characters: Harlequin, who loves Columbine, her greedy father Pantaloon, who tries to separate the lovers in league with the mischievous Clown, and the servant, Pierrot, often involving a chase scene with a policeman. , In the early 18th Century, puppet theatres, with the English interpretation of Commedia dell’Arte characters such as Punch and Judy as well as Harlequin and Columbine, were very popular. Perhaps the most well known was Martin Powell’s, attracting sizeable crowds to his puppet theatre at Covent Garden. Given the close proximity to Hyde Park Corner it is more than likely that it was here that John Cheere would have encountered the characters of Harlequin and Columbine. , He has dressed them typically with Columbine as a serving girl in hat and skirt, whilst the moustachioed Harlequin is wearing and mask and hat which he is doffing to Columbine as part of his courtship. Both of their costumes are patterned with the distinctive coloured lozenges associated with their characters., ,

† After John Cheere: A pair of lead musi

After John Cheere: A pair of bronze figu

After John Cheere: A pair of bronze figu

A PAIR OF RECONSTITUTED STONE FIGURES OF

A pair of lead rustics in the manner of

A PAIR OF LEAD ALLEGORICAL GROUPS 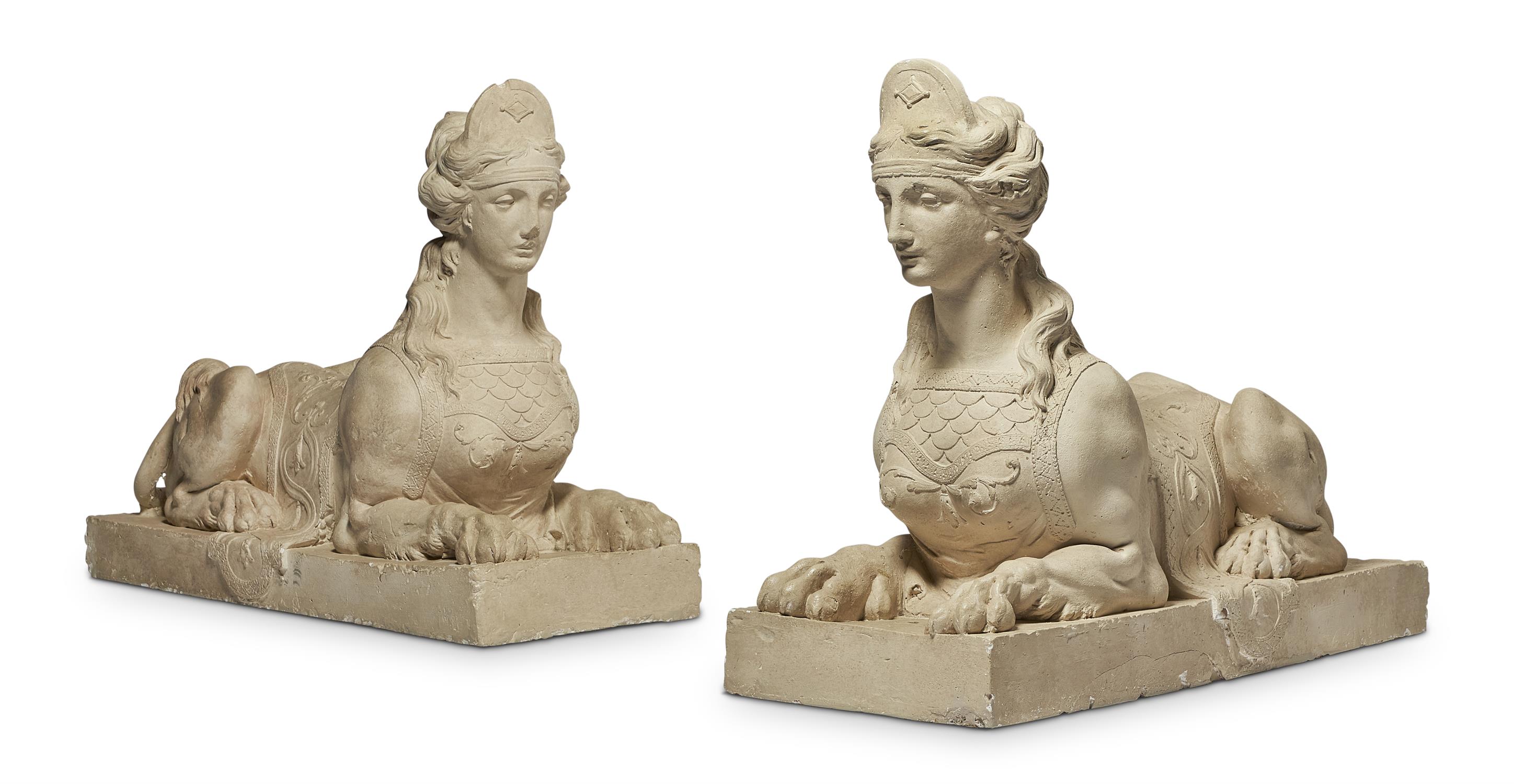 A PAIR OF PAINTED PLASTER MODELS OF SPHI

A PAIR OF PAINTED PLASTER MODELS OF SPHI

A pair of lead figures

A PAIR OF CONTINENTAL LEAD FIGURES OF PE