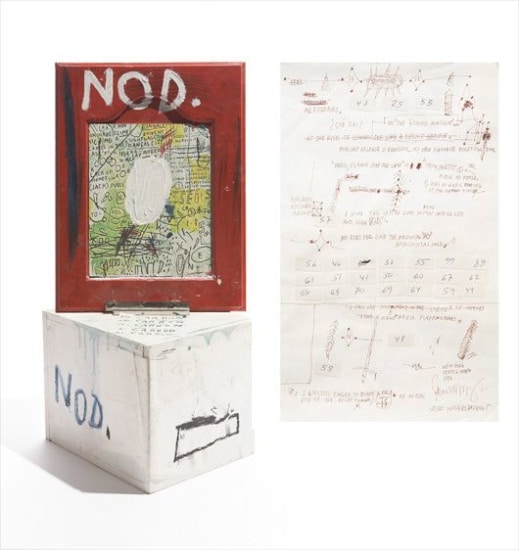 Jean-Michel Basquiat Two works: Nod and Untitled 1986 Acrylic, oilstick, nails, metal hardware and Xerox paper collage on wood and ink and paper collage on paper. 25 1/2 x 14 1/4 x 11 in. (64.8 x 36.2 x 27.9 cm) and 13 7/8 x 8 1/2 in. (35.2 x 21.6 cm). (i) signed and dated “Jean-Michel Basquiat 86” on the reverse of box and (ii) signed and dated “Jean Michel Basquiat Sept 16 or 18th 1986” lower right. (ii) is accompanied by a color Xerox signed “Jean-Michel Basquiat” on the reverse.
Provenance William S. Burroughs, Lawrence (Kansas); Estate of William S. Burroughs, Lawrence (Kansas); Private collection, New York Exhibited Los Angeles County Museum of Art, Ports of Entry: William S. Burroughs and the Arts, July - October 1996 Literature R. Sobieszek, W.S. Burroughs, Ports of Entry: William S. Burroughs and the Arts, 1996, p. 143 (illustrated); Galerie Enrico Navarra, ed., Jean-Michel Basquiat, Paris, 2000, pp. 252-253 (illustrated) Catalogue Essay The artist-rebel of his time, Jean-Michel Basquiat is one of the most influential figures within post-war 20th Century art. He had the exceptional ability to create a work imbued with personal history and cultural legacy, culminating in a visceral sculptural display of magnificence. His work is charged with an identity that requires viewers to move about a piece and examine its every angle, offering an active experience instead of observed passivity. By forcing the observer to move around the work, Basquiat establishes a visual and structural play on the idea of semiotics—where the signifier and the signified enter a reciprocal relationship, making one reliant on the other, yet completely dependant on the experience of the work itself. Through the power of words and symbols, both pure and abstract, he referenced the Native American culture, the African Diaspora, and the New York Punk music generation, an unparalleled synthesis of image, text, and meaning. Much of Basquiat’s inspiration lies with the founder of the Beat Generation, William S. Burroughs, the radical and unconventional genius of the post-modern world. Burroughs was greatly respected by the culture which roamed the East Village in the 80s, his antiestablishment standing striking a cord with those exploring an unimagined future as fiercely independent individuals. The present lot, Nod, 1986, a commanding sculptural piece with an accompanying work on paper, Untitled, 1986, is a kind of homage from Basquiat to Burroughs. The source of the title is threefold: it is first a biblical reference to the dwelling place of Cain, the original outsider in the history of man. “And Cain (following the treacherous murder of his brother Abel) went out from the presence of the Lord, and dwelt in the land of Nod, on the east of Eden.” (Genesis 4:15-16, King James Version.). Second, “Nod” is the Hebrew root of the verb “to wander,” the peripatetic lifestyle of Cain. And lastly “Nod” is also the state of heroin or opioid intoxication referred to as “being in the land of Nod” characterized by the “nodding off” into a different world. The three foundations of the title summarize the kinship between these two geniuses; both lived much of their lives as outcasts from society, were constant wanderers of innovation, and finally both men turned to drugs in their pursuit of an alternative world. Nod and Untitled serve as an emblem to this kinship, forever uniting the two men in a monumental and omnipresent work, affirming the powerful affect each had on each other’s lives. Read More 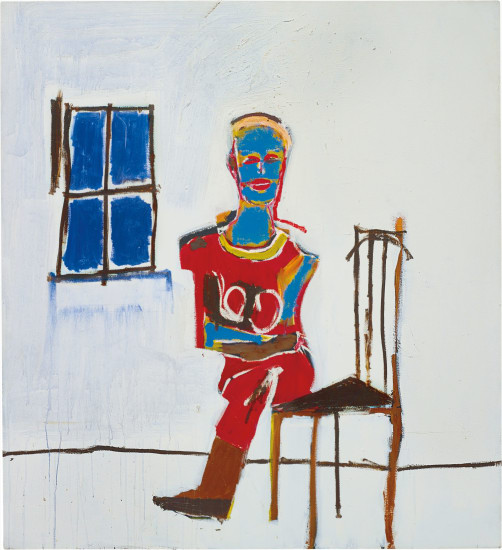 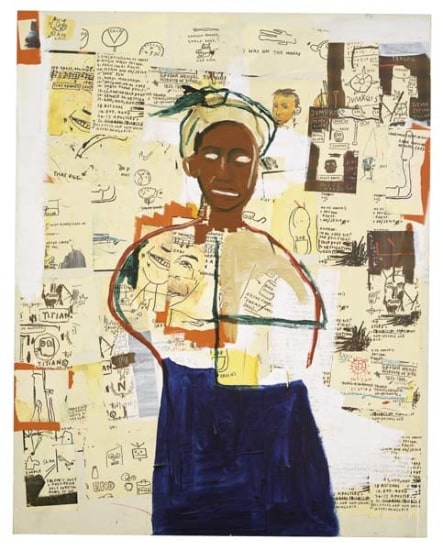 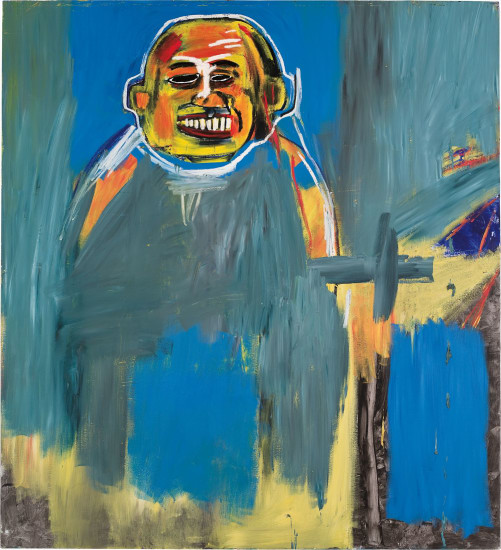