JARDINE, William (1800-1874) and Prideaux John SELBY (1788-1867). Illustrations of Ornithology . Edinburgh: W.H. Lizars, London: Longman, Rees, Orme, Brown, and Green and S. Highley, and Dublin: W. Curry Junior & Co., [1826-1835]. First series, consisting of 10 parts bound in 3 volumes, 4 o (315 x 219 mm). Engraved titles. 154 etched plates in colored and plain states by Jardine, W.H. Lizars, and Selby after Jardine, Edward Lear, Robert Mitford, Selby, and James Stewart, colored by or under the direction of Patrick Syme, some heightened with gum arabic. (Scattered spotting, soiling and wear throughout.) Contemporary quarter morocco (covers of vol. II detached, very worn). Provenance : Charles Hely (bookplate); Alan Francis Brooke (bookplate). FIRST EDITION OF THIS "CELEBRATED WORK" (Wood). Illustrations of Ornithology drew on Jardine and Selby's wide range of contacts to illustrate and describe a wide range of species, many appearing here for the first time. Skins of some of the species described were supplied by correspondents in Australia, Madeira, India and Africa, but the authors also drew on collections in Britain, as George T. Fox notes in his Synopsis of the Newcastle Museum: "Selby and Jardine in their projected Illustrations of Ornithology intend to figure and describe in the first place all the new species which at present lie hid in the collections of this country for which purpose the British Museum, that of the University of Edinburgh, of the Linnean Society and of the East India Company have been liberally thrown open to them." The work was issued in two series; the first series (i.e. the present set) comprised 10 parts, published between 1826 and 1835, when it was terminated because, according to Jardine and Selby's "Note" at the end of volume III, "Some of our co-operators hav[e] expressed a desire to be freed from their connection with these Illustrations," and a new series of nine parts was issued between 1837 and 1843. Anker 222 (parts 1-10 and 1-9); BM(NH) II, p.927 (parts 1-10); Fine Bird Books (1990) p.108 (parts 1-10 and 1-9); Nissen IVB 472 (parts 1-10 and 1-9); Wood p.405 (parts 1-10 and 1-9); Zimmer pp.322-324 (parts 1-10 and 1-9). Sold as a collection of plates, not subject to return. (3) 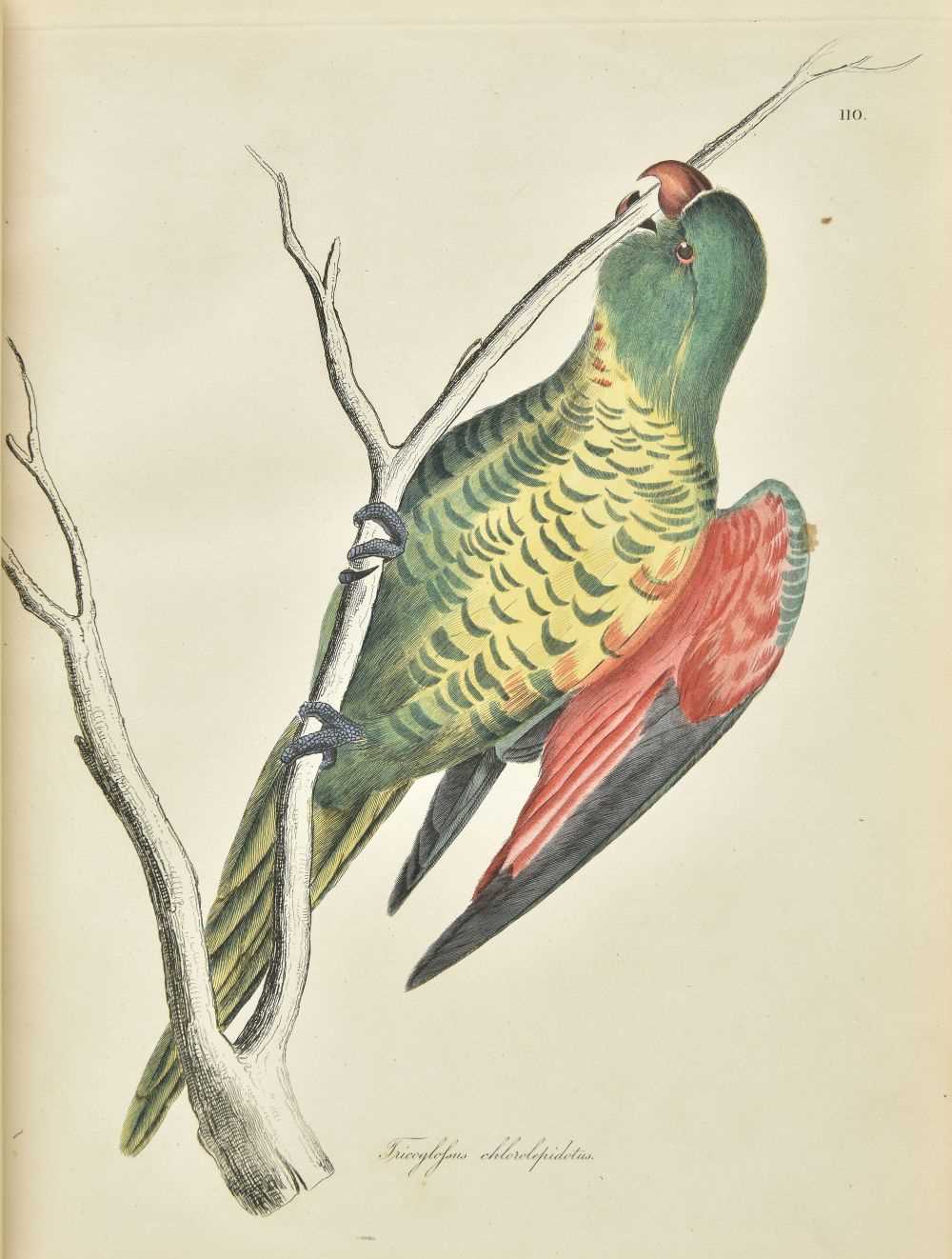 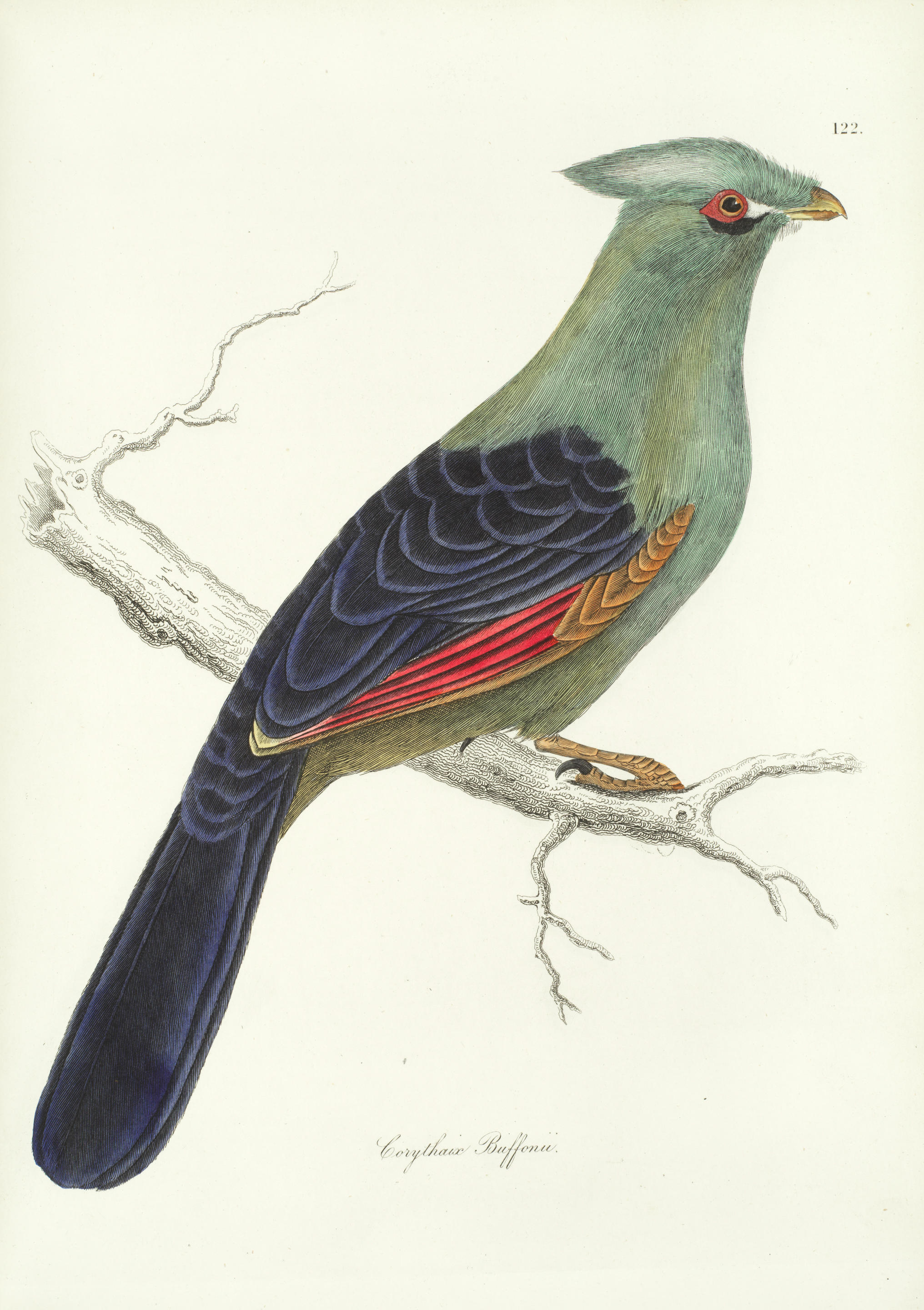