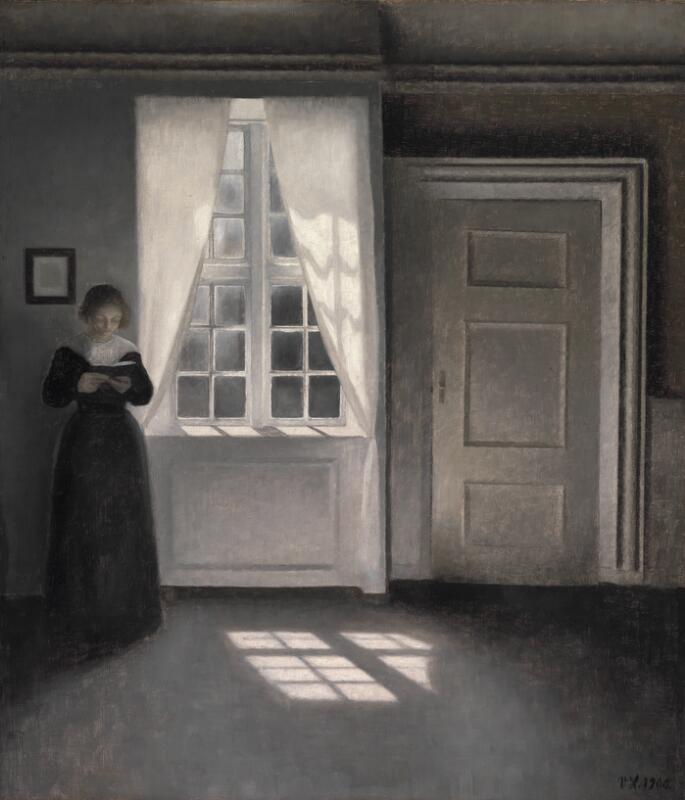 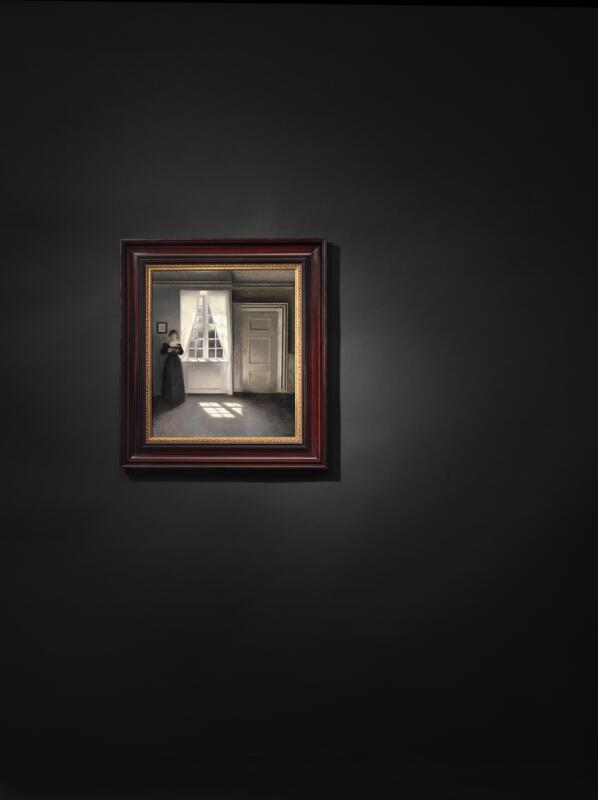 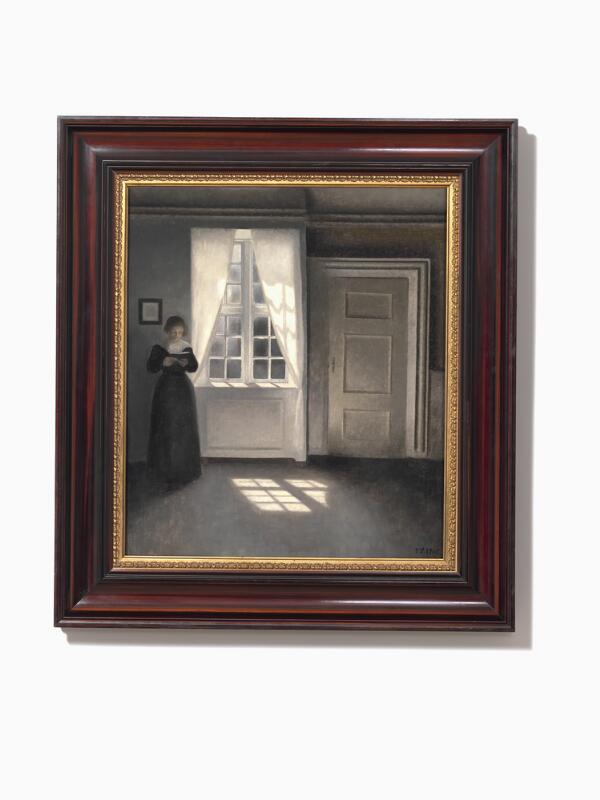 Interior, Strandgade 30. Signed and dated V. H. 1900. Oil on canvas. 52×45 cm. Inscribed on the stretcher: “Til Anny til Minde om Havnegade 15 3 Sal, 8–7-1909 24–7-1916 fra… [?]” (To Anny in memory of Havnegade 13, 3rd floor, 8–7-1909 24–7-1916 from … [?]) Susanne Meyer-Abich, A Catalogue Raisonnè of the Works of Vilhelm Hammershøi in “Vilhelm Hammershøi: Das Malerische Werk”, 1995, no. 190. Literature: Edvard Borneville, “Den grå revolution. Vilhelm Hammershøi og hans værk”, in Kunst vol. 7, no. 8, Copenhagen 1960, p. 199–204, mentioned p. 202, reproduced on the cover. Provenance: Broker Otto Martin Vieth and his wife Anny (born Dahlgren), their estate auction, Bruun Rasmussen 115, 1960 no. 10. Kunsthallen auction 315, 1976 no. 78, reproduced p. 15. Here acquired by the present owner. More about the provenance: In the early 1900s, Vilhelm Hammershøi had achieved some degree of success, and he had no difficulty selling his paintings. However, he increasingly preferred to sell to a few trusted art dealers. Among them was Otto Lemming (1860–1906), who conducted his business on Bredgade and Østerbrogade in Copenhagen. According to Hammershøi’s mother, Frederikke Hammershøi, Lemming purchased seven of the painter’s interiors just in the year 1900 and one more the following year. The painting here was undoubtedly among these paintings since it carries Lemming’s easily recognizable label. But Lemming must have bought more than these eight paintings, because during the years 1900–03 he could report the sale of twelve of Hammershøi’s interior paintings to the press. Among the works sold was a painting entitled Formiddagssol (Morning Sun), which Lemming sold in July 1901. This painting may well be identical to the painting now up for auction. When Hammershøi’s most eager supporter and greatest collector, Alfred Bramsen, began to seriously register the painter’s works in connection with the memorial exhibition in 1916, it was no longer possible to obtain information about the paintings that Hammershøi had sold directly to art dealers around the turn of the century. Therefore, Bramsen was unable to include the interior paintings bought by Lemming in his large catalogue of Hammershøi’s works in 1918. Because of this, we cannot follow the path of this painting before it in 1916, or shortly thereafter, was given to Anny Margareta Eleonora Vieth, b. Dalgreen (1886–1959), the wife of stockbroker Otto Martin Vieth (1863–1946). The painting was probably given by a family member or close friend as a reminder to the couple of their previous apartment at Havnegade 15, where they lived from July 1909 to July 1916. (By Jesper Svenningsen MA and PhD in Art History. Jesper Svenningsen is currently working on a manuscript about the art trade and exhibition business in Copenhagen from 1870 to 1920). Read more
Condition report on request. Please contact: [email protected] 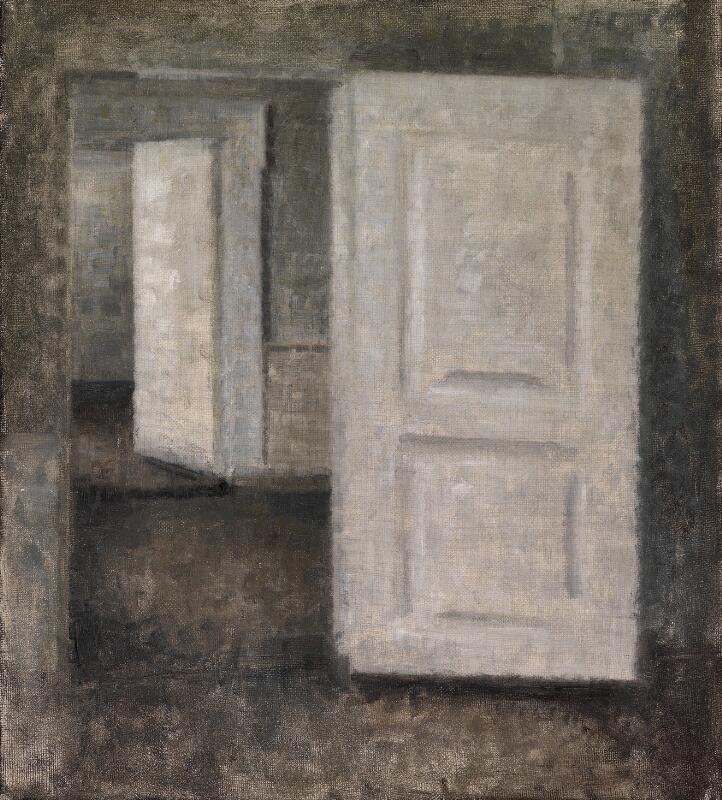 VILHELM HAMMERSHØI INTERIOR WITH WOMAN A