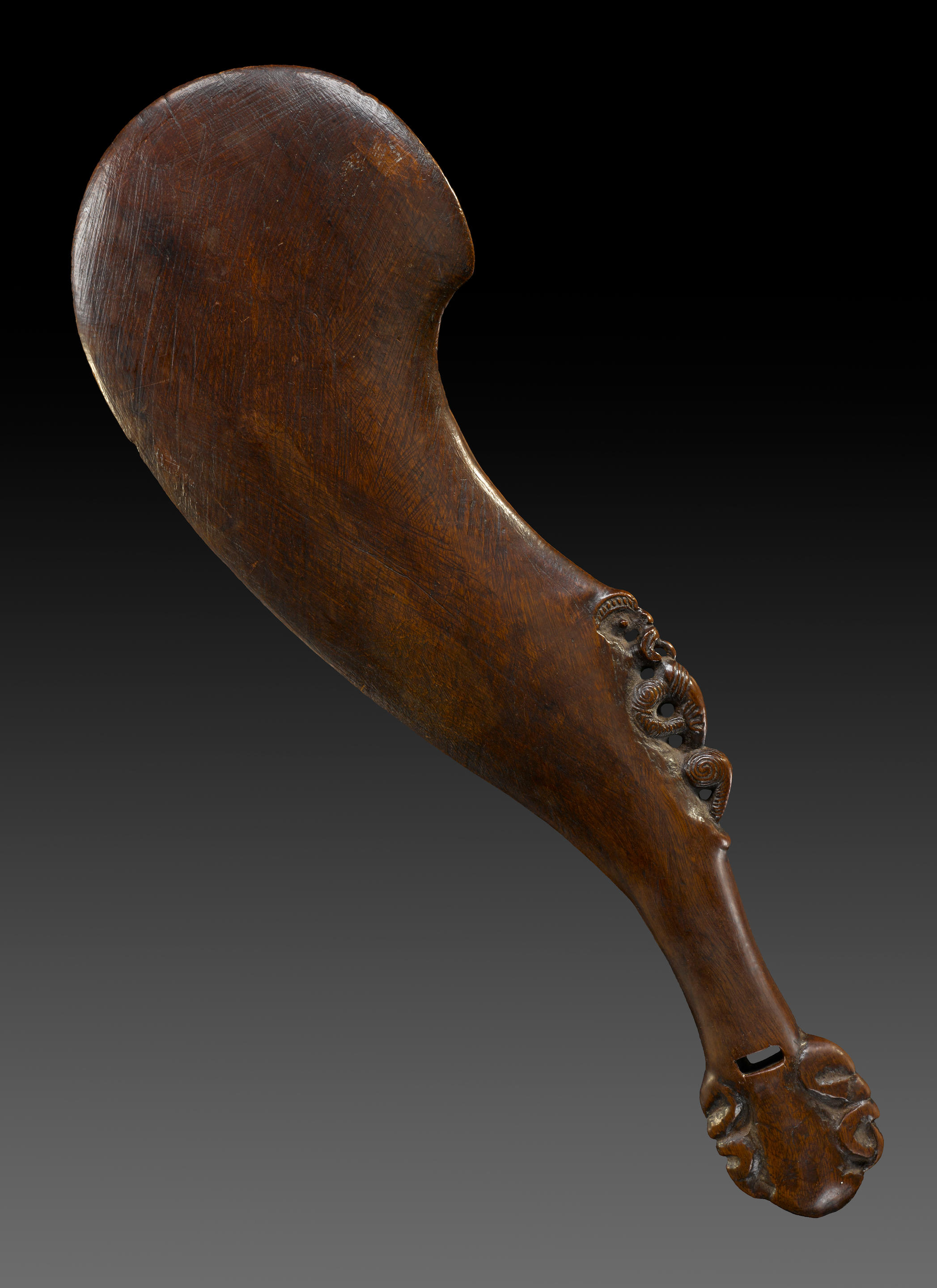 wahaika Wood length 17 3/4in (45.3cm) PROVENANCE James Hooper Collection, purchased in Kingston-upon-Thames, Surrey, 1948 Christie's, London, 12 June 1977, Lot 76 Private Collection, London PUBLISHED Phelps, Steven, "Art and Artefacts of the Pacific, Africa and the Americas: The James Hooper Collection", London, 1976, fig. 218 Mack, Charles, Polynesian Art at Auction, 1965-1980, Mack-Nasser, 1982, p 158, 159 (illustrated) According to Charle Mack (Wardwell 1994, p 218), 'This form of short club with the broad tongue-shaped blade is unique to New Zealand. Its name, wahaika, is literally translated as "fish mouth", a reference to the shape of the blade. Such clubs were used for combat and in dances, during which they were brandished in mock battles. In battle, they were employed in thrusting and jabbing motions, the end, not the sides, being the part that inflicted damage. They were also important elements of chiefly regalia that were carried in the belt when not held in the hand. Most have a human head carved below the handle [in the present work two] and a small reclining figure just above the handle on the inside of the blade. Both of these figures represent mythological ancestors (Simmons 1984, p. 188, no. 45). The hole at the base was for attachment of flax suspension cord that was looped around the writs. Several details of this club [as with the present work] indicate that is was made in the eighteenth century. All of the later examples have a small opening carved in the center of the outer blade that was used for the insertion of feathers. The detail is lacking from the wahaikas collected by Cook and his immediate followers (Kaeppler 1978, pp. 185-87). In addition, nineteenth-century carvings of the reclining figure are larger and ornamented with elaborate incised reliefs [as is the case with the work presented here]. The simplicity of both the carving and the head at the end further reinforces an eighteenth-century date for this [and the present] example (Mack 1982, p. 158).' Cf. Wardwell (1994, fig 88), also from the James Hooper Collection, no. 220. Finely stone-carved in classic form in large proportion with janus tiki faces on handle and an exquisite tiki with curvilinear designs and openwork carving above the handle, pierced through for attachment of cordage; fine dark-brown patina with wear indicative of significant age from most likely the 18th century or earlier. 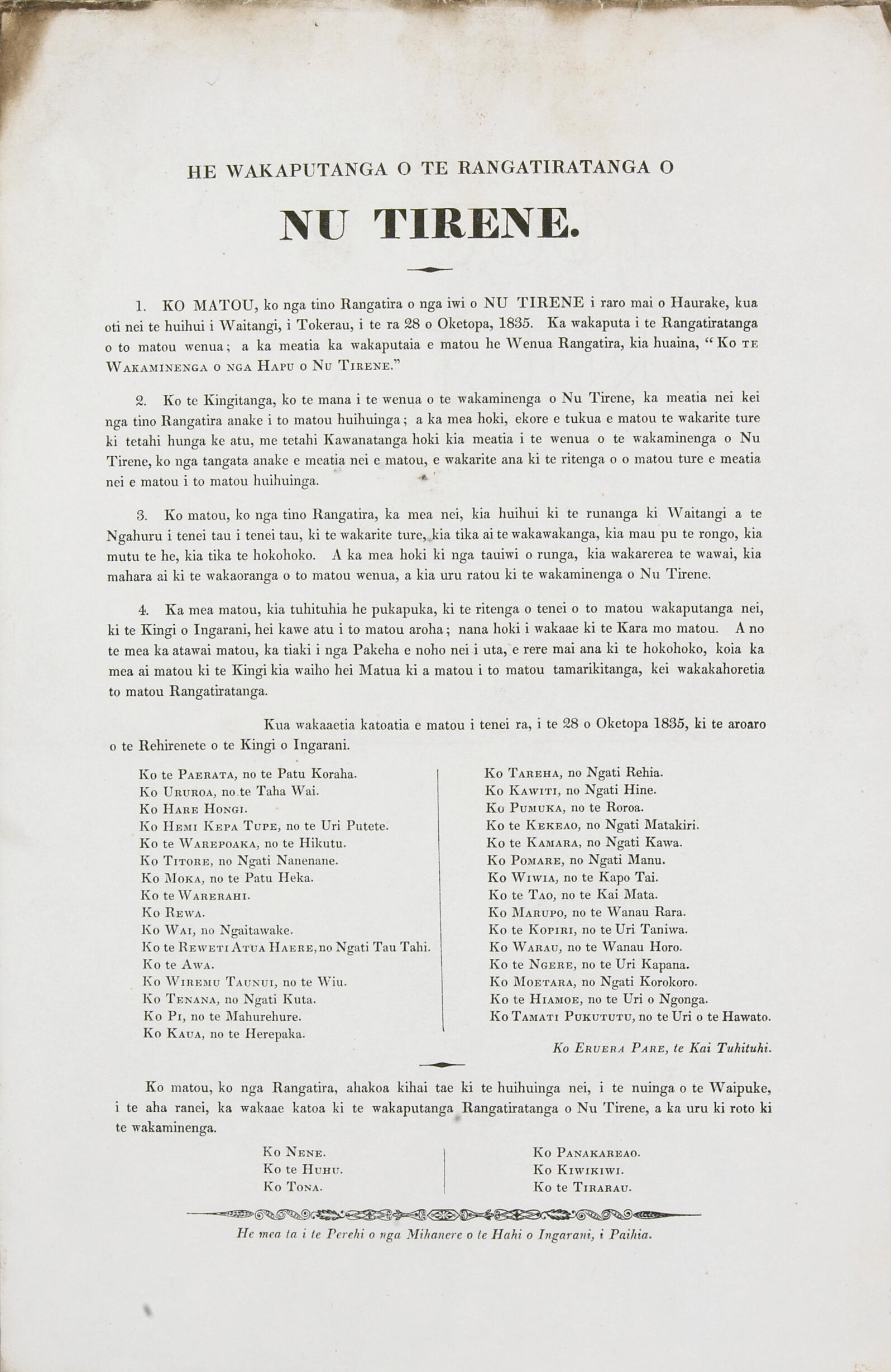 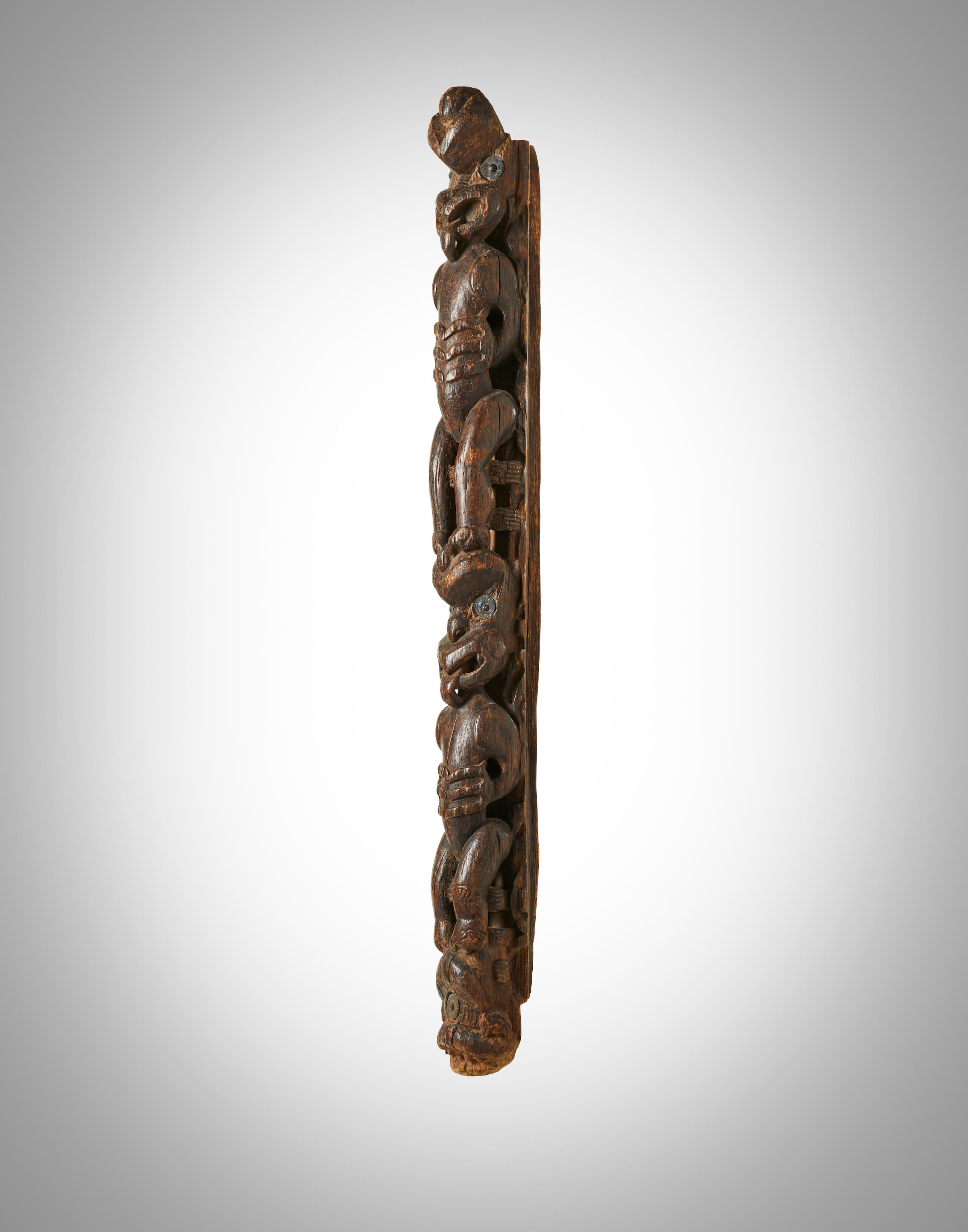 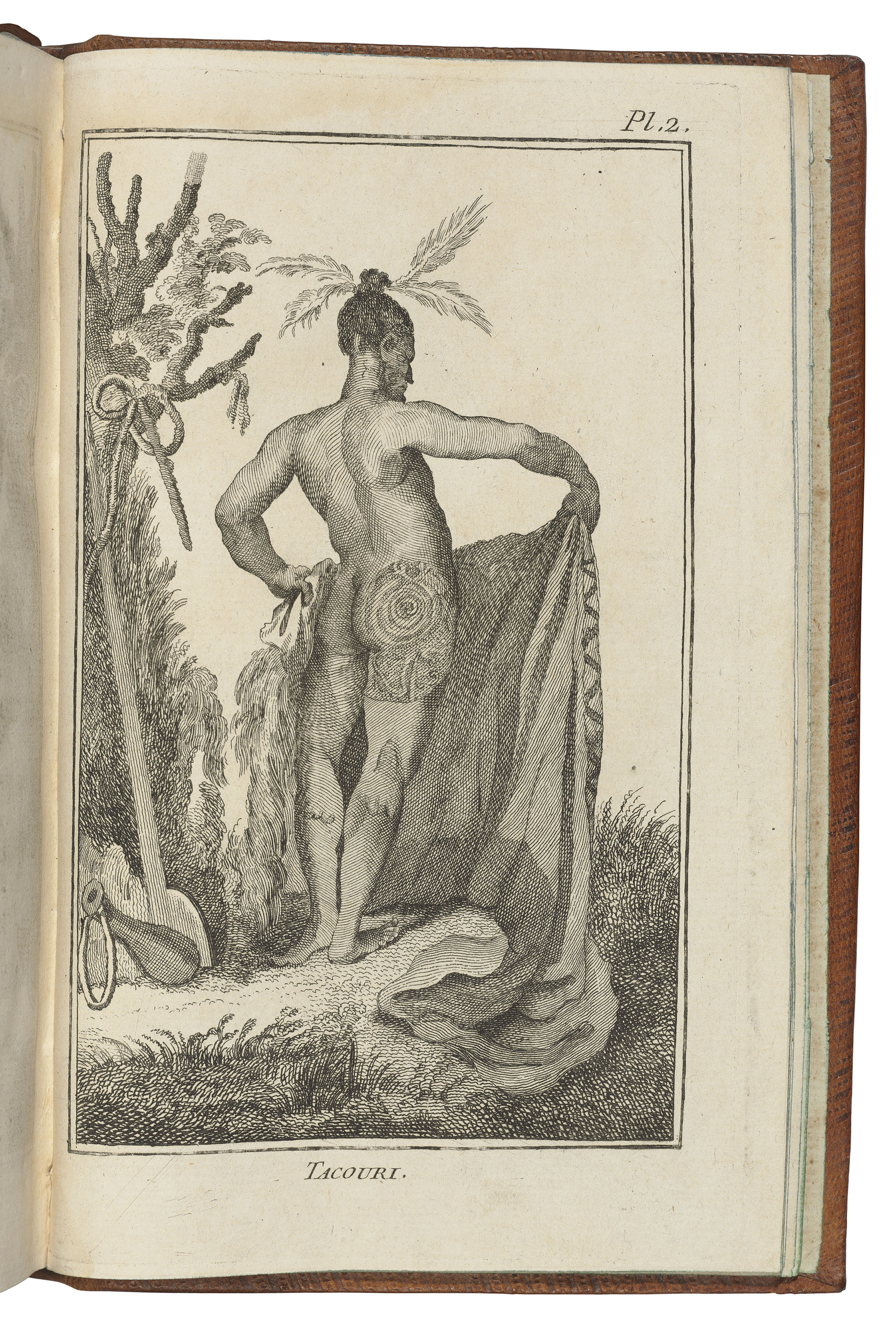 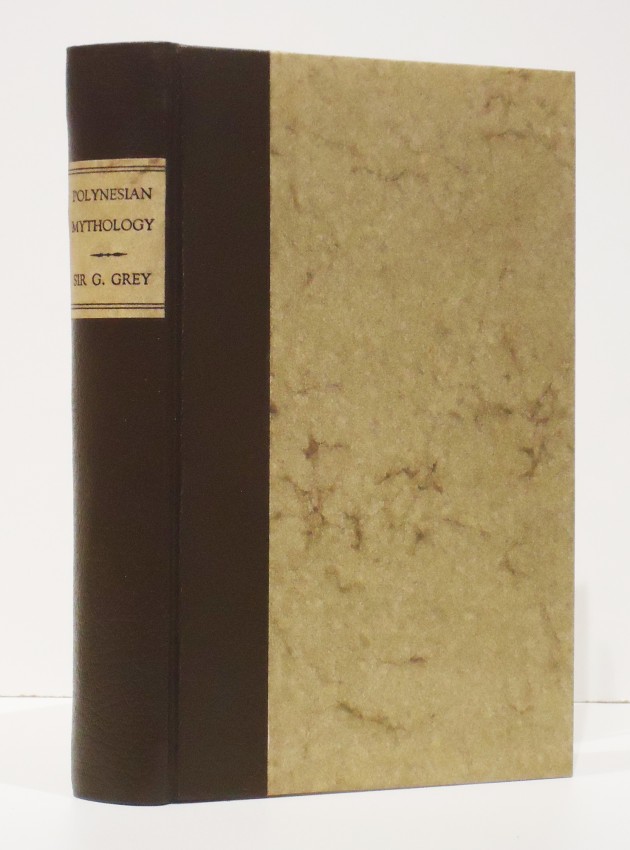