HOUGH, Romeyn Beck (1857-1924). The American Woods, exhibited by actual specimens and with copious explanatory text . Lowville, NY: By the Author, 1894-1928.
HOUGH, Romeyn Beck (1857-1924). The American Woods, exhibited by actual specimens and with copious explanatory text . Lowville, NY: By the Author, 1894-1928. 14 volumes, 8° (228 x 155 mm). Plates and illustrations. 1062 samples of wood, each wafer-thin transverse, radial and tangential sections illustrating 354 species, window-mounted in 354 card mounts. (Occasional natural cracking, slight splitting and warping to some samples, a few samples mounted within protective plastic slips.) Text bound in original printed wrappers, samples on card mounts unbound as issued, each text volume and accompanying sample cards loose within original green cloth covers, the covers in matching original cloth slipcases, with metal catches to slipcases (a few chips or nicks, some extremities lightly rubbed, discreet library marking or label on foot of each spine). A COMPLETE SET OF THIS REMARKABLE WORK ON AMERICAN WOOD: "ONE OF THE MOST MARVELLOUS AND ILLUSTRATIVE BOOKS EVER MADE" ( Art Education ) Second editions of parts 3, 4, 7, 9, and 10, third editions of parts 1, and 2, FIRST EDITIONS of the remaining. This unusual sample book was the lifetime work of Romeyn B. Hough, whose devotion to the study of American trees resulted in the production of this monumental publication and his best known work, Handbook of Trees of the Northern States and Canada . In the field of American dendrology, this later work became the standard reference, but the lavishly-produced American Woods provided a much larger and more unique record of American wood types. The age of these specimens gives them great importance from an ecological standpoint, but the work also has interest to students of American furniture and woodcrafts. Of equal significance is the fact that it would not be possible to reproduce the same range of woods today. Hough explained the unique nature of his work: it is "illustrated by actual specimens, and being in this way an exhibition of nature itself it possesses a peculiar and great interest never found in a press-printed book. The specimens are about 2 x 5 inches in size, and sufficiently thin to admit of examination in transmitted light ... Looked at in reflected light they appear as in the board or log ... These specimens are mounted in durable frame-like bristol-board pages, with black waterproofed surfaces ... and each bears printed in gold-bronze the technical name of the species and its English, German, French and Spanish names ... The woods used for the specimens are personally collected by the author ... and are sectioned and prepared by a process of his own device." Despite announcing that the work was to be completed in 15 volumes, neither the 14th or 15th volume appeared during Hough's lifetime. The very rare final 14th volume was issued in 1928 by Hough's daughter but is usually missing due to the long delay in its publication: only five complete sets are recorded as having sold at auction in the past 35 years. Its rarity can be gauged from the fact that Stafleu and Cowan record the work as being complete in 6 volumes. Since subscribers came and went during the 25 year production period, many only bought volumes on areas that were of interest to them. BM (NH) II, p.880; cf. Stafleu-Cowan TL2, p.341. 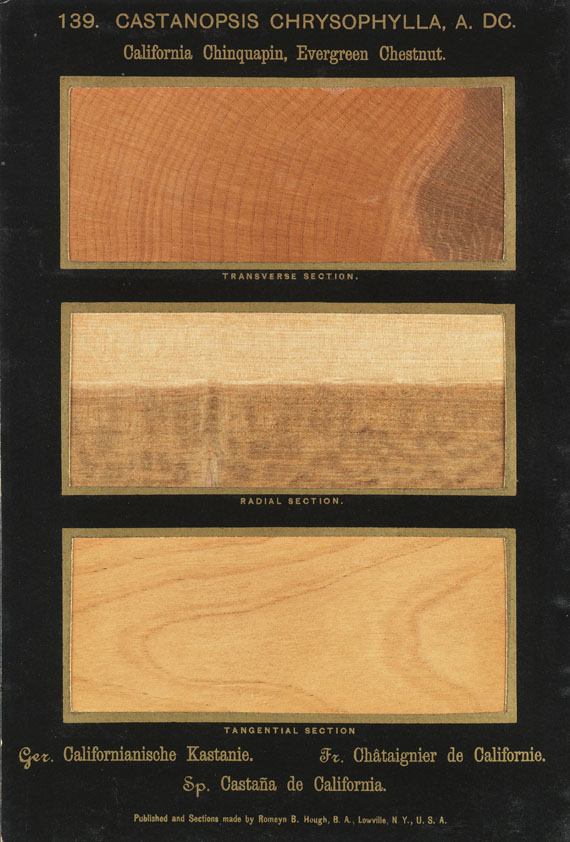 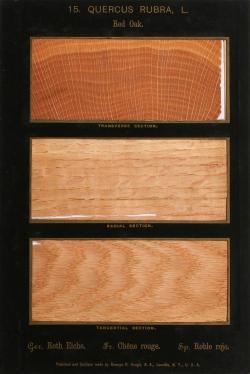 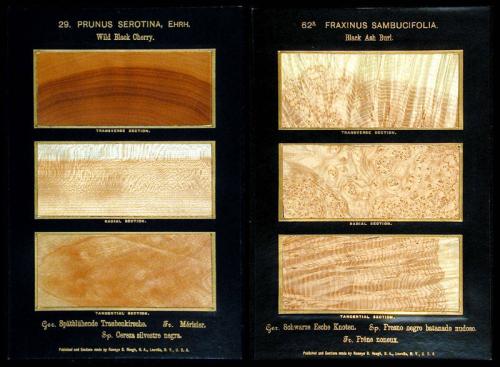 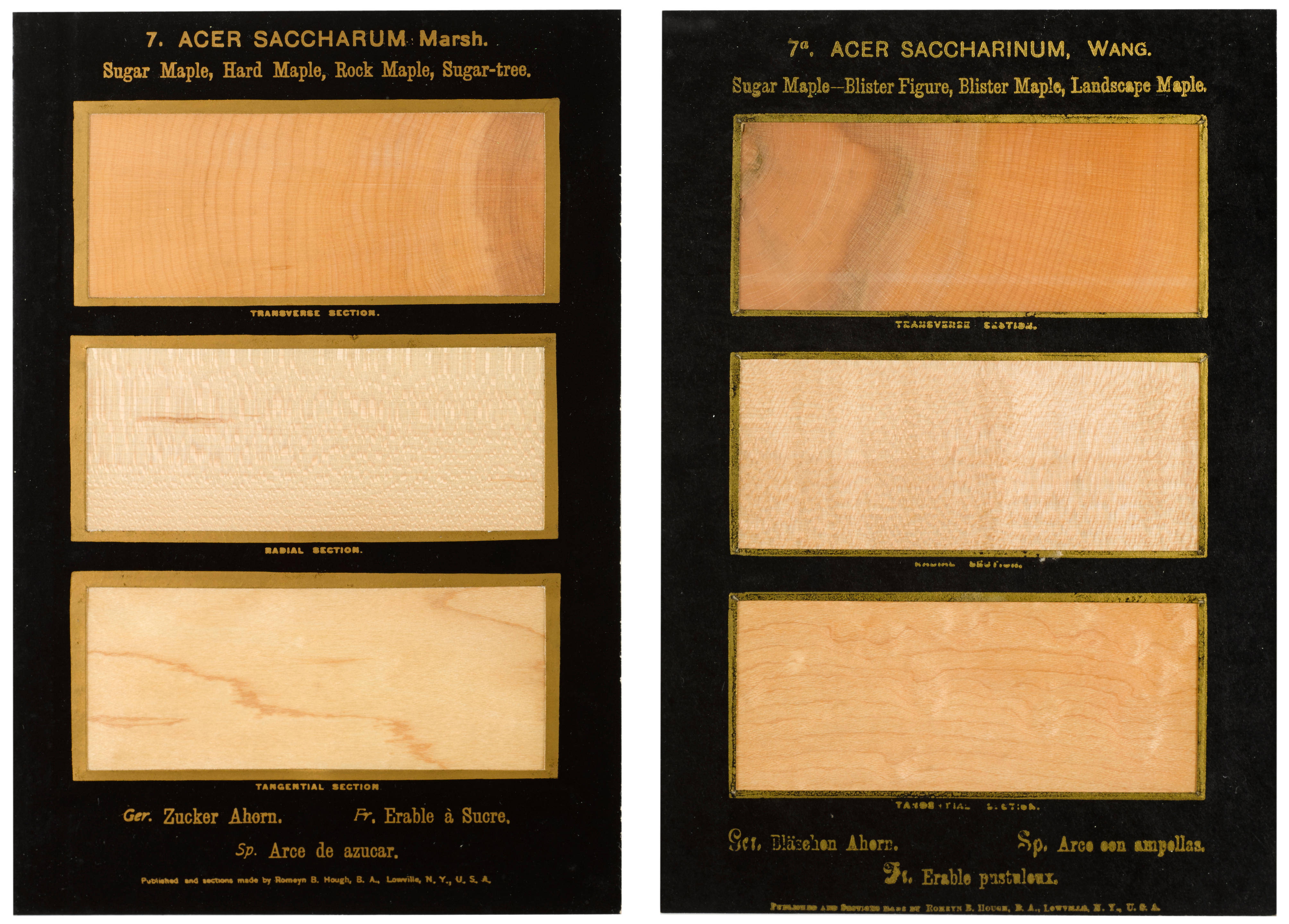