(Henry, printer) [An almost complete collection of books issued by the press], comprising …

(Henry, printer) [An almost complete collection of books issued by the press], comprising 57 titles of the 60 printed up to 1997 (lacking only the unique or very rare B & B nos. A1, A12 & A13: A Collection of Receipts in Cookery, Physick and Surgery, 1958, 100 copies; Watermarked Specimens of 19th Century Security Papers, 1971, 10 copies only (most in American libraries); Lessing J.Rosenwald's Alverthorpe Guest Book, 1972, one copy only, but with some sheets from all three), all limited editions, a few items the author's or printer's own copies, some inscribed "H.M. copy", plates and illustrations, some tipped in, many with prospectus loosely inserted, original bindings, many uncut, some spines a little faded, many with slip-cases, 1958-1997; with a good collection of books printed by the press for other clients (lacking only nos.B13 & B32 of the 41 titles up to 1993: Association Copies and On Grafting in Animals) and a quantity of ephemeral items (C4, 5, 7, 9, 11, 16-18, 20-26, 28 and others later), paste-paper sample books, San Serriffe share certificate etc. printed by the press, some correspondence from Henry Morris to Martin Roth, and some additional volumes/periodicals with contributions by or relating to the press, v.s., Philadelphia, North Hills or Newtown, Pa., Bird & Bull Press (Qty) *** The three items missing from the main collection are all present in some or part form: A1. A Collection of Receipts in Cookery, Physick and Surgery, 12pp. of proof sheets only (some pages duplicated), loose in the original wrappers, and a printer's mark-up of the upper cover A12. Watermarked Specimens of 19th Century Security Papers, title, foreword and 4 specimens only, loose sheets A13. Lessing J.Rosenwald's Alverthorpe Guest Book, folded sheet comprising title and blanks, inscribed "Title p. for LJR Guest Book HM" on blank, this was a one-off venture commissioned by Rosenwald and comprised a title, a number of blank sheets and a colophon. It is now in the Library of Congress as part of Rosenwald's collection. A similar collection to that sold in these rooms on 17th July 2014 but with a more complete run of the items printed by the press for others and including the bogus Fine Printing, Publishing & Bookselling in the USA: 1980, one of only 8 copies printed, A28, 1980. Also with both special and ordinary copies of Twenty-One Years of Bird & Bull, A27, 1980 and English Book Prospectuses, the special copy lettered G (M) and marked "one of 23" and with an additional folder of original prospectuses, A39, 1984; the work on Bartholomaeus Anglicus's De Proprietatibus Rerum containing an original leaf printed by Wynkyn de Worde A53, 1992; Broadside Vignettes, A60, 1997; 2 copies of Samuel Beckett's Ill Seen Ill Said, letter N of 26 specially-bound copies and one of 299 ordinary copies, both signed by the author on half-title, B19, printed by Henry Morris for Lord John Press of Northridge, Ca., 1982; La Relieuse: Charles Meunier's Plaquette, 1900, pewter plaquette of a female bookbinder mounted in cloth folder, [1996]; Martin Roth: Bibliographic Angel of the First Degree, certificate, signed by Pearl and Henry Morris, with accompanying A.L.s. from Morris to Roth, in gratitude for Roth purchasing a collection of Bird & Bull Press books in 1987; 2 zinc blocks of illustrations for Bird & Bull books, and a Bird & Bull badge. A list of the contents of the collection is available on request. If the collection fails to sell as a whole it will be split and offered in the following lots 2-19: 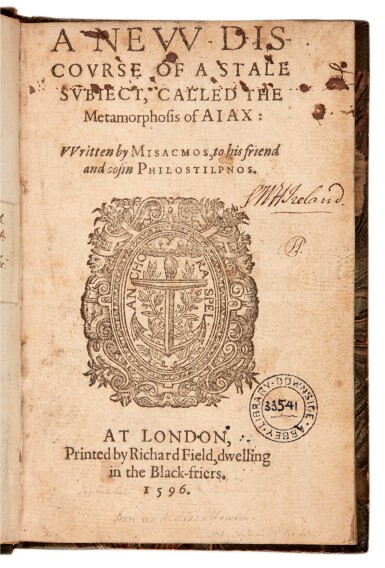 [HARINGTON] | The metamorphosis of Ajax; Lot of 9 Linoleum-Block Prints of grapes

Lot of 9 Linoleum-Block Prints of grapes 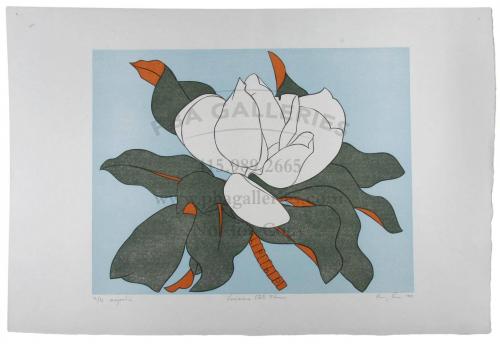 Lot of 15 Linoleum-Block Prints of State 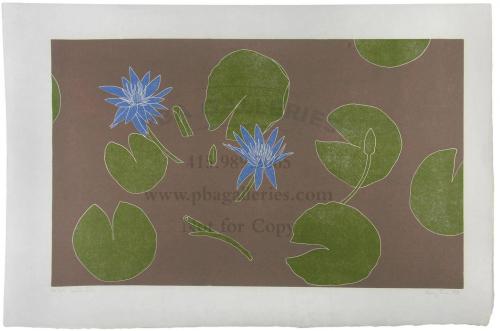 Lot of 10 Linoleum-Block Prints of Flowe 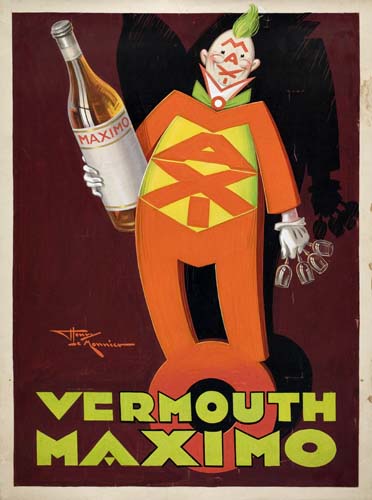