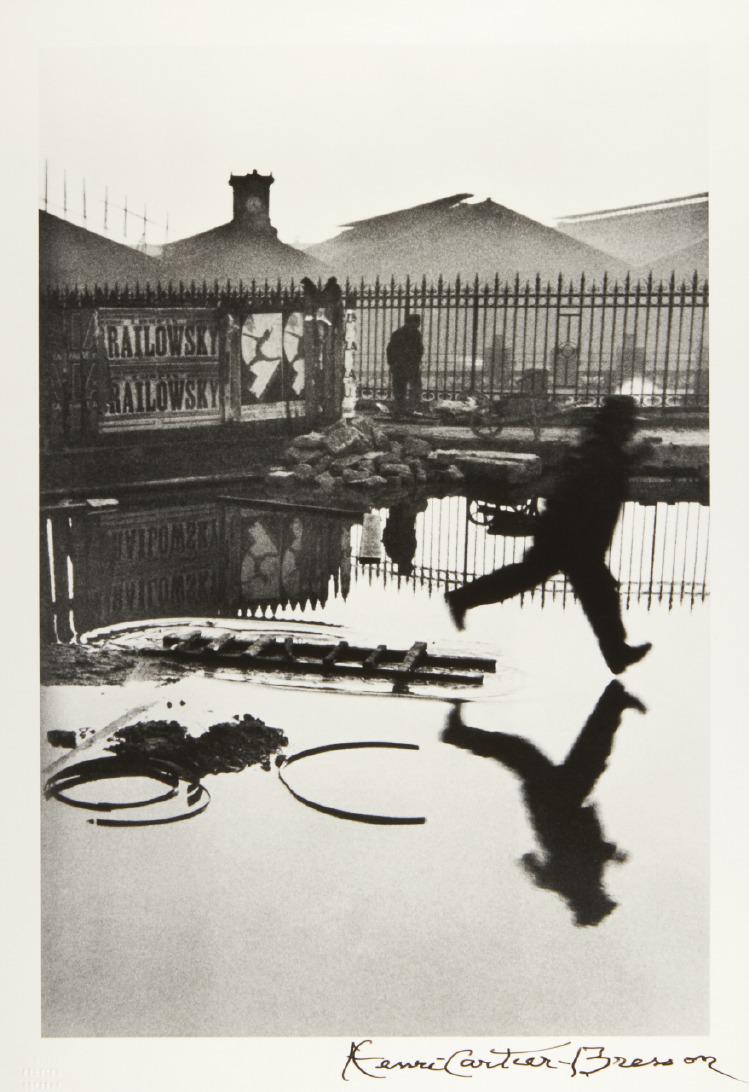 Gelatin silver print, printed in the 1990s 35,7 x 24,1 cm (14.1 x 9.5 in) Signed by the photographer in ink in the margin, his copyright blindstamp in the margin lower left »Timing is everything«. Mysterious, surreal and one of his most famous pictures: a man takes a leap in order to cross an immense puddle on the Place de l’Europe in Paris — and is fixed by Henri Cartier-Bresson He pointed his first Leica, he had bought in Marseille the same year, through a fence behind Paris’ Saint-Lazare train station and saw these components all come together for a brief moment and clicked his shutter. Speed and instinct were at the heart of Henri Cartier-Bresson’s brilliance as a photo- grapher. And never did he combine the two better than on this day in 1932. Apart from the characteristic reflections in the water, whose extent and depth are unfathomable, there are further doppelganger details behind the Gare Saint- Lazare: the metal rings strewn about, the circus posters in the background, the stylised dancer and the »jumper«, both seen like silhouettes, but also the rings and circular waves evoked by a water landing — in the imagination of the viewer. Structured by a baffling interplay of geometrical forms, this image can be considered a masterpiece of form and light and the image would become a quintessential example of Cartier-Bresson’s »decisive moment«. It implies the con- scious yet intuitive selection of a scene, the credo of perfect composition, and helped chart the course for 20th century photography. LITERATURE Lincoln Kirstein/Beaumont Newhall (eds.), The Photographs of Henri Cartier-Bresson The Museum of Modern Art, New York 1947, p. 24; Henri Cartier-Bresson Images à la Sauvette, Paris 1952, pl. 26; Yves Bonnefoy (ed.), Henri Cartier-Bresson Photographe, Paris 1979, pl. 14; Peter Galassi (ed.), Henri Cartier-Bresson The Early Work, The Museum of Modern Art, New York 1987, p. 101; Vera Feyder/André Pieyre de Mandiargues/Henri Cartier-Bresson (eds.), Paris à vue d’oeil, Paris 1994, pl. 33; Jean-Pierre Montier (ed.), L’art sans art d’Henri Cartier-Bresson, Paris 1995, p. 96; Henri Cartier-Bresson De qui s’agit-il? Paris 2003, p. 59. 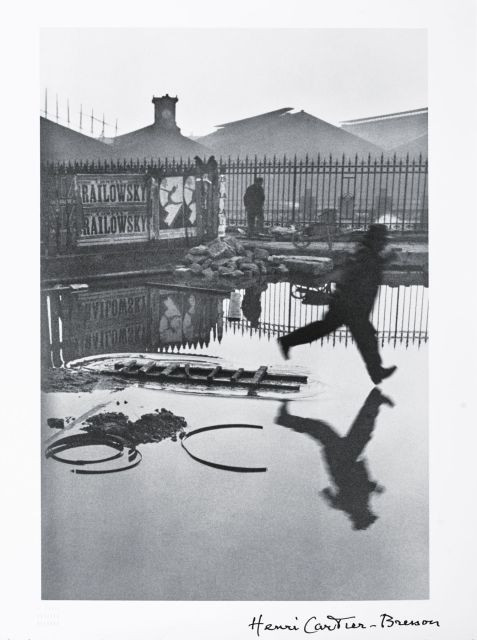 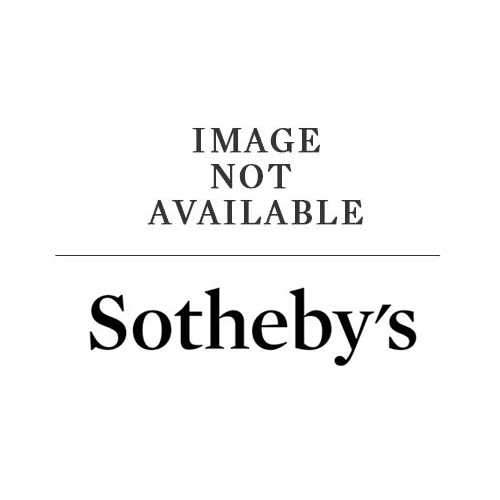