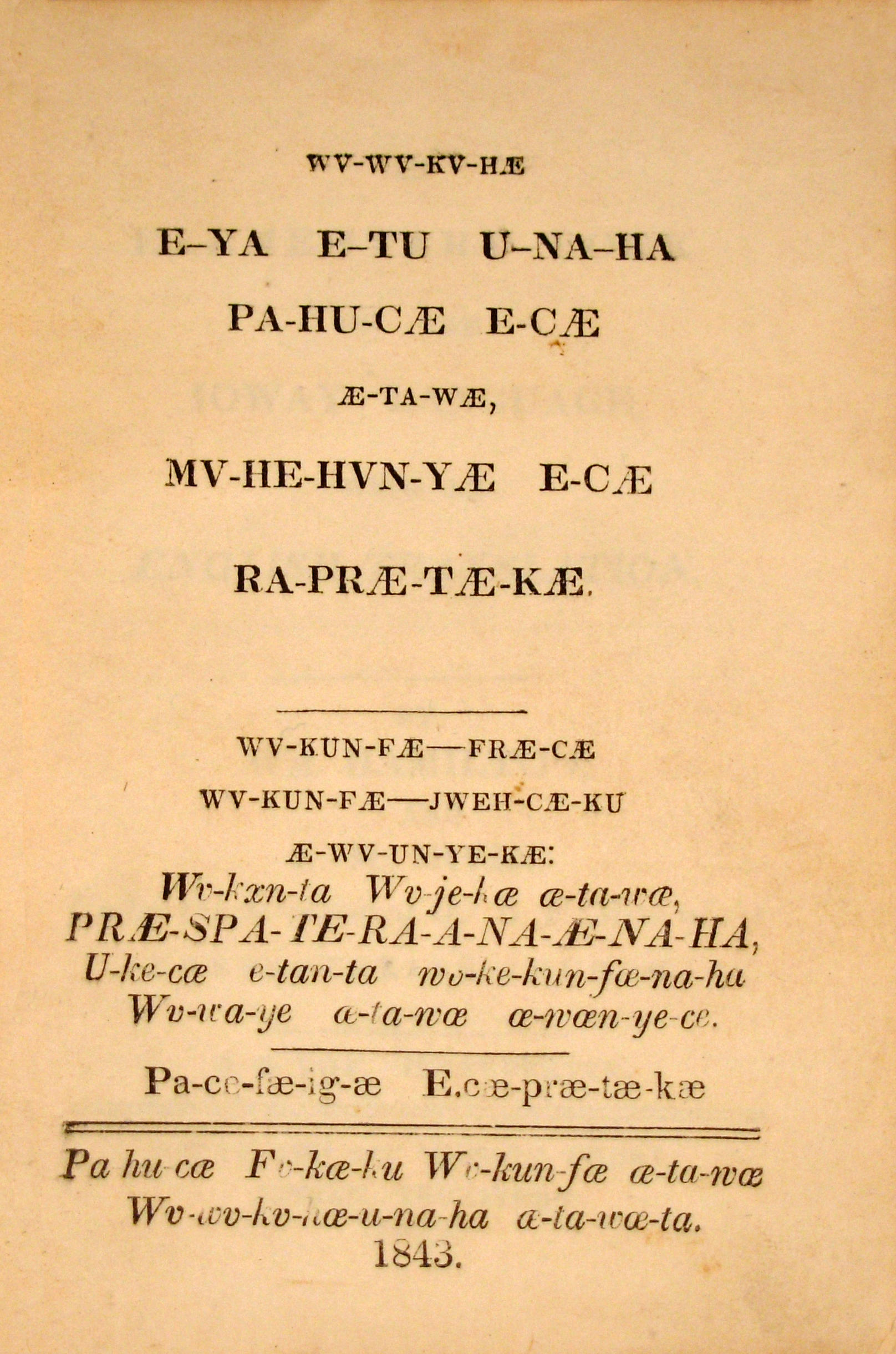 Wv-wv-kv-hae E-ya E-tu U-na-ha Pa-hu-cae E-cae Ae-ta-wae ... An Elementary Book of the Ioway Language, with an English Translation. And: Ya-wae Pa-hu-cae ... Original Hymns, in the Ioway Language. Indian Territory, [Doniphan County, Kansas]: Ioway and Sac Mission Press, 1843 [but 1844]. 4 parts bound in 1 volume. 101, [3 blank]; 62, [2 blank]; 24; 29 pp. Separate title-pages in Ioway and in English for the first two works, the second two works without title pages (as issued), but caption titled "Wv-ro-hae" and "We-wv-hae-kju" (Prayers and the Catechism in Ioway). Small 8vo (145 x 92 mm). Early sheep. Covers and endpapers detached and dry, internally about fine. First editions of the first four publications of the Ioway and Sac Mission Press, the second press to operate in present-day Kansas. Parts are one of 225 copies, 125 copies, 100 copies and 200 copies respectively. Laid in is a copy of an 8-page tract, 1865, commemorating Sophie Rubeti, a Native-American orphan who was taken in by the Ioway and Sac Mission (a little frayed at outer edge). The Ioway and Sac Mission Press, "in all respects a pioneer enterprise, to be sure" (McMurtrie), was the work of two young Presbyterian missionaries from the Pittsburgh area. Irvin and Hamilton were sent a modest printing press in April of 1843. They undertook to learn the craft of printing, devise the syllabary and translate the works themselves. In their 1930 bibliography, McMurtrie and Allen identify only nine works to ever be printed at Ioway and Sac Mission and date these first four prior to Hamilton’s departure for a year-long visit to his family in the spring of 1845. Graff 1758 (1st title); Pilling, Siouan, pp 32-33; McMurtrie & Allen, A Forgotten Pioneer Press of Kansas, 1930, Nos. 1-4; Sabin 30040 (1st title). See illustration. 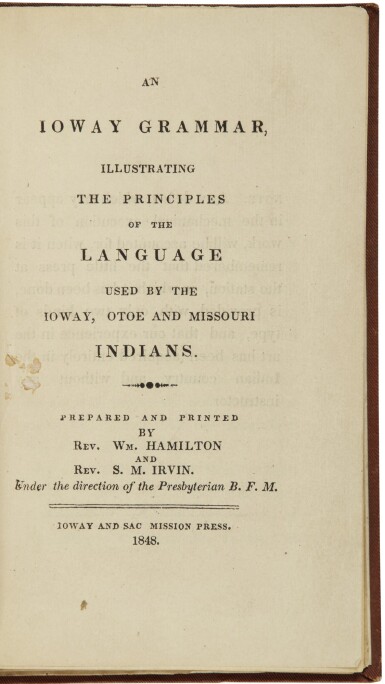 AN EXTENSIVE GENERALS OF THE CIVIL WAR P