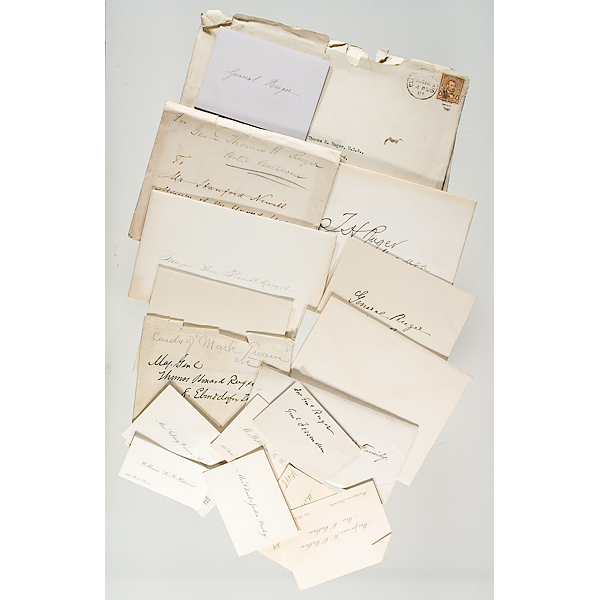 Lot of 9+, including: An engraved invitation to the 35th National Encampment of the GAR, in Cleveland, 1901 A manuscript invitation on Legation of the United States/Vienna letterhead to dinner with a Mr. & Mrs. Harris...at their hotel and an invitation to view the procession from their windows in the Hotel. Capt. F.W. Harris was the U.S. Military Attache in Vienna around the turn of the century. A notice that the "green card" is ready for General Ruger, along with an ANS from Stanford Newel, U.S. Minister Plenipotentiary for the Netherlands and Luxembourg (1897-1905), on U.S. Legation stationery, The Hague, n.d., but probably ca 1900. An invitation and programme from the Grand Naval Display at the World's Fair, 1904, in St. Louis. An invitation to the "Hops," Camp Cardine, 1874, To be given by the Corps of Cadets every Monday, Wednesday and Friday evening during the encampment; General Ruger was the superintendent of the USMA from 1871 to 1876. A 10-day West Point "Mess Privilege" card for General Ruger, Nov. 3, 1904. Reception card of Mrs. Newel and calling cards of Mr. Stanford Newel, Seth Low(2) and his wife. A note from Cornelia, just addressed "Dear Brother," n.d. Calling cards of Mr. S.L. Clemens and Mrs. S.L. Clemens / The Misses Clemens, both with mourning borders (although unclear why, most of this material dates to the turn of the century, and McKinley had just been assassinated); manuscript card from Genl. Fessenden; six cards of individuals most with "State Street" or "Spring Street" addresses, one with manuscript "Fort Preble," including Mrs. Sidney Warren Thaxter (Sidney Taxter was a Civil War MOH recipient). Thaxter was a Maine native, and Fort Preble was in South Portland, so other of these cards may relate to this installation (unfortunately nearly every town has a Spring and State street!). Plus advertising card for Chas. Gailmard for French language lessons. General Thomas Howard Ruger (1833-1907) graduated 3rd in the 1854 USMA class. After a short term of service (9 mos.) he resigned and returned to Janesville, WI and opened a law office. At the outbreak of war, he returned to service in June 1861 with the 3rd WI Vols. He served in the major campaigns in the Shenandoah, including second Manassas, Cedar Mountain, Antietam, Chancellorsville, Gettysburg, where he was instrumental in holding Culp's Hill. He then went to New York to end the Draft Riots, then was transferred to the West. He participated in Sherman's Georgia campaign. He entered the regular army again, and for a time was military governor of Georgia. He later served as Superintendent of USMA, then commanded the Department of the South, with later commands in the West controlling Indian hostilities and protecting the railroads. He was retired by age in 1897 at the rank of Major General. From these items, he clearly spent some time in Europe after retirement, although not a lot is written about this last decade of his life. 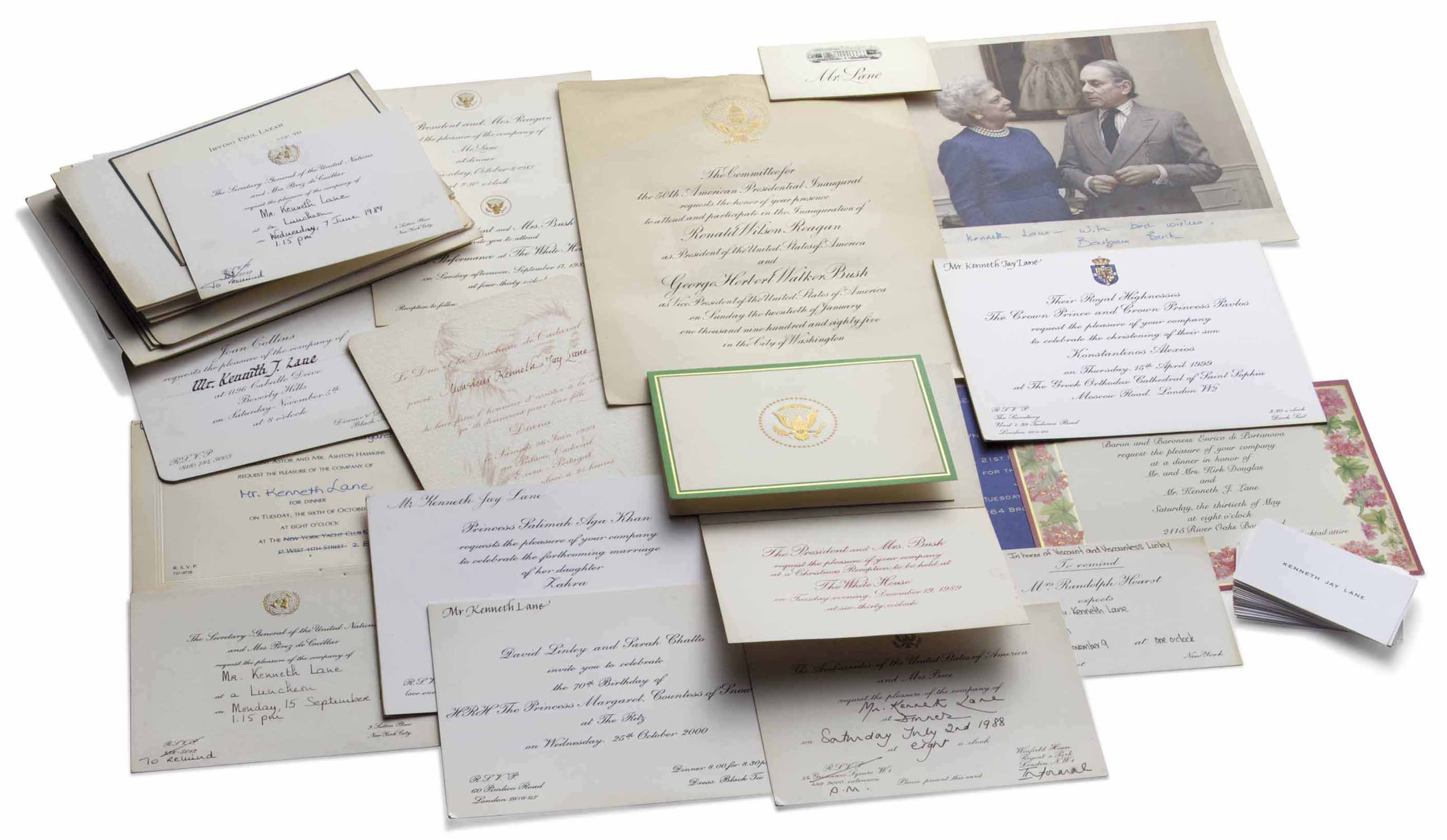 A GROUP OF INVITATIONS, CALLING CARDS AN Group of invitations to luncheons and di Six printed dance invitations and other

Six printed dance invitations and other

PRESIDENTS]. A large group of letters an Small group of Presidential ephemera - I

The Group of Medals and Presentation Ite Fifteen volumes of poetry and literature