GOULD, John (1804-1881). The Birds of Australia . London: Taylor and Francis for the Author, [1840]-1848-1869.
GOULD, John (1804-1881). The Birds of Australia . London: Taylor and Francis for the Author, [1840]-1848-1869. 8 volumes (including the Supplement ), large 2° (550 x 372mm). 2- page subscribers' list. 681 fine hand coloured lithographic plates by John and Elizabeth Gould and Henry Constantine Richter, printed by Hullmandel and Walton or Walter, 3 plates double-page. (Occasional spotting, a few short marginal tears.) Early 20th-century brown crushed levant morocco by Zaehnsdorf, the covers with broad gilt-tooled floral border and semée of two different bird tools, gilt coat-of-arms of Henry Martin Gibbs at the center of upper covers, spines in six compartments with double raised bands, lettered in two compartments, the others with bird tooling, gilt edges, marbled endpapers (some minor rubbing and scuffing of extremities.) Provenance : Henry Martin Gibbs (engraved armorial bookplate dated 1891 and arms on the covers). FIRST EDITION OF THE GREATEST WORK ON AUSTRALIAN BIRDS AND GOULD'S MAJOR ORNITHOLOGICAL ACHIEVEMENT. AN EXCEPTIONAL COPY SUPERBLY BOUND WITH A FINE PROVENANCE. A contemporary reviewer said of this work 'Great as is the excellence of Mr. Gould's former publications, there can be no doubt that the present work exceeds them all, both in an artistic and in a scientific point of view .... Whether he wishes to represent the torpor of the drowsy Podargus, the dignified repose of the eagle, the pert Malurus, the restless parakeet, or the lean and anxious wader, he is equally successful in his efforts.' (Sauer p.254). In the mid-1830s Gould was looking for a subject to cover to continue the momentum created by his earlier works. His interest was aroused by a series of specimens mainly supplied by his wife's emigrant brothers from Australia, and he began publication of The Birds of Australia, and the Adjacent Islands in 1837. Before the publication of the second part in 1838 it had become clear to Gould that the only way a work on Australian birds was going to succeed was if he were to visit Australia personally. In May 1838 both he and his wife left on what was to be a two year journey. While Gould explored Tasmania, New South Wales and the interior, Elizabeth stayed with acquaintances on the coast and produced over 600 drawings. Writing to Prince Charles Lucien Bonaparte on his return to London Gould stated that "The interval spent from my native shores were some of the happiest days of my life ... . The results of my journey cannot, I think, but be attended with great advantage to science ... . Independently of a great new number of Birds I succeeded in procuring the nests and eggs of at least two thirds of the species inhabiting that interesting region." Gould announced his intention to re-start the publication from scratch, and requested subscribers to return the two parts of the original work, as he explained in a 2 July 1841 letter to Sir William Jardine, "The two former parts of the work are received back from subscribers and the price allowed off the new series, such plates only then again worked into the publication as are accurately drawn" (quoted in Sauer p.36). Nine of the 20 plates were included in the later work. Anker 174-179; Nissen IVB 370; Sauer 9-18; Zimmer pp. 225-259; Fine Bird Books p. 78. (8) 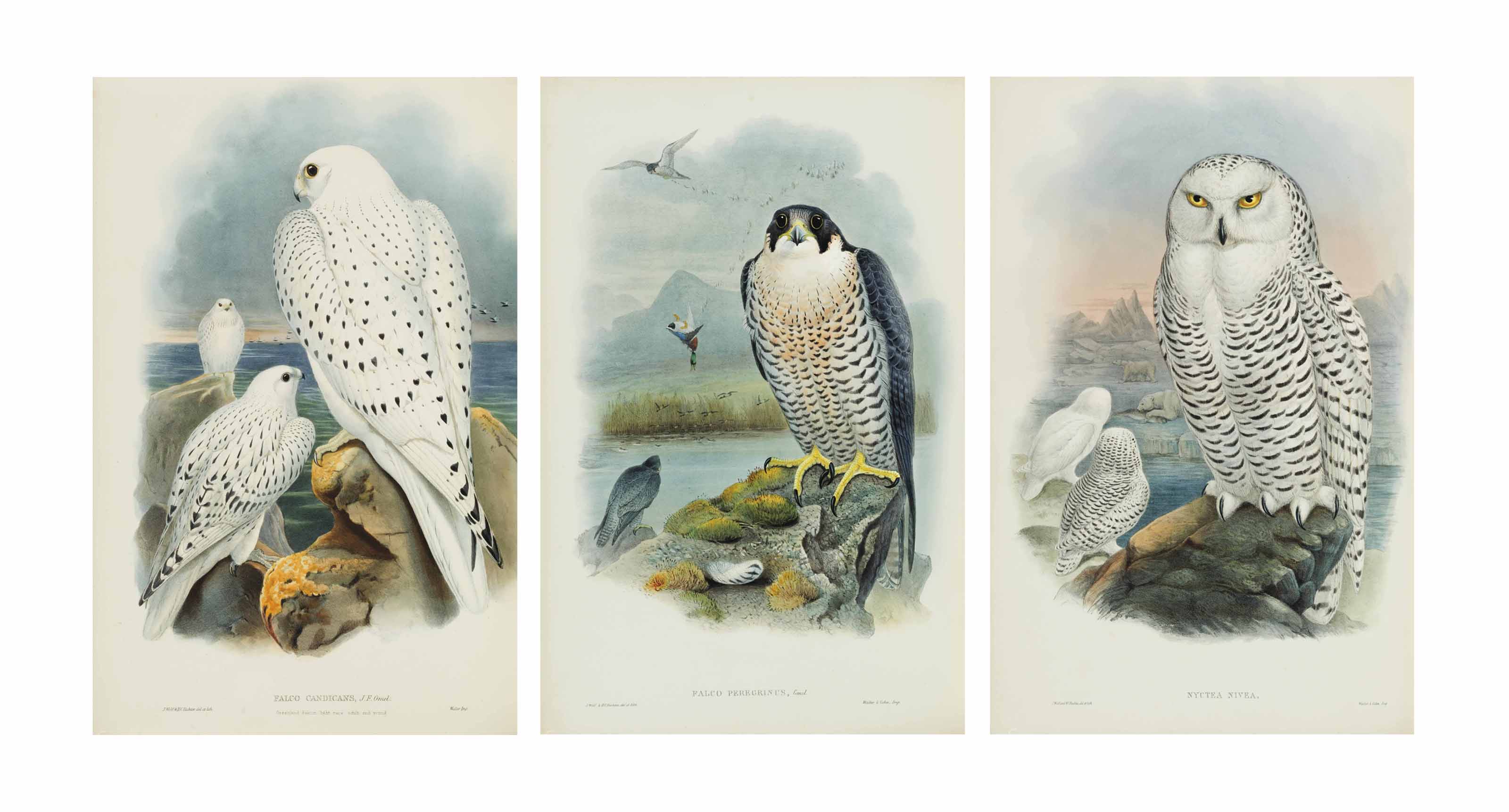