GORDON, CHARLES GEORGE ("Chinese Gordon"). Autograph letter signed ("C.G. Gordon") to a Sir Samuel, a fellow officer of the British colonial administration, Moogie on Nile [Sudan?], 16 September 1875. 16 pages, 8vo, on 4 double leaves of blue notepaper, staple punctures in upper corner, some slight browning to folds . GORDON ON THE NILE Gordon, made Governor of the Equatorial Provences of Africa in 1873, spent the years 1874 and 1875 strengthening British control over the area around the British headquarters in Gondokoro, whose unhealthy climate caused him to transfer the seat of government to Laido in the fall of 1875. In this very long anecdotal letter he recounts the progress of his expedition up the Nile, describing in detail the daily problems faced by the new colonial administration: dangerous rapids, unfriendly "natives," leaky steamships, and local politics. "...We have passed up the rapids of Bidden [in] the 'Khidive' [with?] 8 or 10 Nuggars...Between this and Kiwi of which I have already told you about [sic], we came across two long rapids Googie and Yerborah and 12 miles from Kiwi at this place which I call Moogie we found the natives though in no way provoked by us very hostile on both sides [of the Nile]. The East channels hitherto have been the best, but to use them, you must command both banks, and that with the small force I have, I could not do, & so have had to use the West Channels at this Rapid Yerborah, it has much delayed us and & the hostility of the natives still more so. I tried too much, i.e., to take up the steamer & Nuggars & force[?] the navigability of river, to make stations at a good days march & to get acquainted with natives. As long as the natives were willing to be acquainted with us, all went smooth, but then they declined the honor, it was a difficult matter and compelled us to bear the river navigation alone till I finish my last intermediate station. Laboué is to be its name...There is little doubt in my mind after what I have seen of the river that the rapids (two) ahead are not worse than those we have passed, and that when the stations have been completed which I hope they will be in a week or a fortnight and when the natives are civil which I hope they will be in two or three months, there will be no difficulty in passing steamers into the Lake [Lake Albert] from Cairo. The Khidive is a very awkwrd steamer, she has but little power, & draws a lot of water with her boiler full. I could not have tried a more difficult boat... "You may comfort yourself that you never had enough troops to think of opening this route...Levant a Frenchman son of Levant Bry came up in Novr., his brother came in May 74 & died at Gondokoro in Jany. & his father on hearing of the death of one son, begged me to send him back the other. I sent therefore orders for his recall, but in the interim the father wrote & said if my son likes to stay, please let him. He came to see me here on 22 Augt. & said he would sooner stay. On the 26[th] he went out with 40 men to the other side of river, & what happened I know not, but of his party 4 only came back. I expect they were decoyed into pursuit & when separated, were overpowered. This raised the hopes of other tribes & has given a mint of trouble... "Stanley has settled Victoria Lake East Coast & I hope will settle Albert Lake also....The rainy season has been nothing this year up here, though the river was never higher they say. I am glad we got through before it reached its maximum for it shows the practicability of the route. From March to this date along the route, there have been no mosquitoes which is the withdrawal of one of the treats of this land." 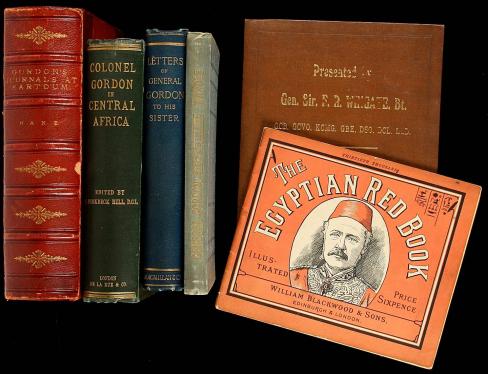 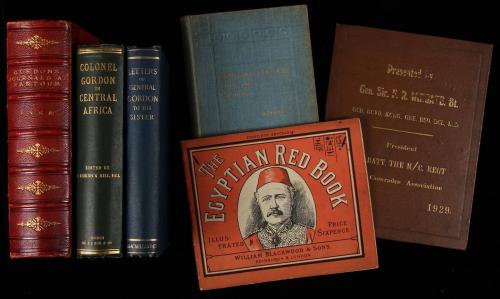 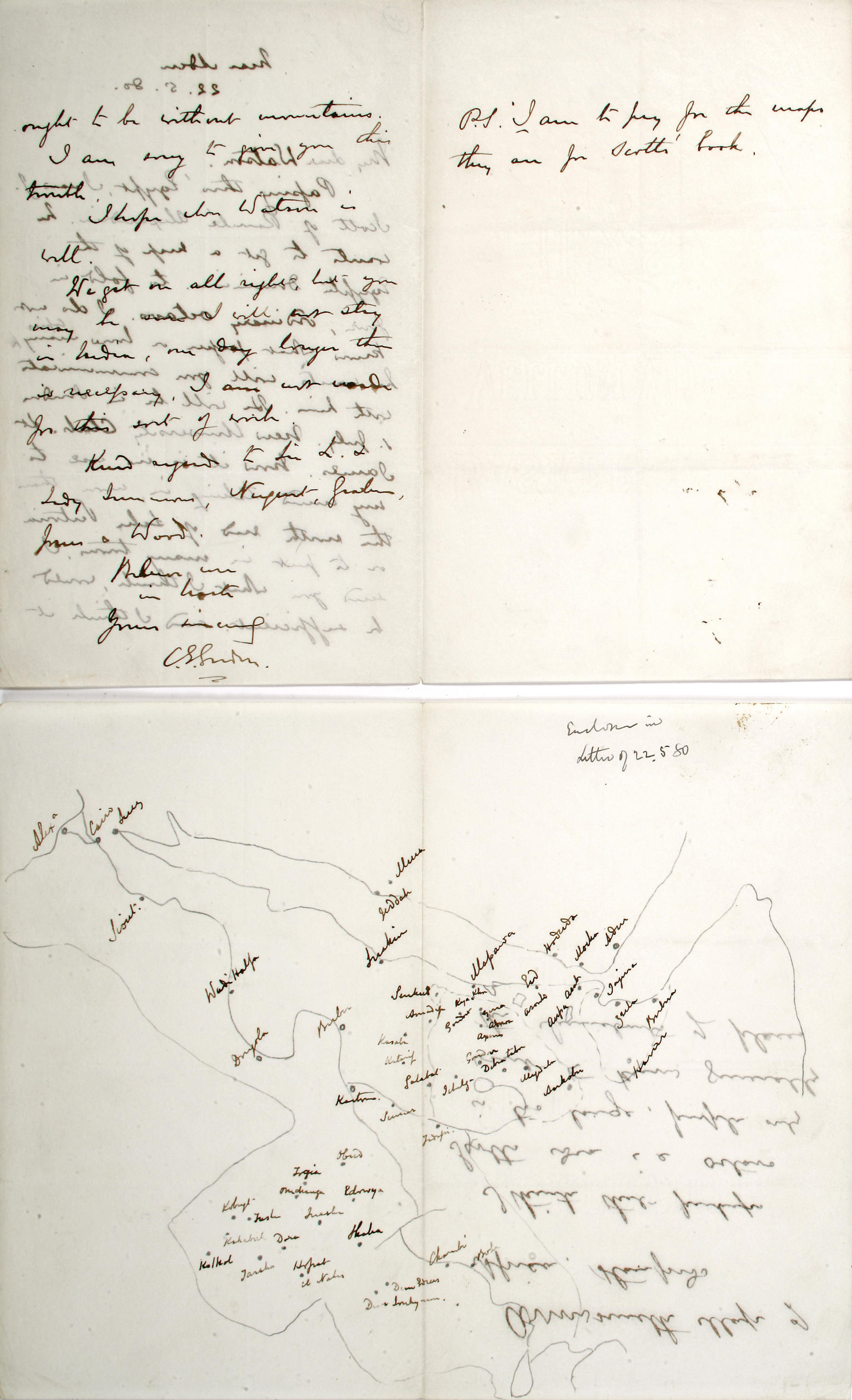 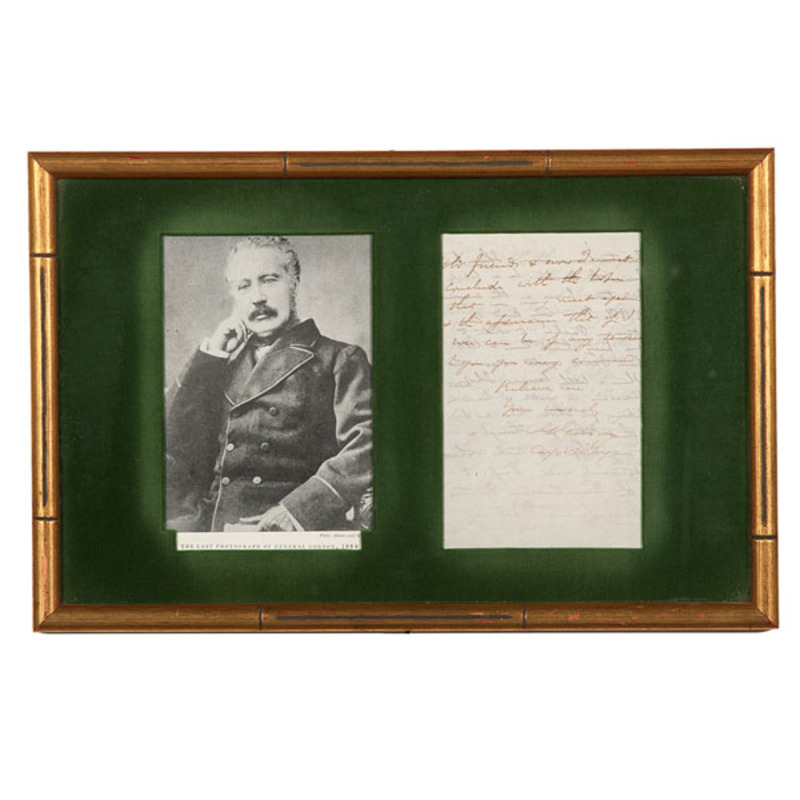 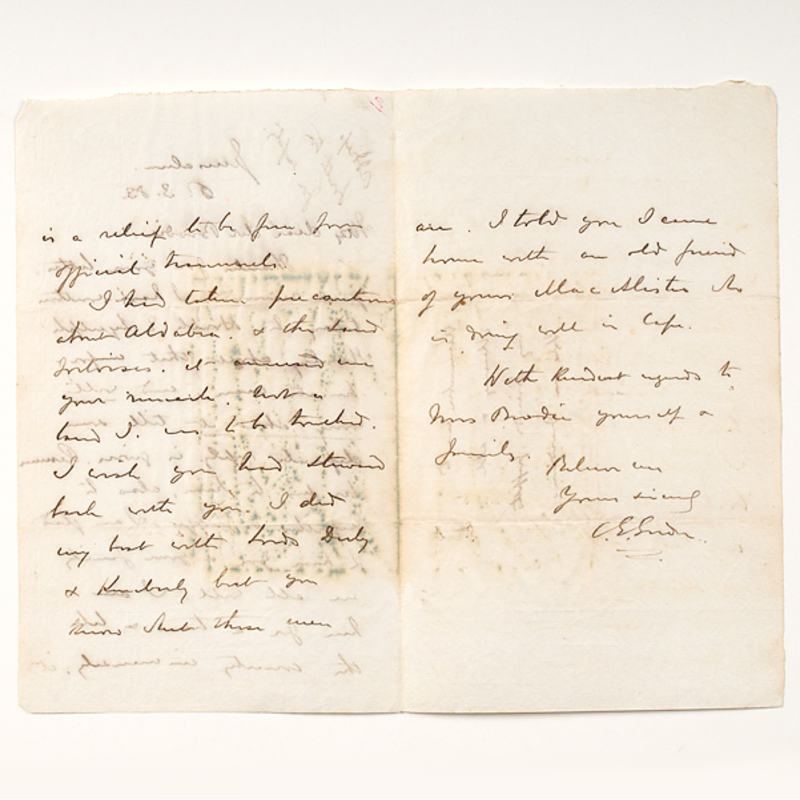 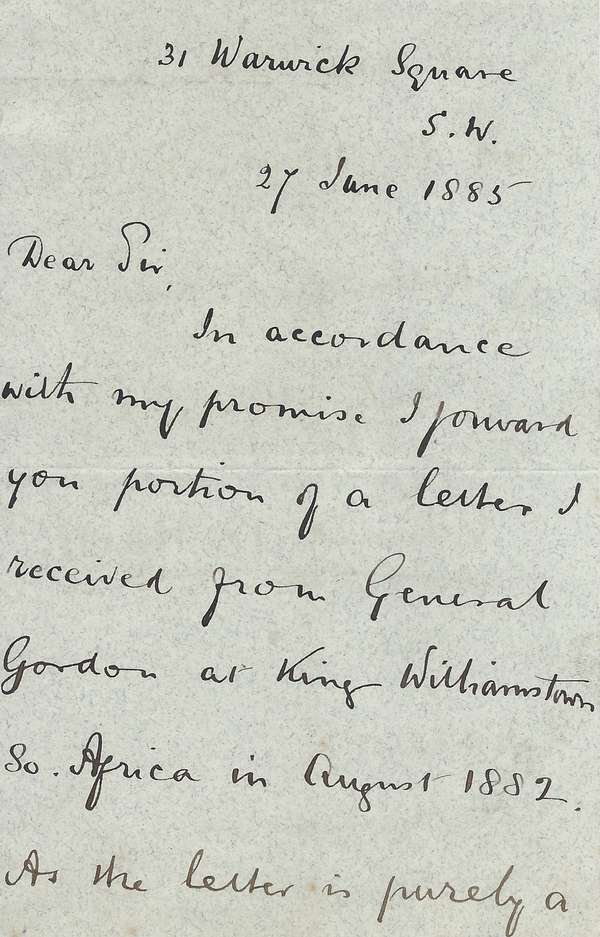