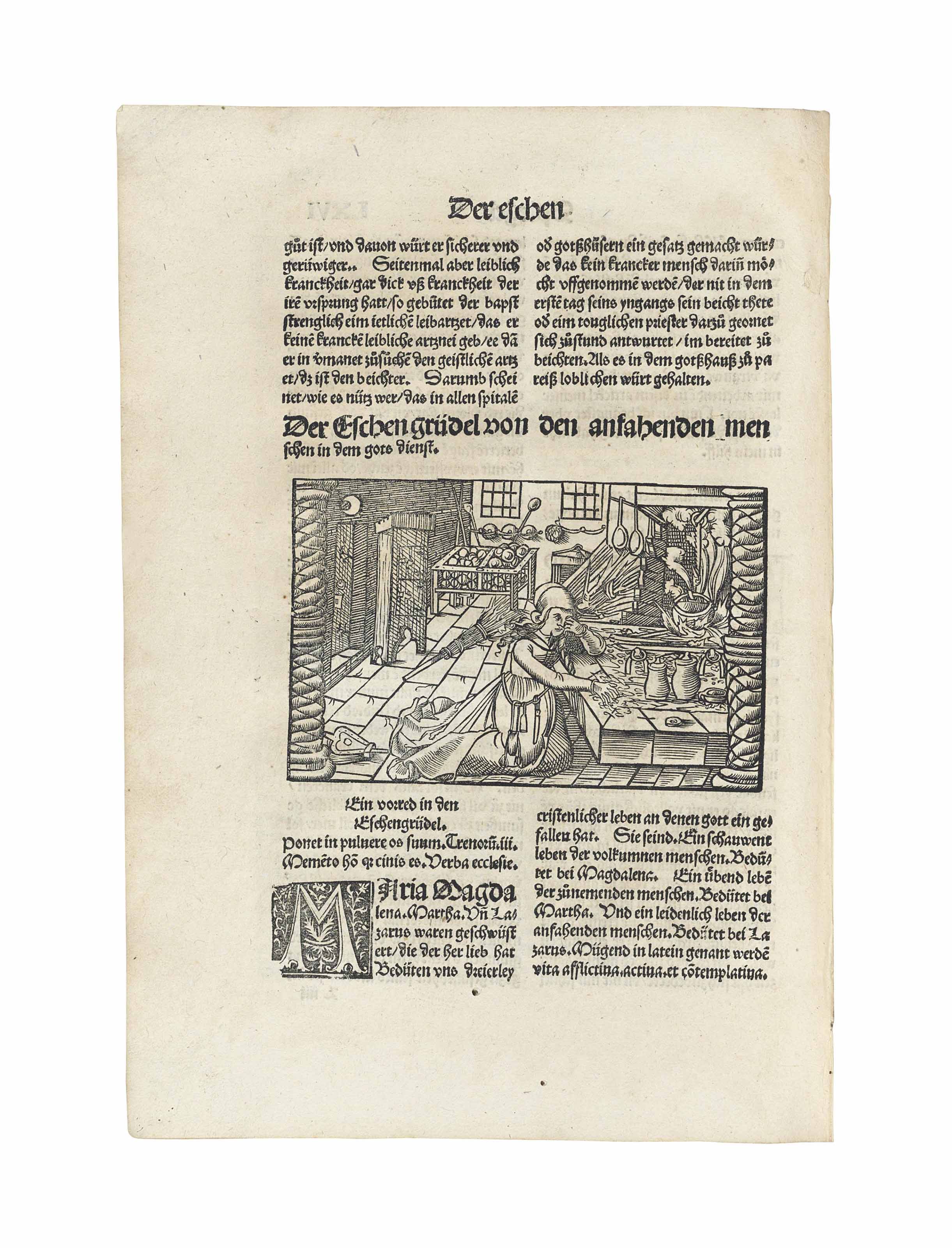 GEILER VON KAISERSBERG, Johann (1445-1510). Das Irrig Schafe . Strasbourg: Johann Gruninger, [25 March] 1514.
GEILER VON KAISERSBERG, Johann (1445-1510). Das Irrig Schafe . Strasbourg: Johann Gruninger, [25 March] 1514. Second edition of these seven tracts, including Der Eschen Grüdel. First published in 1510, it was the earliest printed version of Cinderella , with one of the earliest illustrations of the character. Folio (286 x 192mm). Large woodcut device on title and 8 large woodcuts in text, woodcut initials (some soiling, waterstaining, few small stains and some worming, C4-C5 shorter at top margin). Contemporary blindstamped pigskin, metal clasps (rubbed). Provenance : few early annotations — removed label on title — removed inscription on final blank verso. Second edition of a work first published in 1510 by Matthias Schürer. Born at Schaffhausen, Switzerland, in 1445, Geiler was ‘the prince of the pulpit in the late fifteenth and early sixteenth centuries’ (Steinmetz, Reformers in the Wings: From Geiler von Kaysersberg to Theodore Beza p. 9). Having embarked on a distinguished academic career ‘there lurked at the back of his mind the thought, which gradually grew into a conviction, that his real vocation was the pulpit rather than the lectern. Unable to shake the feeling of a missed vocation, he finally yielded to it. When the city of Würzburg invited him to preach a trial sermon, he readily accepted... On his way to Switzerland, however, he stopped in the city of Strasbourg. The casual visit proved to be a fateful one. The Ammeister of Strasbourg, Peter Schott, persuaded Geiler to decline the invitation to Würzburg and to accept the post of preacher at the Strasbourg cathedral instead… Geiler never regretted his decision to become the people’s priest in Strasbourg. For thirty-two years he preached at the appointed times in the municipal cathedral.' ( ibid , pp. 9-13, passim ). Inspired by Jean Gerson (1363-1429), French scholar, poet, reformer, and Chancellor of the University of Paris, the seven tales of Christian morality are: 1) Das irrig Schaf ; 2) Der hellisch Lew ; 3) Khristlich Kunigin ; 4) Der dreieckecht Spiegel ; 5) Der Eschen Grüdel ; 6) Das Klappermaul ; 7) Der Trostspiegel . The woodcut for the Dreieckecht Spiegel is attributed by Nagler to Hans Baldung Grien. Graesse IIII 41; VD16 G 766; not in Adams. 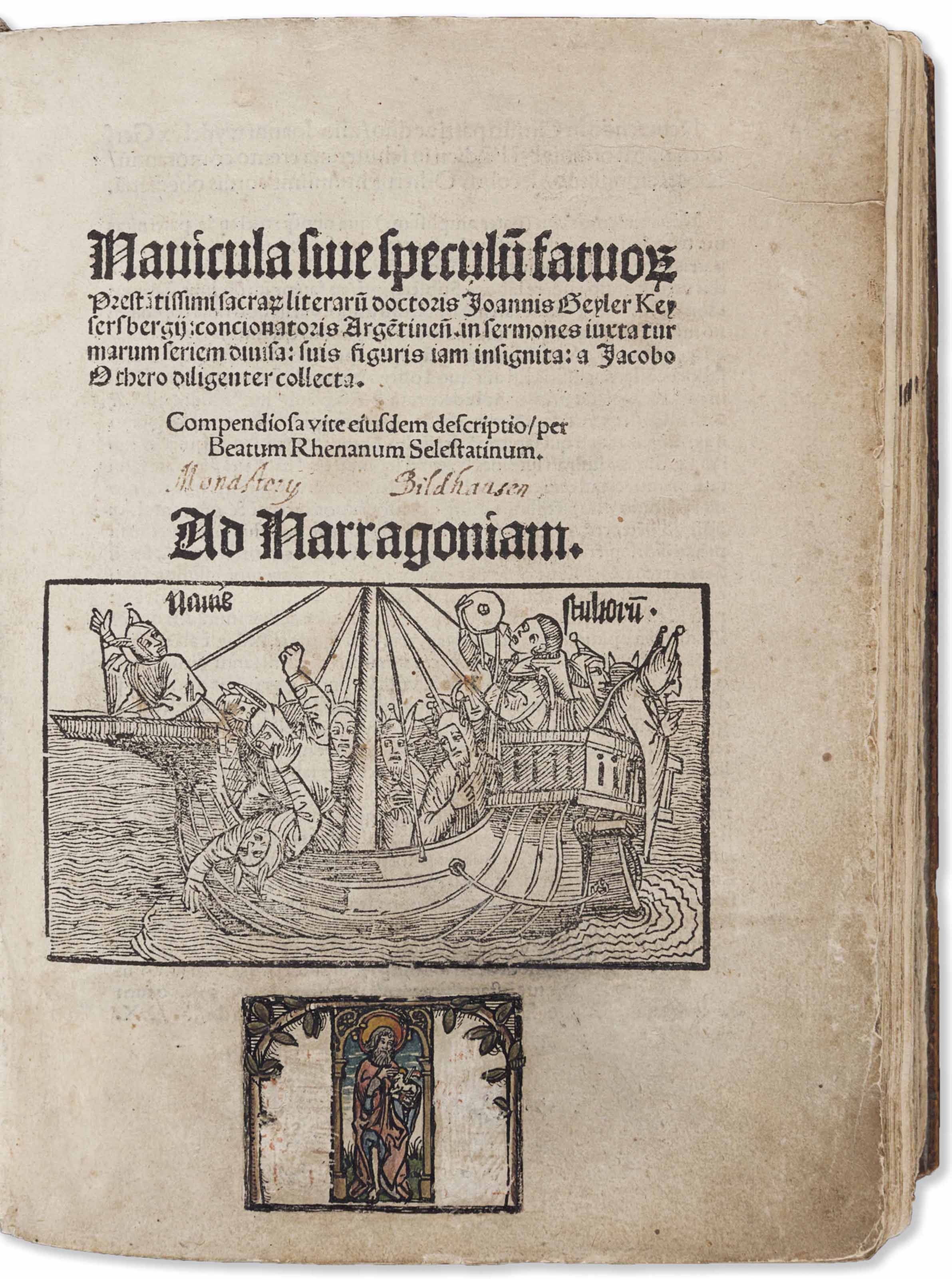