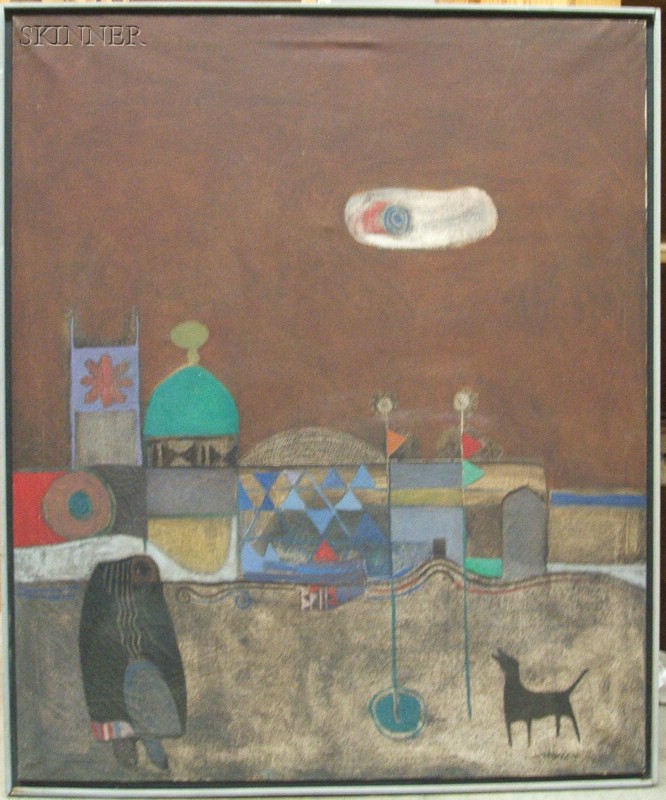 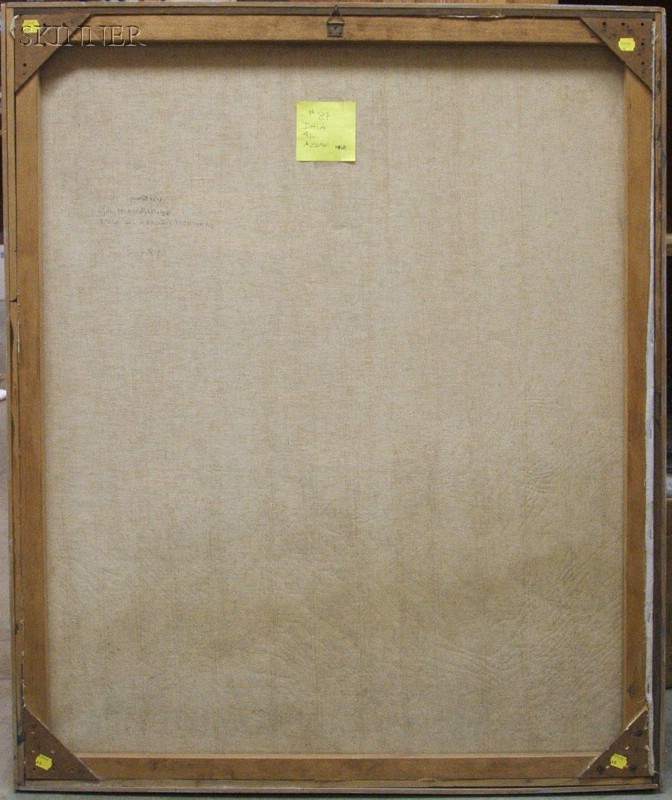 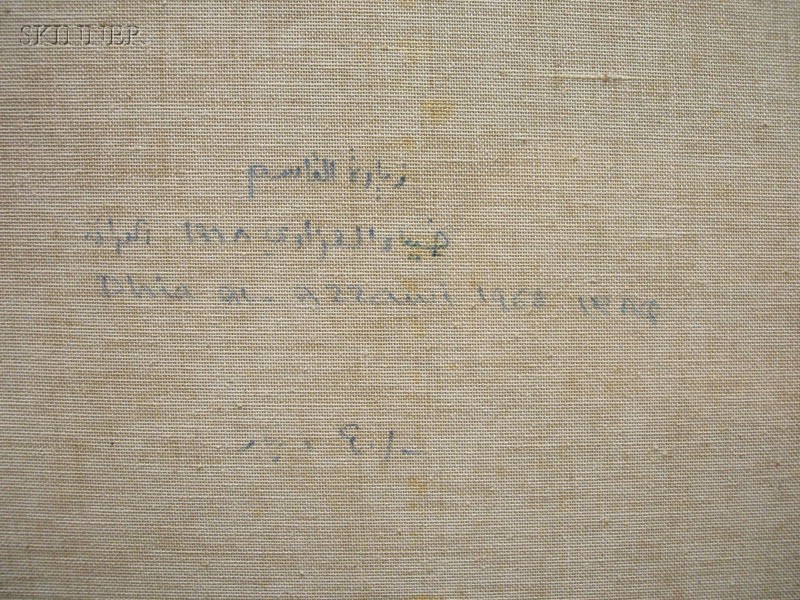 Dia Azzawi (Iraqi, b. 1939) Visit of Al Kassim Signed in Arabic l.r., also signed, titled, inscribed, and dated "... Dhia Al-Azzawi 1968, IRAQ" in Arabic and English on the reverse. Oil on canvas, 39 x 32 1/2 in. (99.1 x 82.6 cm), framed. Condition: Craquelure, surface grime. Provenance: From the collection of Louis Albert McMillen. N.B. Dia Azzawi was one of the founders of "The New Vision", a group that aimed to create a pluralistic Arab aesthetic that looked to all Arabic traditions for inspiration and revision. In their 1969 manifesto, Azzawi writes, "Let us remember the arts of the Fertile Crescent, Syria, and the Nile, and let us reject the world of rigidity and imitation to create a true and lasting relationship with our generation…We must tear tradition apart to bring it into existence anew…we must challenge it to surpass it." (1) Azzawi studied archeology at the University of Baghdad, graduating in 1962, while studying art at the Institute of Fine Arts, Baghdad. He was deeply influenced by early Mesopotamian culture and employed its "historical forms". Azzawi notes, "I felt especially close to the Sumerian ideas. I loved the simple lines, the great big eyes..." (2) In the present work, Sumerian influences can be seen in the flat, pattered arrangement of the mosque and other buildings as well as the rounded forms of the woman dressed in hijab. Both human and animal are gazing to the sky which may inform the title of the work, loosely translated as "the one who determines our fate." Azzawi currently works in London, where he has lived since 1976. He has had numerous solo and group exhibitions from 1965 to the present, and most recently participated in the 6th Annual Abu Dhabi Music and Arts Festival in the United Arab Emirates. (1) Shabout, Nada M. Modern Arab Art and the Metamorphosis of the Arabic Letter. (Doctoral dissertation, University of Texas at Arlington, 1999). Pg. 278. (2) Ibid, 271, 273.