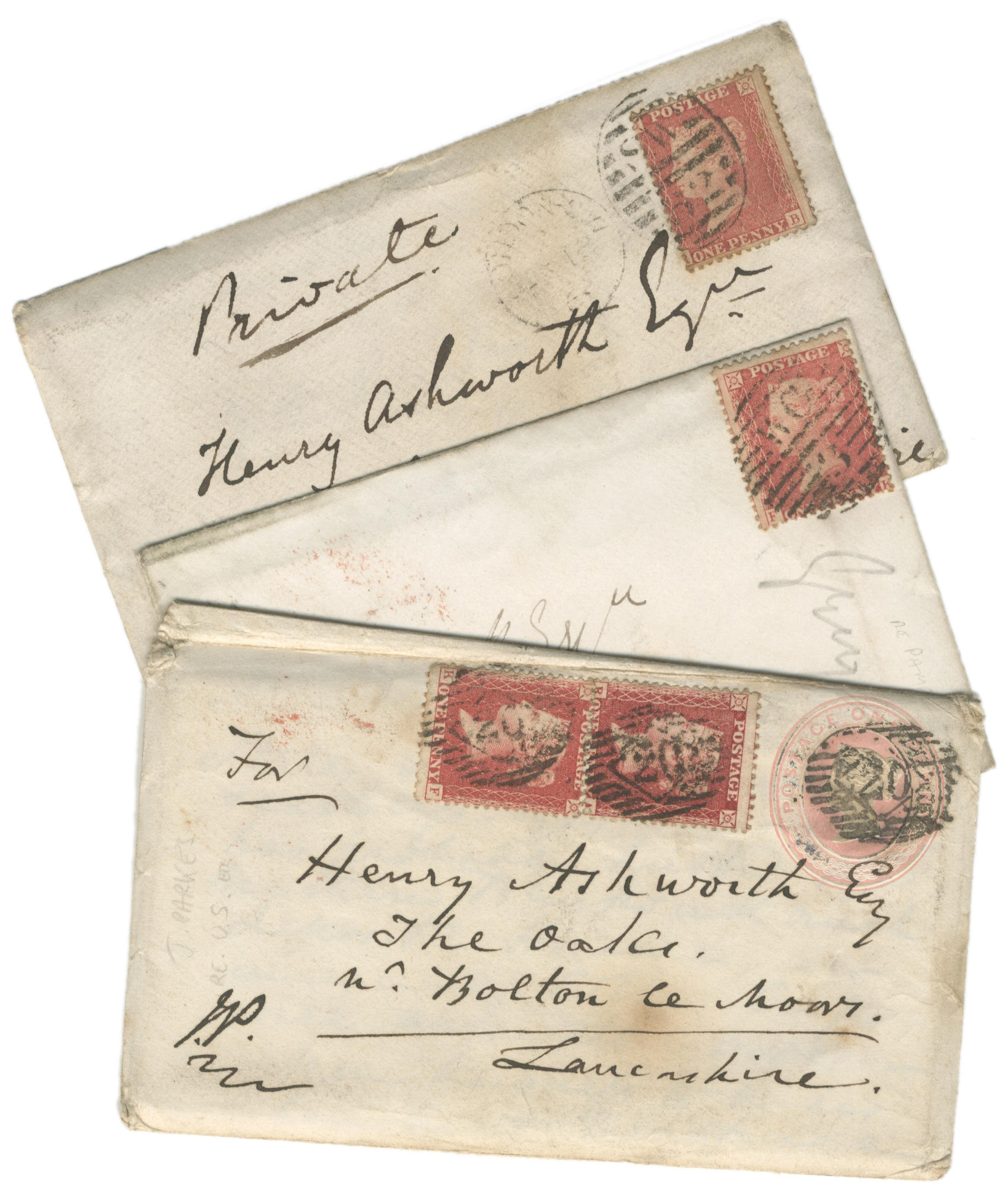 CORN LAWS, COBDEN AND MANUFACTURING Collection of approximately 35 autograph letters written to Henry Ashworth, cotton manufacturer and founder of the Anti-Corn League, by: Richard Cobden ("Ric. Cobden"), on ways of countering the arguments of "those London papers which are the organs of Palmerston" and arranging that "those members who represent northern constituencies may have a voice in the matter, to influence the Government...", 4 pages, 29 May 1864; John Bright, 5 letters discussing Cobden, Manchester commerce, "American affairs", fishing, etc., 19 pages, between 7 March 1954 and 18 August 1857, and 11 November 1875; Edwin Chadwick, discussing a pamphlet by Rowland Hill and the "disadvantages to which the Manufacturers of Lancashire & other districts were placed by the higher rates of railway charges", 4 pages, 15 December 1864; Joseph Parkes (1796-1865, election agent and reformer), series of 6 letters (4 signed "Joseph Parkes"), discussing the "Mill Ocracy", the grudging need for the extisence of London ("...this huge Metropolitan Brick-kiln") whose "vast & increasing population" is essential to "your Northern manufacturing Counties...", with extensive discussions on the political positions and opinions of Cobden and Bright, Free Trade, National Expenditure and economics, Louis Napoleon and the Italian Wars of Independence, 39 pages, between 9 October 1857 and 10 July 1859; John Dickinson (1815-1876), 2 letters, mostly on Indian affairs ("I see no hope for India's recovering from her financial or political difficulties under Lord Stanley"), 7 pages, 18 January 1859 and 30 January 1866; Lord Stanley, letter arranging to meet in Preston "even on so disagreeable a subject as that which you mention", 1 page, 26 March 1863; Edmund Ashworth, on the state of the cotton trade and the impact of American tariffs, 7 pages, ?8 September 1846; Lord Grey, Franklin Baker (2, mentioning Cobden and education), Dr. H.W. Ramsey (discussing the health of Henry's son William, "...The only hope of doing him any real good is a break in the habit of drinking.."), Samuel Fox (2, one concerning a meeting in Manchester on the Corn Laws, 3 March 1842), the antiquarian William Dobson, mentioning the 1853 Dublin Exhibition ("...you would see the little statue of a boy & dolphin by Raphael... there are said to be only two by him in existence"), 15 July 1853; and others by Sir John Boileau, ?Michael Seymour (2), James Heywood, and Thomas Browning of the Manchester Chamber of Commerce, along with a small group relating to the publication of Ashworth's Recollections of Richard Cobden MP and the Anti-Corn Law League, including a detailed analysis of the preparation and costings for the 1877 cheap edition by Cassell, all but a couple in original envelopes addressed to Ashworth, with penny reds and date stamps, 8vo; and a few pieces of epherema relating to Lancashire and East Cheshire elections, and a meeting of the Power-loom Weavers of Bolton (collection) Fußnoten "WE SHALL BE THE REAL QUIXOTES, FIGHTING IMAGINARY ENEMIES, FOR VISIONARY ENDS": Richard Cobden in support of the Northern Powerhouse. Henry Ashworth (1794-1880) was a cotton manufacturer from Bolton; by 1834 his two factories had over 77,000 spindles and 700 employees. "In his activities Ashworth self-consciously epitomized the northern, nonconformist mill owner, seeking through industrial progress to liberate the middle classes from the shackles of aristocratic rule... [and] through his evidence to parliamentary committees, letters to the press, and pamphleteering, Ashworth and his mills became a focal point for social observers, and for discussions of the 'condition of England' question" (ODNB). He was a founder of the Anti-Corn Law League alongside his friend Richard Cobden, about whom he wrote Recollections of Richard Cobden MP and the Anti-Corn Law League (1876). 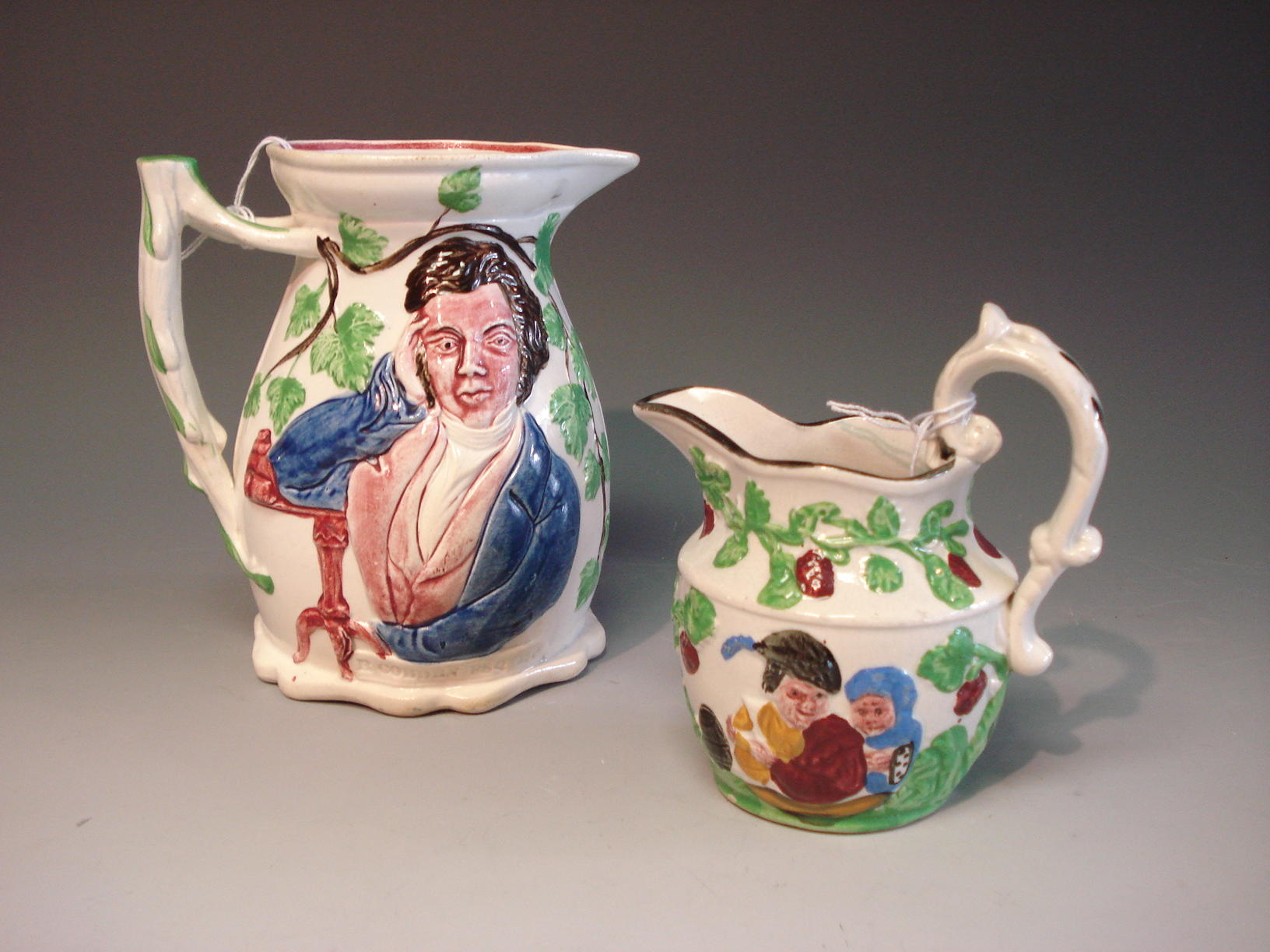