COPERNICUS, Nicolaus (1473-1543). De revolutionibus orbium coelestium, libri VI . Nuremberg: Johann Petreius, 1543. 4° (260 x 186mm). Collation: (+1) a-z 4 A-Z 4 Aa-Cc 4. 203 leaves, WITH THE RARE ERRATA PRINTED ON THE VERSO OF AN ADDITIONAL TITLE. 148 woodcut diagrams, including 6 repeats (Gingerich count), tables of calculations, ornamental woodcut initials in part attributed to Hans Sebald Beham some Greek. (Light dampstain in last two quires, tiny hole in n2-4, some light browning, small corner section of first title renewed.) 18th-century speckled calf, gilt spine, marbled endpapers, speckled edges, a remboitage with later spine labels (some staining on rear board). Provenance : Asti, Italy, Leonardo Botallo (c.1519-1587/88), medical doctor (inscriptions on second title and first text leaf, the first deleted, marginal annotations); Orléans, Jean Robert (d.1590, professor of law, inscription 'Johannis Roberti Aurelii' deleted from first title); 'G.D' (initials on first title); Louis Godin (1704-1760, inscription 'Godin 1725' on both titles); marginal annotations (trimmed) in possibly four hands, one of which is Botallo's, the others the book's later owners; stamp removed from first title, a1, and c3. FIRST EDITION OF AN UNRECORDED COPY OF THE MOST IMPORTANT SCIENTIFIC PUBLICATION OF THE 16TH CENTURY AND A 'LANDMARK IN HUMAN THOUGHT' (PMM). De revolutionibus placed for the first time the sun at the centre of the universe and described the earth's diurnal rotation and its annual rotation around the sun. Copernicus denounced the geocentric belief in the immobility of the earth as based on mere appearance. In order even to entertain an idea such as a heliocentric universe Copernicus had to break with virtually all current knowledge: astronomical, metaphysical, theological and, most basically, simple sensory perception. The geocentric system of Ptolemy had held sway for over a millennium; Aristotelianism dictated that there was a fundamental difference between heavenly and terrestial bodies; and theological dogma considered geocentrism as the very foundation of the special relationship between God and man. Aware of the radical nature of his theory, Copernicus composed an introduction in which he attempted to trace historical antecedents for his basic tenets. He cites antecedents for the mobility of the earth in Pythagoras and Heraclides and for the earth's revolution around the sun in Aristarchus. While these antecedents provided a handy defence for Copernicus, it is unlikely that they played any signifcant role in developing his theory (cf. O. Gingerich, Eye of Heaven , 1993). The Church in fact never officially condemned Copernicus's work as heretical, in part because its observations were essential to reform of the calendar and thus to the precise determination of Easter. Copernicus first made known his ideas on heliocentrism in manuscript form only, which he circulated among a few colleagues. His radical work came to the attention of a young mathematician and astronomer, Georg Joachim Rheticus, who became the chief advocate of Copernicus's new theory. Rheticus persuaded Copernicus to allow him to announce in print a summary of heliocentrism in 1540 ( De libris revolutionum ... Nicolai Copernici ... narratio prima ), and eventually to publish Copernicus's work in full, De revolutionibus . Having read Rheticus's Narratio , the Nuremberg printer Johann Petreius, who specialised in scientific works, applied for the privilege to publish Copernicus's work at his own expense and risk. Rheticus duly delivered Copernicus's manuscript (which survives at the Jagiellonian Libary at Cracow University) to Petreius in 1542 and acted as editor and proof-reader. When Rheticus left Nuremberg to take up a professorship at Leipzig, Andreas Osiander took over responsibility for proof-reading. Apparently fearful of a violent reaction against the work by the Church, Osiander wrote a prefatory address to the reader in which he attempted to pla 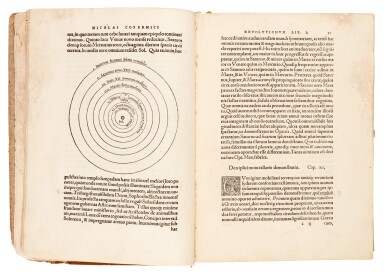 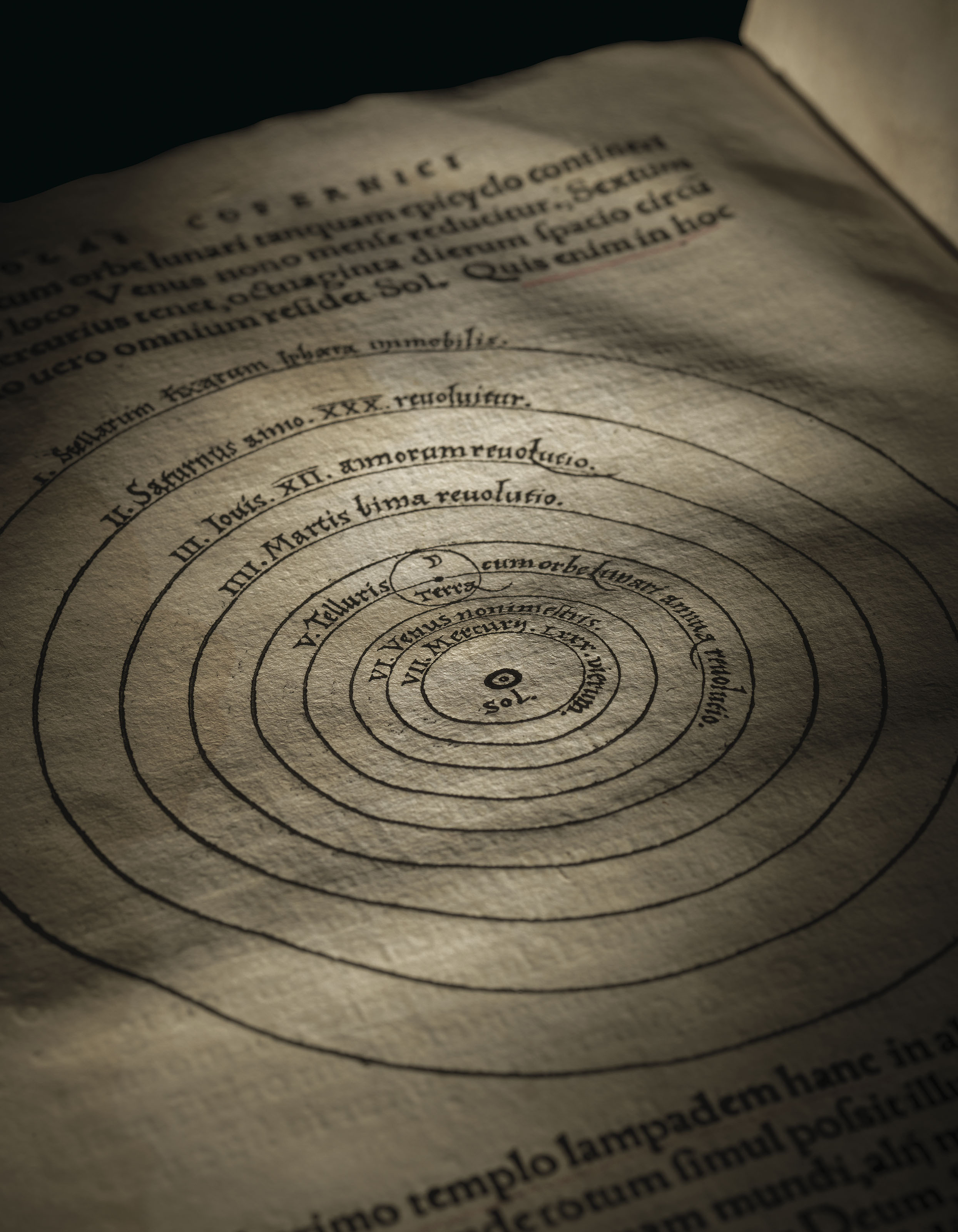 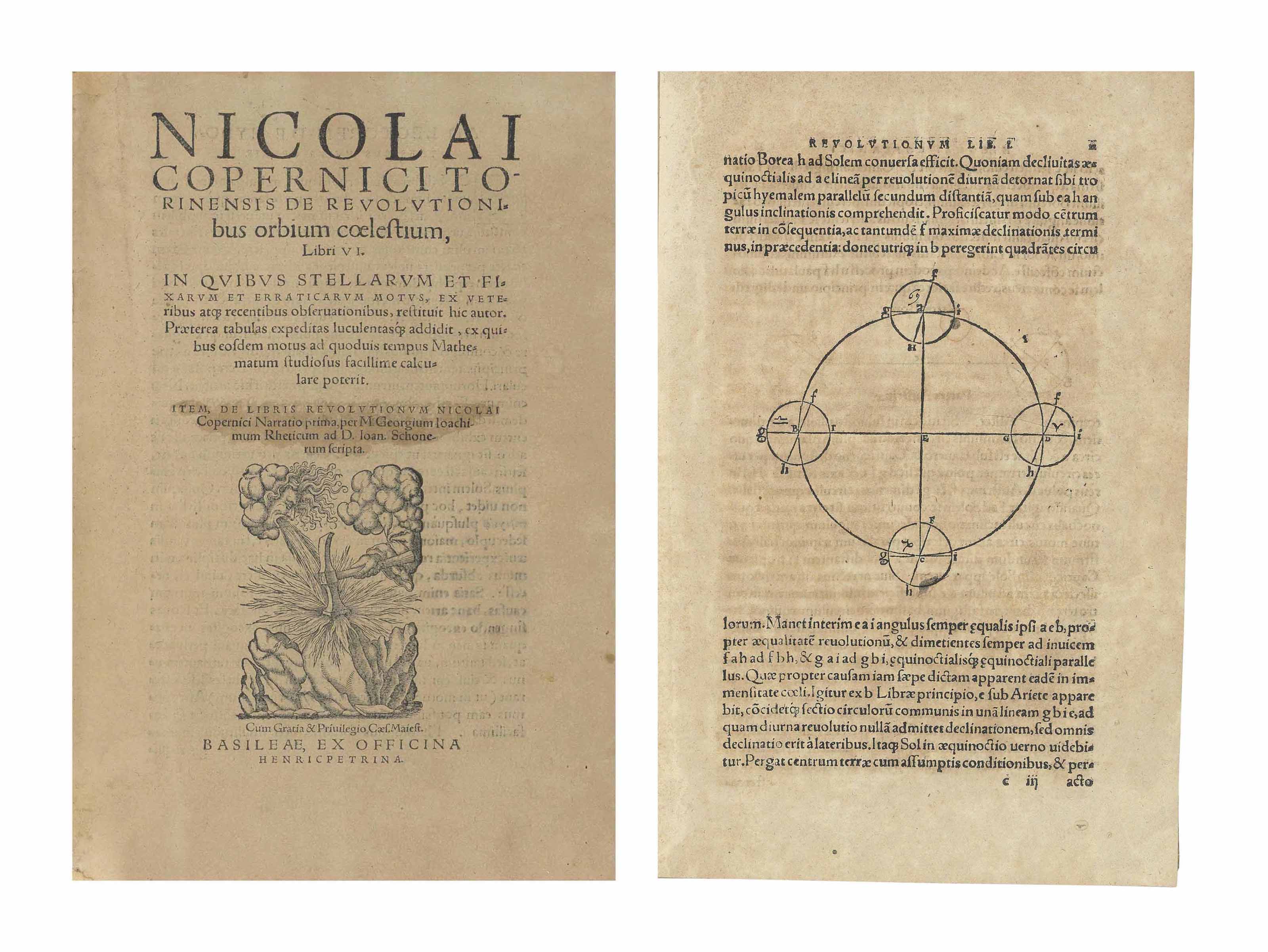