CLEMENS, SAMUEL LANGHORNE ("Mark Twain"). The Celebrated Jumping Frog of Calaveras County, And Other Sketches. By Mark Twain. New York: C.H. Webb 1867. 12mo, original red cloth, the frog, in gilt, is in the lower left part of the front cover, bevelled edges, rebacked with nearly all of original spine laid down, skilfull repairs to fore-corners. FIRST EDITION, Second Printing (without the inserted advertisement leaf and with the broken type), PRESENTATION COPY TO HIS CLOSE FRIEND JAMES HENRY RILEY, inscribed by Clemens on front flyleaf: "To J.H. Riley With compts [compliments] of Mark Twain"; with a gift inscription by Riley in light pencil at the top of this flyleaf: "J.H.R. to E.H. [W.?] February 26th/68." BAL 3310; Johnson/ Clemens , p. 3; Zamorano 80, no. 17. Copies of The Jumping Frog bearing contemporary and significant presentation inscriptions by Twain are extremely rare. "...James Henry Riley [was] Clemens' drinking and talking companion from newspaper days in San Francisco and Washington. Riley was a kind of flesh-and-blood Doppelganger of the unregenerated Clemens, and their careers and personalities ran somewhat parallel...In Roughing It [1872] Clemens wrote about his first impressions of the seedy and forlorn Riley in San Francisco: 'He was full of hope, pluck, and philosophy; he was well read and a man of cultivated taste; he had a bright wit and was master of satire; his kindliness and his generous spirit made him royal in my eyes and changed his curbstone seat to a throne and his damaged hat to a crown'" (Justin Kaplan, Mr. Clemens and Mark Twain: a Biography , New York, 1966, p. 125). But Riley is best remembered as the luckless figure involved in a bizarre and futile collaboration with Clemens. In the fall of 1870, as news of the South African diamond-rush spread, Clemens sensed that a popular account would be a sure commercial success. He was determined to write a book on the subject -- but without going there. Instead, he planned to send a proxy, a journalist, who would serve as information gatherer. From the proxy's notes and interviews, Clemens would concoct the book, which his Hartford publisher Elisha Bliss would issue, earning Clemens and his proxy a fortune. John Henry Riley would be his surrogate. In Washington as a reporter for the Alta California , Riley "suddenly became the target of a barrage of solicitations from Clemens [living in Buffalo]. He was as fired up about diamonds as Clemens" (Kaplan, p. 125). After wildly enthusiastic proposals from Clemens, Riley accepted the offer, hoping to get rich in the diamond fields. But the venture proved ill-fated: Riley's ship ran aground far north of Captetown, and after three months' difficult travels in the interior of South Africa, he emerged with only a few worthless mining claims. By the time Riley returned to America in August 1871, Clemens' ardor for the project had cooled (he had also begun writing Roughing It ) and Riley's health was in decline. The hapless Riley died, from a disease contracted on his journey, in Philadelphia (appropriately) in September 1872. For a detailed account of the Clemens-Riley fiasco, see Kaplan 124-129. 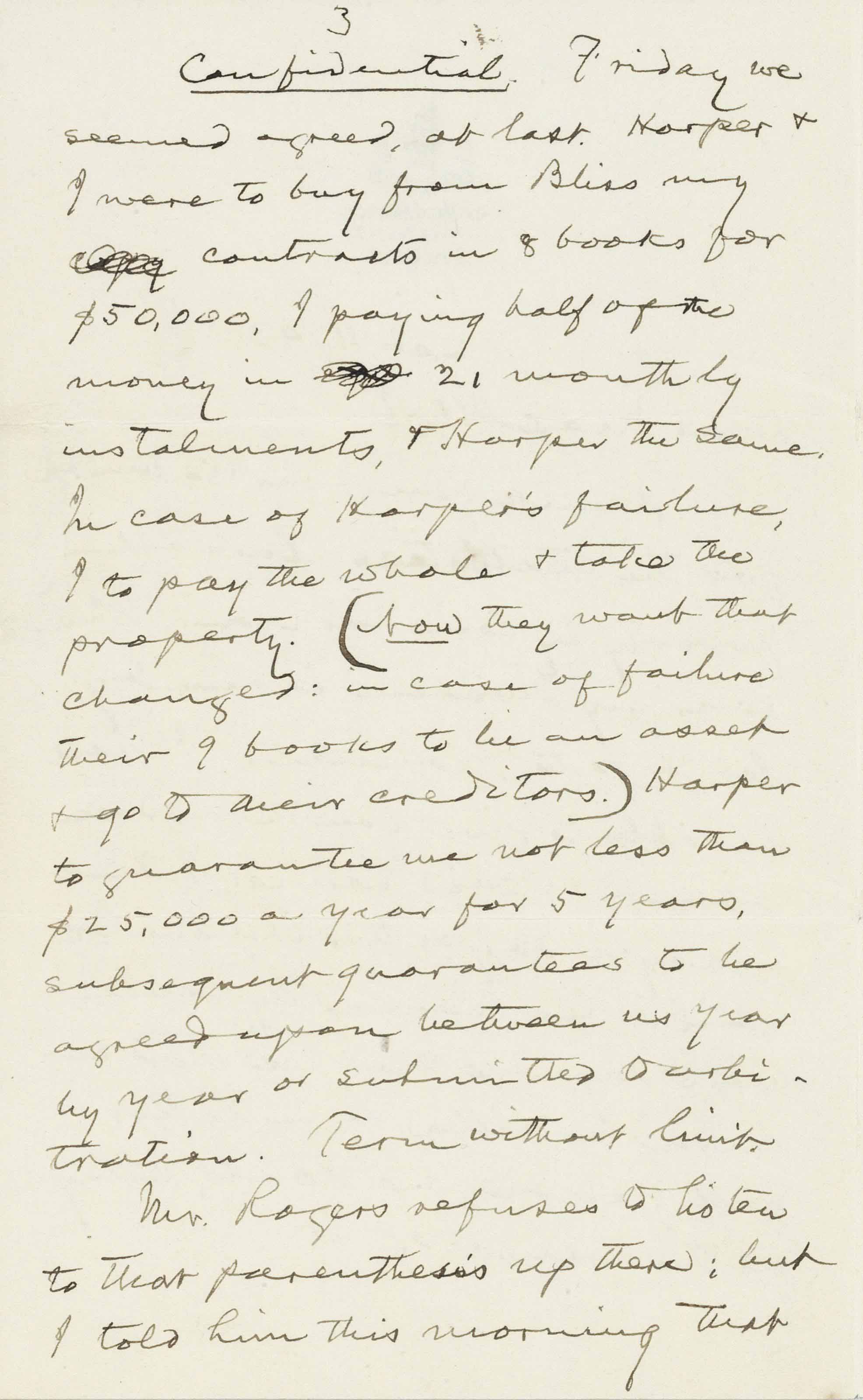 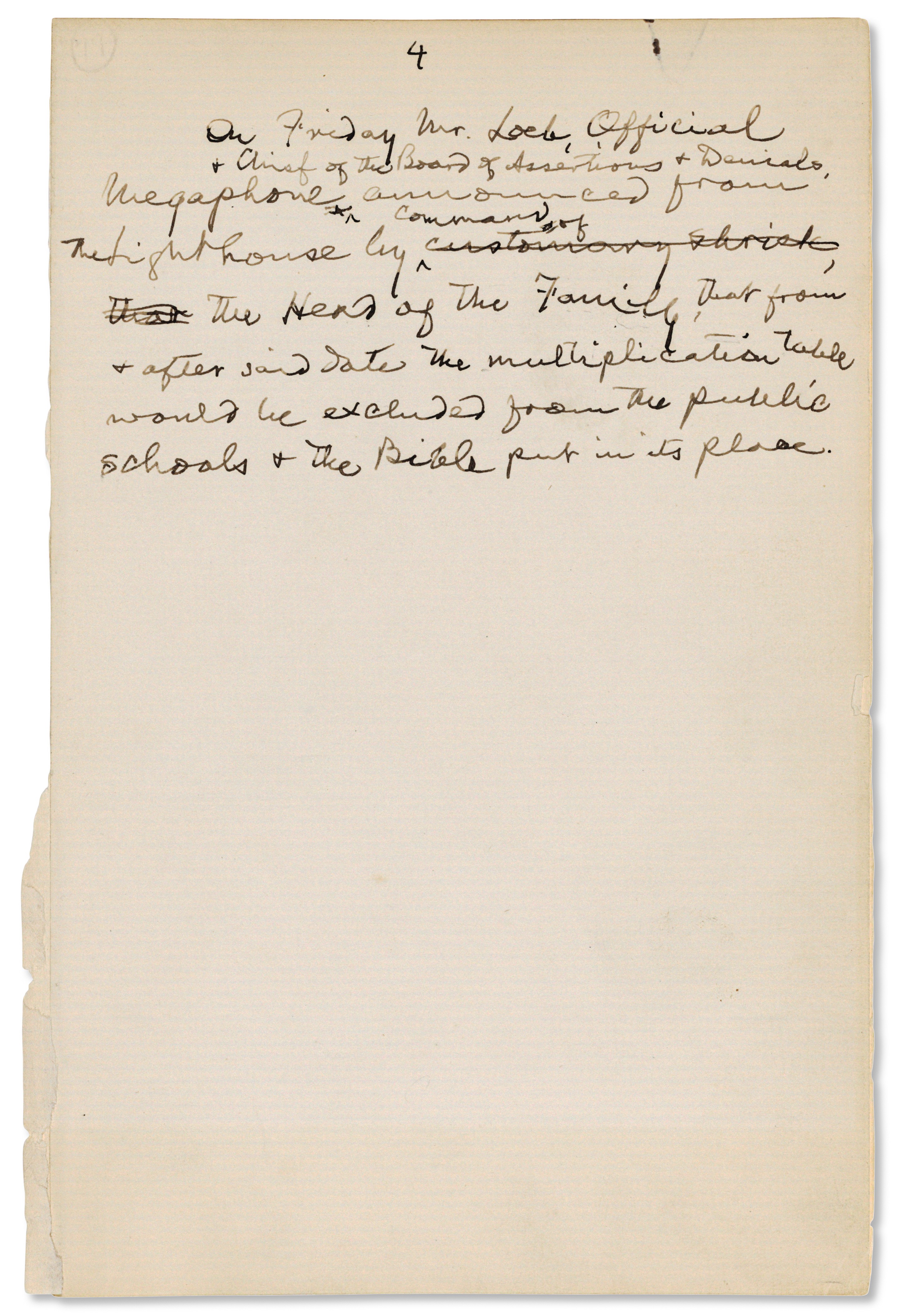