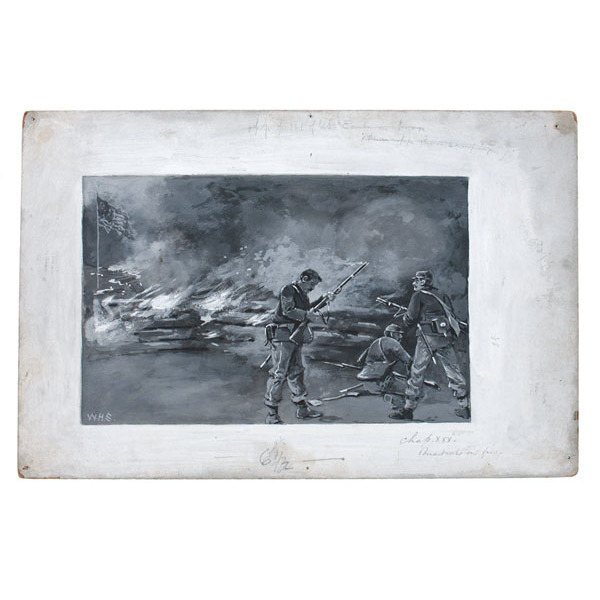 Lot of 4, including 2 pen and ink drawings by John R. Chapin; gouache painting by William Henry Shelton; and a copy of Warren Lee Goss' Recollections of a Private. New York: Thomas Y. Crowell, 1890. John R. Chapin (1823-1907) was an accomplished 19th Century artist and illustrator out of New York whose work appeared in publications such as Harper's Weekly. He was also a noted Civil War field artist who produced the famous sketch entitled The Surrender of Lee's Army of Northern Virginia, April 12, 1865, which is housed at the Library of Congress. The first of Chapin's pen and ink drawings is titled, Bugler, and signed lower left J.R. Chapin, 8.5 x 11 in. The second is titled in pencil, A Zouave, and signed lower left by Chapin, who notes that the drawing is after a sketch by J.H. Goater, 7 x 10.25 in. With penciled printing instructions in the lower margin of the drawing, including a reference to Chap IX. In fact, A Zouave? as well as Bugler were engraved by George T. Andrew for use in Recollections of a Private, by Warren Lee Goss. A copy of the book, which accompanies the lot, features the Bugler at the start of chapter five and A Zouave at the start of chapter ten. Born in Allen's Hill, NY, William Henry Shelton (1840-1932) served with the 1st New York Light Artillery and commanded a section of Battery D during the Battle of the Wilderness, where he was taken prisoner on May 5, 1864. After escaping from Camp Sorghum, SC, in November of 1864, Shelton worked his way up to a 1st Lieutenant near the close of the war. He was not only an accomplished soldier, but also a successful painter, illustrator, and writer who studied at the Art Students League and had work exhibited at the Art Institute of Chicago, the Pennsylvania Academy, and the Brooklyn Art Association. Shelton's dramatic gouache painting offered as part of this lot is titled lower right Breastworks on Fire, and captures three Civil War soldiers with their rifles, ready to go into a battle, with the American Flag flying in the distance. Image measures 8.25 x 12.75 in., on hard board, 12.25 x 18.5 in. With Shelton's initials lower left, in the image. An illustration after this painting is also included at the head of chapter 30 in Recollections of a Private. Condition: Chapin's drawings slightly soiled, but in very good condition overall. Shelton's gouache painting with wear along the perimeter of the board, including small holes in each corner of board, not impacting battle scene. Shelfwear to Goss book. 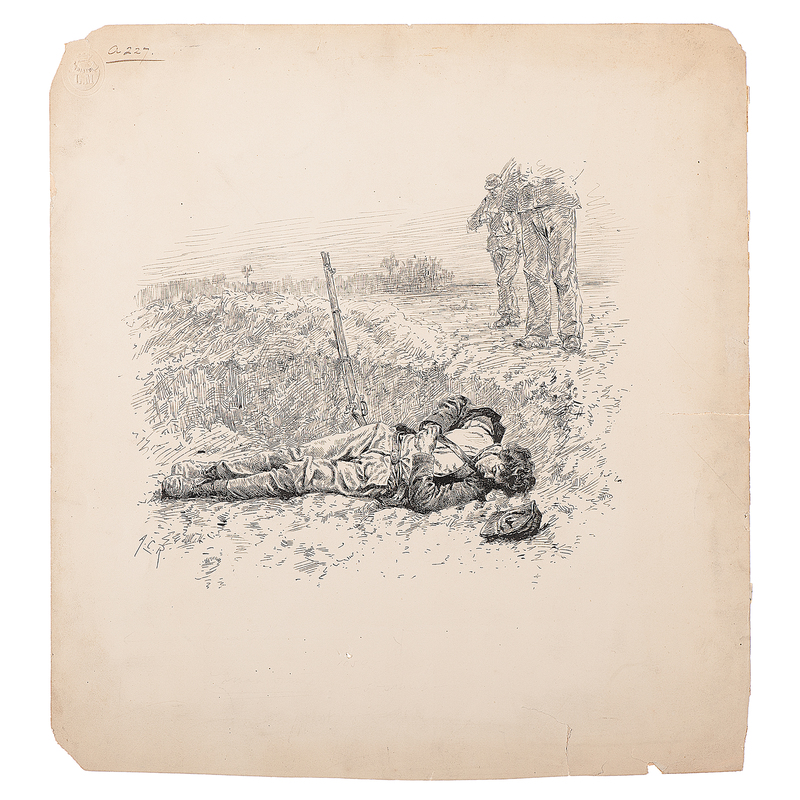 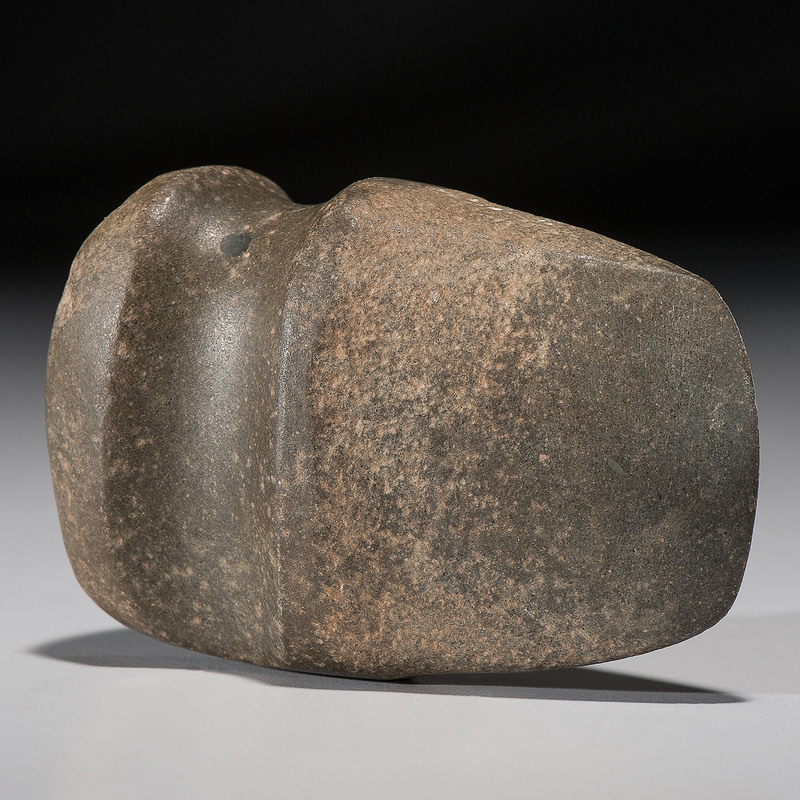 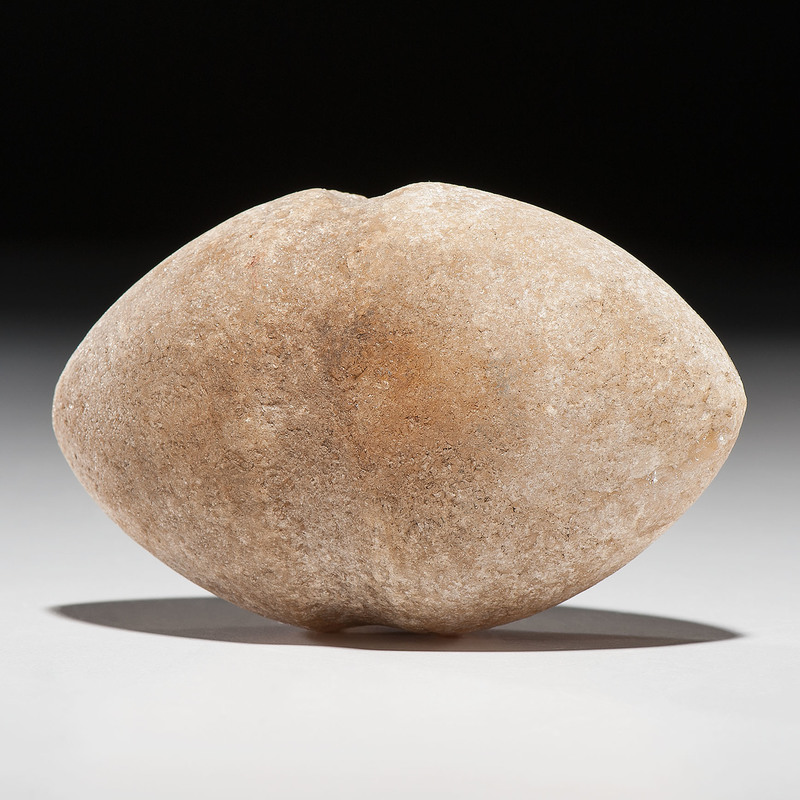 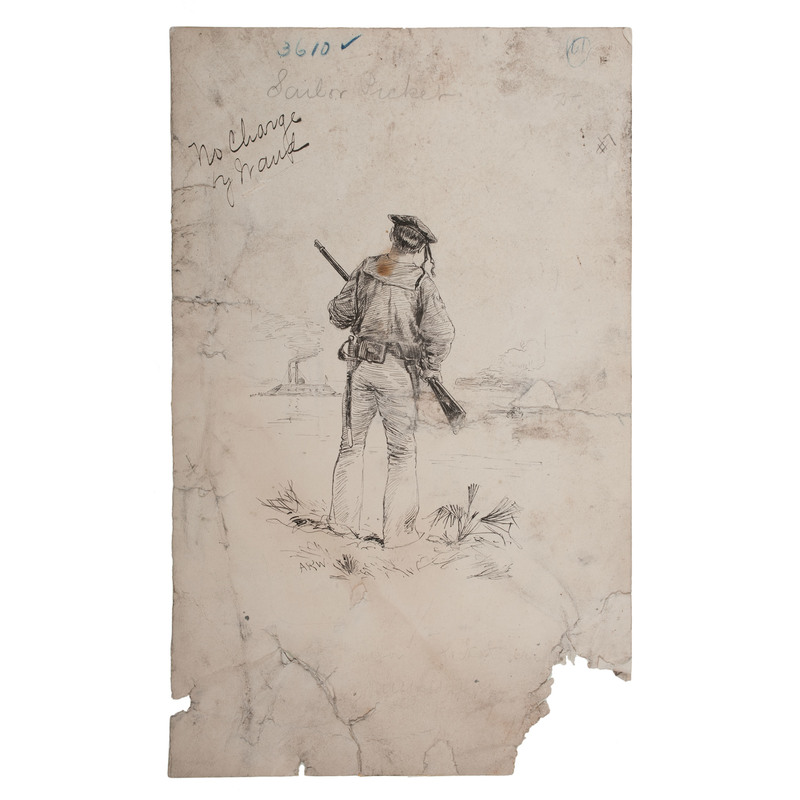 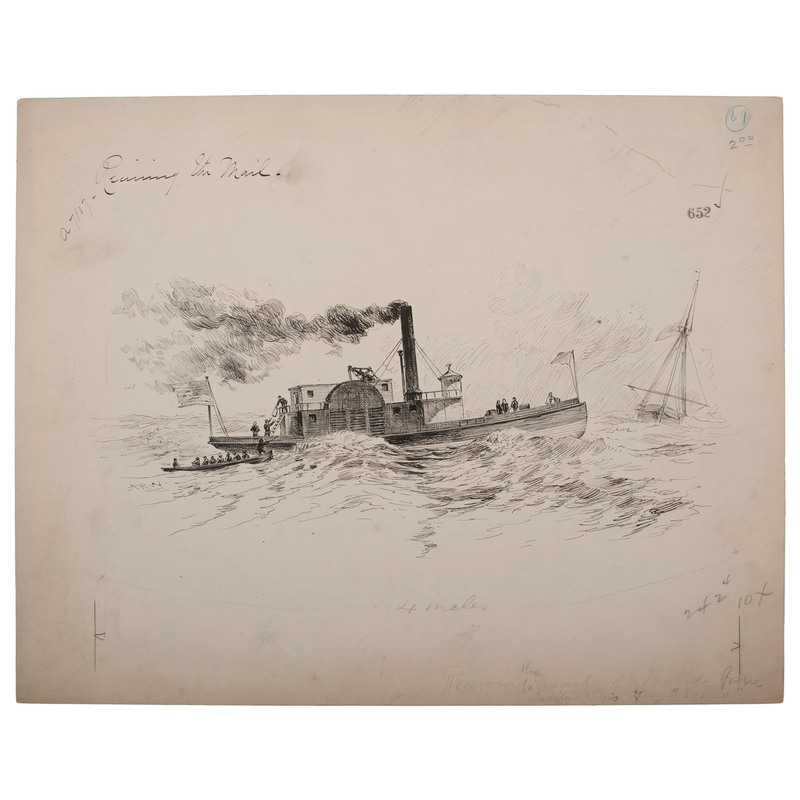 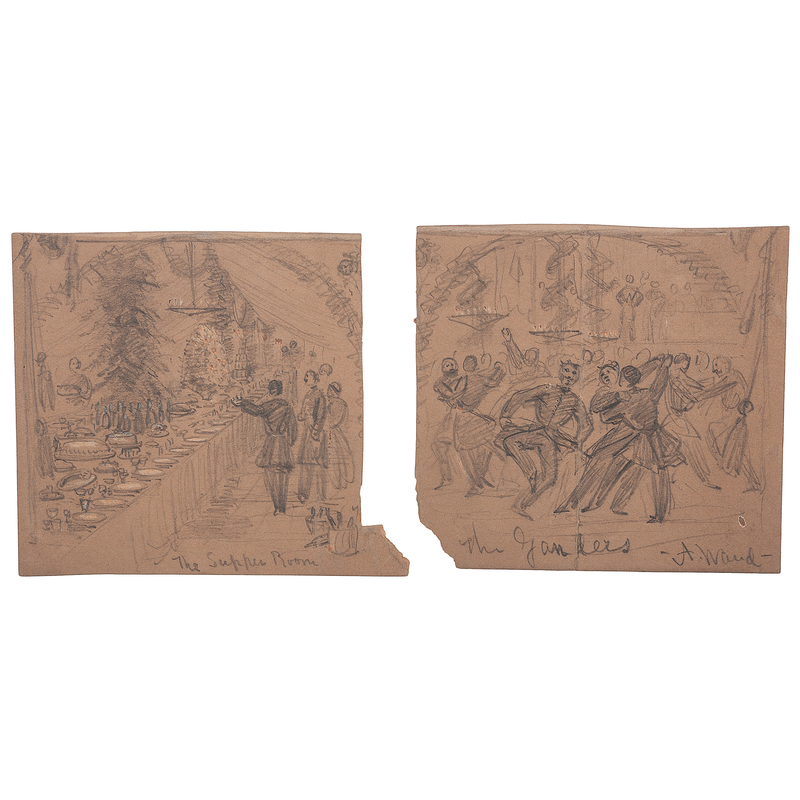 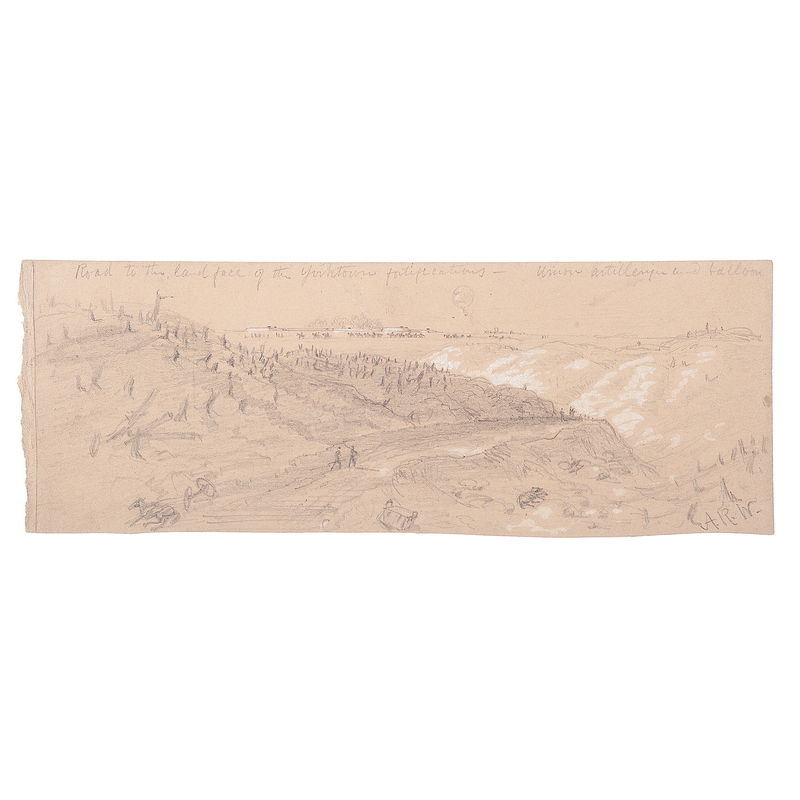 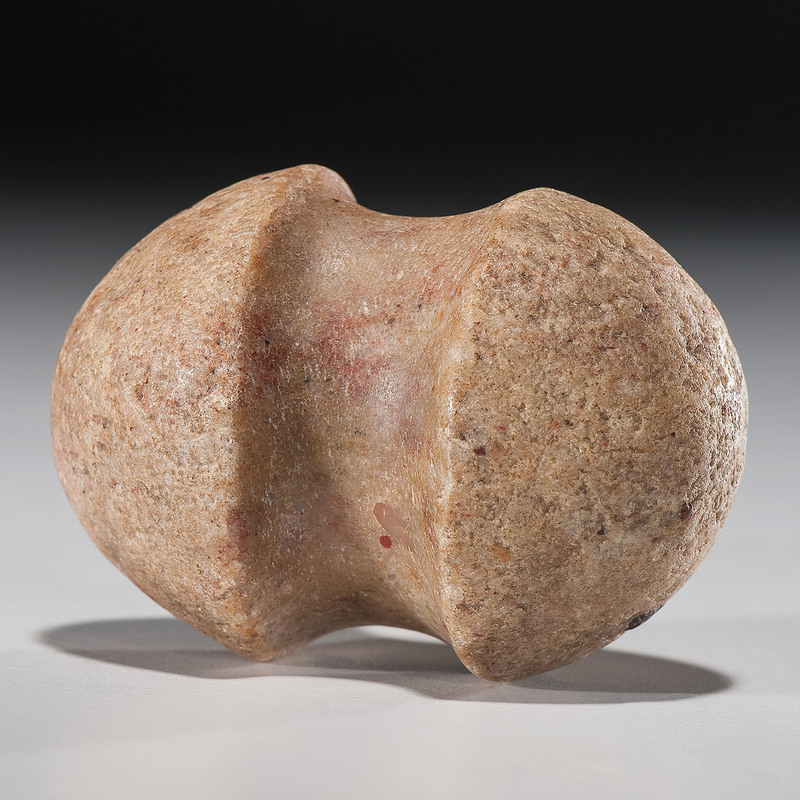 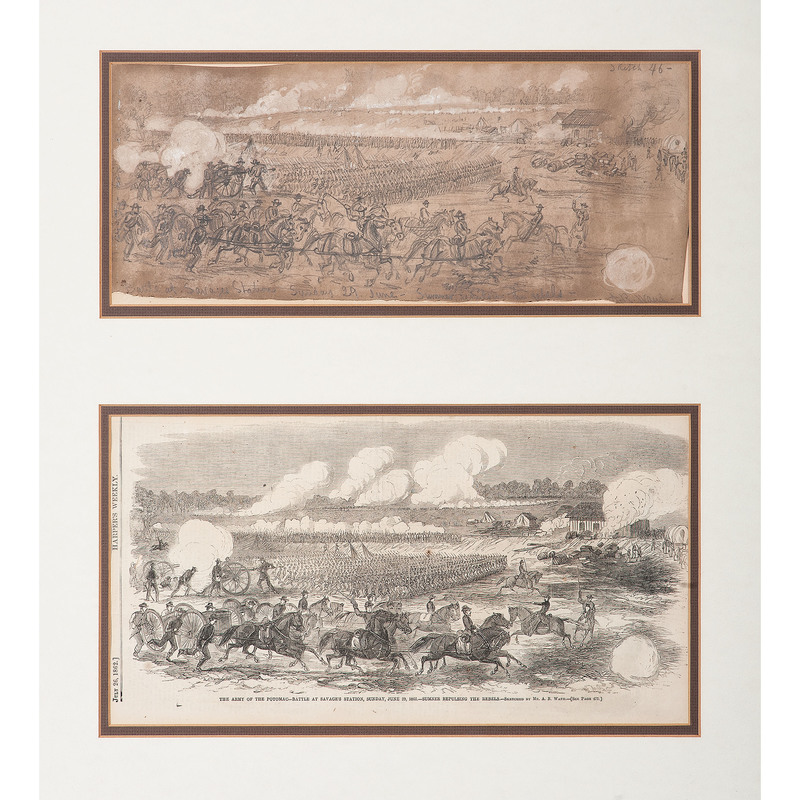 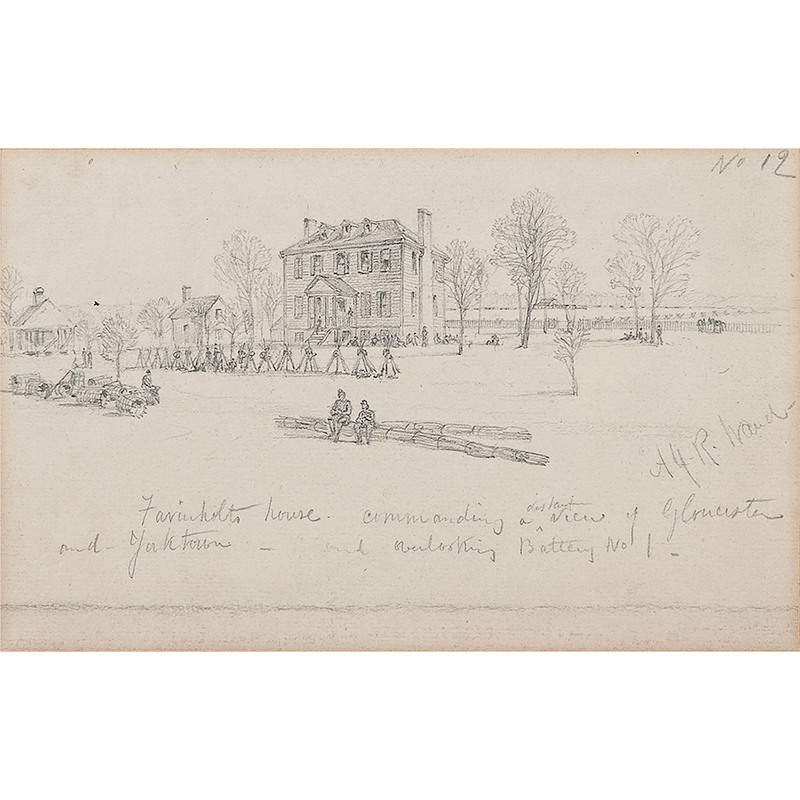 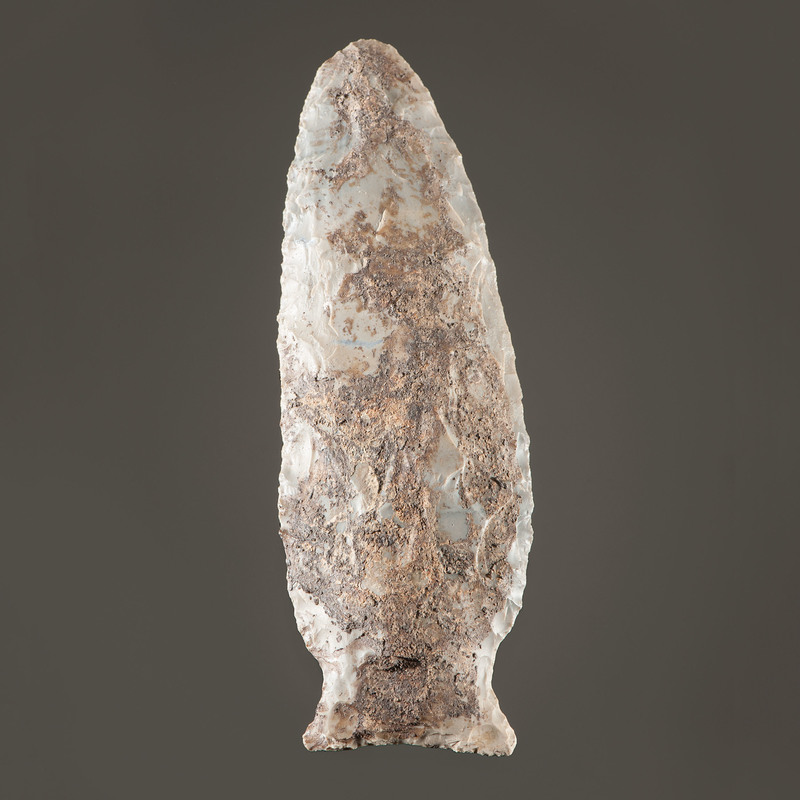 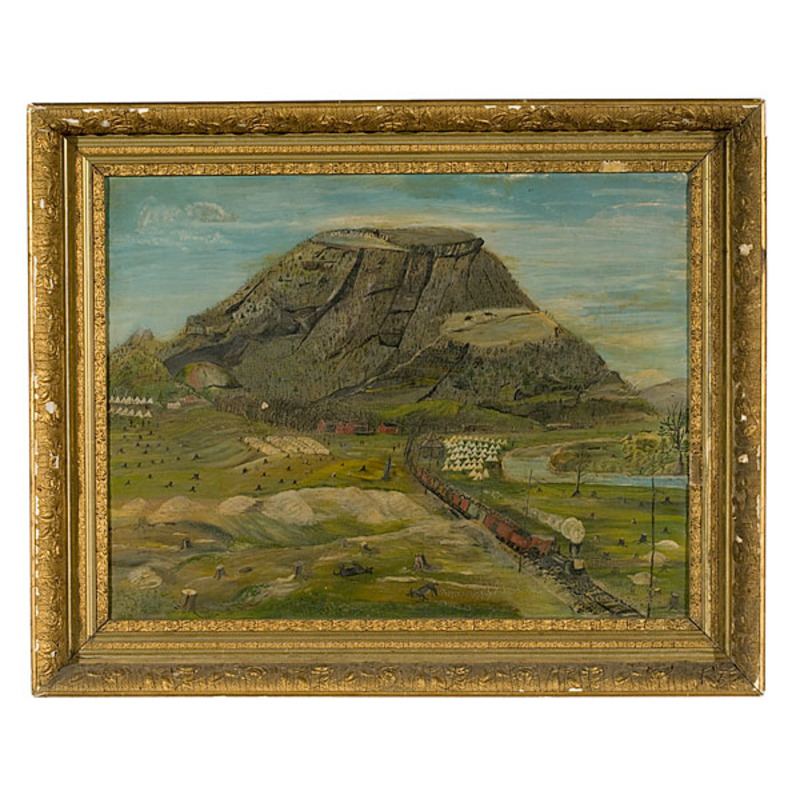