Anne Boleyn and other poems by Loyd Haberly, Newtown, Montgomeryshire, 1934, top edge gilt, remainder untrimmed, original brown morocco, gilt device to upper board, limited edition 88/300, 4to, together with The Romaunt of the Rose. Rendered out of the French into English by Geoffrey Chaucer Illustrated by Keith Henderson and Norman Wilkinson published for the Florence Press by Chatto and Windus, 1907, 20 tipped-in colour plates, some offsetting and a few spots, original limp vellum gilt, silk ties, limited edition, 232/500, 4to, with four others: Thomas Tusser's Five Hundred Points of Good Husbandry, 1931 (one of 500 copies), John Earle's Micro-Cosmographie or, a Piece of the World Discovered, CUP, 1903 (one of 250 copies), Sir Philip Sidney's The Defence of Poesie, CUP, 1904 (one of 250 copies) and Henry Williamson's The Star-Born, illustrated by C.F. Tunnicliffe, 1933 (6) 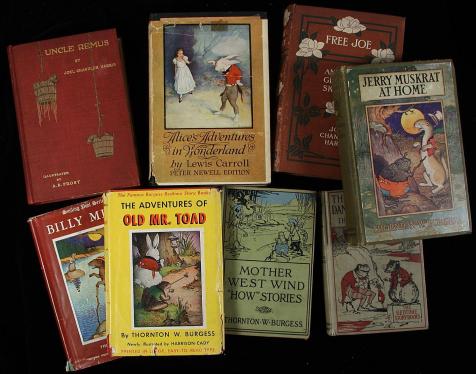