CAMPBELL, Colen (1676-1729). Vitruvius Britannicus, or the British Architect, Containing the Plans, Elevations, and Sections of the Regular Buildings, both Publick and Private, in Great Britain ... In III Volumes . London, [ circa ?1751]. Three volum...

CAMPBELL, Colen (1676-1729). Vitruvius Britannicus, or the British Architect, Containing the Plans, Elevations, and Sections of the Regular Buildings, both Publick and Private, in Great Britain ... In III Volumes . London, [ circa ?1751]. Three volumes. -- [Continued as:] WOOLFE, John (d. 1793) and James GANDON (1742-1823). Vitruvius Britannicus, or the British Architect; Containing the Plans, Elevations, and Sections; of the Regular Buildings Both Public and Private, in Great Britain. Comprised in One Hundred Folio Plates, Engrav'd by the Best Hands . [London], 1767-1771. Two volumes. Together 5 volumes, large 2 o (545 x 372 mm). 5 engraved title-pages and 4 engraved dedication leaves, double-column text in English and French. First work containing 295 engraved plates after Campbell, most by H. Hulsbergh, on 236 sheets, 59 double-page; second work containing 196 engraved plates after R. Adam, W. Chambers, H. Flitcroft, T. Gandon, W. Kent, B. Leoni, R. Morris, S. Wright et al, by M. Darly, T. Gandon, T. Miller J. Roberts, T. Woolfe et al, on 154 sheets, 42 double-page. (Plate 98 bound after 99/100 in volume 2, right folding panel of plate 73 lacking in volume 4, some occasional mostly unobtrusive soiling, creasing and light wear along folds.) Uniformly bound in contemporary tree calf (rebacked, some old repairs to covers, light wear at extremities). Third edition of the first work, FIRST EDITION of Woolfe and Gandon's continuation of one of the most important contributions to 18th-century architecture. Campbell's work was produced over a long period of time and the full number of variant states has yet to be set forth in a descriptive bibliography. This setting of the text is similar to Harris 103, the contents but not the sample catchwords agreeing. The title-page is in Harris's fourth state and some of the variant states given by Harris (pp. 147-8) are found in the present copy. The subscribers's list and privilege leaf are found in the earliest issues only, and the plate of Umberslade called for in some bibliographies is not present here, but "no copies of either the 1725 or of the 1731 variant with the Umberslade variant have been located in public ownership" (Harris p.148). The work as continued by Woolfe and Gandon attempts to adhere to the form established by Campbell, yet differences are revealed. Campbell's work was a well-marketed attempt by its sponsor Joseph Smith to appeal to a wealthy audience and also a determined calculation on the part of its author to promote his own architectual career. Despite these commercial ends, however, Vitruvius Britannicus became a pioneering work in the rise of neo-Palladianism in early 18th-century Britain. Woolfe and Gandon, two young architects, appear to at least initially have thought of their venture in mostly commercial terms, hoping to capitalize on the success of the first series. Their assertion of British superiority and their lack of comparative structure prove a somewhat less-coherent study. Throughout, however, the engravings are of very high quality, depicting a wide range of subjects throughout Great Britain. Fowler 76 (vols. 1-4, first editions); Harris 103 (variant), 945; Middleton et al, The Mark J. Millard Architectural Collection: British Books 10, 94. (5) Vitruvius Britannicus: Or, The British A 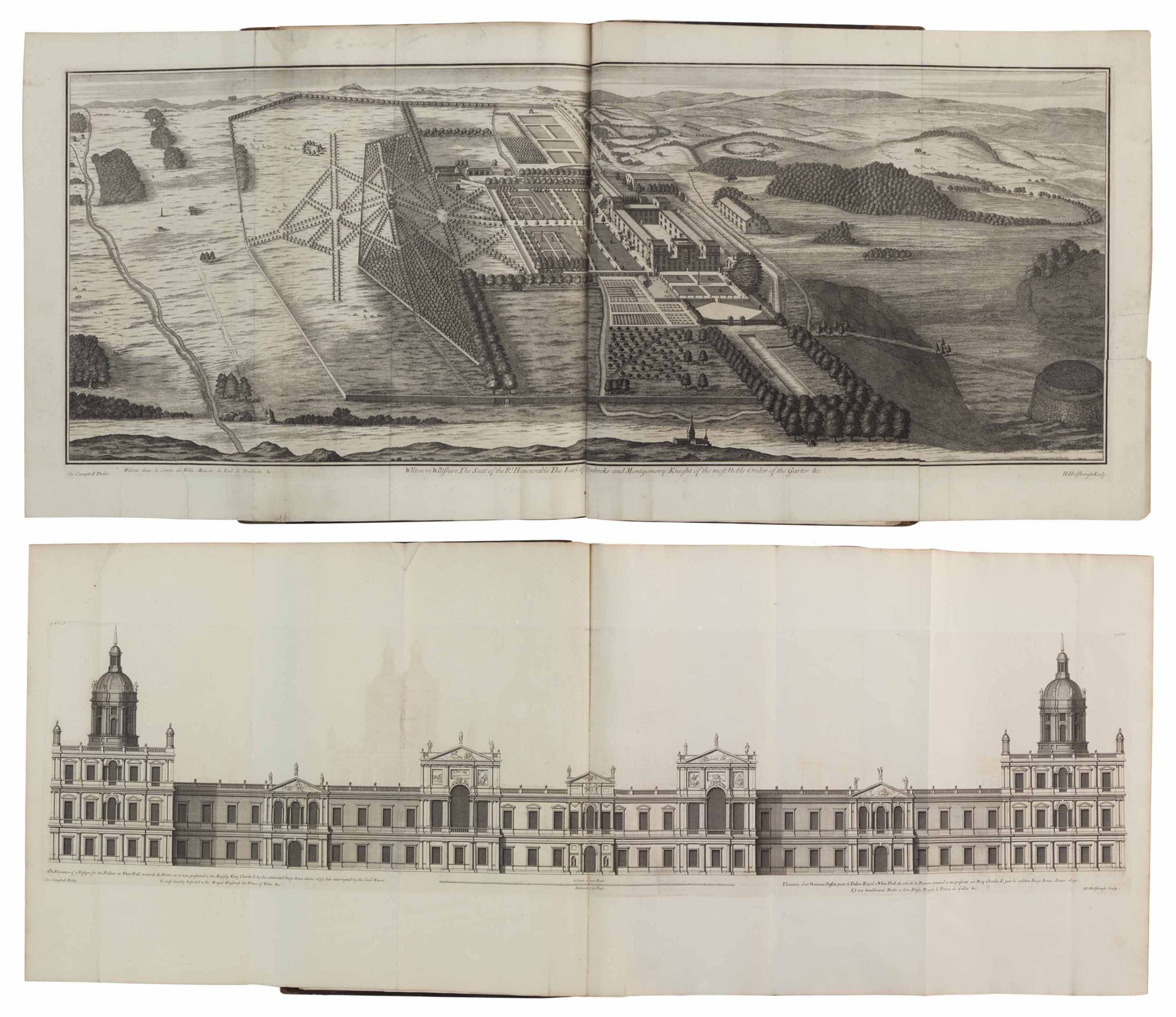 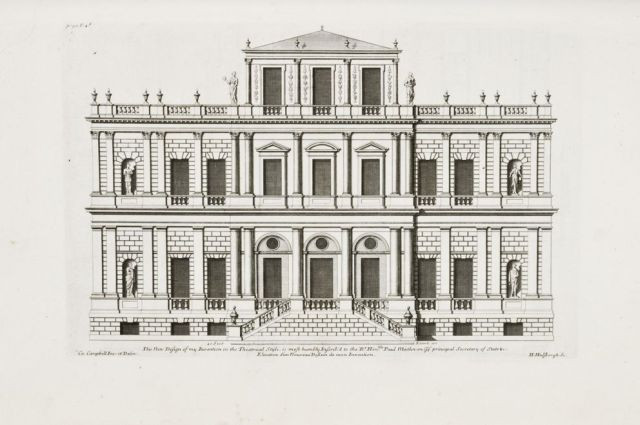 VITRUVIUS BRITANNICUS or The British Arc