Brooke (Rupert), Robert Graves, Edward Thomas etc.- Gosse (Sir Edmund, writer, 1849-1928) 11 Autograph Letters signed to John Drinkwater, 38pp., 8vo, Regent's Park & elsewhere in London, 6th April 1913 - 21st October 1926, on their mutual interest in Swinburne, "I wish you had remembered that since Swinburne's death, no one has done so much for his memory as this same obscure 'Edward' [Edmund Gosse]", on Rupert Brooke, "There is rather comforting news about our poor Rupert. It appears that he entirely recovered, and reached the Dardanelles happy and well. He seems to have got blood-poisoning... . How he came to the French hospital is still obscure. But he neither died nor was buried in Lemnos, but, it appears, in Tenedos" [actually Skyros], and "I shall look forward very eagerly for your article on Rupert. It is desirable that his friend should record the truth, because already one of those odious 'legends' which British sentimentality is always ready to form is being wound about his name. A little more, and those who really loved and comprehended him will be elbowed out of court by those who never saw him or contemplated his real nature", on the dedication to Gilbert Cannan, a conscientious objector, of his Great War play X=O, "... at this dreadful moment, the peace-at-all price and conscientious cowards should be kicked out of all honorable stations. The blood of poor Edward Thomas, itself, cried out against them", and Robert Graves, "Robert Graves announced to us yesterday that he is going to be married to a very young daughter of the painter W. Nicholson. It seems rash, but all life is an adventure: he goes out to Mesopotamia (or Palestine) immediately afterwards", folds; Gosse (Edmund) The Songs of Shakespeare, corrected proof copy with presentation inscription from Gosse to Drinkwater and an etching of Gosse in his study by Sylvia Gosse inserted, 1916; and a small quantity of other letters to Drinkwater, including: Laurence Housman, Harold Monro, John Masefield, Clement Shorter, Humbert Wolfe and John Galsworthy, folds v.s., v.d. (qty). ⁂ "The blood of poor Edward Thomas, itself, cried out against them." - Edmund Gosse. Included with this lot is an ALs from Galsworthy to Drinkwater and some copies of correspondence between Edmund Gosse and Drinkwater concerning James Joyce's Ulysses, "E.G. is dead and Joyce is alive - incidentally I understand he is going blind... . The appearance of Gosse's use of the words 'infamous', 'disgusting', 'outrage', 'nightmare of obscenity and chaotic babble' will I imagine rouse, if not Joyce, his disciples to a counter fury. Is it desired to to raise a battle round this ill starred book? If so, of course, print." - Galsworthy. 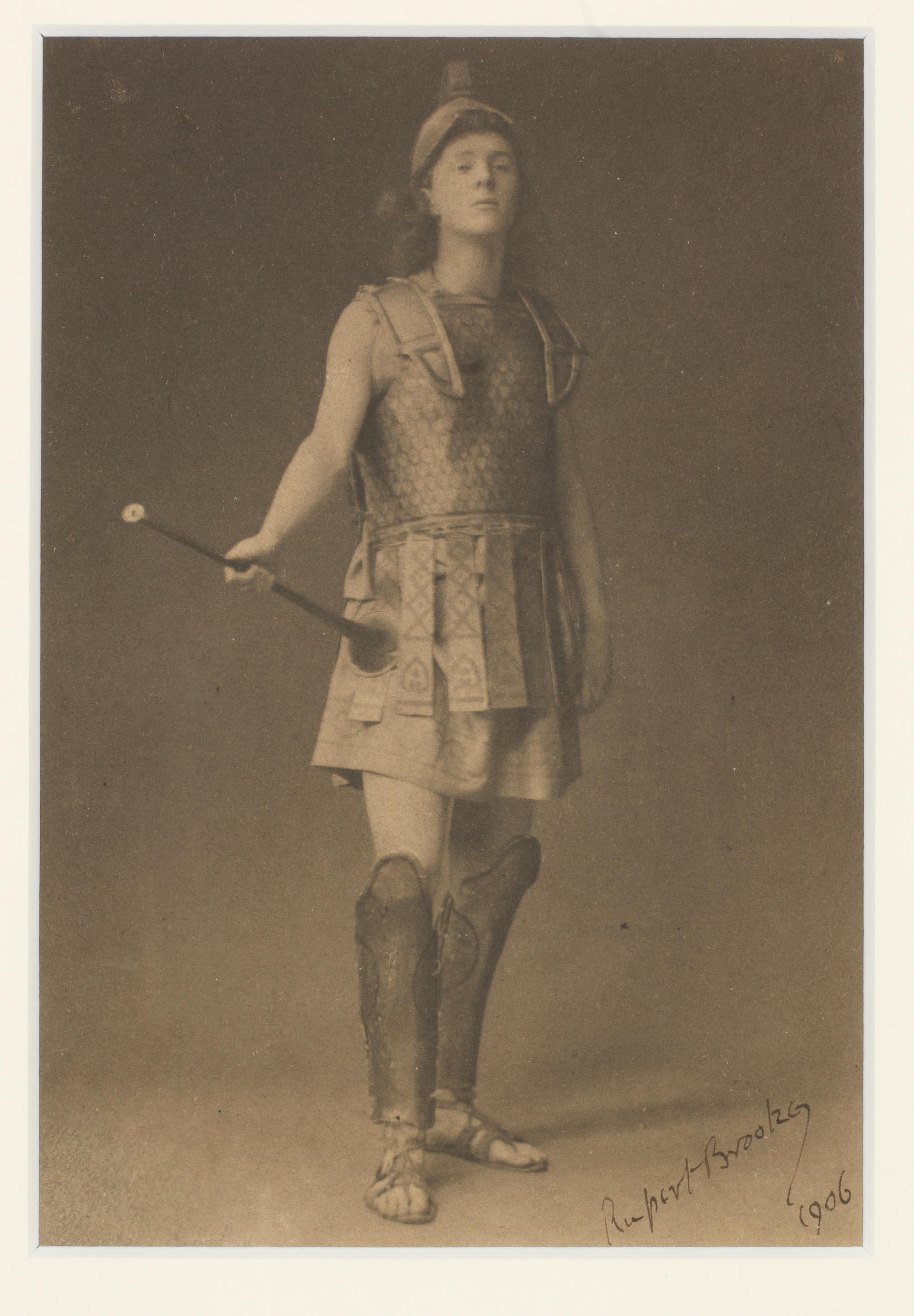